At first glance, Tekken Hybrid looks like a pretty full package.  It comes with an HD version of the venerable Tekken Tag Tournament, which was both an arcade and PlayStation 2 title.  It also comes with a completely CGI movie called Tekken Blood Vengeance and Tekken Tag Tournament 2: Prologue.  All in all, it is a pretty good package that provides some value for fans of the series, but how does it hold up? 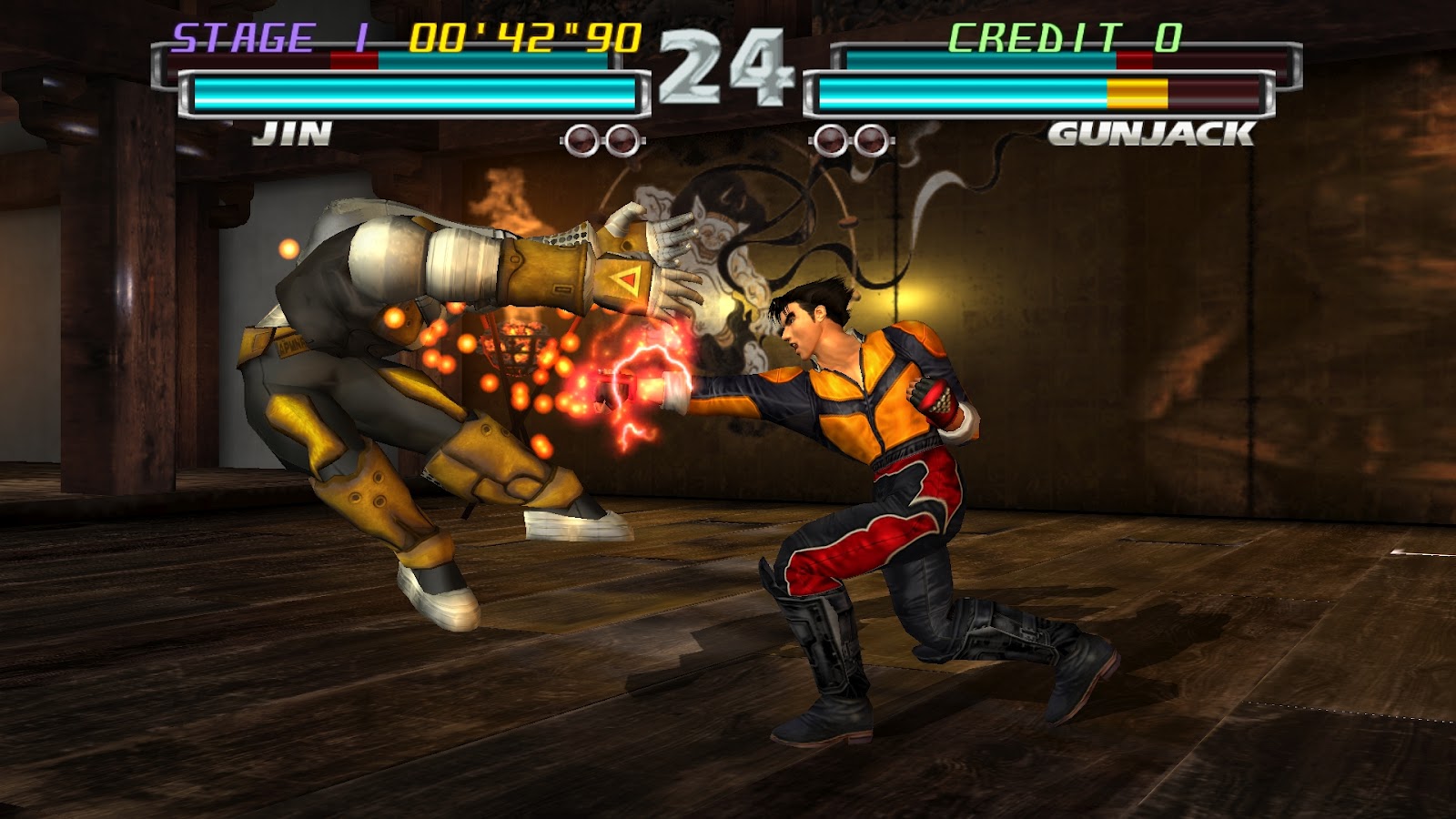 For those unfamiliar with Tekken, this was probably one of the most successful 3D fighters of all time.  Most of the games have been of the 1-on-1 variety, but Tag introduced teams over two versus one another.  There is a tag/swap mechanic like those found in one of say, Capcom’s ‘vs’ titles like Marvel vs. Capcom 3.  One wrinkle that is different though is that if either of the two fighters is downed, that team loses.  This is a stark difference from the older Capcom fare (though I have read this is the system implemented in Street Fighter X Tekken) and forces you to change your strategy up a bit.

Tekken Blood Vengeance is a decent little movie.  The Tekken series is not known for its incredible storyline, and I was surprised to find that this movie (which rings in at just over one and a half hours) features very little actual fighting until the end.  All in all, it fairly entertaining stuff for longtime fans of the series, but I could see it being very confusion to newcomers as well.  It is all animated really well, and the voice acting wasn’t horrible, so all in all this blu-ray movie was a nice little addition, though I probably will not bother to watch it a second time as the story and characters (and it was lacking some of my favorite characters) let a bit to be desired.

Tekken Tag Tournament 2: Prologue is just a sample of things to come and even has a handful of trophies slapped in there for good measure.  You only have access to four characters: Devil Kazuya, Devil Jin, Alisa and Xiaoyu.  You also have access to only the arcade mode.  It is fun to see how pretty the upcoming game will look (and it is very pretty), and get a feel for the system mechanics, but there is just not enough here to keep you busy for more than an hour really.

This takes us to the primary thrust of the review.  You will spend the rest of your time playing Tekken Tag Tournament in is new HD form, and this is what I will further break down.

I would love to score this game higher, because the HD does look better.  Still, the game is old, as it was released very early in the PlayStation 2 generation, and does not hold up spectacularly well now, even with the fresh coat of paint.  Back then the game was visually stunning, but now it lacks a lot of detail and while the improvement is there, I have seen better remaster jobs this generation. I like the Tekken music better than say, Capcom vs. Marvel 2 or Street Fighter 4, but it is still mostly forgettable stuff.  There is some limited voice work, and that does help to break up the audio monotony some, but it is far from great either.  Basically, both sound and music get the job done, and little more.

You know what?  This game still handles pretty well.  There are some deep mechanics in the fighting, and for fans of the Tekken series the tagging aspect adds some new wrinkles to the package.  That said?  In a way the Prologue hurt my appreciation for the original, because I did enjoy the feel of the upcoming game more than the one I was currently playing. 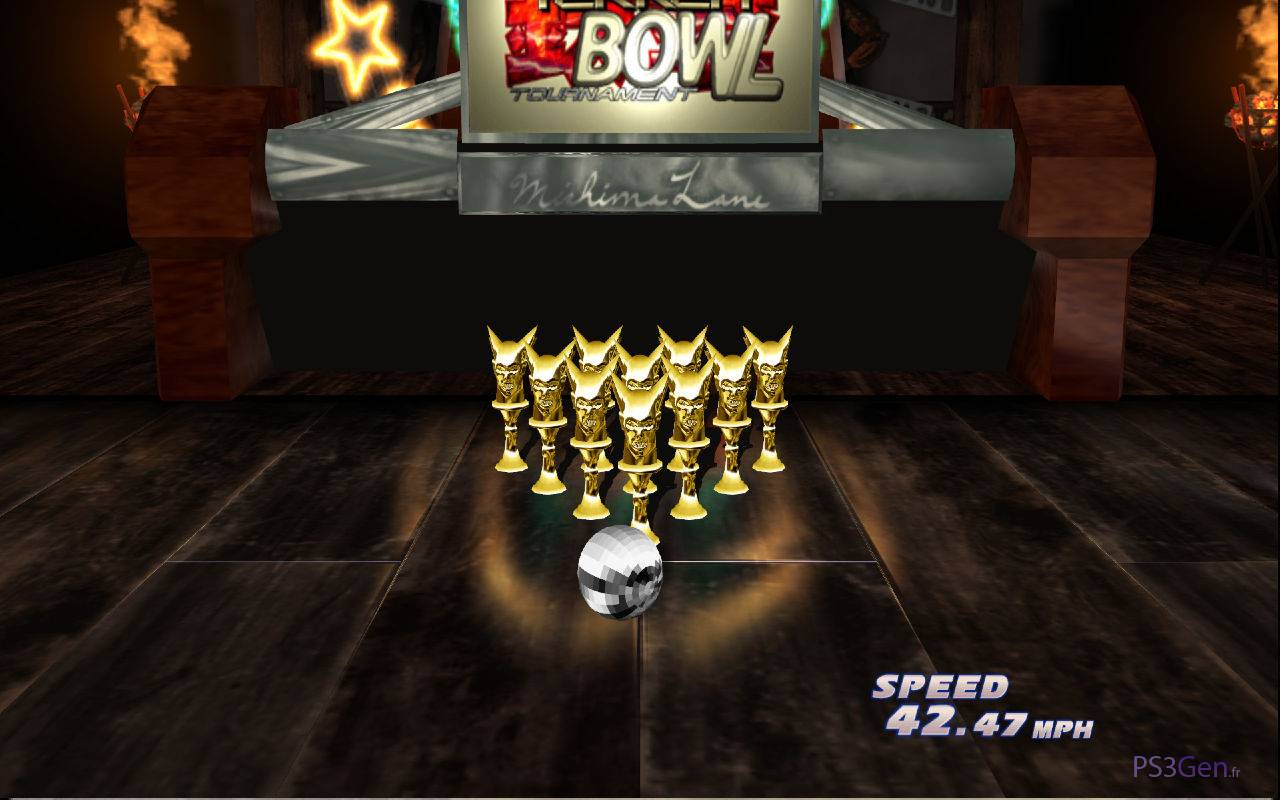 For starters – there are a ton of characters here to choose from.  Tekken games usually come with several modes, and the original Tag was no different in that regard.  There is a great practice mode (I’ve always enjoyed the Tekken practice modes because there is so much information and so many settings you can apply for improving your skills), the arcade mode, a survival mode, a time attack mode, a versus mode, a Tekken bowling game (I am not making that part up), and also access to unlocked movies and endings.  The lack of online competition was a bit of a bummer though.  I realize it was not in the original game, but it would have really extended the life of this game quite a bit.

One annoying oddity – they make you install most of the content to your hard drive.  If you are on a system with limited space remaining, keep that in mind.  You still have to have your discs, but there was a very lengthy install period for this title.

For people who enjoy hunting trophies, there are plenty of easy ones to get here.

This game did its job.  It got me interested in Tekken yet again, and has me anxiously awaiting the upcoming Tekken Tag Tournament 2.  There is a lot of nostalgic value in Hybrid for me.  My roommate back then had a PlayStation 2 – and this and Madden were the two games we all played very regularly.  The combat system favors skill over luck, but mashing buttons did allow for the occasional lucky win, which made the game more accessible to our friends who came over to visit.  The introductory movie made me smile when I figured Hybrid up, because I immediately flashed back to the original PlayStation 2 game.  However, it does show its age and while the extras are nice, they are probably not worth considering if you are contemplating buying this game as they only add a couple of hours to the experience.  The original Tekken Tag Tournament is where you will spend most of your time, and while it was fun to go back, it is not quite as good of a game as some of the current generation releases.