This is a game that I really wanted to like more than I did.  With all the recent talk about Risen 2, I thought it might be a good time to post this review that I have had on my mind for quite some time now.  I have heard that this was a title that was better on PC than Xbox 360, but it is for the latter system I played it.

What is Risen?  It is an open-world action-RPG set against a somewhat generic but pleasant fantasy world.  How long does it take to beat?  That much I’m unsure of.  There were some points of technical excellence, but some failings as well.  I logged about 25-30 hours with Risen before I simply lost interest in it in favor of some other games. 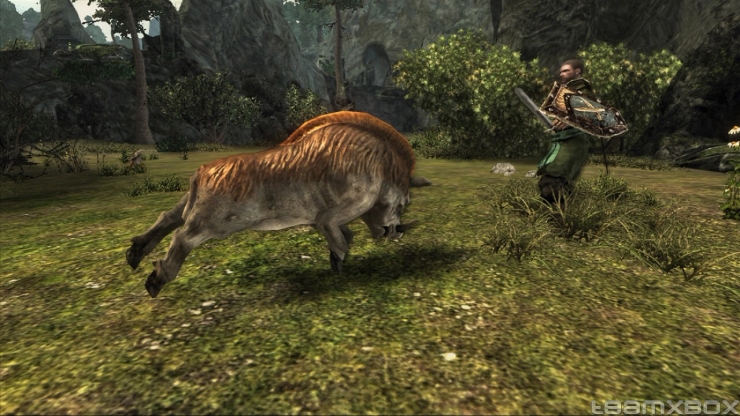 I can appreciate certain aspects of the presentation.  There are some spots where the vegetation and horizon look quite nice, giving the game a sort of realism meets fantasy flair.  The problem is, these moments were too few and far between.  The colors are dark and washed out in a lot of the scenes, giving the game an unpleasant, muddy feel.  The text font also seemed very small – I’m someone who likes to have subtitles on my games (and movies/TV – I blame it on kids being noisy when they were younger), and I found myself squinting an awful lot to read the lettering on my 32″ TV (it was admittedly not as bad on my 52″).

The framerate also had a tendency to drop when I was dealing with three or more enemies at a time, making the already unwieldy combat (more on that late) even more difficult and jerky.  Lastly, there was a some tearing – people moving through or getting stuck on environments and worse yet – IN environments.  If I had really enjoyed the artistic direction a bit more, these other failings would not have bothered me so much I suppose. 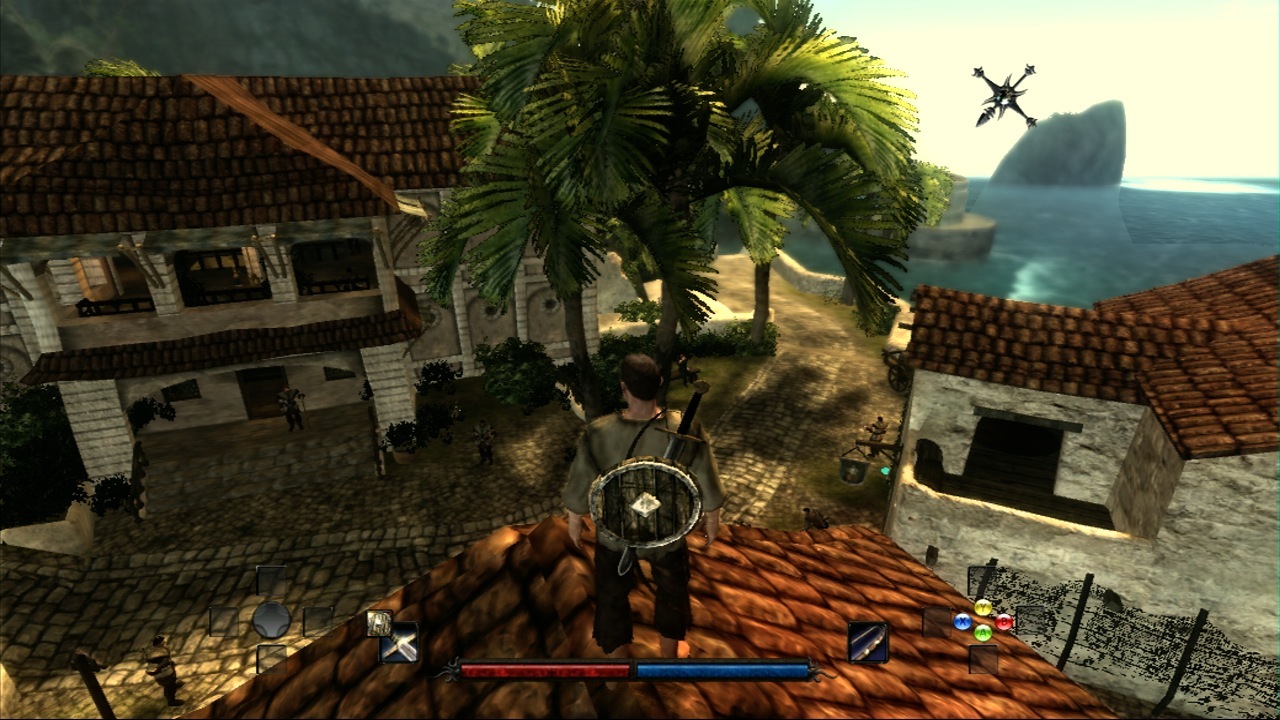 Probably my favorite aspect of the game.  I thought the voice acting was really well done most of the time, and there is a very good musical score taking place throughout as well.  There is good use of ambient sound effects also.  Often times an animal’s noise or a sentry speaking up was my only indication that I was about to be in a fight – and I could usually tell the direction when playing on my surround sound system. 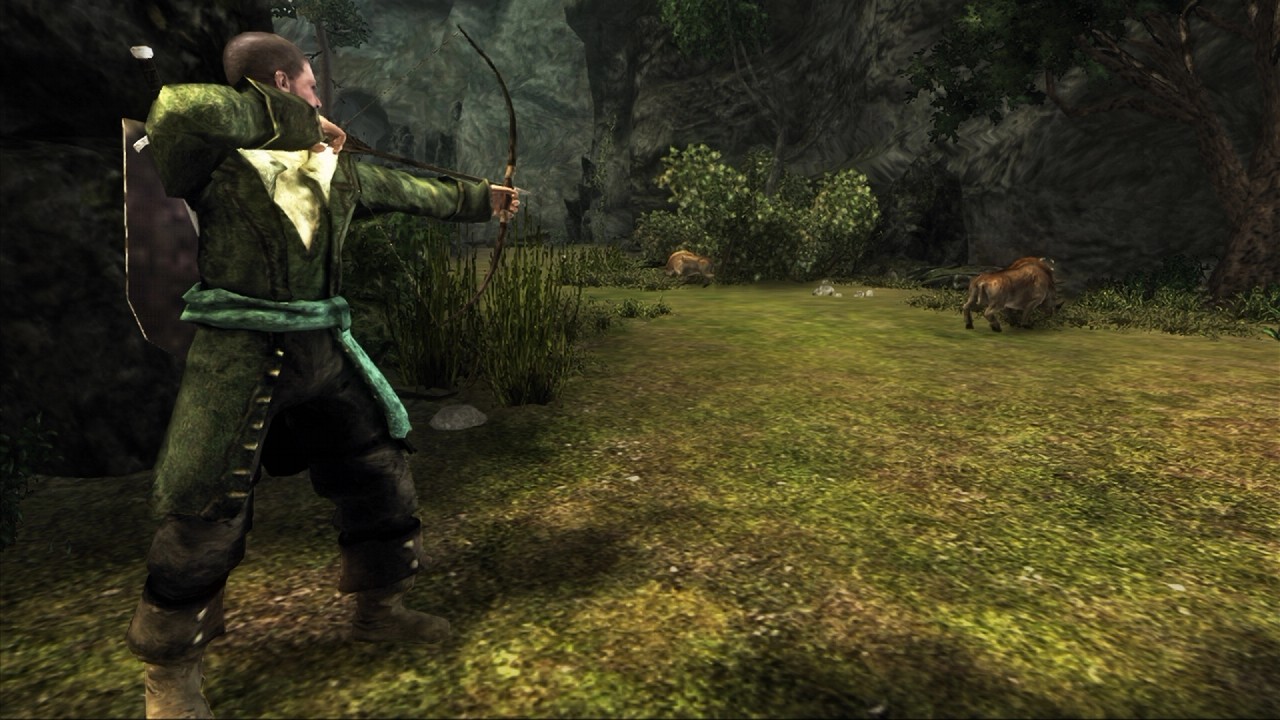 I really, really did not like the combat.  I pick on the hack, step back, hack again combat found in The Elder Scrolls and Risen uses much of the same philosphy.  The problem is, the melee system is even more awkward here, and in several instances I used the environment to win matches I should not have been able to.  Every now and then, if I fought an enemy near a somewhat ‘jagged’ environment, I could get them to lunge into it and essentially get stuck.  This would allow me to step back and take cheap shots at them or simply power into them over and over again, besting guys I probably should not be.

The worst example of this was in this one-on-one style arena in this swampy encampment.  I was fighting the toughest of their men, and I backed him up with a series of powerful strikes, only to find he had somehow backpedaled into the rocky wall behind him.  His arms and his legs were sticking out of it, but he could no longer move forward.  So, I simply hacked my superior opponent into submission for a ridiculously easy, broken win.

The flip side of that, is the combat does not handle well when dealing with multiple enemies.  Too often enemies get around you and pummel you.  They may be far inferior in ability, but they can make up for it in numbers.  Add that to the framerate issues that then occur, and combat was often a lost cause due to technical reasons more than skill-related ones.

Lastly, I was not a fan of the menu system.  I thought it was really slow and uncomfortable to use while trying to shuffle things around in it.  This also translated to the buying and selling aspect of the game. Shops used the same basic menu system, and I just never really seemed to get comfortable with it. 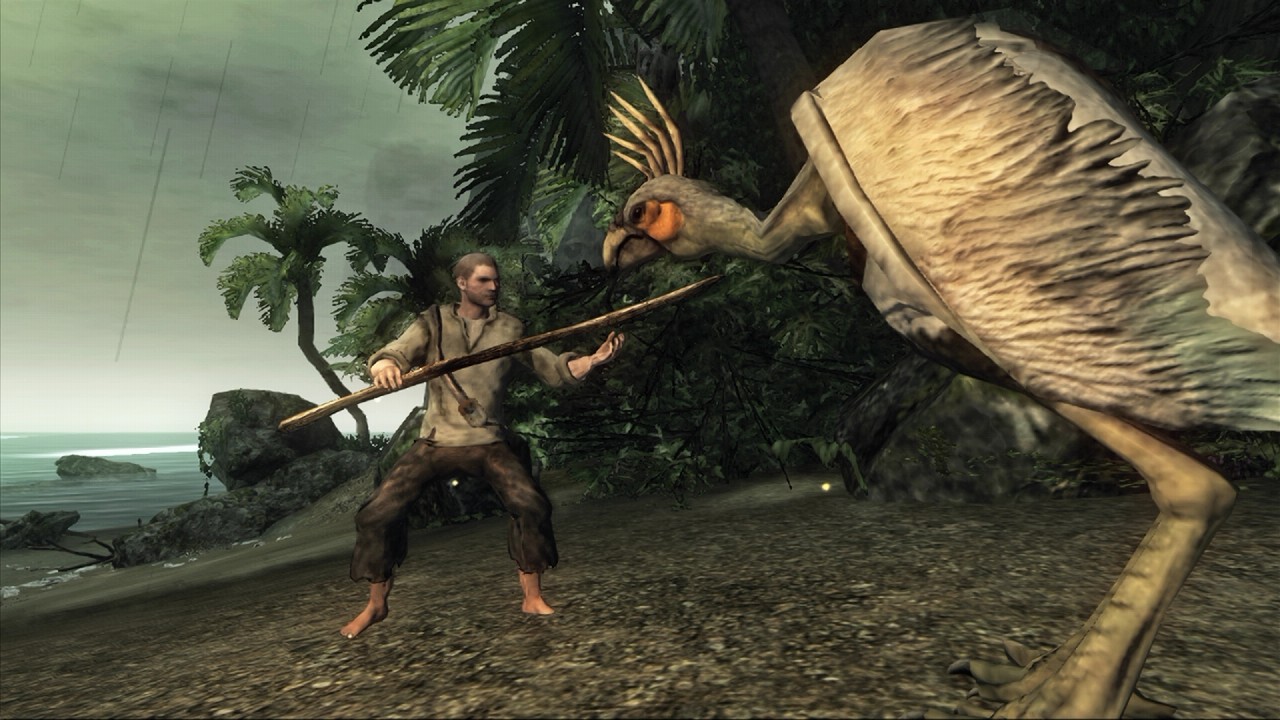 Now for some of the good news.  There are a lot of dialog options, and you can make choices that actually have a nice, tangible impact on the storyline.  The problem is, I was so annoyed with combat, text size, visual glitches and frustrating menus – that I just never got invested in the storyline itself.  Too may distractions just kept me from getting into the game.  From what I have read, it gets better during the last third of so, but I simply lost interest in it by then. 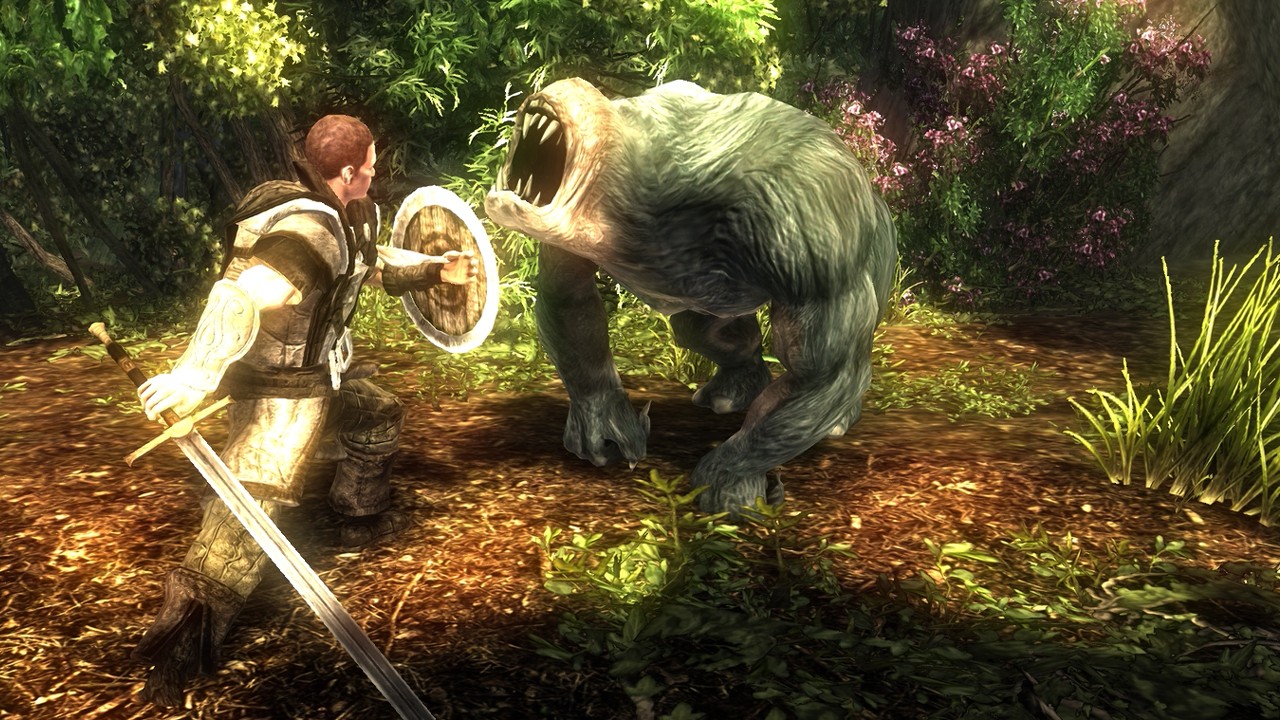 This is just one of those titles I can’t recommend.  The only thing keeping this aggregate score from being a four or a five is the audio, and to me that is just not enough.  I just felt like I got off on the wrong foot with Risen right off of the bat.  Right after the introduction I washed up on a beach in a storm that was dark and unpleasant to look at.  I nearly died to some giant bird – my first enemy – because combat was not really explained.  I had no idea I had a weapon in my possession at first after picking up a piece of wood, but worse yet then I tried to fight it and found myself stumbling over the combat.  Then, about ten minutes after that, the game inexplicable froze up.  The disc itself was clean, so I gave it another go and thankfully had no other issues of that nature, but in some ways the damage may have been done.

Risen was a game I was looking forward to playing for quite some time, and then picked it up very, very cheaply.  If ever there was an argument for used games, this is it.  If I had been out the $60 to buy this new, I’d have been really upset, buti ntead am only out about five dollars and around 25-30 hours of my time..  I’ve seen some things on Risen 2 that make it look interesting to me, but I fear coming away disappointed by that title as well.  Odds are, I’ll be waiting a good long while before trying it out. 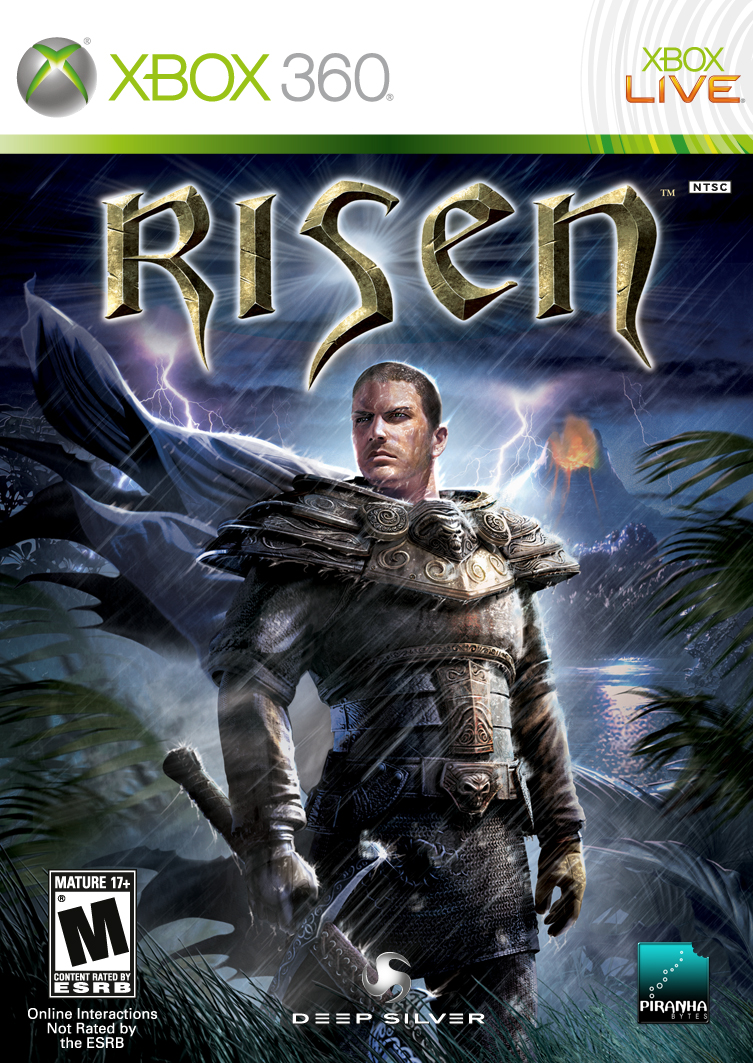