This is going to be the first of a few Street Fighter reviews. I purchased this on Xbox Live quite some time ago, but had a chance to pick it up for free on PlayStation Network as well.  Having played both versions, there is almost no difference between them except the controllers and the fact that PSN is free.  The original Street Fighter II came out a very long time ago, and the title of this game cracks me up because I actively experienced the various iterations of Street Fighter II with its various Turbo, Super, Championship Edition remakes. 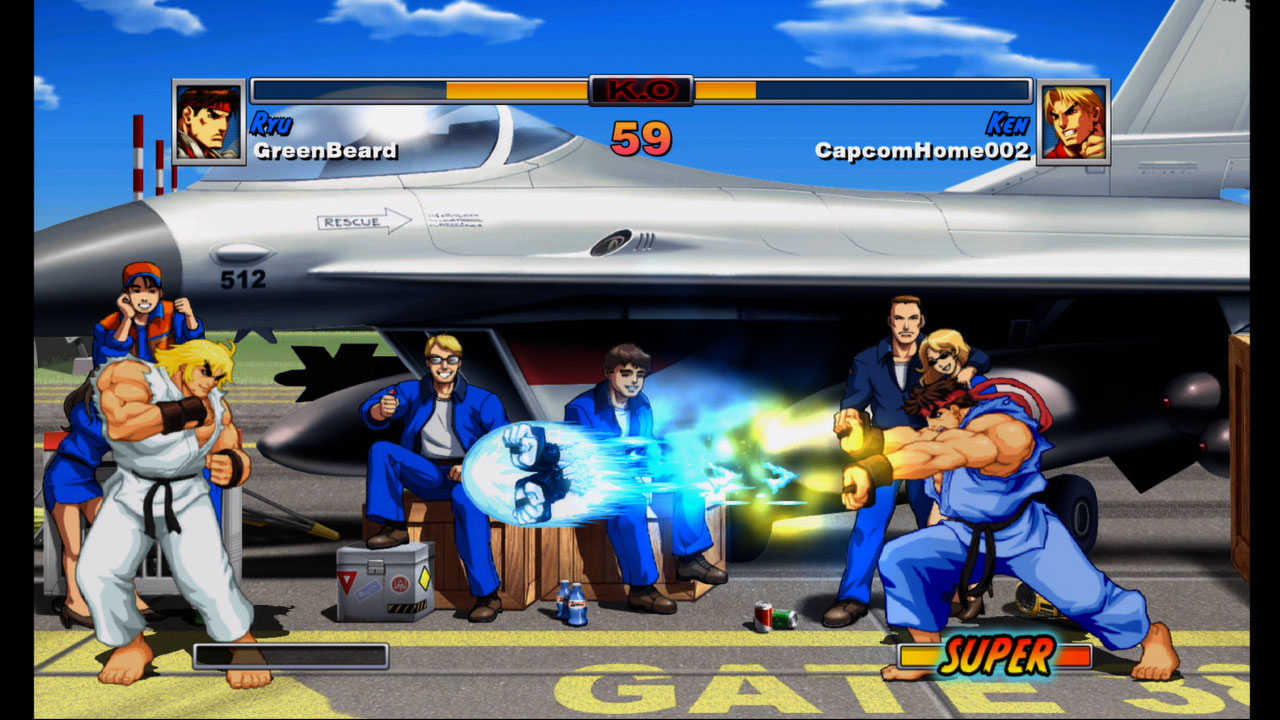 So seeing a name that includes ‘Super’, ‘Turbo’, ‘HD’ and ‘Remix’ both cracks me up and strikes me as somewhat fitting.  The question is, how well does this one-on-one fighting classic hold up after all of these years?  Pretty well, actually.

It is amusing that one of the areas of focus is the ‘HD’ – because really this game does not look great by today’s standards.  Don’t get me wrong, the high definition coat of paint is certainly a welcome one.  If you need to know why, feel free to turn this mode off and look at it in its original form.  Then after grimacing, feel free to change it back.  That being said, the colors are good and vibrant, but the backgrounds are not overly animated and the characters themselves, while sharp-looking, do not seem to have the same framerate smoothness found in newer games.  It is a solid effort, but it simply touches up the wheel – Capcom’s not reinventing it here. 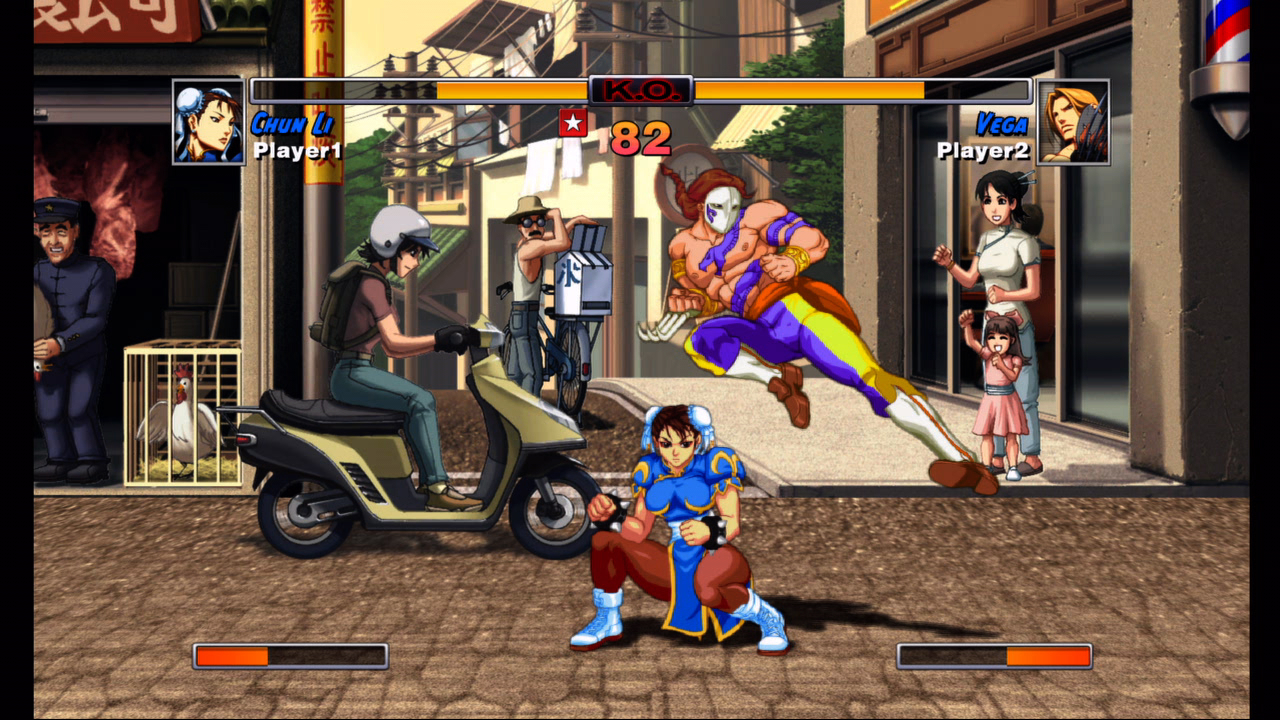 The music sounds great, and this ‘Remix’ version of the title holds up a bit better than the graphic makeover.  There is no real voice work in the game outside of the one or two word moments during gameplay where a character my should ‘Sonic Boom!’, and that is okay.  There is nothing terribly polished about the story and how it is presented here (basically you get endings for characters when you run the gauntlet of one-on-one fights, and that’s about it), so the lack of voices really is not a big deal.  The combat sound effects are perfectly fine. 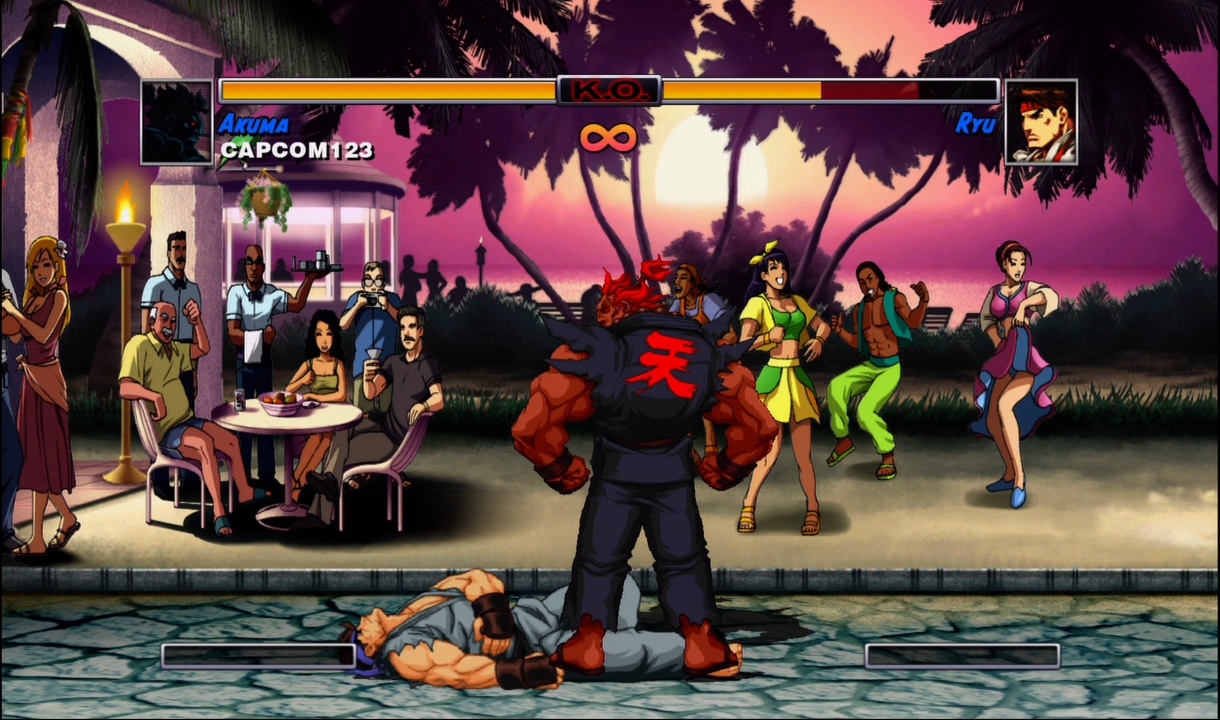 You are not stringing together Tekken like juggling combos and the arenas are strictly 2D.  That is just fine.  Button mashers likely will not hold up well, nor will people who learn just one or two specific special moves.  The controls are very tight, and the roster of characters has been balanced, tweaked, re-balanced and re-tweaked so many times over the years that almost anyone should be able to find a playing style that suits them. 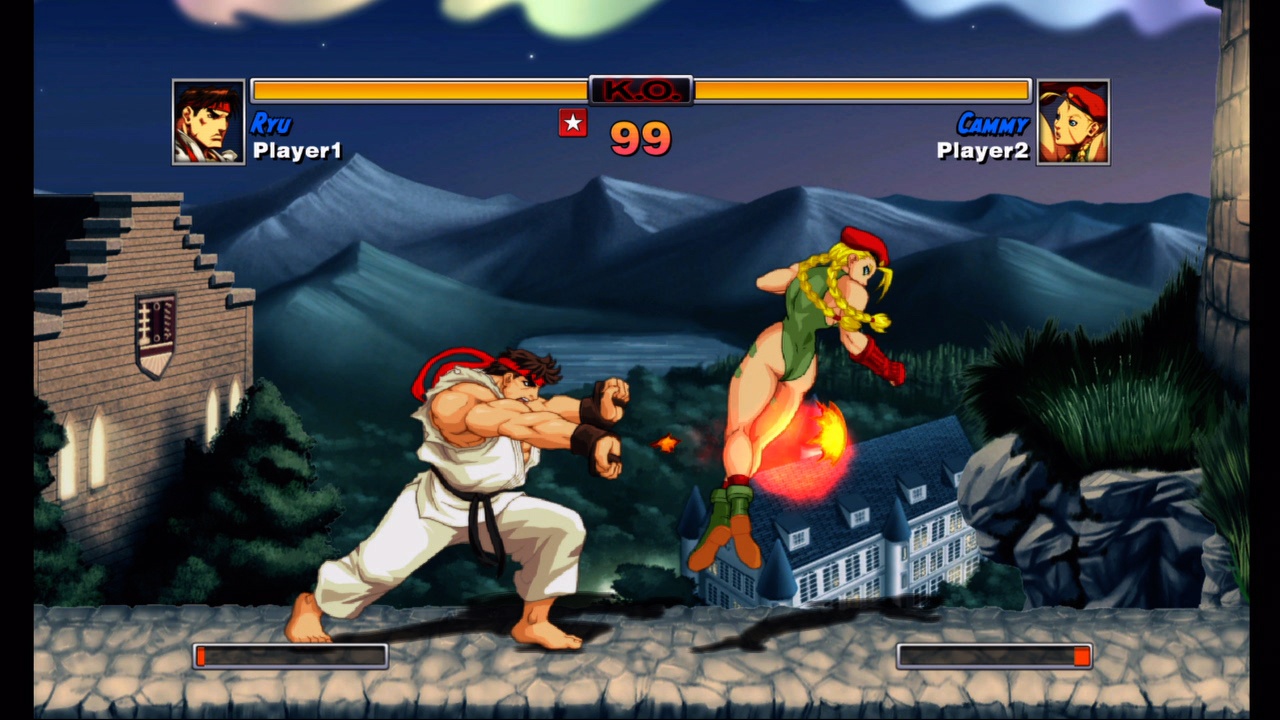 On the one hand, there are a ton of fighters to use and lots of options to make sure of.  On the other, there is nothing to unlock and not a ton of modes (like a story one) like what you generally find in fighters today.  The computer can be brutally difficult at higher levels, and really I had more fun playing online with friends than I did taking the computer on anyway. 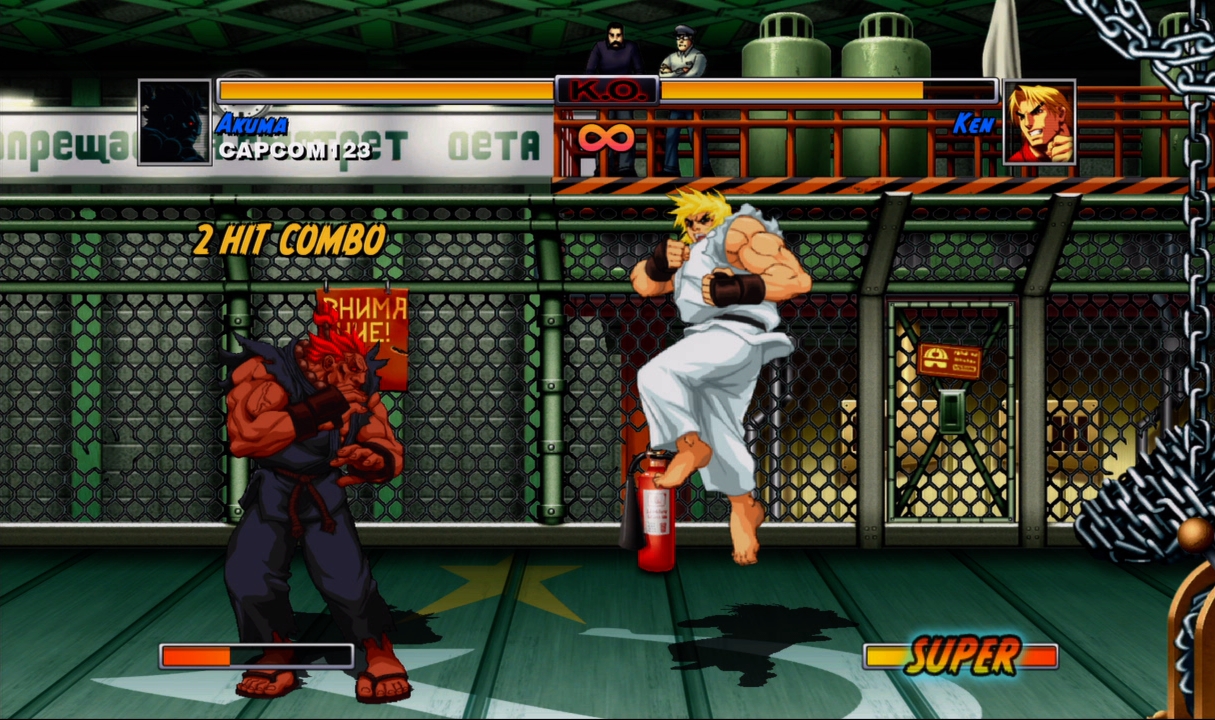 I am a huge fan of fighting games, which is funny because I really am not all that great at them.  Street fighter is not even my favorite series anymore, but there is still a lot of life in this series as evidenced by this update to the classic Street Fighter II formula. 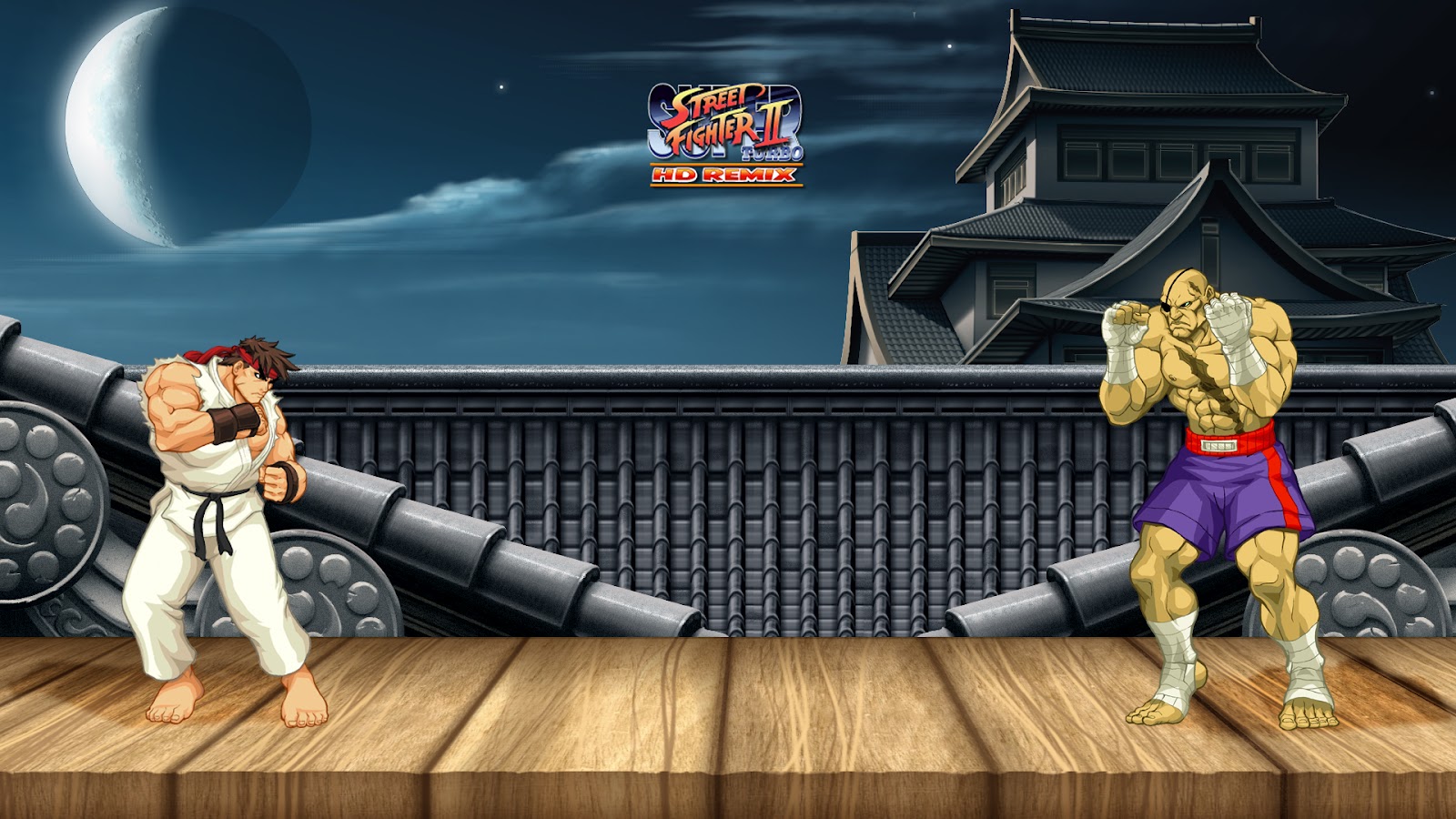