Being a fan of a particular genre can set you up for some unexpected gems in the rough, but also crushing disappointments in games.  I love RPG titles, so I am often willing to take a chance on a title that gets lower review scores because I anticipate that I will find enough that I like about it to counteract the things that irritate others.  Quite often, the result is me finding a game that I like despite lower critical scores.  This has happened with the Agarest series (RPG/strategy hybrid), Nier (which I’m currently poking at) and countless others.

Sometimes however, I just find myself completely unable to get into the title, and that has happened on games like Risen, Dungeons and now – Divinity II: Ego Draconis. 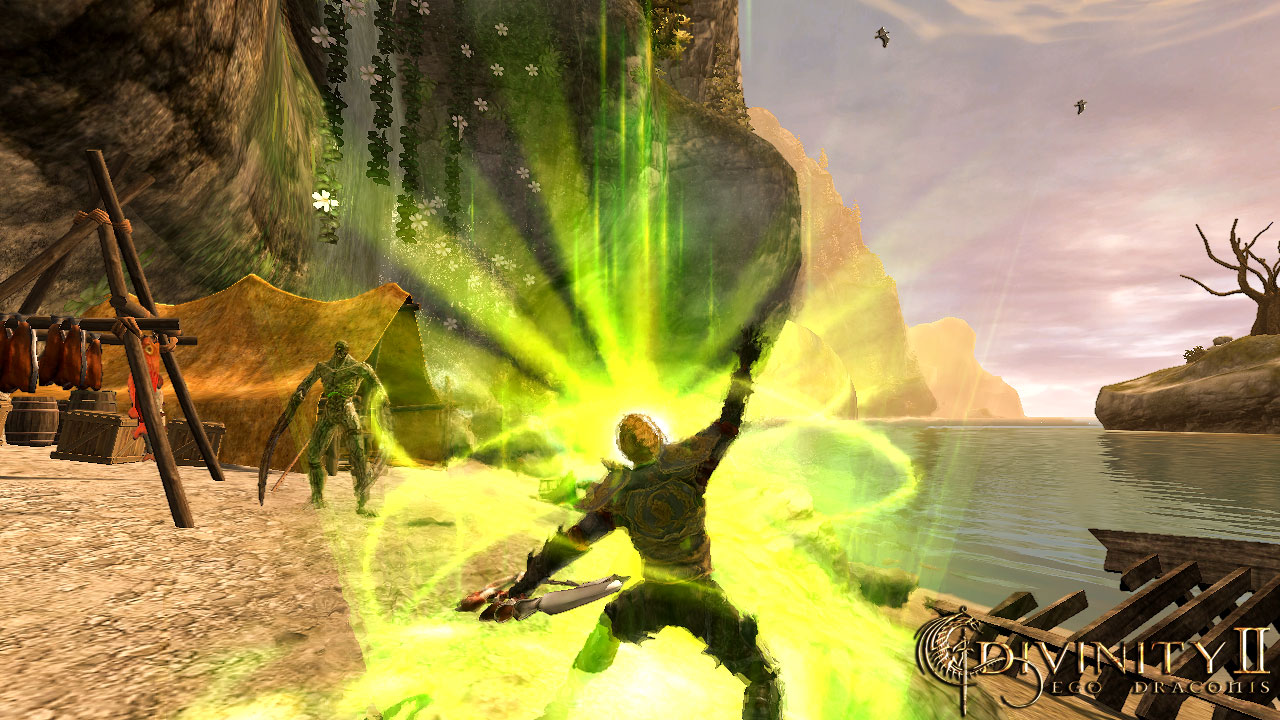 First and foremost, there are bugs here.  Maybe not of the epic scale the Bethesda games are reputed to have, but still on par with some of the weird stuff I saw when playing Risen.  Doors sometimes just do not want to open, people get stuck on environments, occasionally things just lock up on me – that sort of thing that really detracts from the experience.

The game starts off being a third person action/rpg hybrid.  Combat just did not work well for me.  You can see what they were going for, trying to create a game with engaging action – but hit detection was spotty, the controls were not always responsive, and when there was a lot going on at once, the framerate really took a dive.  The graphics themselves are not necessarily bad, but there is so little detail and color that it all felt very bland.

The music was just sort of there.  Not a single memorable tune for me – which is both good and bad.  None had me humming away with it, none had me scrambling to turn down my speakers.  Voice acting is fairly plentiful and for the most part serviceable.  Not many cringe-worthy dialog pieces that I can recall, and the sound effects were at least somewhat varied. 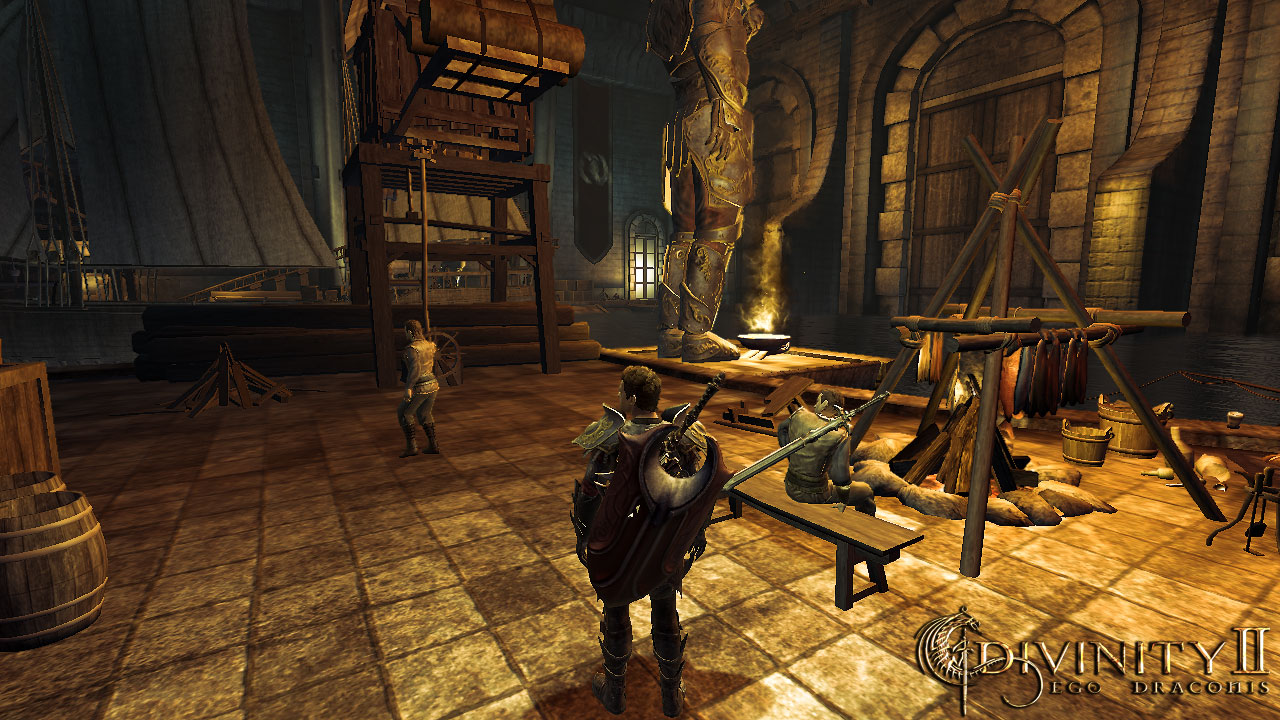 There were some cool ideas in this game, though.  What you can do with the weapons and armor customization is nice, and there’s a summoned creature mechanic that actually kept me busy for awhile.  Later in the game you have access to a new type of game mechanic where you become a dragon, and I enjoyed that quite a bit actually.  I really did not care for the mind reading mechanic.  It was not a bad idea, but it seemed like it could have been executed better.

Still, in the end, this is one of the few RPG titles I picked up and started, but just never completed.  There was not enough of an investment in my character or storyline to keep me engaged, and the game mechanics were occasionally interesting, but not enough so to keep me hooked on playing.  I really wanted to like this game, but for whatever reason, I didn’t.  Overall, a tough game for me to recommend to anyone, and I would probably only score it a 5 out of 10.