I recently reviewed the original Corpse Party, which was basically an interactive story built out of an old RPG Maker interface. The story was interesting, though there were some frustrating design choices, like limited save points that meant replaying scenes over and over again – making the game feel unnecessarily padded. 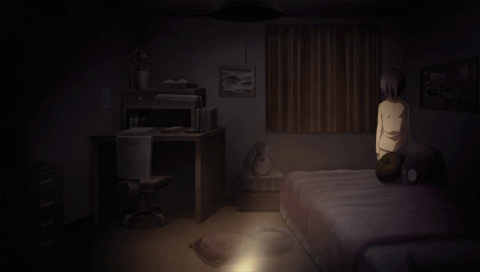 Book of Shadows is not a sequel to the original, so much as an expansion to its story. Each chapter focuses on a different person or set of people, and they all tie into the original Corpse Party game, but these new chapters may come before, during or after the events of the original. This is welcome because there were several loose ends in the original’s story, and Book of Shadows attempts to address them.

A lot is the same, but there are key differences as well. 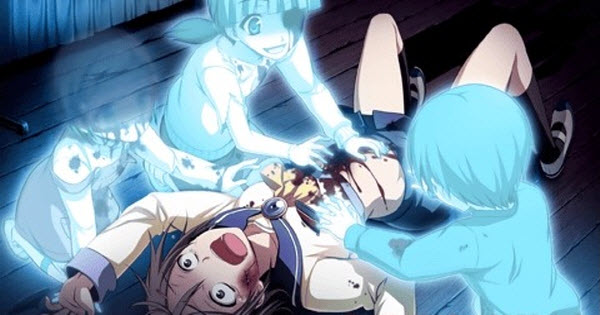 I liked the art style in the original Corpse Party, and a lot of the same can be found in Book of Shadows. I actually thought that the cutscenes and character graphics were a bit better this time around – at least they left me with a more favorable impression, though there is no single detail or set of differences I can point to. It is still a lot of still imagery with text overlay while telling the story, but the Book of Shadows aims for a creepy atmosphere and the visuals generally deliver. 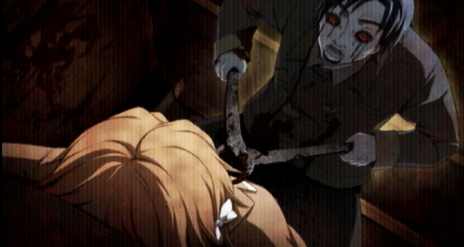 If the visuals generally deliver on this game’s sense of tension and foreboding, then the audio definitely delivers. The music is excellent throughout, really setting a creepy atmosphere. More than that, the sound effects are varied and incredibly effective. While the visuals help tell the story, the sound sells the story and the creepiness. 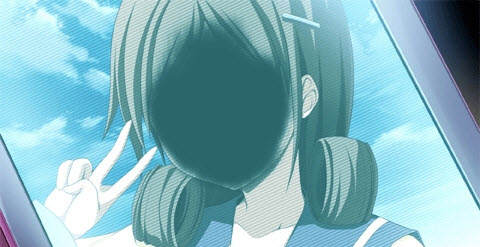 Ouch, right? Well, first the bad. The original Corpse Party felt pretty limited. You were walking around some often nondescript locations waiting for something to happen. Here, you do not even have that level of control as you use a map to choose points to travel to. When you enter a room, you are taken into a first person view that I actually liked quite a bit (it reminded me of Fatal Frame, my all-time favorite horror video game series) to look around your environment and attempt to locate key items.

Still, this is more of an interactive story than a game. Certainly things do branch and you have control over those outcomes, but the majority of your time is spent reading lots and lots of text. If you go into Book of Shadows with that understanding, you will be less disappointed than if you were expecting some sort of survival horror crawl. Luckily, there were some redeeming qualities to the gameplay. One of my biggest complaints about Corpse Party was the need to redo ten or fifteen minutes of scene again to move on. Here you can skip and fast forward text easily, and saving is always readily available. These are huge time savers. 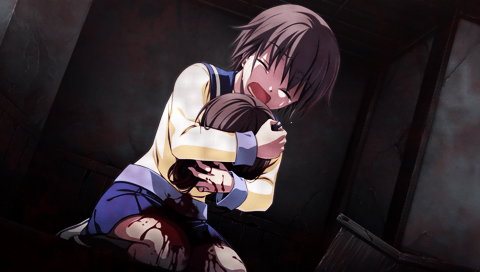 The game is creepy – perfect with a set of headphones in a dark room. The localization is pretty good – certainly better than some other titles I have played recently like Elminage. Most of the characters are fleshed out enough that you become invested in them, and while some stories are better than others, none of them were particularly poor and most were quite good. There is some unlockable content at the end, and because the storyline does in fact branch in places, there is good reason to go back and replay chapters. 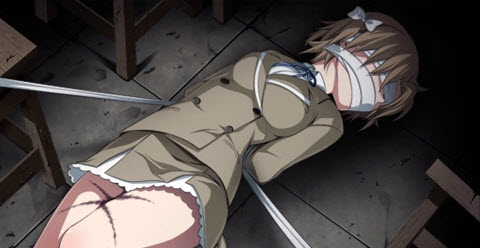 I found myself liking this take on Corpse Party just a bit more than the original. Book of shadows shows that you can still tell a good story and get under a person’s skin in gaming without relying on cheap scare tactics found in most shooters, and without really being overly gory (the game gets a teen rating. What happens to these young people is certainly unsettling, but does not really trend into the obscene). Still not a title I would let my younger kids play, but one I would recommend to someone looking for something different from their game, especially if they enjoy a tense atmosphere.