While the Dead or Alive series has been around for several years, this was my first brush with any of its games. Dead or Alive 4 has been out for a handful of years in and of itself now, and was one of the earlier titles I picked up when I purchased my Xbox 360. 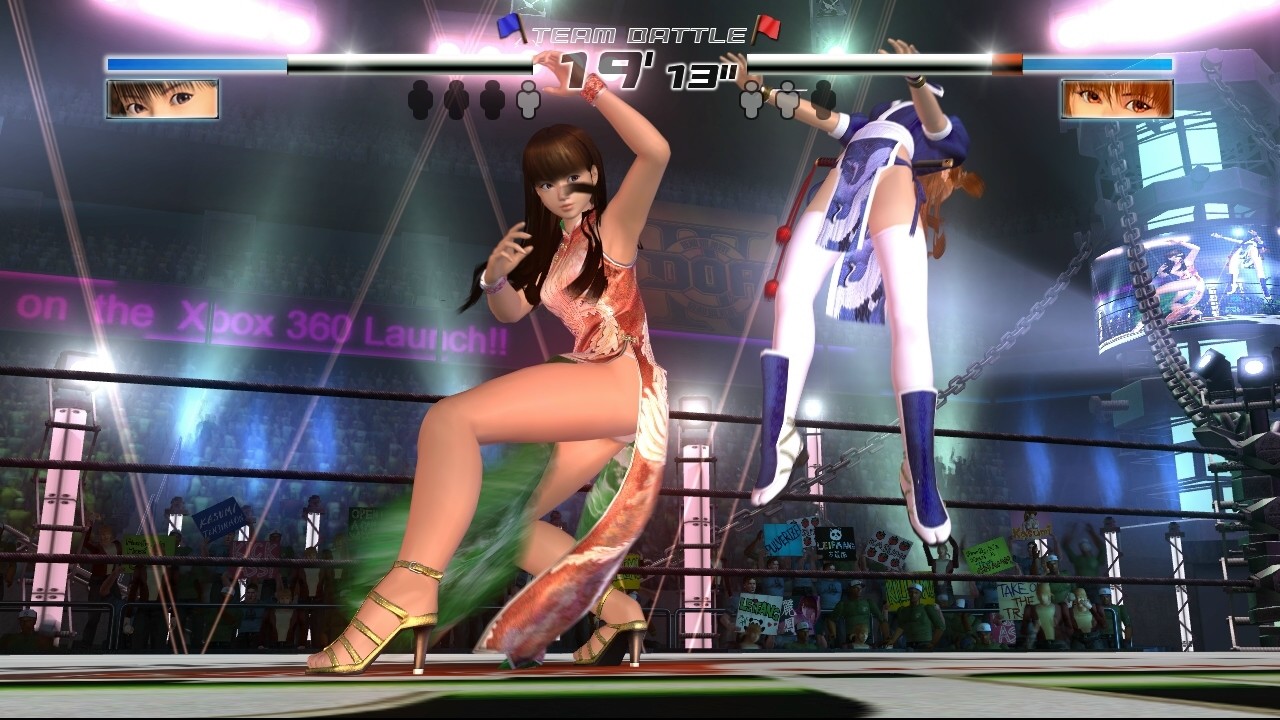 I have always enjoyed fighting games, ranging from Street Fighter through Mortal Kombat and including others such as Tekken or Marvel vs Capcom. Not too long ago I reviewed Dead or Alive Dimensions, and I enjoyed it quite a bit.

Since Dead or Alive 4 has some years under its belt by now, I thought it was worth writing about before posting my Dead or Alive 5 review. This title can be had pretty cheaply and I certainly enjoyed it, but let’s take a closer look at it. 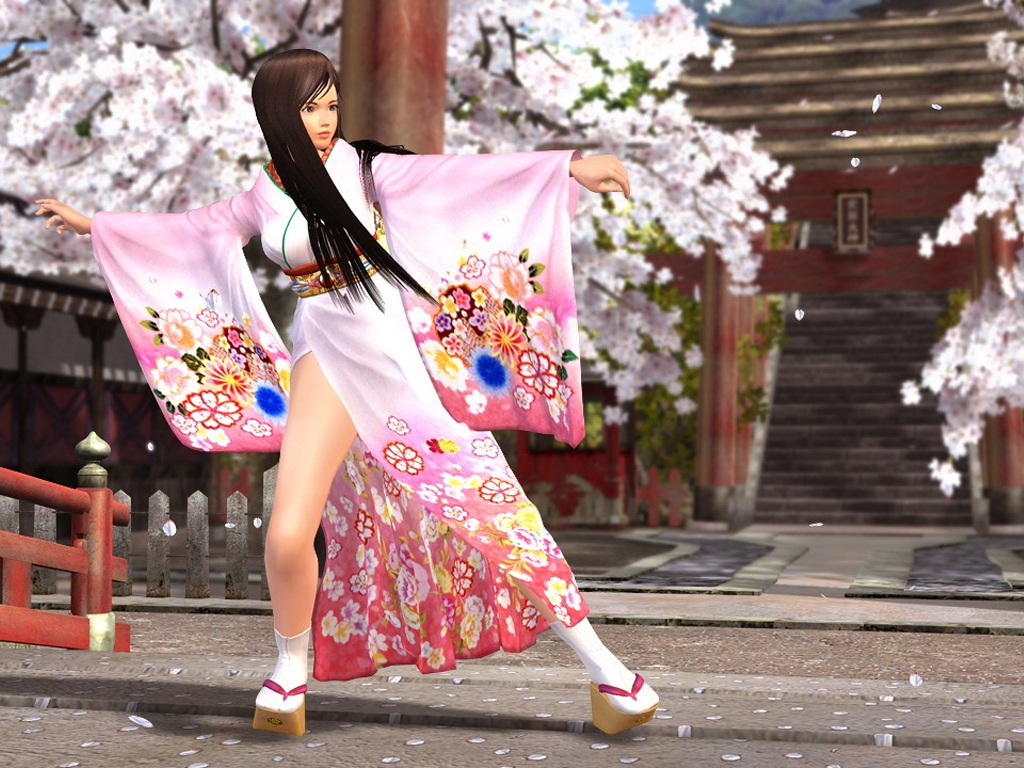 When this first came out, I thought the visuals were amazing. This was probably the first fighter I had played on the current generation of game consoles. The backgrounds were bright and colorful, characters animated smoothly and overall it was a pleasure to look at. By today’s standards, it maybe is not quite as detailed as other fights that have come along since, but Dead or Alive 4 is by no means an ugly game to look at. 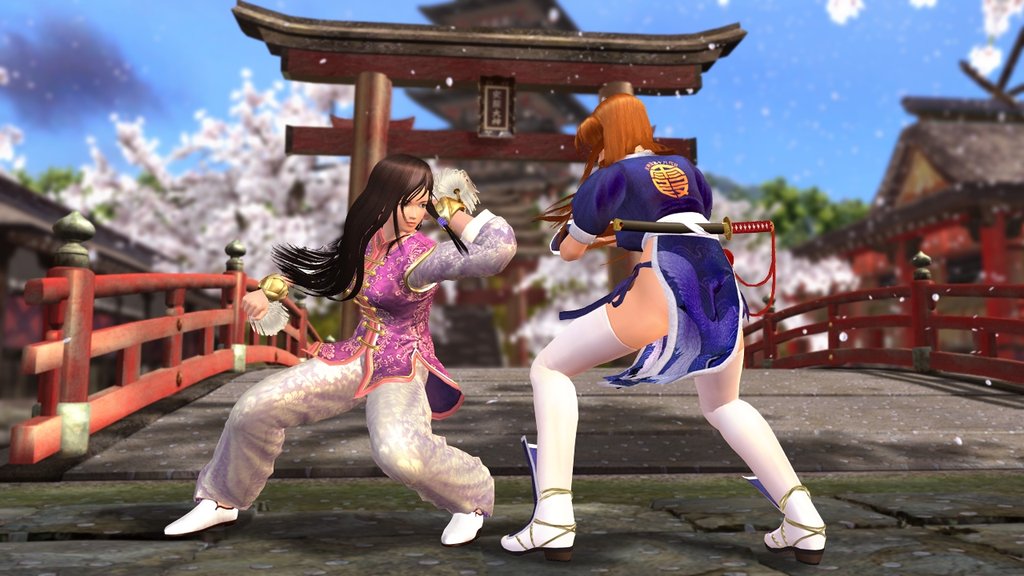 A lot of things age poorly when you look back at a game from several years ago. Generally visuals and extras are the two things that come into focus most quickly. Sound and music is usually more about design choice than hardware limitation or lessons learned, and here the music is completely forgettable. It does not necessarily feel out of sync with the action, it is just…there. The same can be said of most of the sound effects. Let’s put it this way – when I first played Dead or Alive 4 on the 360, visually you could tell it was a step up from what I played in fighters on the PlayStation 2. The same leap was not evident in the audio. 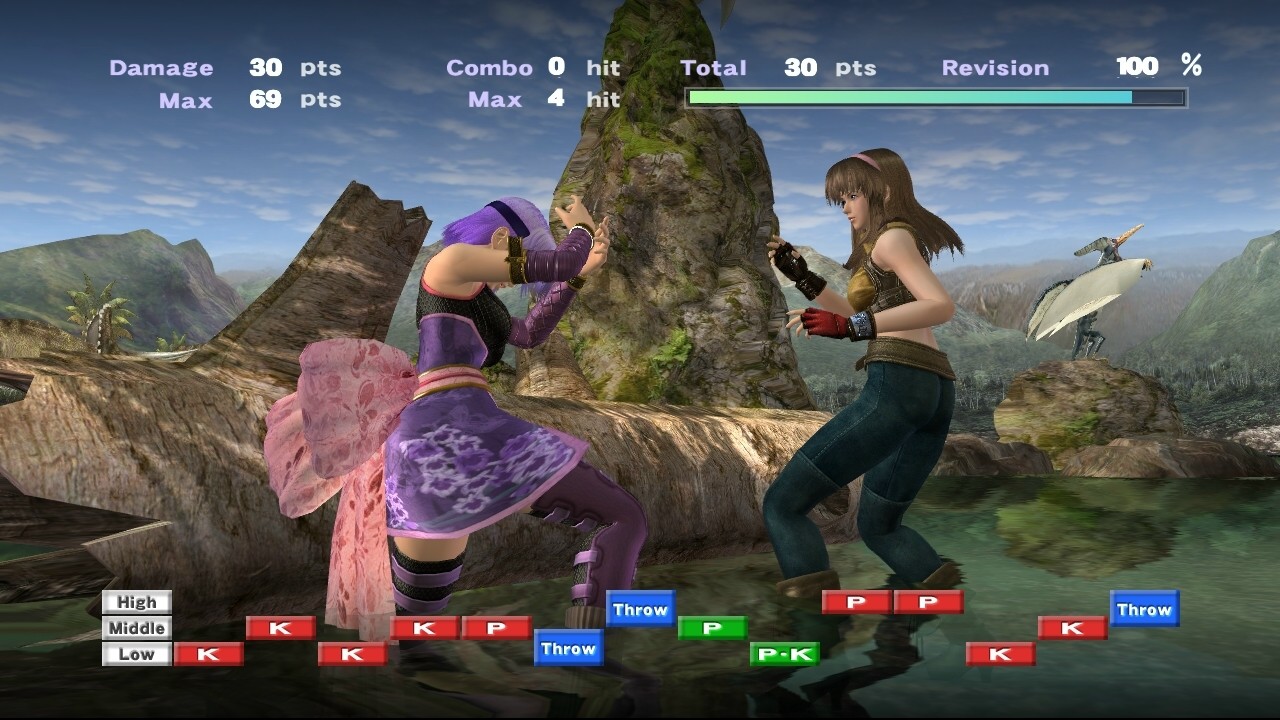 I really liked the fighting engine. It was not as precise as a game like Street Fighter or Virtua Fighter, but more resembled the Tekken series, which has long been one of my favorite fighting franchises. There is an element of button mashing here you can get by on, but learning the moves and when the pull off combos still means success more often than blinding crushing buttons. 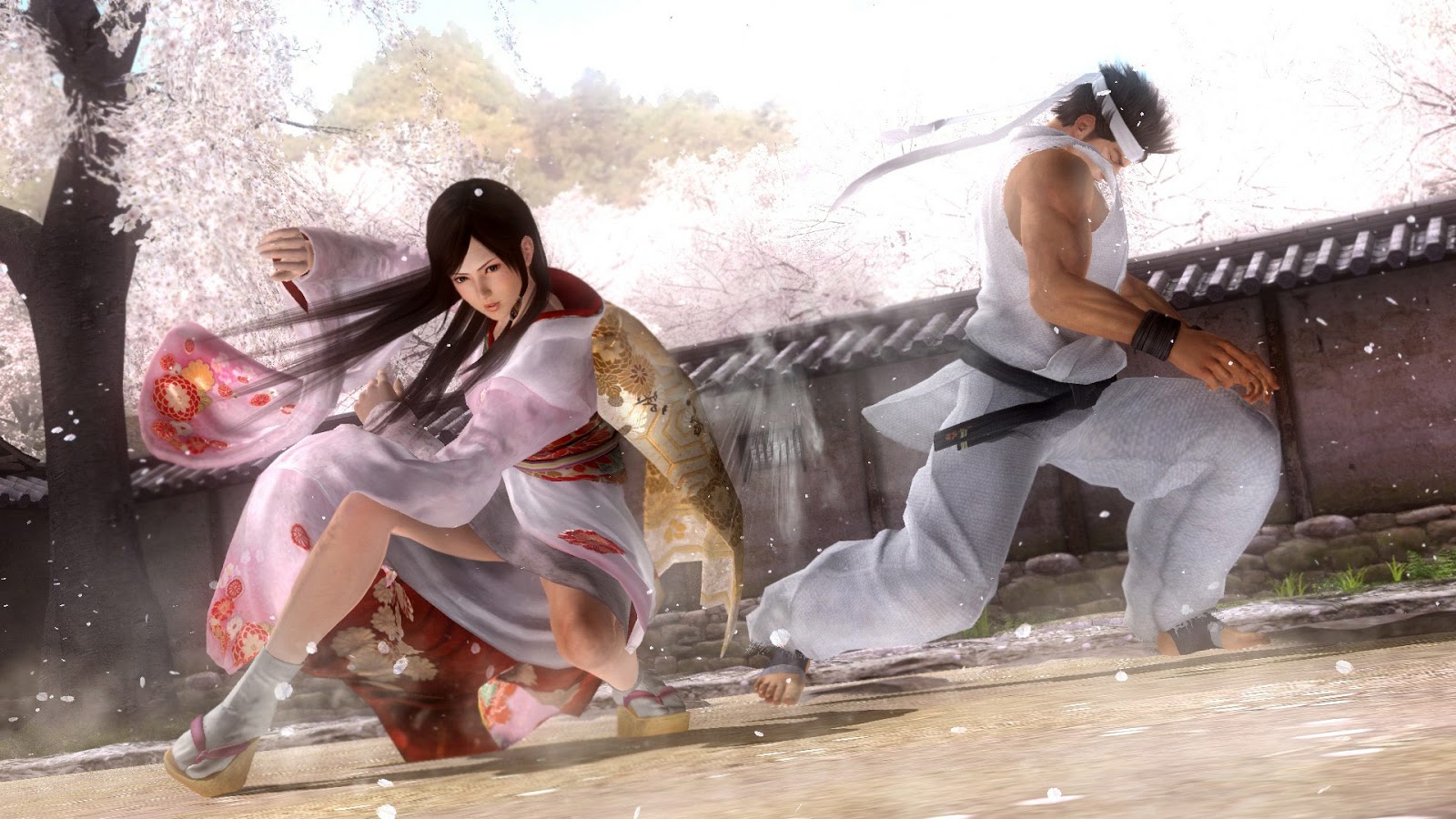 The big roster of characters was welcome, and the game was easy to pick up and play. I was familiar with fighters but not the series – yet I was immediately able to win matches without having to spend tons of time training. As this was about the only fighting game in town back then, I had no trouble hopping on Xbox Live and finding matches. When I tried it again now… well, there might as well have been virtual tumbleweeds blowing across the yard. I am not surprised mind you, but it is something to keep in mind if you are a big fan of fighting online.

There are quite a few other modes though as well. You can spectate two cpu opponents going at one another, take pictures and save them, plus versus, time, survival and team battle modes. 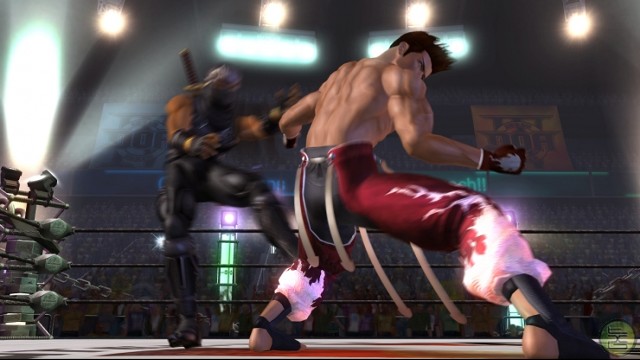 Dead or Alive 4 is still a fair amount of fun, especially considering how cheaply it can be had now. Tastes may of course differ. One of my buddies is a huge Street Fighter fan – he has never had any patience for titles like Tekken or Dead or Alive and grows frustrated with them quickly – especially playing against other people. Lots of achievements out there for people who try to track those down as well. The Dead or Alive series gets a fair amount of attention for how the females are um… portrayed, and that is fair. The designers obviously have that in mind when they start to render all of the character art, but there is a fun engine powering it all as well.