Call it Retro Reflections, classic gaming or ‘old school’ – but I spent a lot of time with my Sega Genesis when I was younger.  I posted an article about when I first acquired the Genesis here if you are interested in reading that and had not yet.  I got a handful of games with it and quickly expanded my library due to a movie and game rental business that was going out of business shortly afterward. 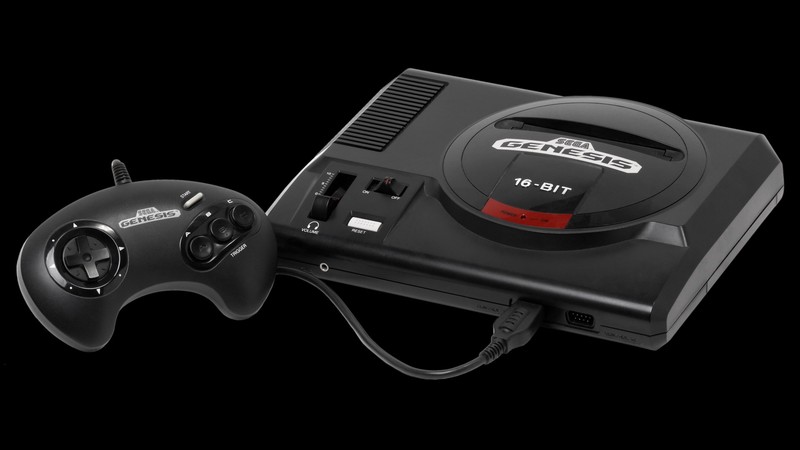 Now, I already touched on one Sega classic title that I got my hands on some time ago: Streets of Rage 2.

Well, a while back I got a handful more via PlayStation Plus.  I loved my Sega Genesis – I still have a bunch of my older games.  But these re-releases offered trophies and a different visual filter.  Are they worth playing?  I will do a quick rundown on my impression of each title from least favorite, to favorite.

So here is the thing about Altered Beast.  During its release, it was graphically pretty impressive – especially as I recall it in the arcade.  The Genesis version was not an exact port if I am recalling properly, but it was still decent.  The “Rise from your grave!” at the beginning immediately hit me with some quality nostalgia.  I mean, I still have the cartridge version but probably have not put it in in at least fifteen years.

However, the graphics are just plain rough.  Of course, this is an older game, but even compared to other games from that general era, it can be a bit of an eyesore.  The smoothing filter did not help matters much, giving it a very blurry look.  The controls are a bit rough, the game itself is short.  Probably the best thing about it was the flexible co-op in case you wanted to rope someone you do not like very much into playing it with you. 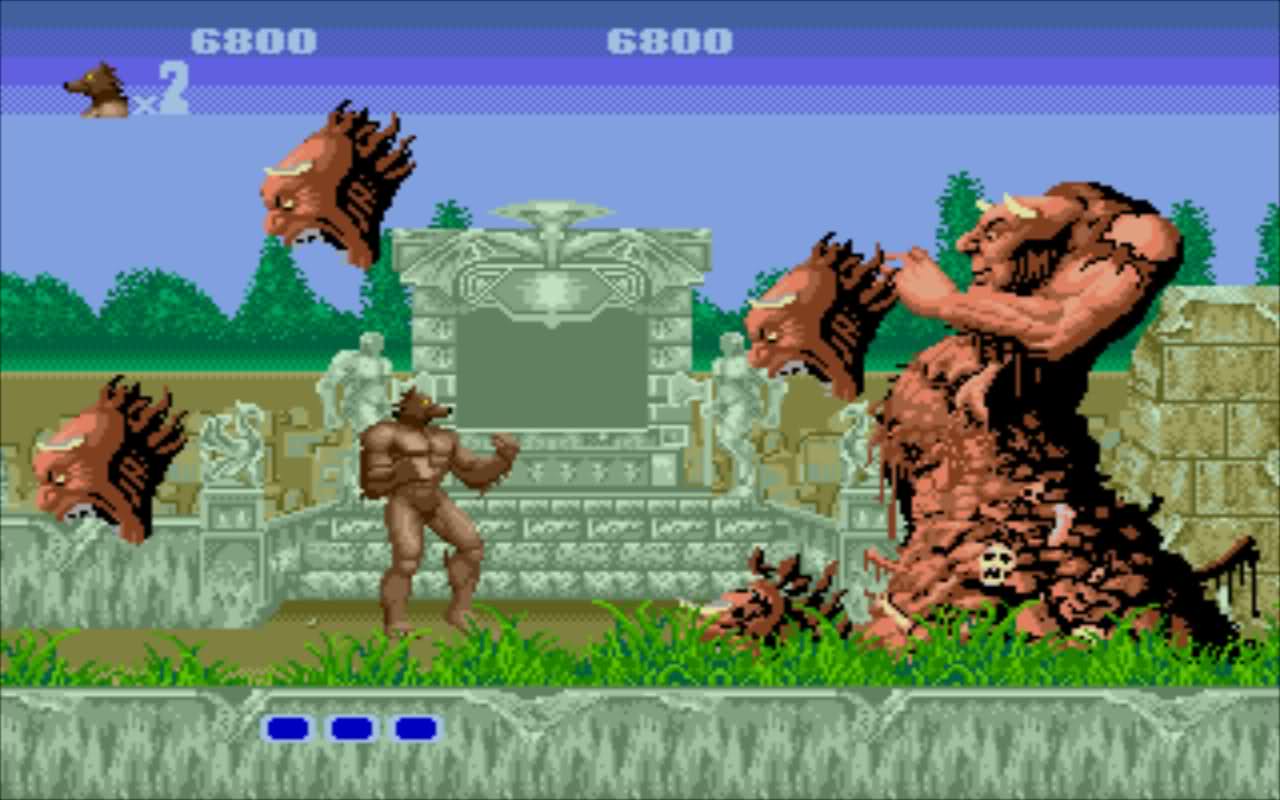 This title has the uinque distinction of being the only one of the five I never actually owned and played on the Genesis.  The other titles comes with a healthy does of nostalgia when I play them, but this one?  None at all.  The style behind the graphics and the way the game plays is actually pretty cool, where you move around in this sort of active comic book.  The presentation is pretty cool.

It is a somewhat hard game, not that I really mind – but it is also a short game, which is a bit of a bummer.  The visual filter smooths out the pixels, but like Altered Beast, it makes things very blurry – I was really not a fan of the effect. 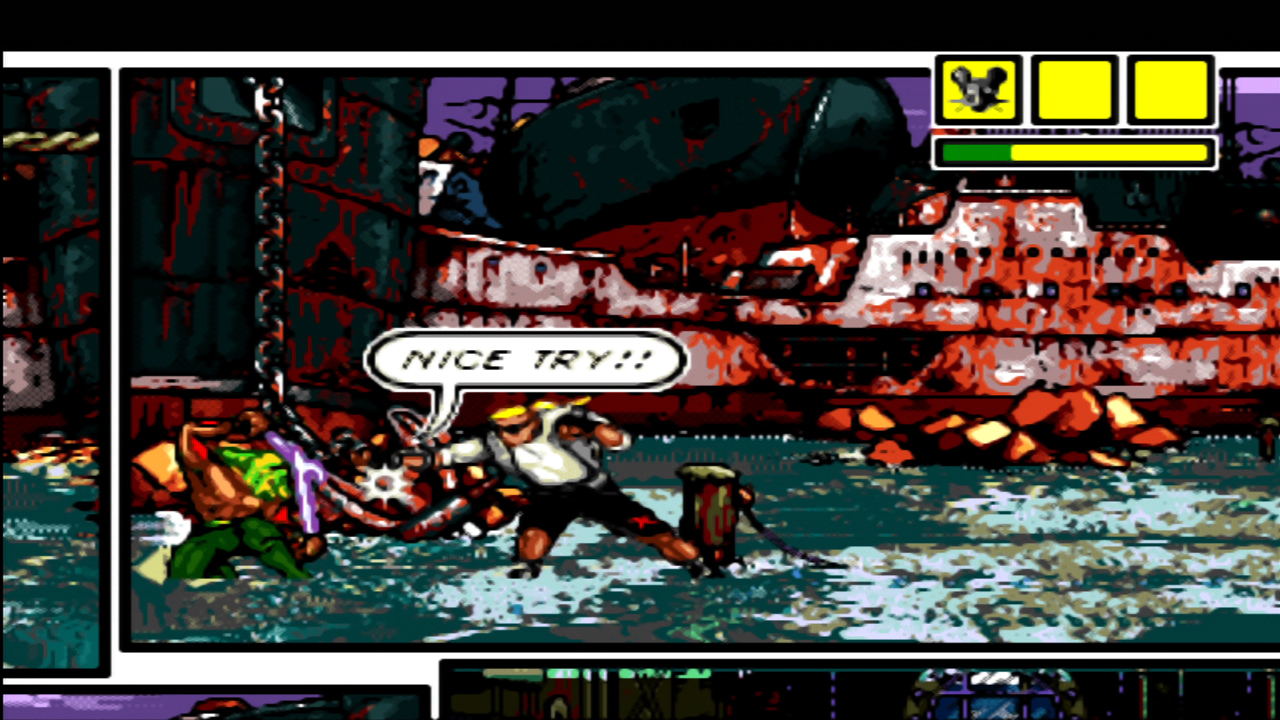 And now, for the flip side of nostalgia.  This one has loads of it for me.  For starters, I first fell in love with Golden Axe back when it was an arcade machine.  I still remember my best friend and I collecting an ungodly number of bottles and cans (in Michigan, they are worth ten cents each) and getting together enough quarters to finally beat this game once and for all (after several failed attempts in weeks prior with far less change to our names).

The graphics were always a favorite of mine back then, and finally we get a smoothing filter that does not make them completely unintelligible.  In fact, I liked the option for this game and used it more often than note.  Sound effects are pretty repetitive, but the music holds up well enough.  I found myself grinning at a couple of the tunes I recalled, because not only did I play Golden Axe in the arcade, but I picked up parts 1 and 2 for my home consoles as well.  Let’s just say I played through it a few times.

Add to it that the characters, while not hugely distinctive from one another, do have some variety to them, and this title gets a bit more replay value than most.  This becomes especially true if you make use of the co-op mode. 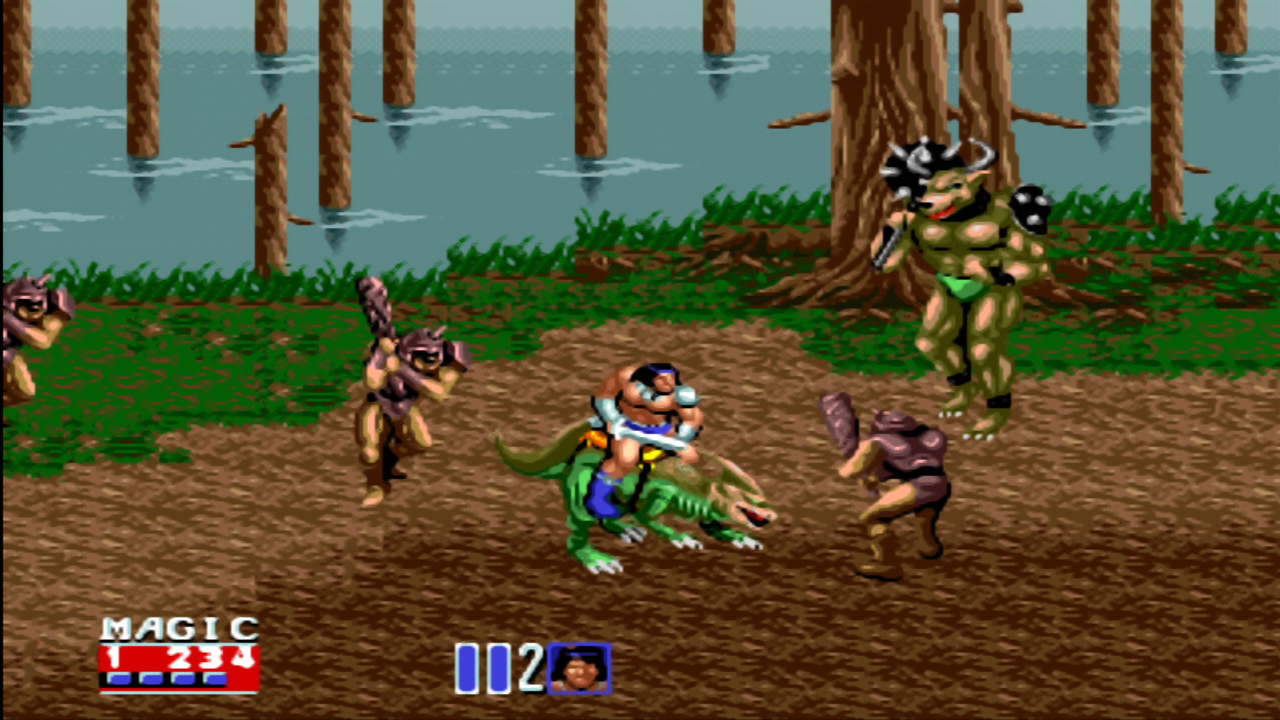 I was surprised how well the Sonic formula still holds up today.  This one is probably a dead heat for me with Golden Axe.  I enjoyed the fantasy swords and sorcery theme of Golden Axe a bit more, but Sonic always just felt like one of the most polished games I had ever played when it came out.  Before my uncle gave me his Genesis, this was usually what I went over to his place to play.  It was fast, colorful, with a true sense of speed and some pretty good music to boot.  The visual filter looks decent here, but I suspect that is in part because Sonic looked so good back then too.

That being said, platforming games have never been my favorite genre.  But Sonic was a lot of fun then and I still found myself grinning at some of the gravity defying loops and twists.  Not a long game by any means, and really none of the above ones were either, but these were all titles meant to be beaten in a single sitting and not saved and loaded for incremental play.  Of course that is remedied now with save states on these classic games, but back then these kinds of titles were kept short for that reason. 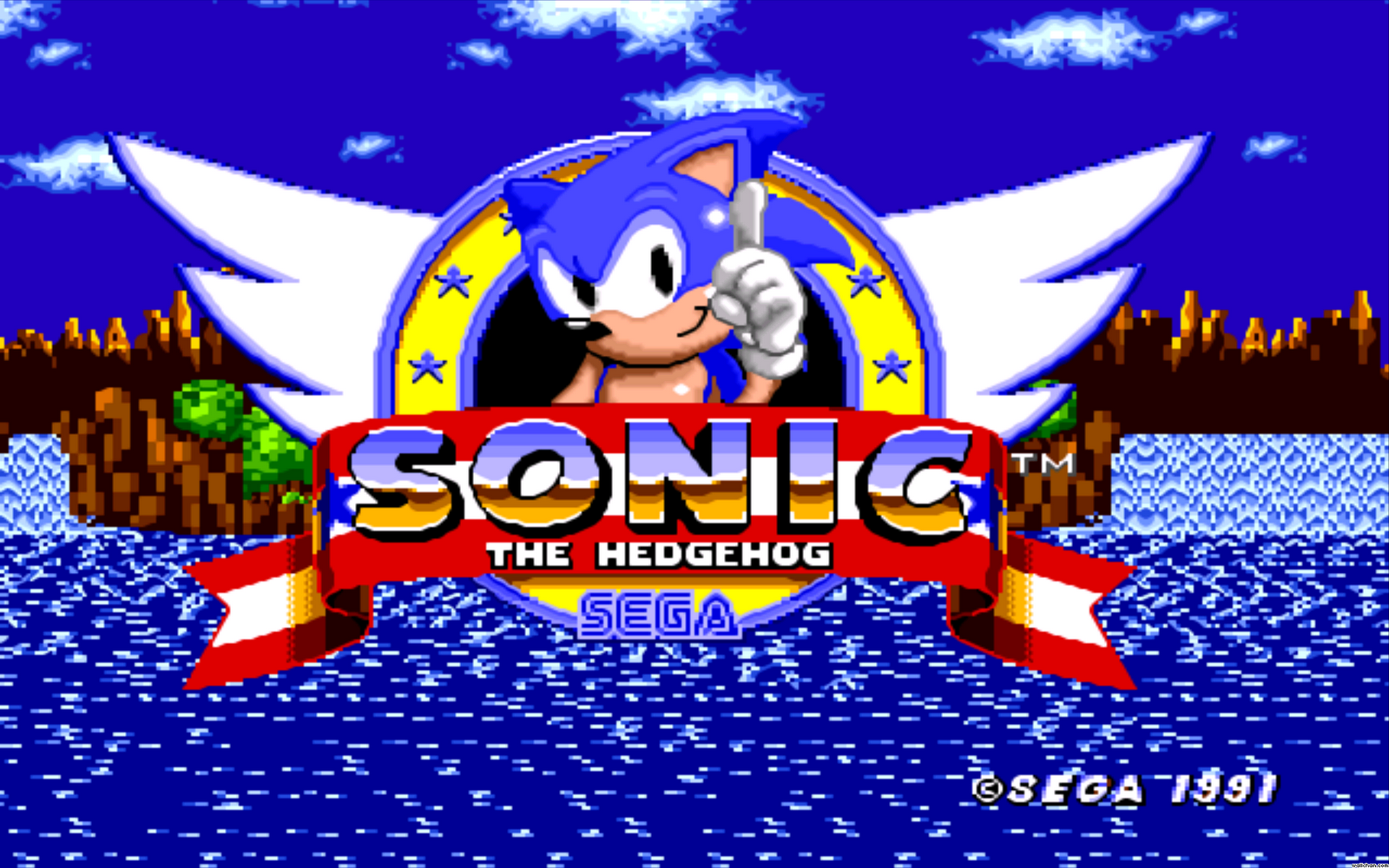 You know how a lot of people like to say sequels suck?  Well, nto all of them do.  As fresh and fun as the original Sonic the Hedgehog was at the time, its sequel was that much better.  The adventure took a bit longer to get through and there was more to do (like collecting Emeralds).  That said, where is the online co-op?  Bit of a miss there, considering the other classic titles that supported it.

The graphics and the sound hold up very well.  There were so many vibrant, different landscapes to play in that visually Sonic 2 was a treat.  Sonic was a formative character around my household – much the way Mario is for a lot of people.  My son and youngest daughter absolutely adored these 2D Sonic games when they were younger (and the rather odd TV show as well).  Sonic was as much, if not more, of a staple than Mario titles where in my house so I have to give the Hedgehog his due as the best out of this collection of games. 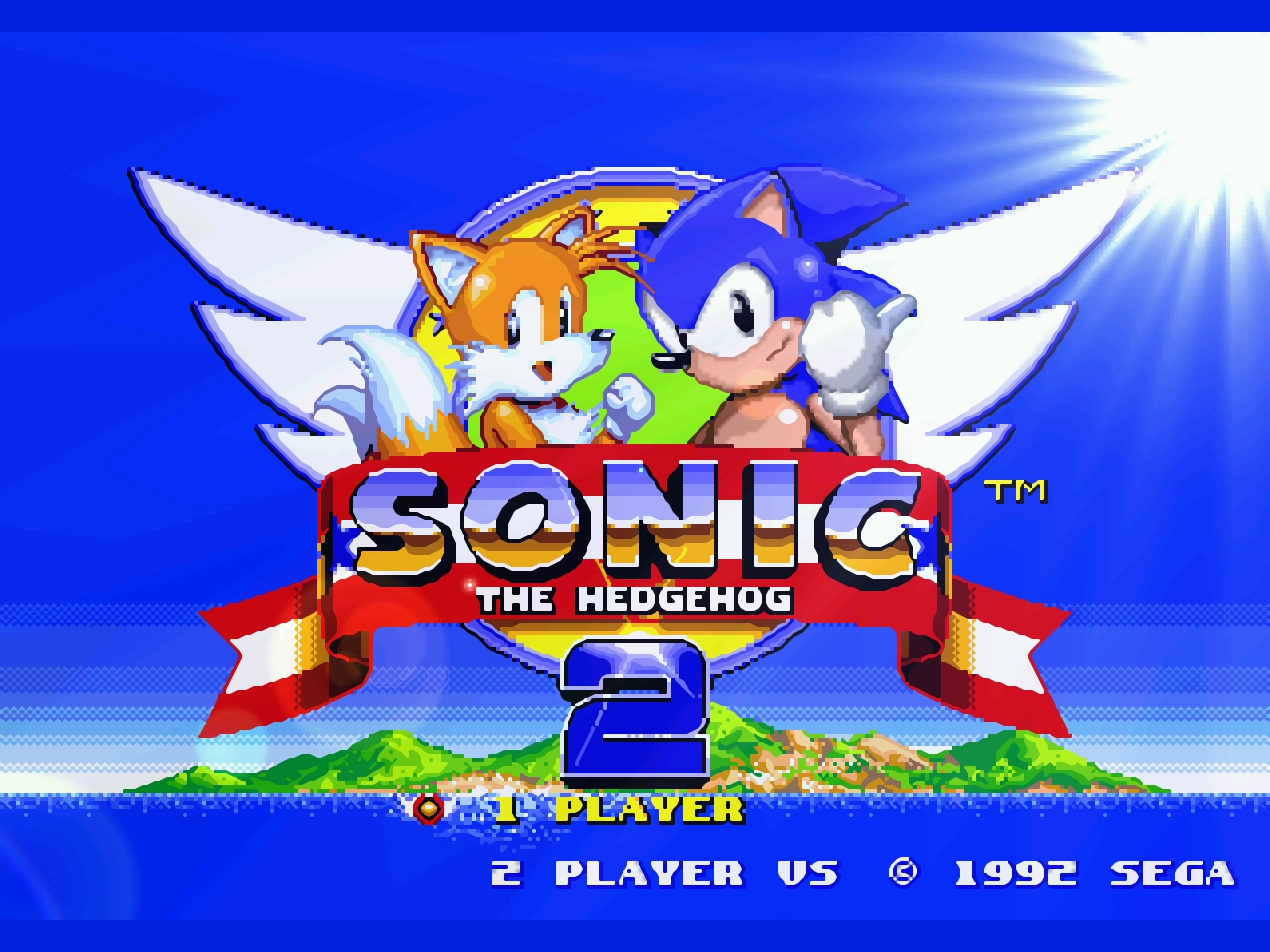 What about you?  Ever play any or all of these games back then or now?  Were you a fan of them, or of a particular series?  I don’t usually buy these types of titles for my PC or consoles because I still have the originals accessible, but for those who do not – do you usually find these a good value?