Capcom was without a doubt one of my favorite game companies for years. I loved all things Street Fighter II, but even before that I sunk a ton of time into some of their action platforming titles like Mega Man 2 and Bionic Commando. 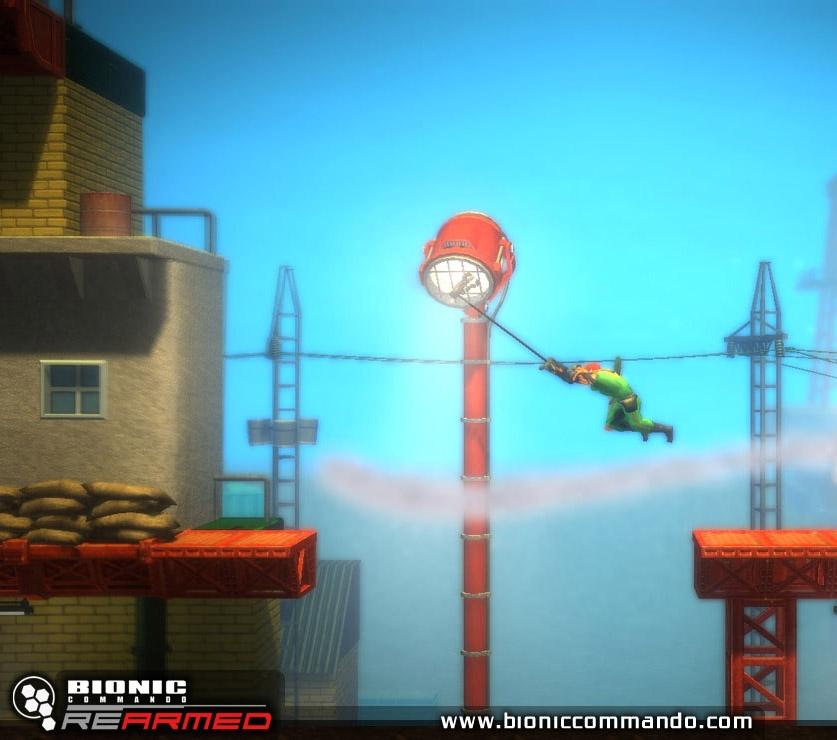 That is not to say that Bionic Commando was perfect. It came from the era of cheap platforming deaths, had no save/password options (so you had to beat it in a sitting) and the arm controls could be a bit finicky at times.

Still, it brought something new to the table. Your protagonist lacked a jump button – which meant to get around obstacles and clear gaps, you needed to use your bionic arm, which had a handful of uses. You could grapple to things overhead to pull yourself up to them or change your line of fire, you could grapple at an angle and swing over things, you could hit enemies with it to knock them back and you could also grab items with it.

There were more standard elements as well, such as gaining new types of weapons or gadgets that either made you more powerful or allowed you to progress past the simplest form of puzzle elements. The game was a blast – one of my favorites. In fact, I wrote a review for it here, that I will re-post next simply because I am a glutton for punishment (I hate reading really old reviews of mine, and this was from nearly six years ago). 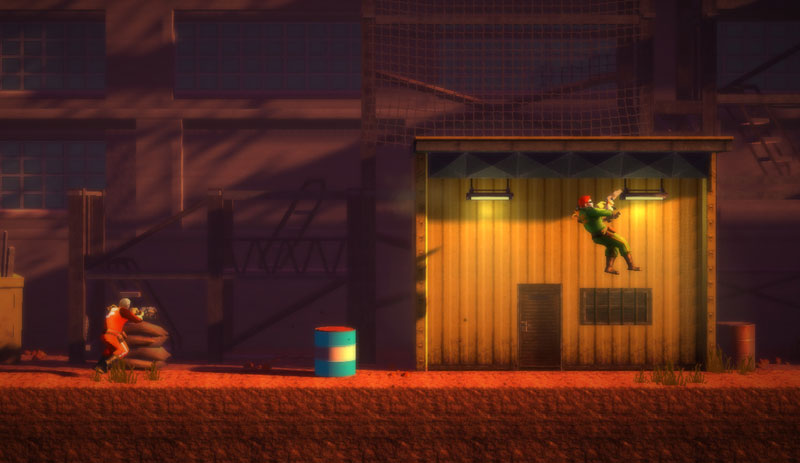 For an ‘Arcade’ title, this is among the best I have played. Colors are vivid and pleasant, animation is smooth, there is a ton of variety to be had and pretty good detail as well. I have read in a few places where people dislike the sort of hazy look to some of the backdrops, but I am not among them. I think the game looks really slick. 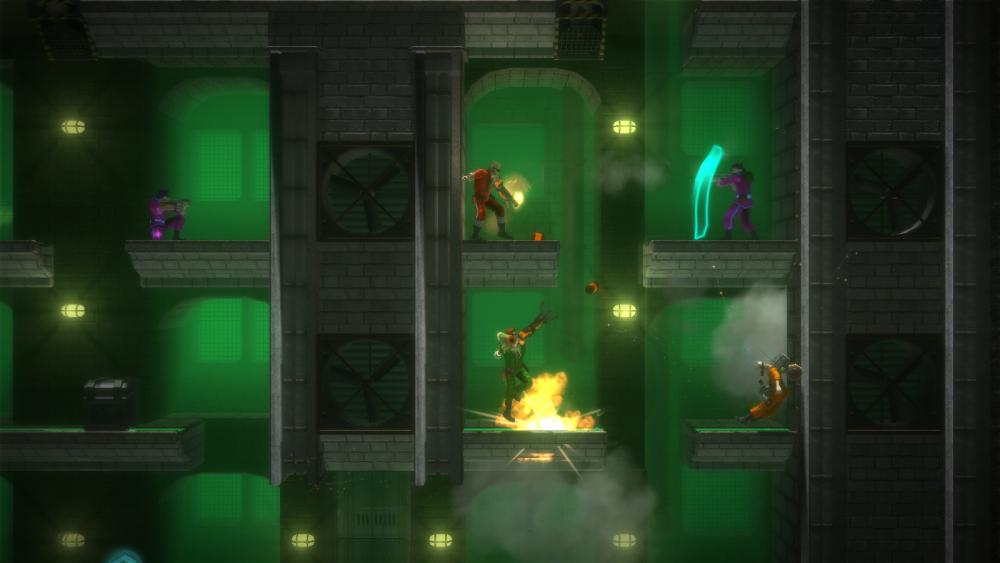 The music is good, and at points reminds me of the original, which is nice. Given the attention to detail in the visuals, it came as a slight surprise to me that there was no voice acting, but given the somewhat cheesy 80’s action nature of the material, maybe that is a good thing? 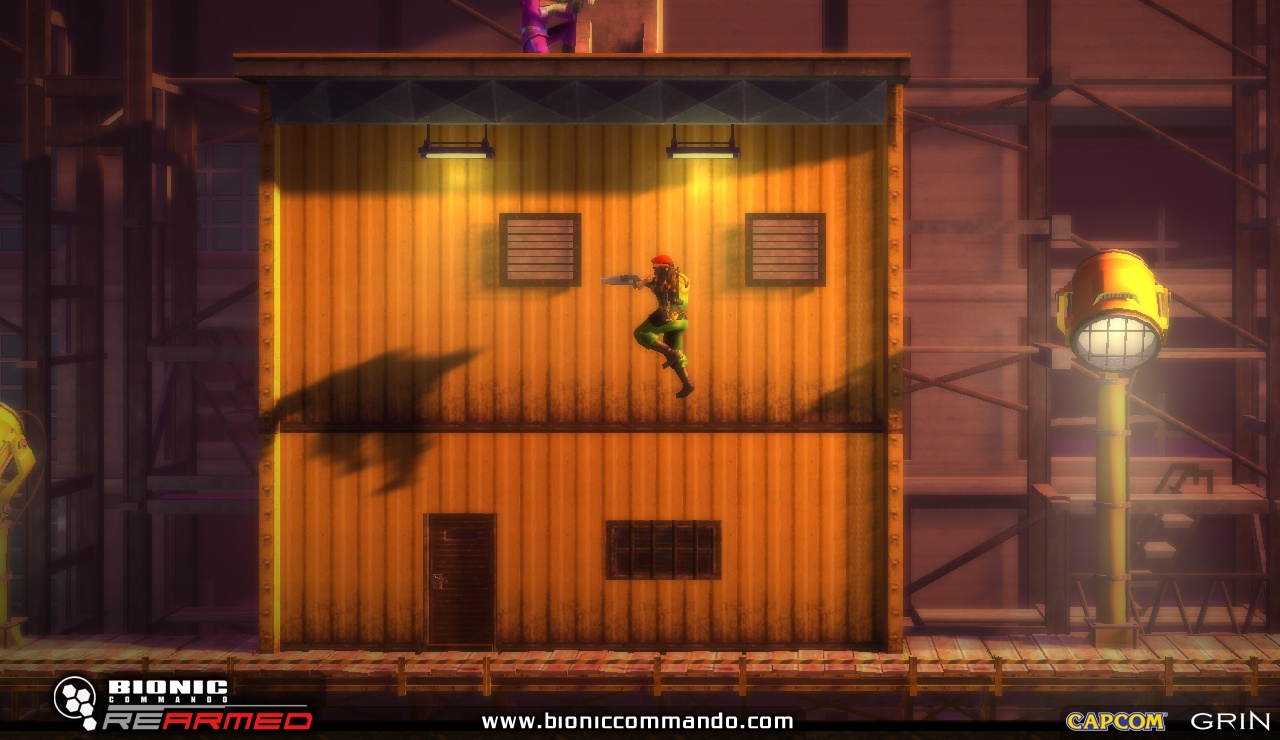 The arm mechanic was always a bit dicey in the original, and that can be an issue here as well when you are attempting to make the perfect series of swings. You can send your arm out up, in front of and at an angle from you and if you mistime any of those presses, your arm launches out and misses its target. Most of the time, it is not a big deal, but if you are pulling off a series of dangerous swings, it can be. Some new wrinkles in the boss fights and gameplay do help to keep things fresh. 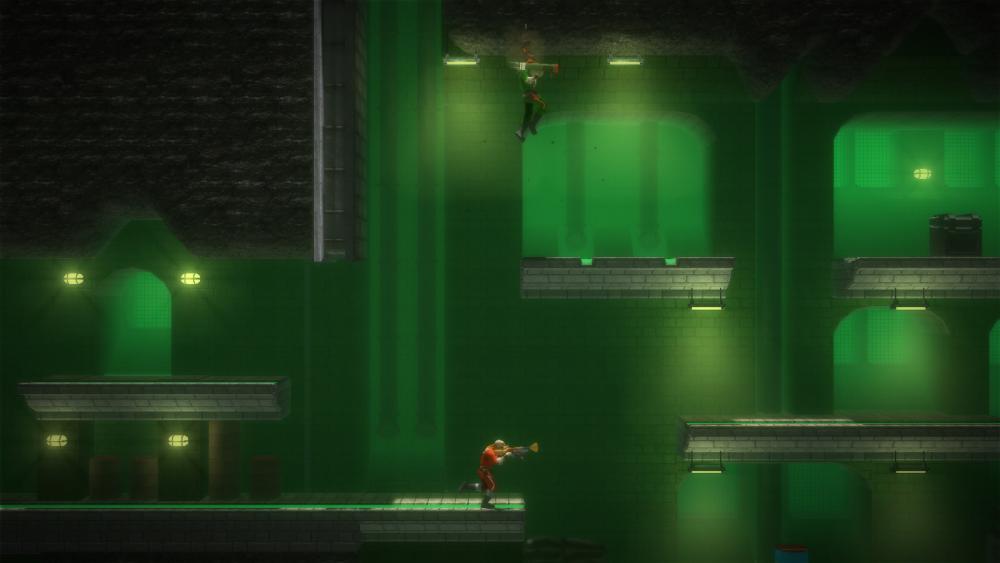 Really, you can beat this game pretty quickly if you get the hang of the arm mechanic. The bosses are interesting – often serving almost as puzzles in and of themselves. There is a series of challenge rooms that give you a reason to test your reflexes, and there is a co-op mode that works a lot better than I would have expected it to. There are a handful of hidden treasures to find along the way, giving the game some decent replay value. 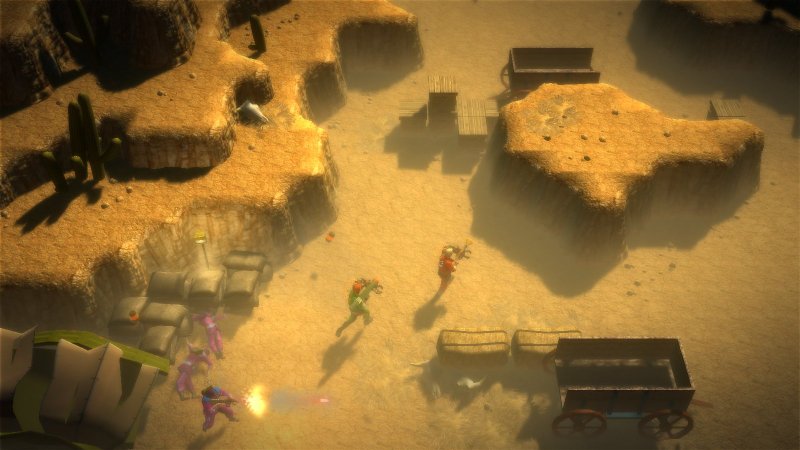 Bionic Commando Rearmed did a lot more right than wrong, with nostalgic throwbacks to the original game I loved, while updating some of the gameplay mechanics and the overall presentation to make it feel like it belongs in this current age. It is a different kind of platforming game, but the sensation of trying to hook things as you span multiple chasms at considerable heights is still fun today, just like it was a rush back on the NES.