comments Share
You are reading
Injustice: Gods Among Us – PlayStation 3 Review

I admit I have been drooling over the prospect of playing a DC fighting game from the studio that brought us the excellent Mortal Kombat reboot a couple of years ago. The idea was interesting – what would happen if Superman became a villain due to tragic loss of his loved ones? It is a dark premise to be sure, but one that is fun to explore. 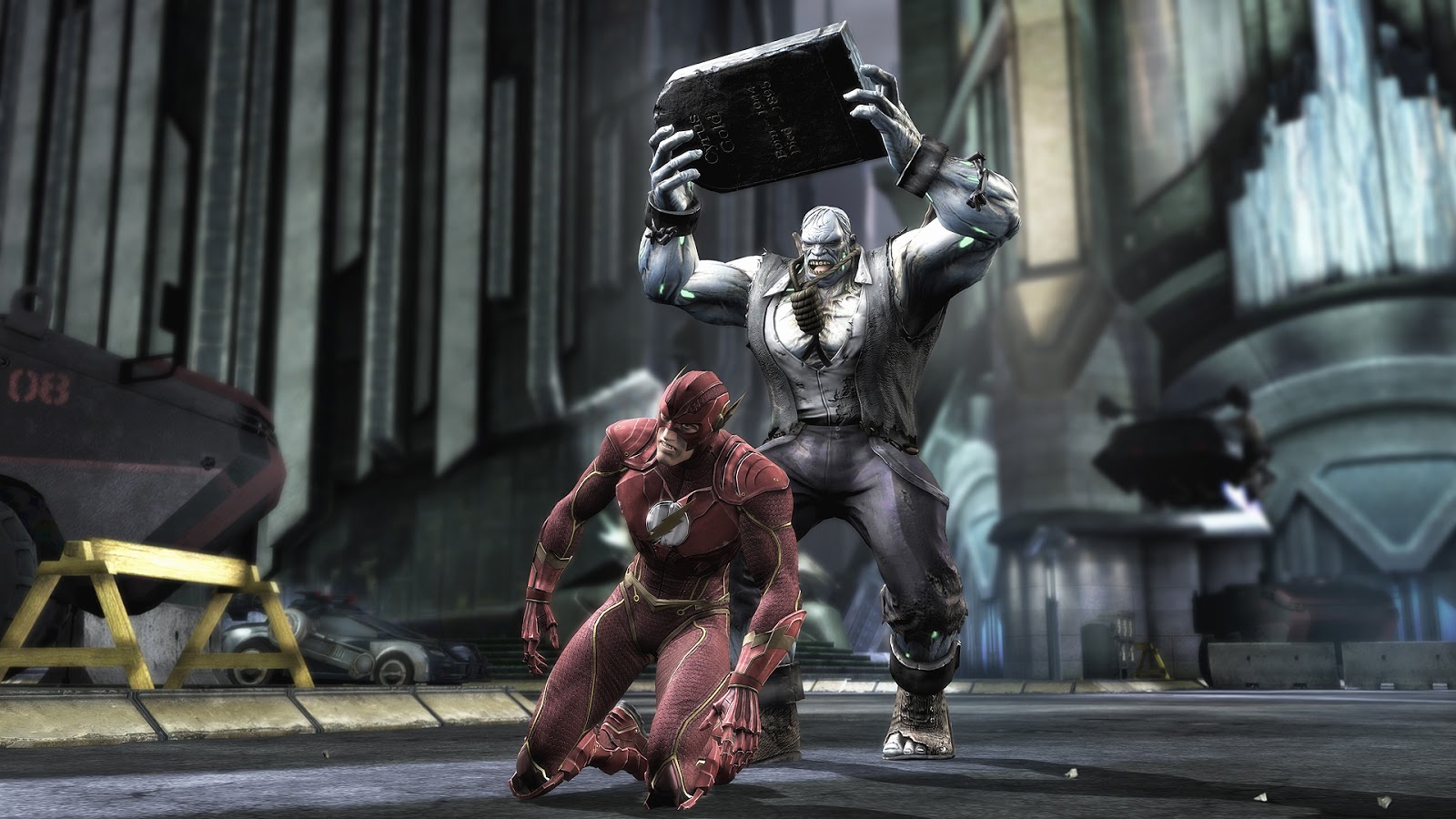 This is not the first time Mortal Kombat mechanics were introduced to the spandex-clad heroes of the DC comic book universe. Several years ago Mortal Kombat vs DC Universe was released to a lukewarm reception, including my own. There were a lot of good ideas that never quite felt like they came to fruition in that game, but the groundwork was interesting. I have been a long time fan of the Mortal Kombat series, and that held true through the last release, which was excellent.

So finally last week I broke down and purchased Injustice and spent a lot of time with it over the following few days. What did I think? Overall I had a great time with it. I have heard mixed reactions to the overall storyline, but I thought it was entertaining while giving a credible set of reasons why someone like Green Arrow would not get turned into paste in a straight-on brawl with someone like Superman. 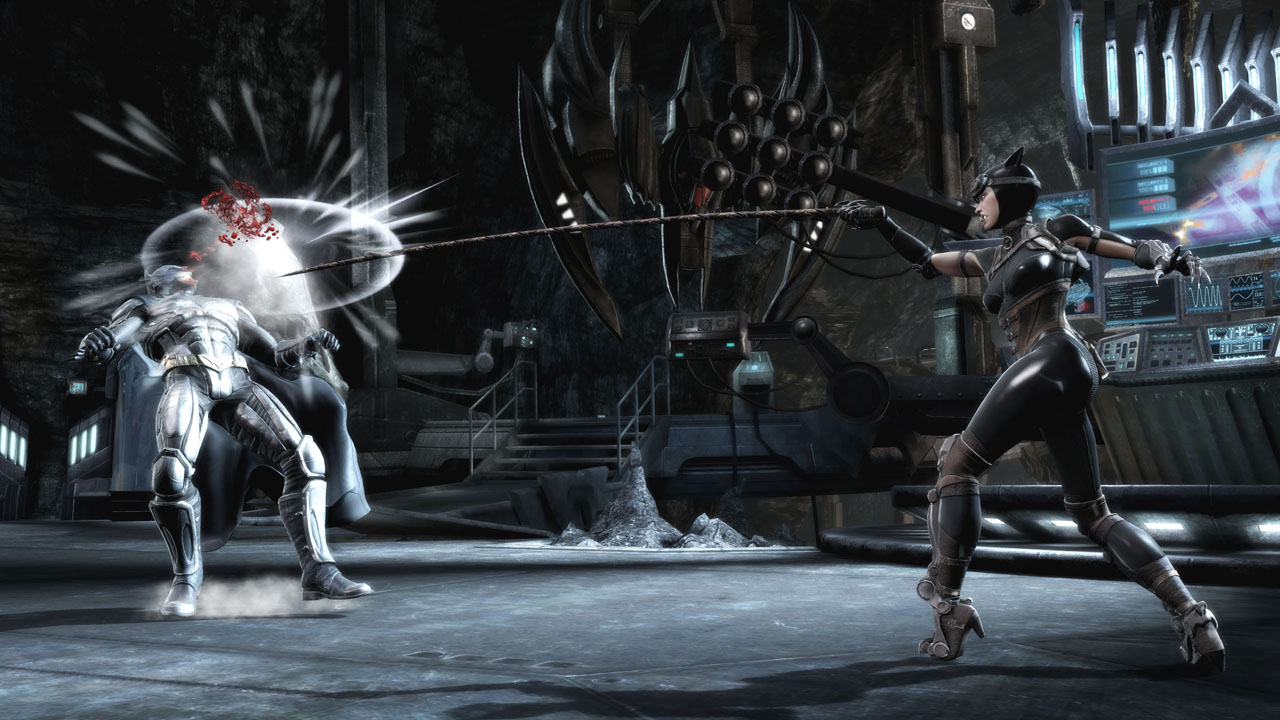 Seeing a number of DC locales brought to life this way was very entertaining for me. There was a great deal of activity and detail in both the backgrounds and the character models, which are also large and move fluidly. The backgrounds are not just for show either, as there are many pieces that can be interacted with, used as weapons or even just destroyed outright. The action never stuttered along or had characters tearing through one another oddly. The cutscenes did sometimes make the characters look a little stiff, but overall the visuals are excellent. Not all of the skins or characters look great. Wonder Woman looks a bit off to me, and some of the outfits I have seen are a bit bland, but some of them look really good too (there are a couple of very sharp Batman outfits, and also one Arrow one I really liked). 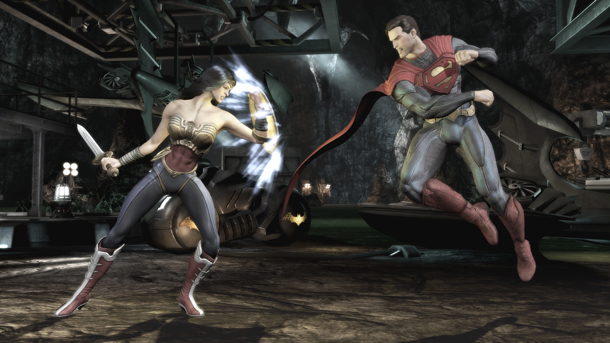 The voice acting is generally pretty well done, with some of the better known talents behind various animated shows making their presence felt here. The audio design is one of the better I have seen for a fighter, as these incredibly powerful beings tear apart the environment and land heavy blows on one another that actually sound appropriately weighty. The music was generally good, if not great. I tend to judge music by whether or not any of the tunes ‘stick with me’ when I am no longer playing the game – that is an indication of very high marks – and none of these really did. That being said, the low point is when music is just plain bad, or maybe feels out of place with what is going on, to the point where it is distracting, and that never happened here either. 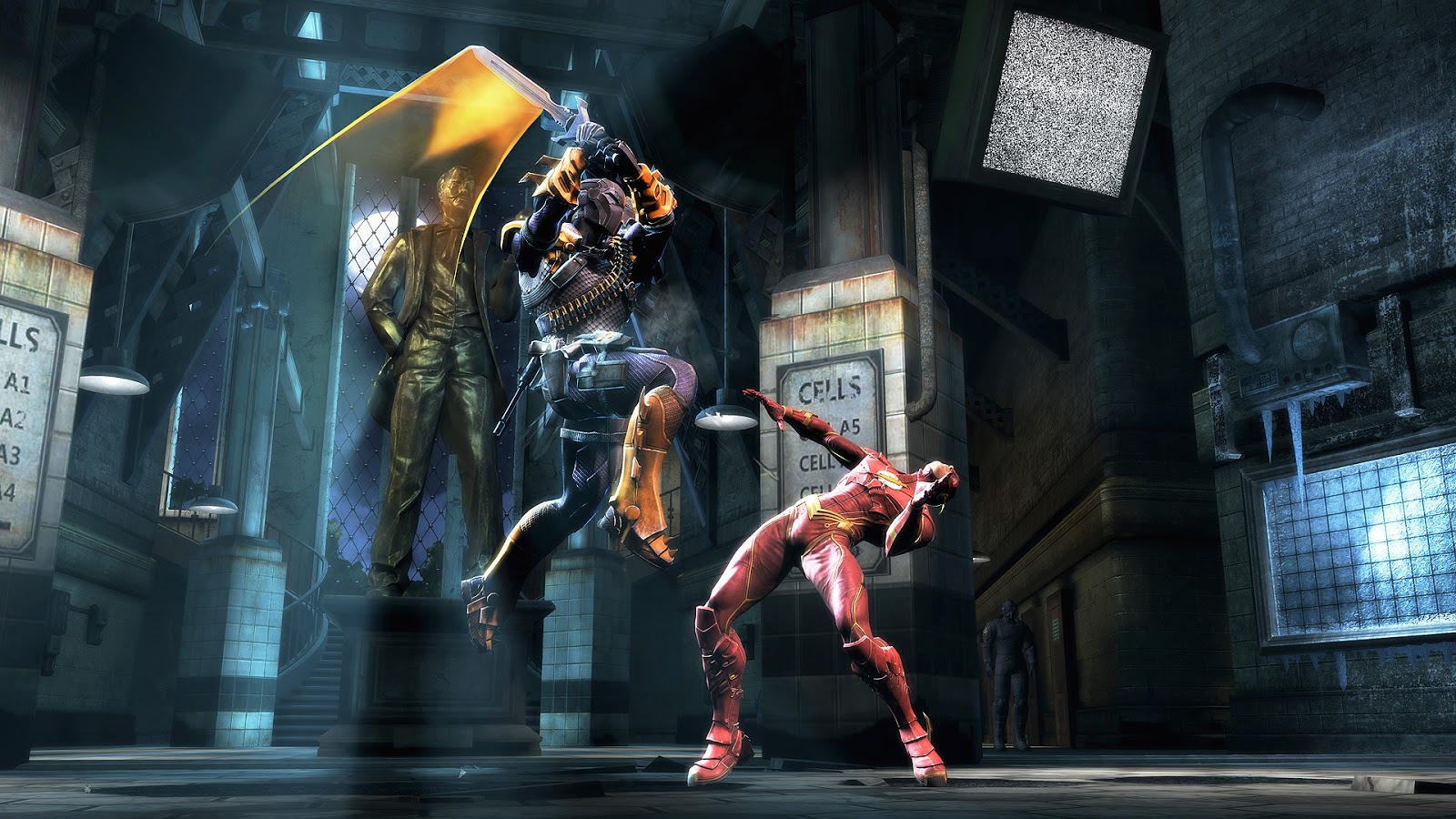 The controls are good and responsive. Most moves are tight and do not feel impossible to pull off (though there are some combos, such as those shown in the training, which do seem a bit harder to time than they should be). The characters actually play very different from one another. Balance in a fighting game is key, and my early impressions are that some characters do have a bit of an advantage over the majority of the field, but I never logged in online and found everyone using the exact same one or two people either. The actual combat scheme is interesting. At times the characters react and use special moves in ways that will feel familiar to fans of earlier Mortal Kombat games. When I pulled off my first devastating super attack, it was reminiscent of Mortal Kombat’s jarring bone-breaking x-ray attacks – though far less gruesome here. That is not to say this is a Mortal Kombat clone. There are some differences in the basic combat moves to be sure, and an interesting gambling/clash system that the computer is very good at using near the end of a match. 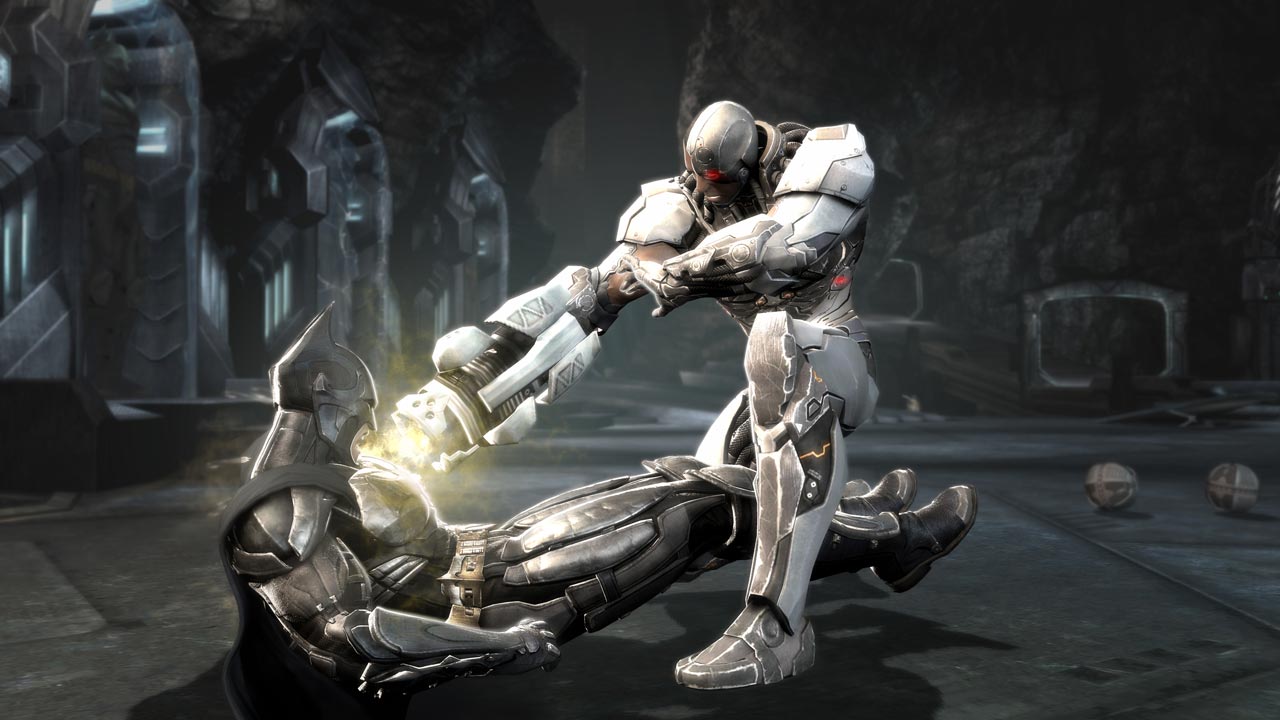 For starters, the cast of characters is pretty impressive. There is a wide variety of appearances and skills – which really helps the replay value. The storyline mode is fun, and you can do arcade-style matches as well, with a lot of different twists available. The online lobby has a few different modes, such as the traditional 1-on-1 matches, but also a survival and king of the hill mode. As long as your opponent has a pretty decent connection, the fights seem to run pretty smoothly. Lately I have been reviewing a lot of fighting games that were a tad older, and as a result they had some pretty sparse online activity – not the case here currently. Lots of matches to be found. Like the Mortal Kombat games, there is a lot of stuff you can unlock as well, including things like character art and music. 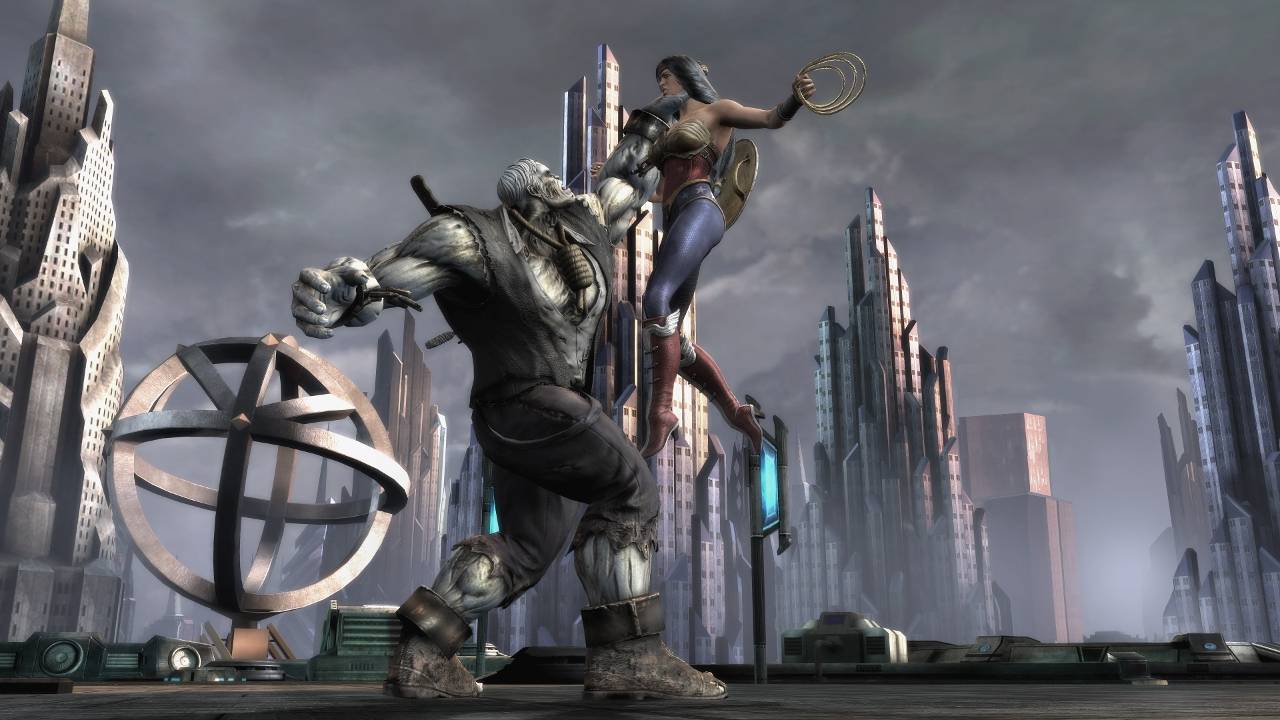 The story mode takes a few hours to beat and has more meat behind it than most similar modes in other fighting games. The combat is fast and fun, with some over-the-top moments that fit the superhero theme perfectly. There are splashes of the red stuff, but really the blood and gore are dialed way back here compared to the studio’s prior Mortal Kombat efforts, and it is certainly no worse for it. Injustice: Gods Among Us is a lot of fun, with some pretty good replay value to boot. 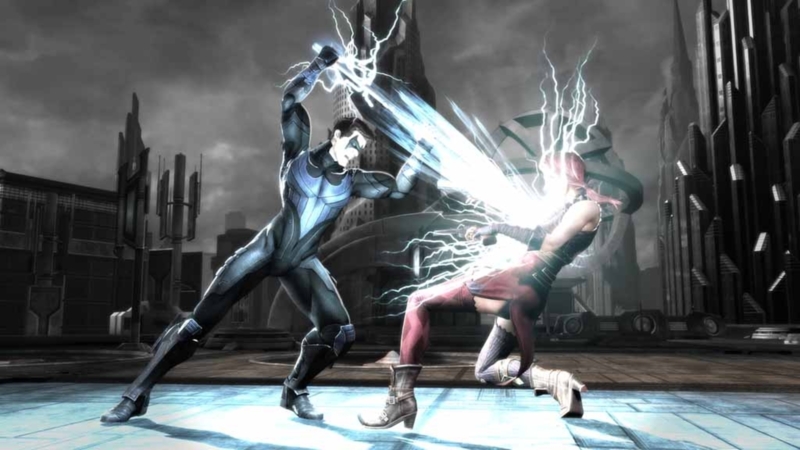