Contra is a classic in the gaming world. It was one of my first NES games and one of my favorite titles early on. It’s combination of platforming and shooting created an exciting, non-stop action experience that has spawned several sequels over the years. 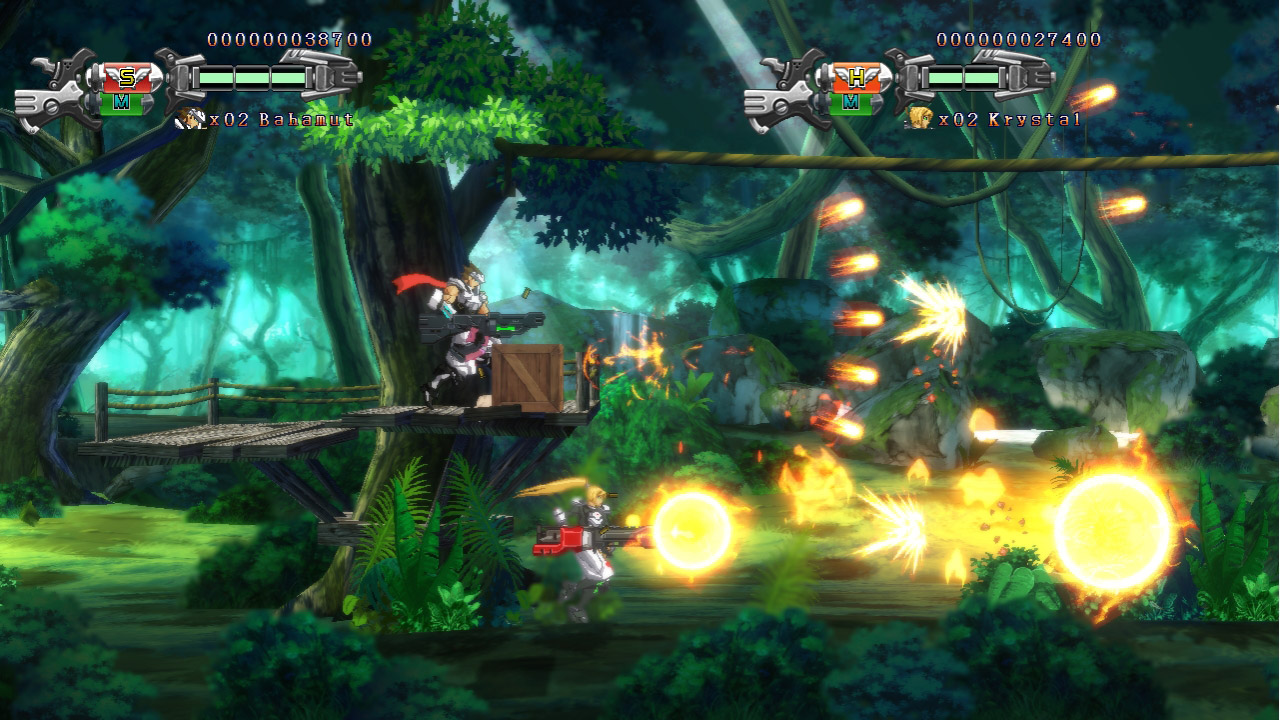 Hard Corps: Uprising is Contra, just without the official name tacked onto it. The permise is simple enough – create running and gunning action with a high level of difficulty and wrap it all together with a really solid presentation. Throw in a handful of wrinkles like two different modes of play and wish players the best of luck! 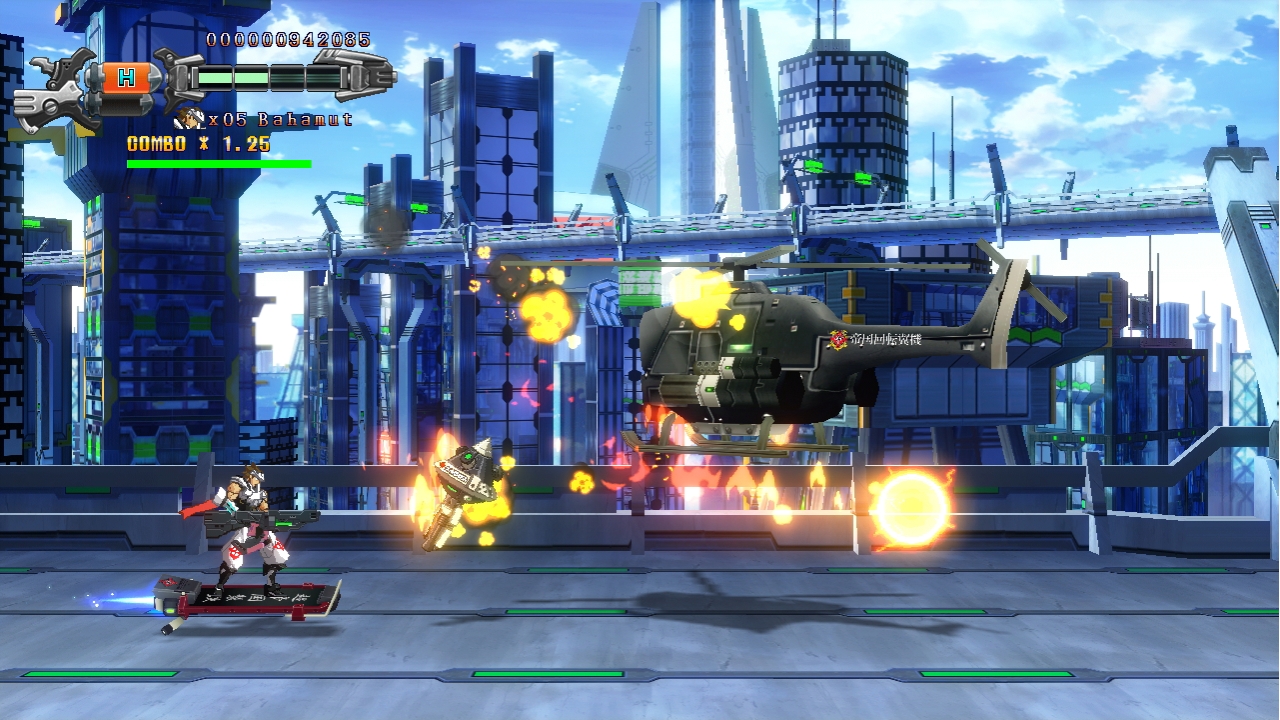 I love the style of Hard Corps: Uprising. The backgrounds and vivid colors would be right at home in some Saturday morning cartoon (do they still have Saturday morning cartoons? Sorry… got distracted there). Everything animates beautifully and despite the ridiculous amount of activity taking place on the screen at once, you do not suffer through slowdown of any kind. Without a doubt, the best part of the game’s overall presentation. 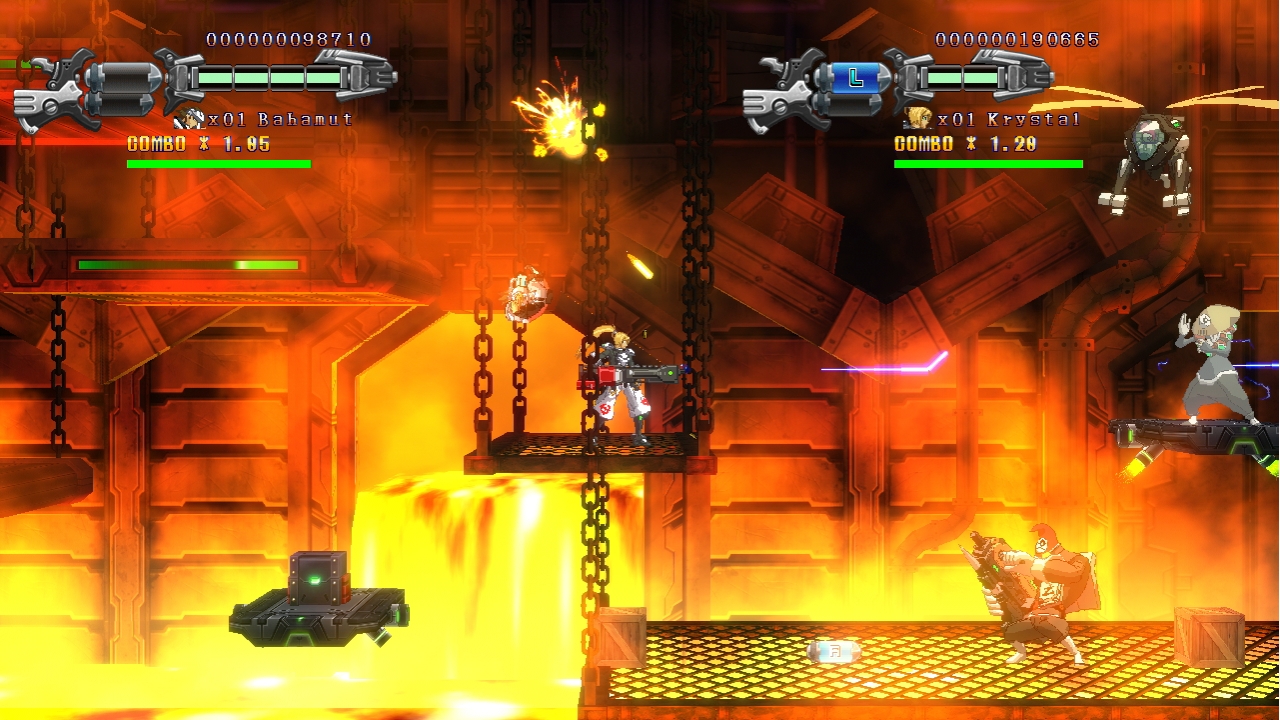 There is his heavy metal background music that goes well with the nonstop action of the game itself, but the dialog is pretty cheesy and there is a lot of sound repetition. I suppose that is expected for a game where you are holding down the fire button nonstop, but other sounds like dying enemies can get somewhat annoying after you have heard the effect a few thousand times.

The action comes fast and furious throughout. Contra was never an easy game (unless you used the infamous Konami code – a bit more on that down below), but I think Hard Corps is even more challenging. This game is brutally tough, and your mileage may vary as a result. There are a couple of game modes you can try. Arcade Mode is simply shooter hell while Rising Mode gives you the option to grind and earn upgrades you can purchase. I preferred the latter, personally. Everything controls pretty well, though the trigger controlled locking mechanism took a bit of time to get used to. 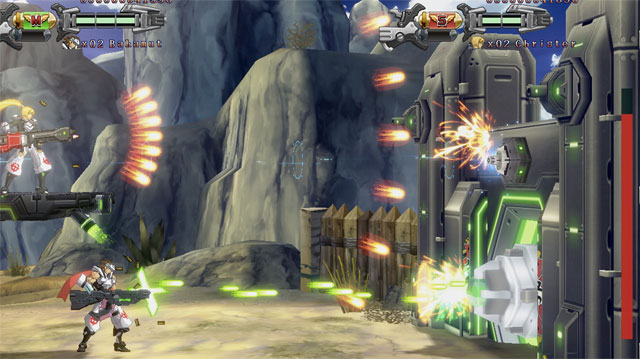 Maybe I am just not as willing to get my bottom handed to me over and over again in games, but the repetition in playing through levels repeatedly did get somewhat old. Thankfully there are checkpoints where you can continue your game, but they are not frequent by any means. Interestingly enough, I fired up Contra on my NES after playing this and found that I was still far better at that game – able to beat it with a continue and no Konami code. This game is harder. The levels are well designed as are the fun boss battles. Also, local co-op is a blast – definitely the way this game is meant to be played. 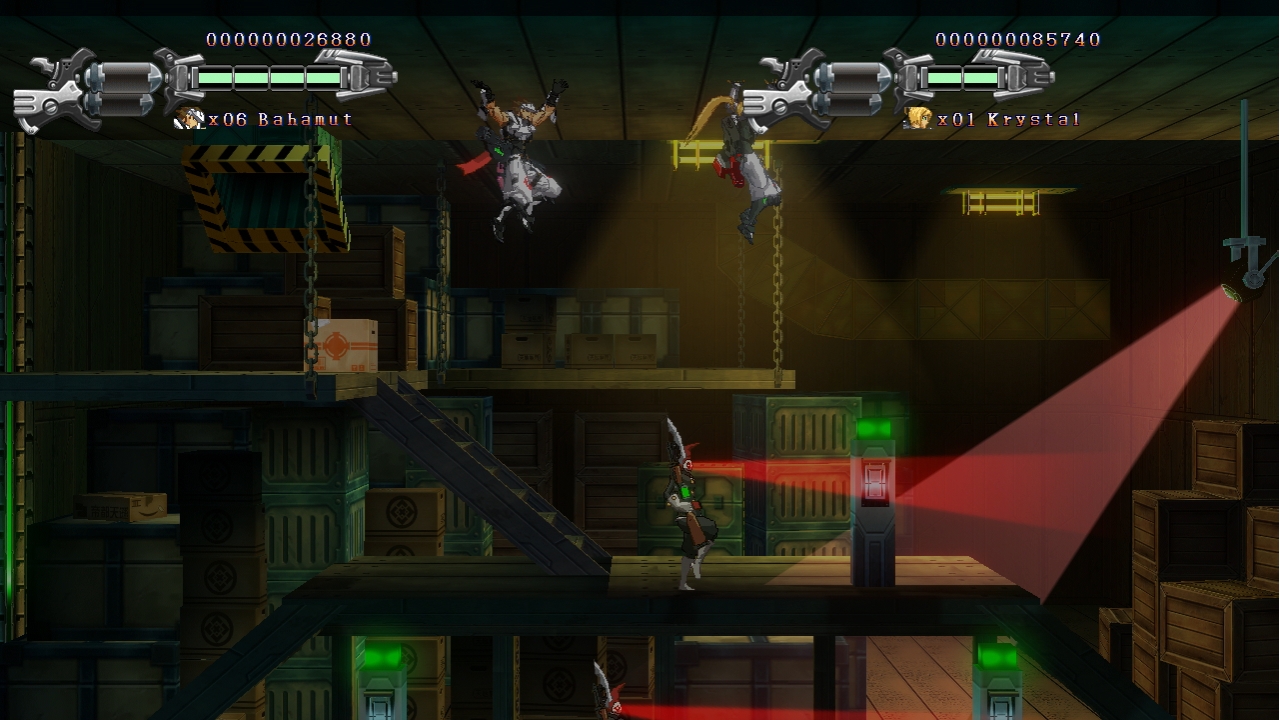 This is a fun game – if you enjoy tough shooting and platforming titles. If you frustrate easily, you may want to pass on this title. There are some similarities to the Contra games of old while still feeling like it has its own, original legs to stand on. Still, the team had a bit of fun remembering their herritage – because you can use the Konami code (for the two of you out there who don’t still know this one by heart, during stage 1 you can put in: up, up, down, down, left, right, left, right, B, A, Start) to fire up a remix of the original game’s music.

Here is what Stage 1 sounds like normally in Hard Corps:

Here is what Stage 1 sounds like with the code:


And here is the original music from level 1 in Contra for the NES:


I thought that was a very cool Easter Egg myself.