Well, this is my last post to go up before my extended Independence Day weekend. For all of you here in the States, I wish you a great few days as you hopefully get a chance to rest, relax and enjoy the extra day or two off. For my other readers – here’s hoping you enjoy this review, get to play plenty of games over the more traditional weekend, and as always: thank you for taking the time to stop by and read. I really do appreciate it. Now… on with my latest review.

On the surface, Project X Zone sounds like everything I could look for in a title. I love strategy games, and have played enough Sega, Namco Bandai and Capcom games over the years to appreciate most, if not all, of the over 200 characters drawn from 27 different gaming franchises. 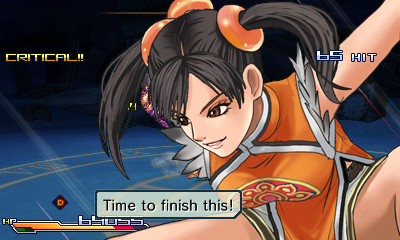 Still, I admit I was at least a little concerned. I am generally a big story guy in my RPG and strategy titles, and something with so many characters from different games (Shining Force, Dead rising and Virtua Fighter for example?) seems like it could turn into a mess. Also, Fire Emblem Awakening set a really high bar for strategy on the Nintendo 3DS, which I scored a 9.5 out of 10 in my review, and was only released a few months ago.

Still, I had to make this an immediate acquisition. The handful of concerns I had were pretty small when weighed against what I hoped would be a good tactical game glossed up in tons of fan service. I got what I had hoped for. 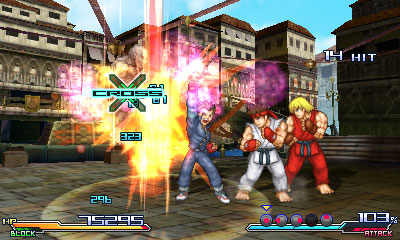 The 3D effect looks pretty good – not as pronounced as a lot of games, not even quite as good as Fire Emblem’s, but the sprited, pixelated characters really look good. The maps themselves are okay, but it really is about the characters, and when you consider how many different ones with distinctive appearances we are talking about, making them stand out from one another is a pretty solid accomplishment. The combat screens are crazy busy, but fun to watch. They sort of remind me of when you do a team attack in the Marvel vs Capcom games, with lots of large characters moving about while things explode all over the place. 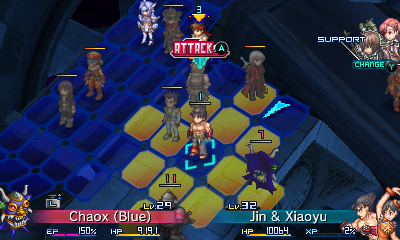 So the audio is all in Japanese. For some people that is a perk, for others it is a negative. I would prefer English myself, but have played enough JRPG titles that it does not really bother me either. The sound effects are there, and somewhat minimal, but I kind of expect that for a title like this. The music is often pretty cool, with remastered mixes of original tunes throughout. One moment in particular that caught my ear was some Street Fighter music playing when Ken and Ryu entered one of the chapters. That made me grin. 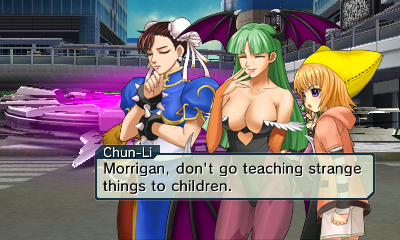 This is not the deepest of tactics games – you get more depth out of something like Fire Emblem, but there are some cool systems at play here too. There is a shared bar that powers up through combat, and you can spend it on things like special skills to power a unit up, revive a fallen unit, make defensive counter attacks or unleash some pretty slick-looking super attacks. Units consist of two to three characters, and the basic combat is pressing a, pressing a and to the left, or pressing a and to the right. But, if other allied units are in close proximity, you can call them in for a quick assist, and the same can be done once a battle if you have a third character as part of the unit. This control scheme combined with the side-view 2D combat gives the combat a decidedly fighter-like look and feel, despite the fact that it is all very numbers driven under the hood.

You can interact with parts of the map, destroying impediments, rescuing a fallen unit and sometimes finding hidden objects. These items can do things like heal one or all of your characters, for example. Thankfully there is a single quicksave slot available during gameplay, because maps can take some time to beat – which is a bit of a bummer when you lose a longer fight because you have to start over again, and also does not lend itself to portable, on-the-go gaming, but it’s a fairly minor complaint. There is only one difficulty level, but I never felt like it was overly challenging. 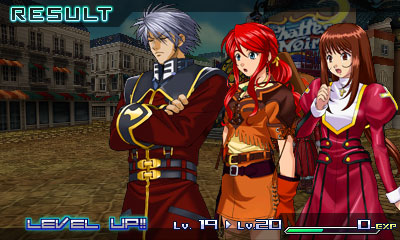 So for me, this would have been a solid strategy game even without the myriad of characters being dropped into it. I feel like the strategy element is good, and you gain experience to level up, giving you a nice sense of persistent progression. There are a ton of levels, and it is a lot of fun to try and see as many special attacks as possible with the huge cast of characters. That being said, this is a an excellent tactics game that DOES have a large cast of notable characters. The fighting fan in my loved seeing Jin, Akira and Ryu all talking, and many of the dialog moments are funny, if cheesy. Unfortunately, the story itself is basically throwaway, and keeps this score from being a 10. I said at the beginning of this review that I liked good tales, and this one lacks on that front. It is understandable, how do you coherently weave the tale of Mega Man in with characters from Shining Force?

Another item of note is that the characters are all pretty similar to one another. Not visually, mind you. They all look great and are well differentiated. However, they all function more or less the same way in combat. This can be a good or a bad thing, depending on how you want to look at it. Unfortunately that means the tactics are lacking some of the depth found by having different classes in games like Fire Emblem, but Project X Zone is all about fan service, and no one should feel slighted because their favorite characters from their favorite games feel underpowered either. 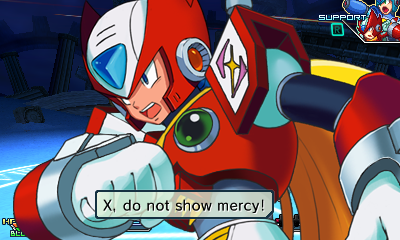 A lot of companies have been taking to these kinds of collaborations lately, and I for one love it. This game is a huge shout out to fans of Namco Bandai, Sega and Capcom. It does not do everything great, but it does enough things really well to make Project X Zone a fun play – especially if you are a fan of strategy games. I am pretty much the target audience for this title since I know most of these games and characters really well from over the years, and am also a huge fan of strategy/RPG games. 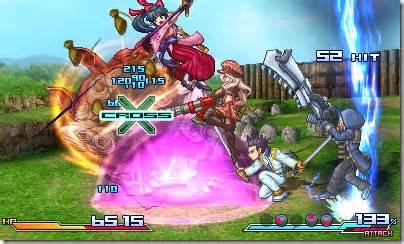