Sometimes games just immediately click with me, and then either follow through on their promise or start to let you down the longer you play them. A-Men was a title that I enjoyed right out of the gates, but actually started to overstay its welcome a bit by the time I was done playing it. 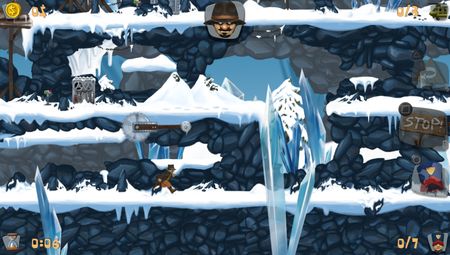 I could recognize several titles that likely served as inspiration for A-Men: Lemmings, Trine and Toki Tori all came to mind. All three of those games are favorites from years past, with a combination of puzzle solving elements and entertaining visuals. This is how A-Men got off to a good start with me, because the graphics are bright, vivid and full of cute animations. It tries to challenge you with puzzles that have a huge trial and error component to them, where you have to worry about things like opposing soldiers marching around (very Lemming-like), while watching things like how far you are falling (too far will kill you) and figuring out what order to do certain operations in the level.

There are quite a few different characters here, and like Trine they have different abilities you can use to try and solve things. The story here is pretty much nonexistent, but the characters are actually pretty colorful and add some amusement to the proceedings. 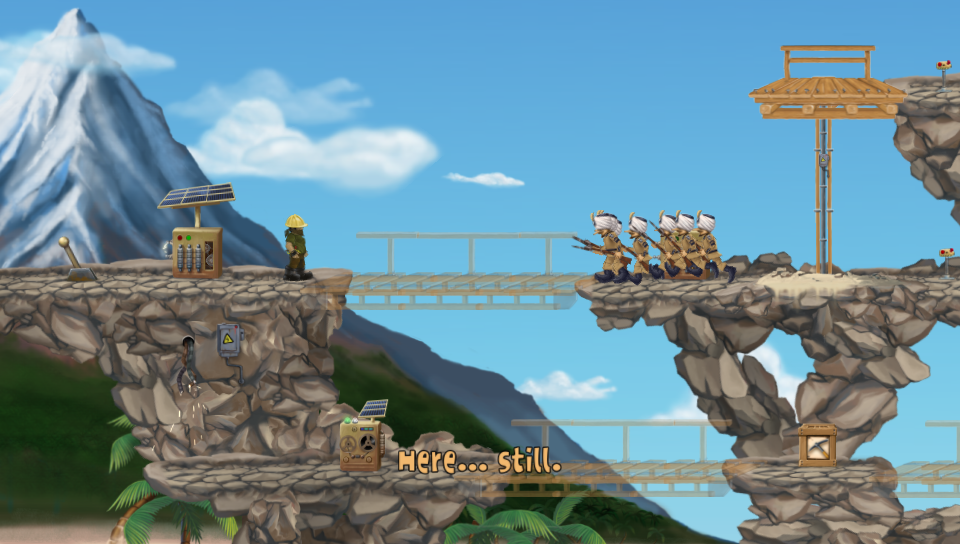 The problem for me comes in later in the game as the levels become longer and more difficult. There is a very specific way of trying to do these things, and deviating from it usually leads to death. If you could rewind like Toki Tori, survive your ‘screw up’ like in Trine, it might not be bad, but instead you have to go back to your last save point or the start of the level. Save points appear sparingly, and to even use them requires spending earned points on them. Each time you use them, the cost goes up, which means that by the end of the game, you could be hitting save points you cannot even use because the cost is too high.

The need to do things over and over again starts to feel a bit like unnecessary, even brutal padding that will likely frustrate most gamers. Bloober makes no apologies for this – in the game’s description they call A-Men out as being a hardcore challenge. Still, I thinkt hat hurts the title’s appeal, and unfortunately the developers – while clearly very clever with their level designs – managed to get in their own way a little bit and make what should be a fun experience into something that will often frustrate instead.

There are quite a few trophies, and you can spend a couple dozen hours on the forty levels of play here, though once you have beaten it, it is hard to envision too many people coming back to A-Men for more. Not because the game is bad, but because now you know exactly how to go through the levels – the room for experimentation or true deviation is minimal most of the time – so unless you are just hunting for trophies, there just is not a lot to come back to.

A-Men is not a bad game, it just fails to be a really good one. It made an enjoyable first impression, but somewhat overstayed its welcome by the end, at least with me. I get the feeling that Bloober knows exactly the audience they are going for, and maybe I am not it. I enjoyed the puzzles and the overall look of the game – but in the end the frustration outweighed the sense of accomplishment I felt when I beat a level. I will score it a 6 out of 10. 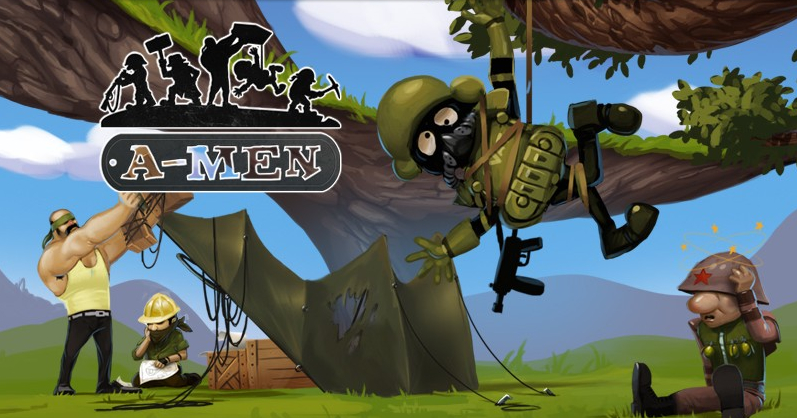