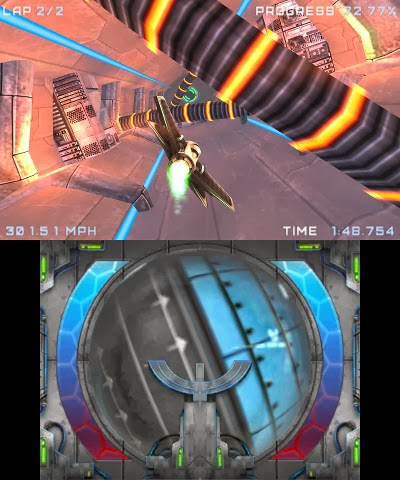 Racing titles, like platformers, are not the first genre I generally leap at, but having seen positive reviews for the prior AiRace titles and having seen the screens and gameplay footage for AiRace Speed, I was curious to see how this futuristic racing title would pan out.

There are a lot of good examples of futuristic racing games ranging from F-Zero to WipEout over the years. There are also a lot of really poor examples, like my recently reviewed Fatal Inertia. This looked like it was something a little different, and on a system where I did not have any racing titles (outside of Mario Kart), so I was curious how it would pan out.

The overall verdict – it played pretty well actually. I enjoyed the visuals quite a bit, with the 3D aspect giving the tracks an excellent sense of depth – something I lauded Mario Kart for when it released. There is a slick sort of neon glow to the tracks that reminded me of Tron of all things, which is not a bad thing at all. The game moves fast – sometimes a little too fast if you get carried away with your nitro boost. 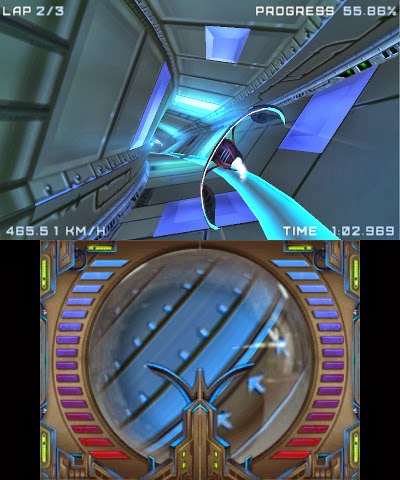 The controls definitely took a little getting used to. Unlike a lot of traditional racing games, this is not you against a pack of other cars, but you trying to get your best times as you are against the environment. Here there are narrow gaps and moving obstacles that will kill you if you collide with them – you will not be bouncing off of them and continuing forward. Crashes cost you valuable seconds however, and when you are finished you can also upload your scores to a leaderboard so you can see how you fare against other players. This does help compensate for the slightly lonely feel of racing by yourself.

The controls are a little touchy at first, and there are options for leaning using the bumpers and also boosting and braking – though you slow, not stop completely. It can be tough to juggle the desire to boost down a narrow passage using your nitro, but you really need to balance that against the prospect of a wall with a narrow vertical or horizontal slot right around the corner that you may not have time to react to. 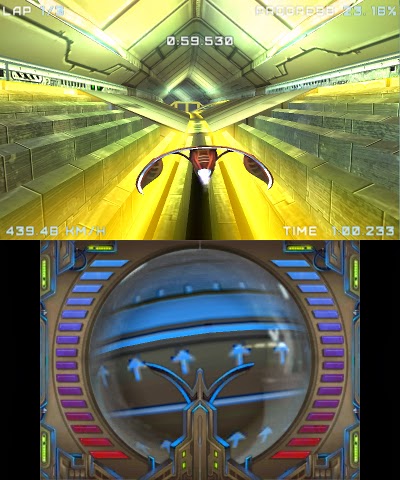 The sound effect and music get the job done. They are not amazing by any means, but they do fit the feel and look of the game and never annoyed me either. With a set of unlockable achievements and five different jets, there is some decent replay value to be had here beyond just high scores and unlocking new tracks, which is a good thing since there are not a ton of tracks. I believe there were eighteen in total, which is not bad, but a few more would have been nice. As it is, some of those last tracks might be hard for casual gamers to unlock though, because AiRace can be quite challenging. I found it to be a satisfying challenge, but my youngest kid for example, would struggle to beat the first half of the tracks.

All in all, if you are looking for a quick racing game with some decent replay value and lots of speed – this should do quite nicely. I would score it a 7.5 out of 10.