It seems like most of the card games I have been playing were on mobile devices, but Magic 2014 was on both PlayStation 3 and PC, and sometimes I just like to have a bigger screen in front of me with a mouse or controller in my hand to play them. Might & Magic Duel of Champions does have both an iPad and PC version, but I only played it on my laptop and desktop – I never bothered with the mobile version. 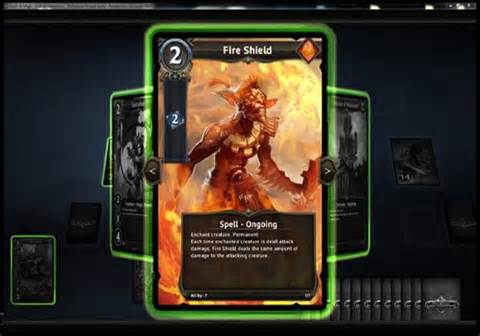 Something about this game just got off on the right foot with me immediately when I installed it on my home PC – thankfully. I say the last bit because I had a lot of trouble getting it to work on my laptop later, but by then I was already addicted to the game, despite the launcher issues (which their tech support was finally able to help me figure out about a week or so later). Until then, I just played on my desktop, and what I found was a game with excellent art and a deep, engaging system of play.

This is another of the many ‘free to play’ collectible card games – that also have microtransactions built in so you are encouraged to spend money on new decks and cards. There are a couple of different kind of currency – but what is nice is you can build them both up through normal play. 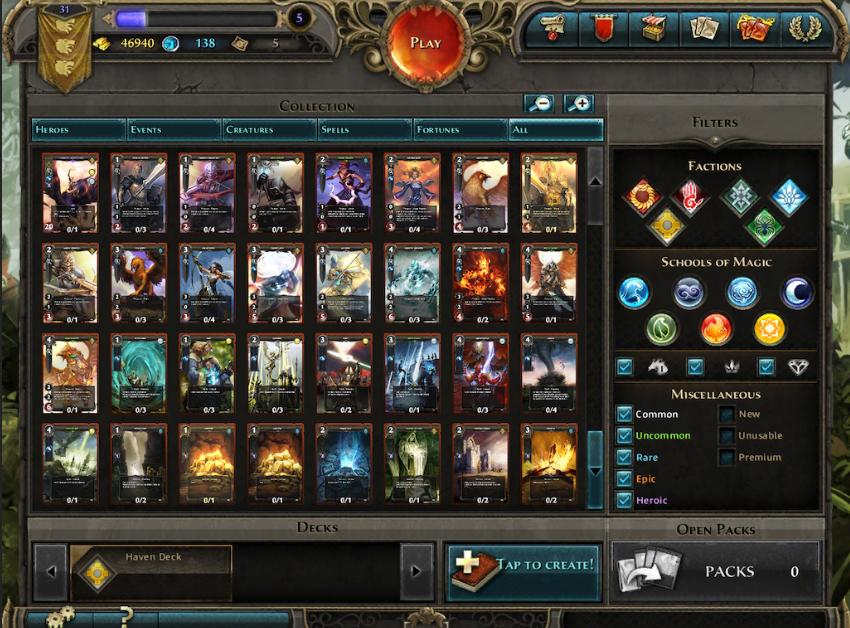 While the easy comparison here is Magic: The Gathering, there are shades of Spectromancer (another of this type of game I really liked) in that you have your cards – but you also have to worry about rows and columns because they impact how your creatures deal damage to one another, as well as the leader cards you roll out in the beginning. Certain spells and effects are dependent on those layouts as well, with cards that might burn both allied and enemy creatures in a horizontal line, or a specific vertical column of up to four.

Thankfully all of it is pretty easy to play, and the sense of progression that comes from earning currency and experience is nice. There are online and offline modes, though it feels like the offline still has a ways to go – there were three campaigns I burned through pretty quickly, and I do not see any more available. Since this only takes up a very small portion of the map, my guess is Ubisoft plans to continue adding to it.

The game itself is a lot of fun, and I really enjoy earning and opening packs of cards. I have purchased one of the ‘big boxes’ for seals, and at least a dozen packs of top shelf cards purchased with gold, but have never spent a cent on it. The biggest issues at this point revolve around stability. There are a lot of crashes and hangs at this point. I tried to spend the better part of a day, two Saturdays ago, playing. I was playing this while playing my 3DS and probably put in about eight hours overall. In that time I had at least a dozen games hang or crash and force me to restart my client, almost always near the end of the contest. I would guess I had lost about an hour that day, which was frustrating to say the least. There are quite a few posts on the topic in the Ubisoft player boards, but there has not been any comment from their moderators on the majority of those topics and there has not been an update to the game since I started playing a couple of months ago.

One major bonus is that online matches can be found quickly, and even if you lose you get some amount of currency and experience. The card artwork is quite good most of the time, and the playing field is also nicely represented. A few small issues aside (like the installer problem and lack of single player content currently), this has been an entertaining addition to the genre and one I plan to stick with for a good while. I would say 7.5 out of 10. 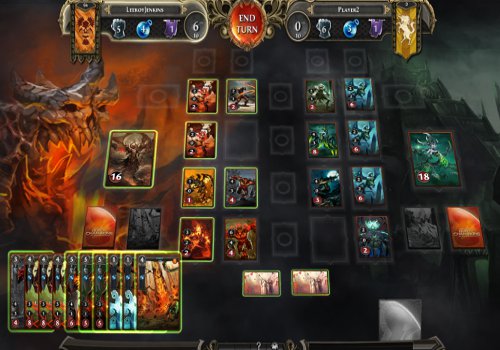