I was excited when my wife got me my Sony PlayStation Vita earlier this year – and rightfully so. The hardware is very impressive – I reviewed the system here. Still, as I cited then, the hardware can only do so much. I am more impressed with the Vita than the 3DS as a console, but Nintendo’s handheld has a better stable of games. This is still true today – but Persona 4 Golden is my favorite game on either console, which is saying something because Fire Emblem Awakening is still one of my favorite titles this year. 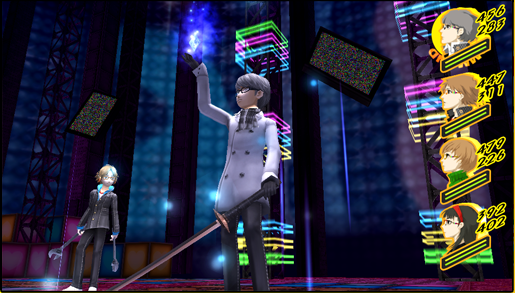 That is not a knock on the Nintendo 3DS, it is just that Persona 4 Golden is really that good. It is sort of funny if you think about it, because my favorite title so far for the PlayStation Vita is not a new, revolutionary release, but a remake of an RPG that came out for the PlayStation 2 around four or five years ago.

I have only played one Persona title to date – the first one for the original PlayStation. The Persona series is quite popular and definitely does some new things with the RPG genre. Probably the most notable is that the setting is a more contemporary one in Japan than the usual high fantasy, swords and sorcery fare you see in most other RPG titles.

Persona 4 Golden is a JRPG, for better or worse depending on your perspective. You have experience and gold earned through turn-based combat. You use the experience to gain levels and the gold to buy new equipment. There is a lengthy storyline and you get to make decisions along the way that affect how your character develops. If these things sound boring to you, Persona 4 Golden is probably not the game for you. However, these are really just the tip of the iceberg in what is a very different kind of RPG game.

For one, you do not just trek forth across grassy plains, grinding away at enemies until you can cross some remote bridge and storm the castle to save a princess. Here you manage a daily life – waking up each day and generally going to school. Sometimes while at your high school you can interact with certain people or handle certain events – like pop quizzes – in such a way that your stats or relationships with others improve. After school, you can do a variety of things, from entering dungeons to doing odd jobs to spending time with your friends or just heading to your room to study. All of these things are important, because building social links can help you create a powerful Persona – you do not have to rely just on grinding in dungeons to get stronger.

You progress through a calendar over the course of a year. You need to complete certain events by specific deadlines or the story ends in failure. The topics discussed in Persona 4 Golden are also not the garden variety stuff of knights and mages. Everything from a character’s sexuality to the weight of a family business weigh on the people you meet along the way, creating a heady, more mature storyline than a lot of games touch on. 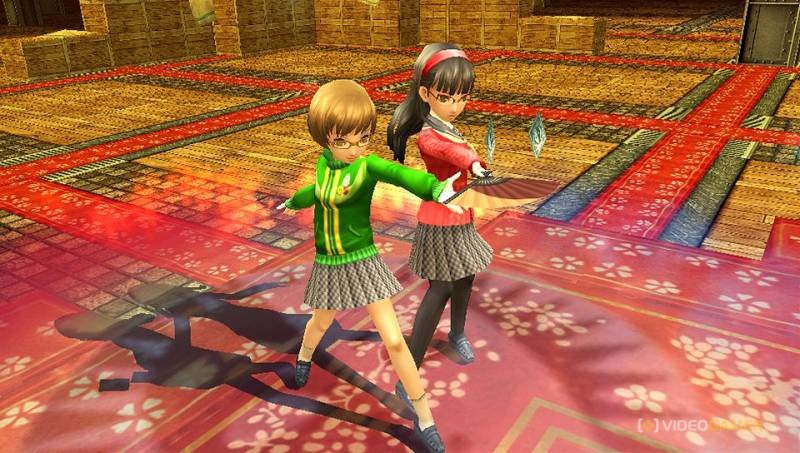 Persona 4 Golden is basically an HD remake of a game a few years old now. That is not necessarily a bad thing though. The graphics are quite good, making Persona 4 Golden a pretty game with no technical deficiencies to speak of. It probably helps that the source material really is not all that old yet. I suspect it would require a lot more work making the original Persona more appealing than this fourth iteration. 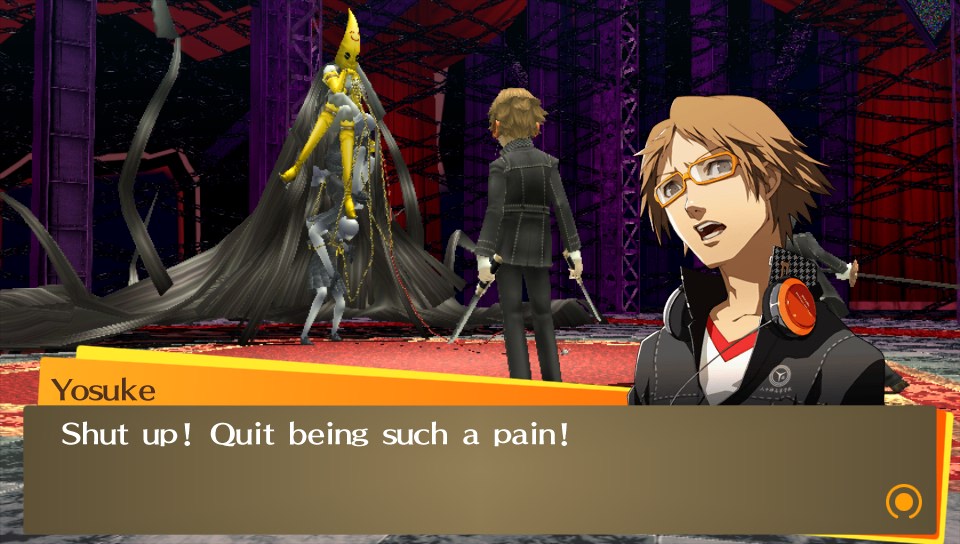 Character dialog is excellent, and the voice work that accompanies the story told here is equally impressive. The sound effects themselves are a little bit less varied, especially when you are in the dungeons, but you do get a few helpful effects here and there, like the growling sound of a nearby monster when it notices your party. The soundtrack is interesting – definitely not something I am used to hearing in my video games, with a sort of pop sound to it, but good lord it is oftentimes catchy stuff. Early on I did not know what to think of it, but after several hours I have struggled to get a few of these songs out of my head.

Persona 4 Golden gets most of it right. The combat is old school turn-based fare, but there is an auto-attack option (pressing triangle) that speeds you through most of the easier combat, while the plentiful menus are pretty easy to navigate. There is a handy mini-map as you traverse dungeons and characters are usually marked out overhead if they are of some importance to deal with. However, the game is not quite perfect. For one, I felt like some things were a bit under-explained, leaving you to experiment with the systems quite a bit early on. Not necessarily a horrible thing, but the learning curve can be a bit steep and about halfway through the game, I realized I would have done a lot of things differently in the beginning if I had fully understood how the systems worked.

The other thing is the save system. You can only save at specific checkpoints – and that includes outside of the dungeons. You cannot save in the middle of a dungeon crawl. I understand that decision most of the time, but keep in mind that this is a handheld system and game – basically designed with bite-sized consumption in mind most of the time. Some dungeons can take more than half an hour to clear, if not more. You can use an item to exit, and come back roughly where you left off, but that seems like more akin to skirting the issue than dealing with it. Also, sometimes scenes play out and take quite a while to complete. For example, one of them happened right after beating an intermediate dungeon, and the cut scenes plus the dungeon took over an hour to complete without getting a save in. Luckily I mostly played Persona 4 Golden around the house, so these were not real big deals to me, but it does feel a bit less ‘portable’ than most other Vita titles. 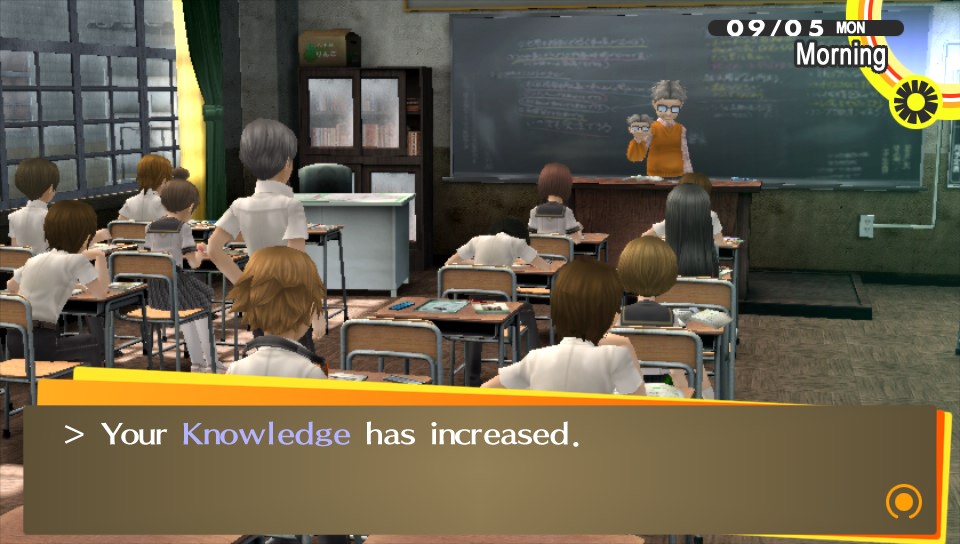 The setting and structure are both welcome breaths of fresh air. The flexibility to manage your day-to-day affairs keeps the story progressing but also gives you a real sense of ownership over not only the progression of your character, but the relationships you build with others. The storyline and material – I really only touched on it – there is a ton more to take in there and it is all very well done. Persona 4 Golden can easily take eighty hours or more to complete, and everything in it is so good you will want to complete it. Top it all off with things like trophies, high replay value and various levels of difficulty, and Persona 4 Golden quickly turns into a deep, rewarding experience. 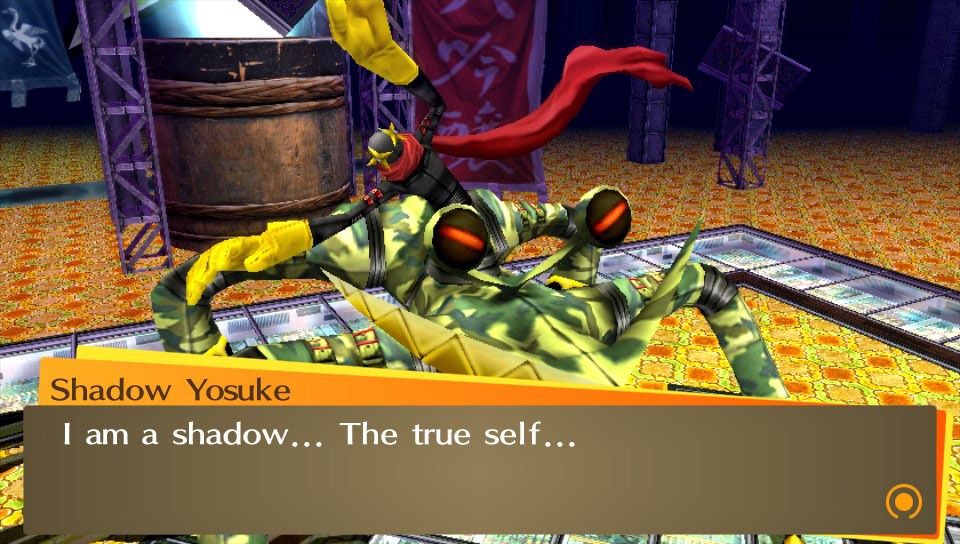 Persona 4 Golden is my current favorite PlayStation Vita game. It is seriously just about anything I could want from a video game, whether on handheld or seen on my television via a console. The setting could be hard for some people to wrap their heads around – I overheard one coworker talking to another and saying the Japanese high school setting made it hard for him to get into the game despite being a big RPG fan who enjoyed the combat. I know others who think that the turn-based combat and traditional JRPG elements were a bit of a drag – too ‘last generation’.

That is them. Me? I could not get enough of Persona 4 Golden, which is not a perfect game, but was still a perfectly good time, and arguably my favorite game I have had a chance to play this year. 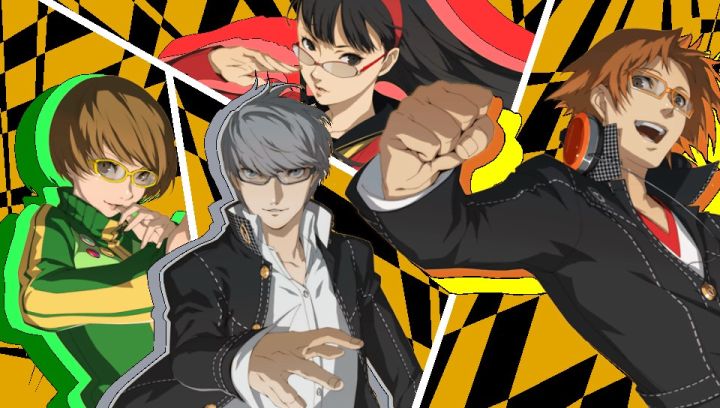