It was pretty recently I wrapped up playing Persona 4 Golden, which I absolutely loved. It is still my favorite PlayStation Vita game to date. I have actually been sitting on Persona 4 Arena for a few months now – but I kept putting off playing it because the events of this title were set two months after Persona 4. It was a good decision to wait, because while anyone can pick up Persona 4 Arena and play it, I definitely felt a stronger connection to the characters I knew from Persona 4 Golden than I did to the ones from Persona 3 I did not know anything about. 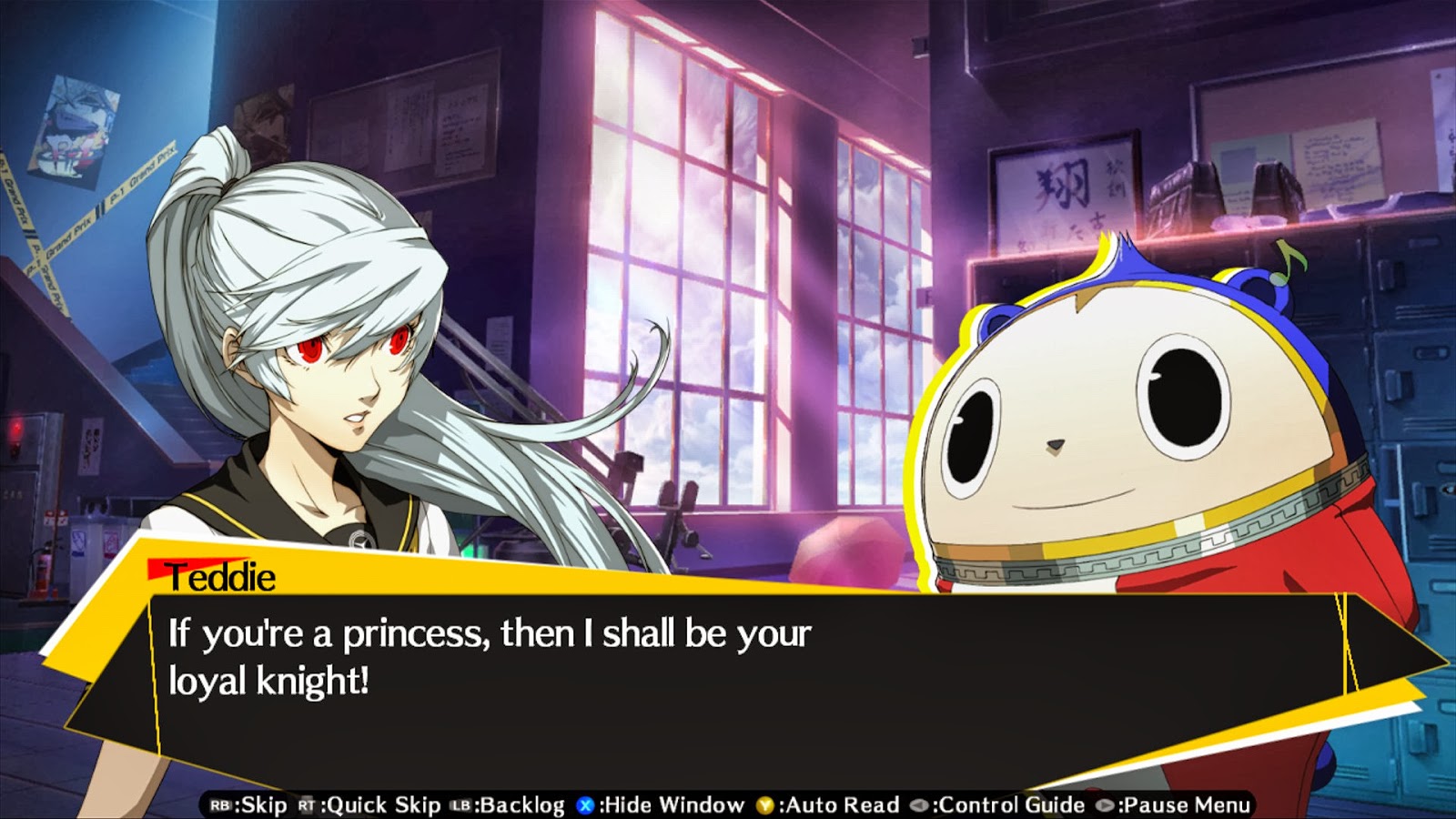 Arena deserves a lot of credit. There is a lot of crazy storyline that went into Persona 4, and it is not something easily glossed over if you are a fan of that game. Thankfully a lot of time and effort went into scripting this new story, while touching on enough points from the original to help newcomers along. All of that being said, I definitely got more out of it knowing the history of Persona 4 Golden, and cannot help but think that would have been doubly true if I had played Persona 3 at some point. 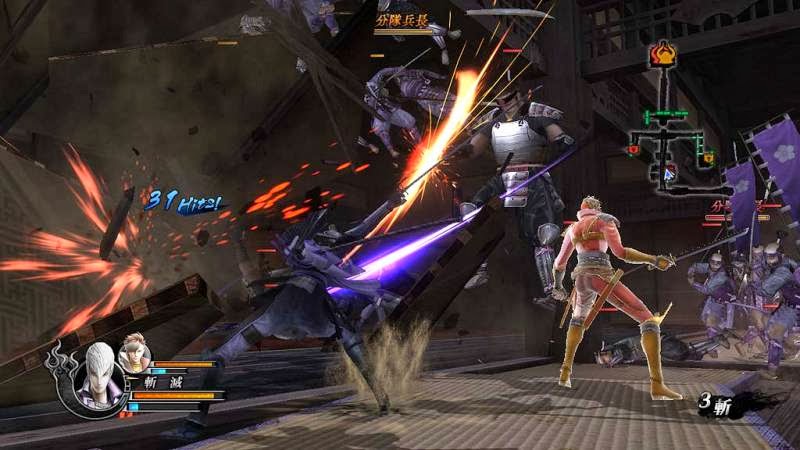 I absolutely loved the visuals in this game. Fighting games all basically attempt to create detailed characters and backgrounds, with fluid animations. Some games opt for incredibly flashy (Marvel vs Capcom comes to mind) versus convincing character movements or 3D visuals (Tekken). Arena goes for the former, with tons of electric bolts, ridiculously impossible jump attacks and just color soaked action draped over heavily saturated backgrounds that give a new perspective on a familiar setting (for those of us who played the original RPG). In terms of areas, my favorite has to be the room with all of the paintings with glowing eyes. 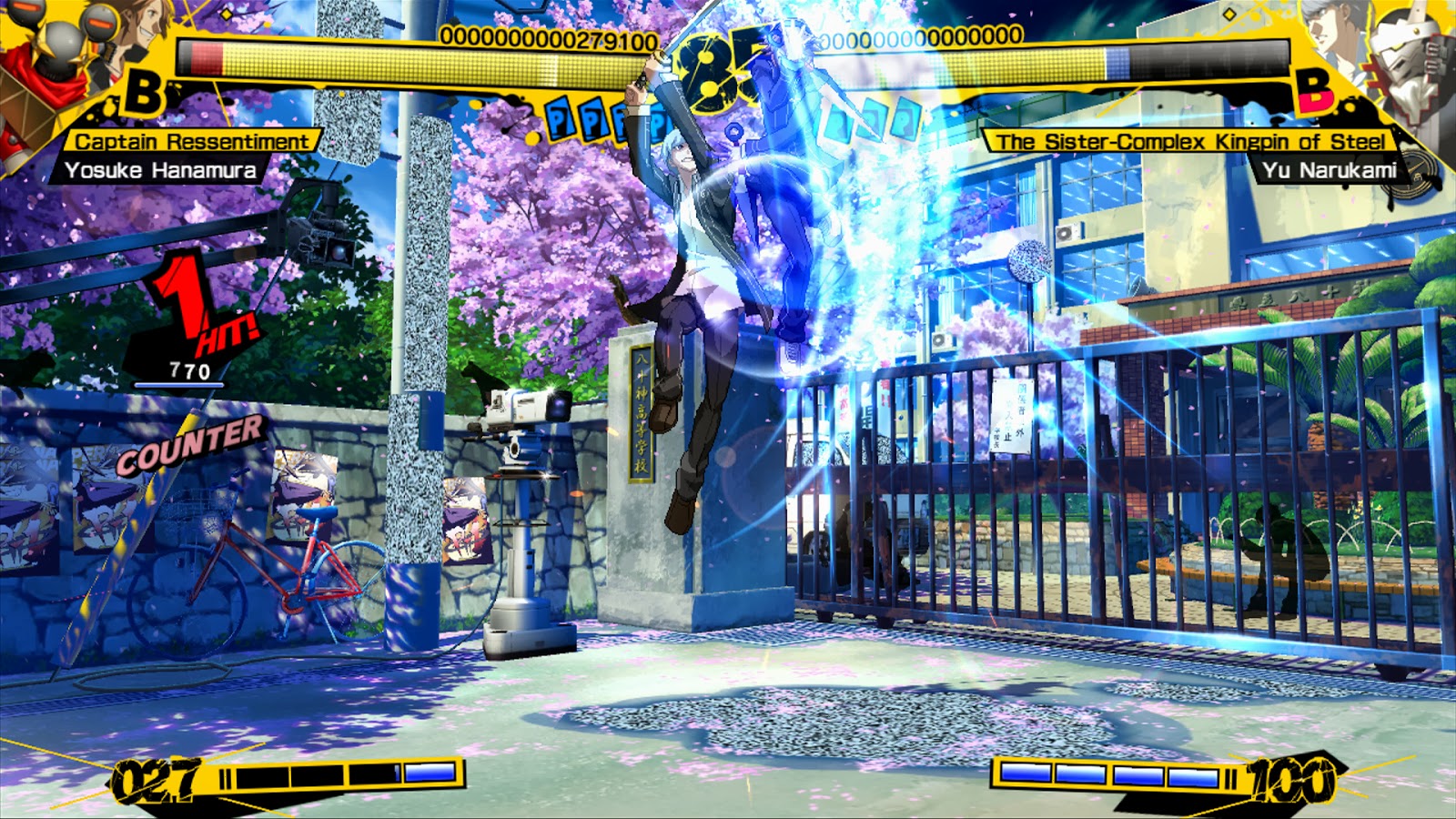 There are a couple of language tracks – convenient for those who really like one over the other. I will go with the English one as that was how I listened to Persona  4 Golden. Many of the same voice actors returned – including one oddity that just kind of bugged me on and off throughout the game. The main character from the RPG, Yu, was a silent protagonist, only making a few sounds here and there during battle scenes. He shared a voice actor with a notable character from Persona 4 Golden, but you never really notice it there. Here, Yu has a lot of dialog in Arena. The other character is absent, but it just struck me as odd – took me out of his dialog quite a bit. Probably my biggest complaint on that front. The music is excellent, with a lot of tunes taking me back to the RPG game. 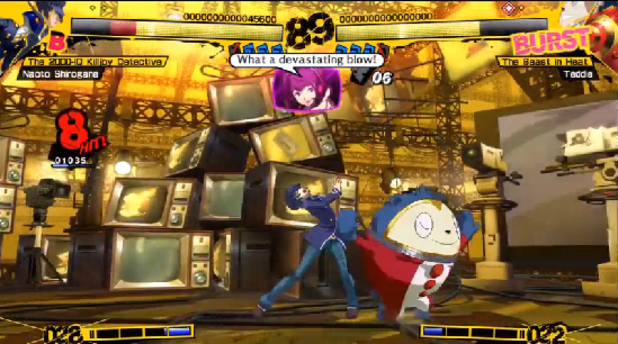 This is not the deepest fighting game ever, but it is still pretty solid. It does not quite require the technical precision of a Street Fighter or Virtua Fighter, but Arena also does not feel effective if you are simply button mashing away, like you can in Tekken or Soul Caliber. The vast majority of the time, the person with more skill will prevail over someone who just gets lucky. That does not mean that less experienced players cannot hope to win against the computer – because the combat is actually pretty easy to pick up and learn, and there are a wide variety of settings you can use to adjust your experience. 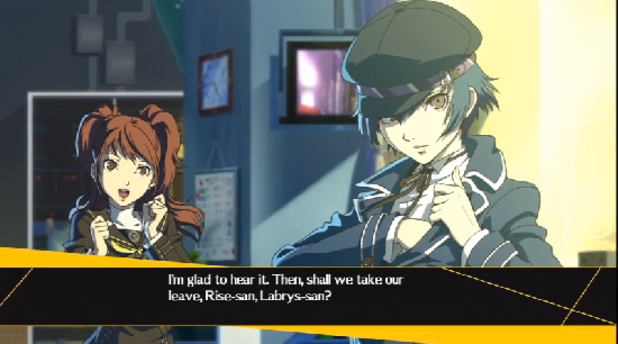 There are not nearly as many fighters as what you might find in other titles. It is not uncommon to see more than forty rolled out in a Street Fighter or Tekken game. Here you have about a dozen, and while they do feel plenty different from one another, you can go through all of their content in a fairly short period of time. Thankfully the story mode is quite good. It is broken up into lots of chapters and gives you some varying perspectives along the way. There is a ton of text to read here, but it is worth it – though I was far more interested in the Persona 4 cast than those from Persona 3. There are quite a few different modes – but nothing that surprises: versus, online (which did have people playing still, which was nice), versus, training, challenges, gallery, etc. 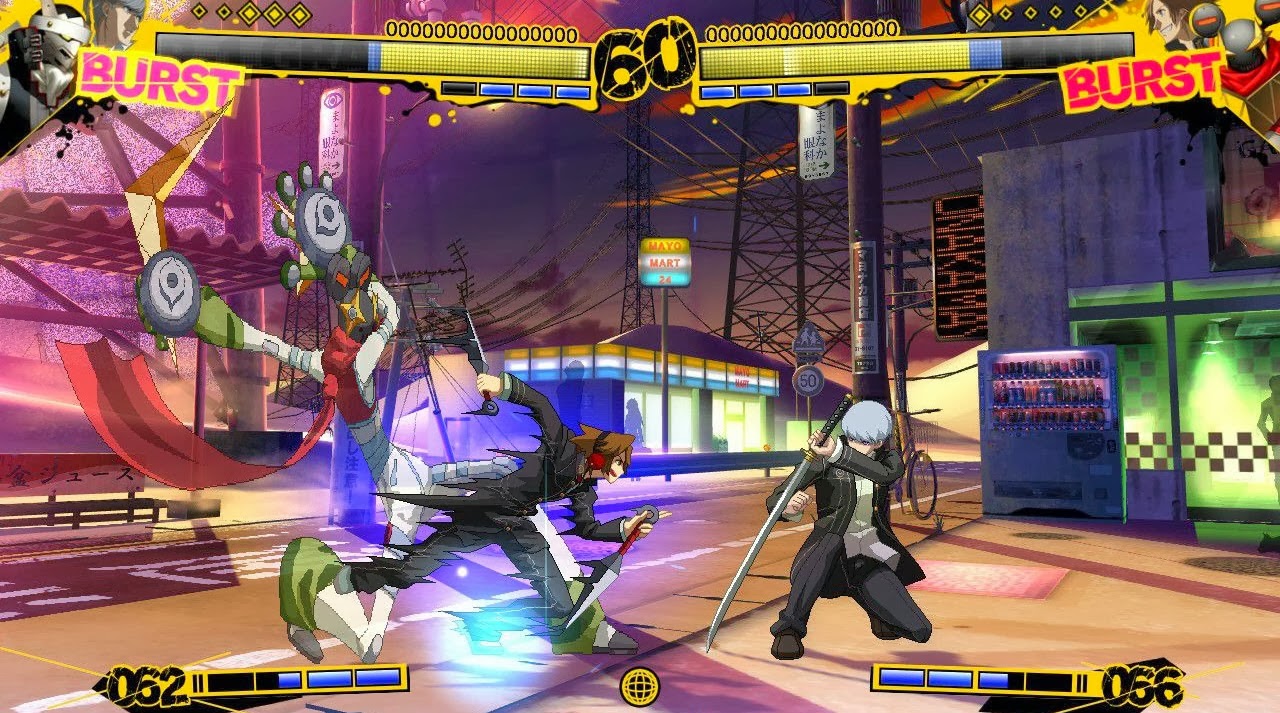 Were I not such an enormous fan of Persona 4 Golden, I suspect Arena would lose a bit of its effectiveness. The familiar voices, music and characters appealed to me though, making me want to know more about what happened to them. None of this would matter of course, if the combat did not hold up – but it does, providing fun, flashy fighting via several modes of play. 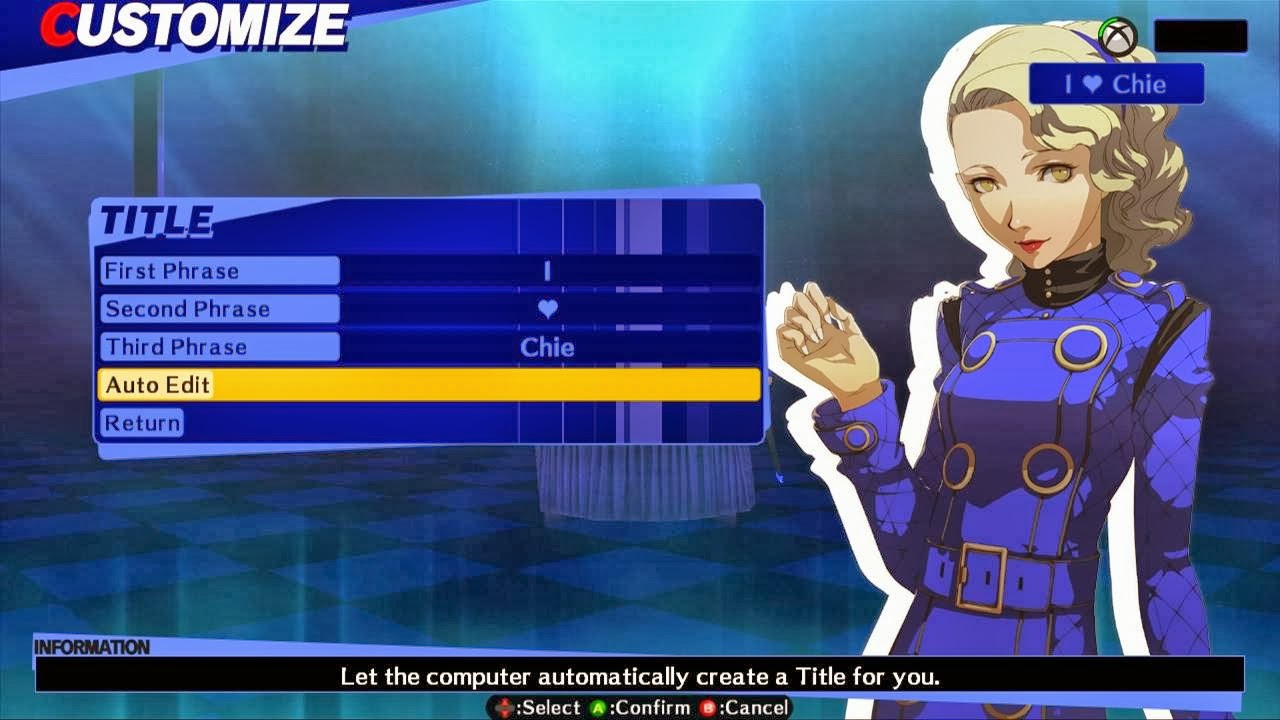