Heights in video games seldom ‘get to me’, as there are usually several disconnects that keep me from getting completely immersed in the situation. Skydive however, is all about the heights and there were a few moments when I found the ground rushing up to me and I was pulling back a bit harder than normal – or leaning with my body as well as the controller to try and bank around a mountain’s edge. 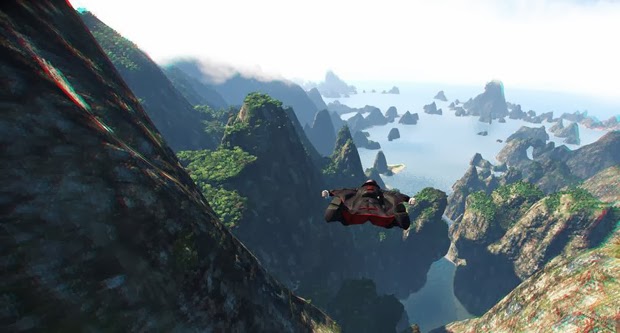 The premise is incredibly simple, which is both a strength and limitation to Skydive. You are basically just base jumping from incredible heights and racing through the air – sometimes trying to go through a specific path outlined by rings, and in other instances racing against other jumpers. You can pick it up and play right away, which is very cool. I have only ever played one another title like this: AaaaaAAaaaAAAaaAAAAaAAAAA!!! — A Reckless Disregard for Gravity. Longest title ever. Anyway, it was part of my Potato Sack review from Steam a couple of years ago, so you can take a look here if you are interested. 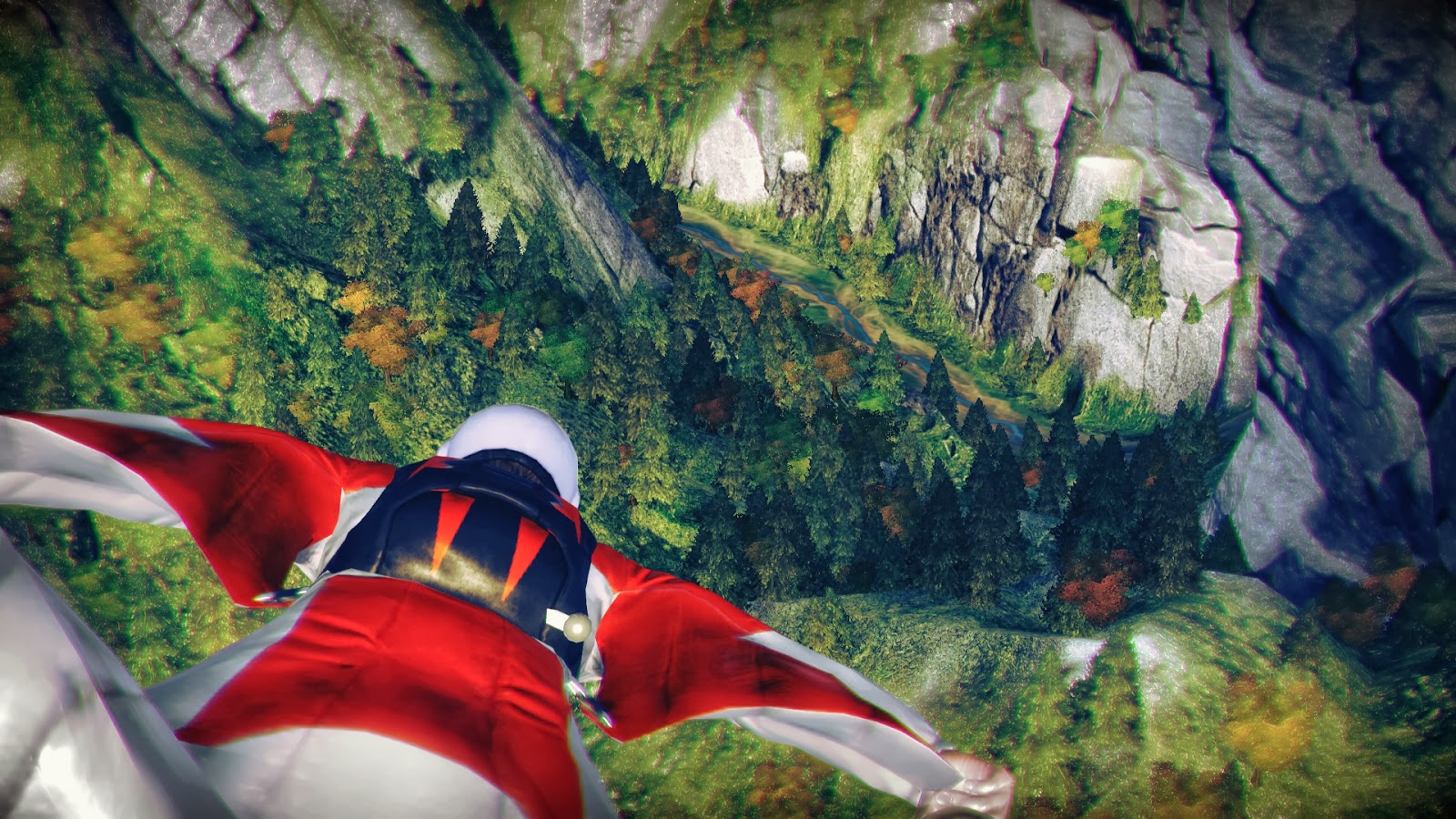 This is a downloadable title, so the bar is probably set a bit lower than it would be if we were talking about a AAA release occupying a full blu-ray disc for the PS3. That being said, the sense of height as you go rushing toward the mountains and trees is really effectively handled. Both of my older two kids came in and simply watched me play for about fifteen minutes before trying it themselves. Something about the visuals just really appealed to all three of us. You can also try several different camera angles. The pulled back third person one is probably the best from a gameplay perspective, but the first person view is a blast as well.

The 3D Perspective: Eh, okay I suppose. You really have to lower the strength in order to keep the image from blurring, but by lowering the strength you lose depth of field, which is why you would want the 3D in the first place. The menus looked sharp, but the characters looked fuzzy against the background. This is one of the few titles that does not simply adopt the PS3’s settings though going in. I double-checked against Uncharted 3 to make sure my TV’s settings were not out of whack, but Uncharted looked excellent still. So, you can take or leave the 3D effect in my opinion here. 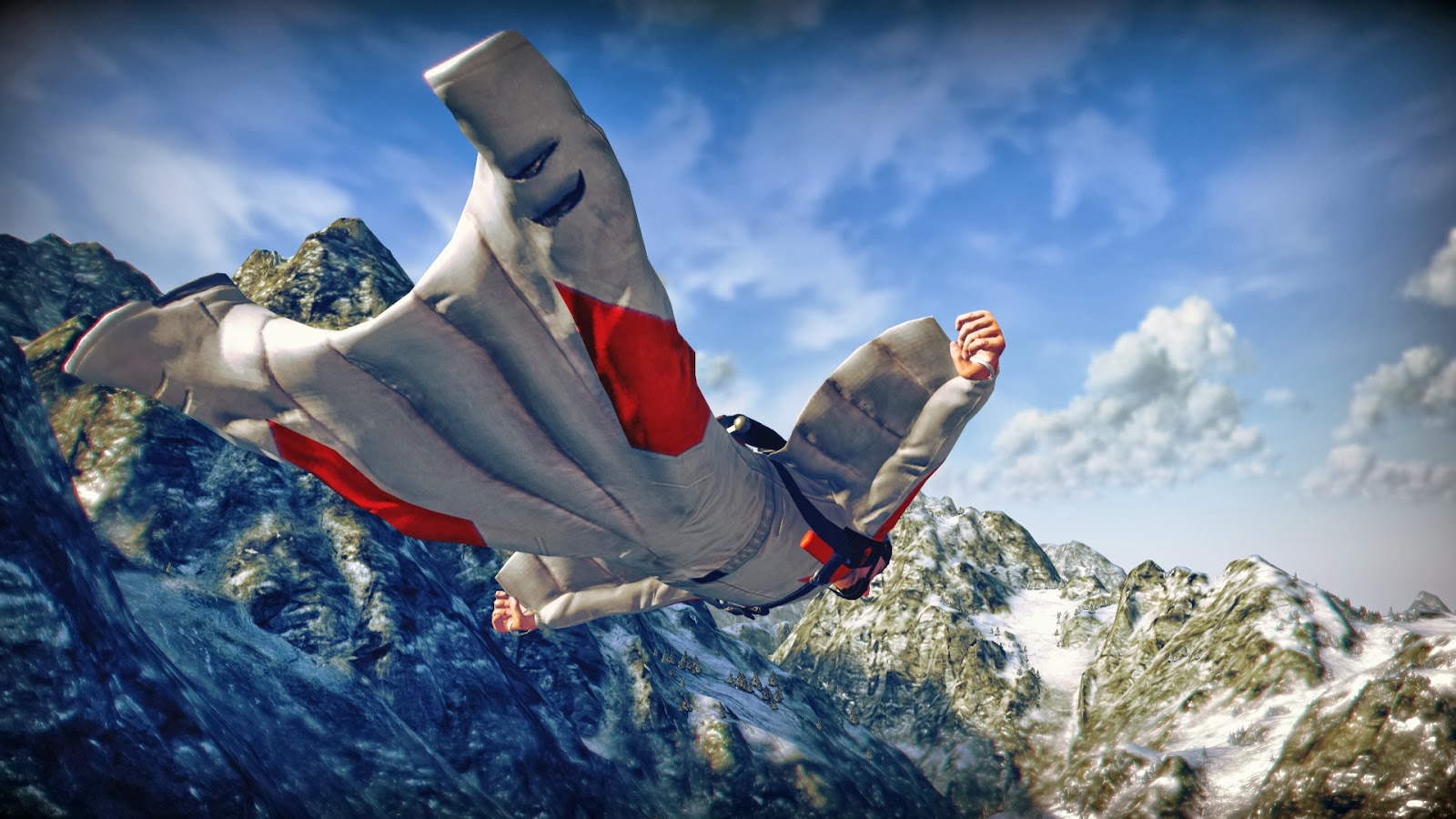 Some heavy metal guitar greets you at the menu, hoping to help set the stage for the adrenalized action. It fits I suppose, but I did not find it particularly likable either. None of the music seemed necessarily out of place, I guess I simply did not care for it by and large. There are sound effects of course, but not many of them. That is probably a design choice to keep you focused on your descent and I cannot imagine that you hear a lot of different things when base jumping in real life. That being said, I could play this with the sound off and not feel like I am missing much either. 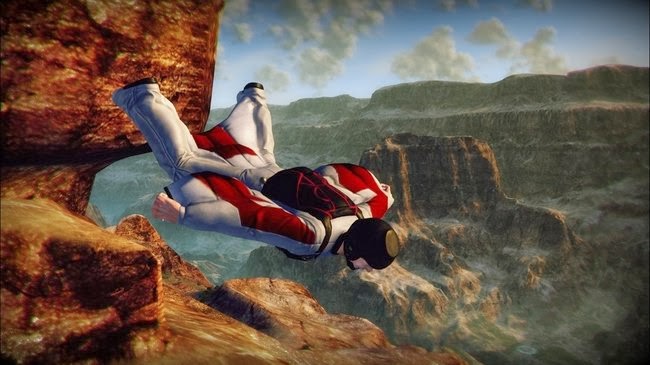 To Skydive’s credit, it is very easy to pick up and play, and there are a pair of control options as well. You can use the motion controls of your PS3 controller, or a PlayStation Move to guide your jumper. You can also switch those controls over to the left stick. The vast majority of the time when I am choosing between motion controls or direct button/stick input, I choose the latter because I generally find it more precise. Here I actually enjoyed the motion controls a bit more. When I leaned in my chair, I began to pitch to the side on screen. It was all quite intuitive, and here specific inputs were not needed. I was guiding my character’s descent, not trying to put in a precise series of commands to avoid getting hit by an opponent. 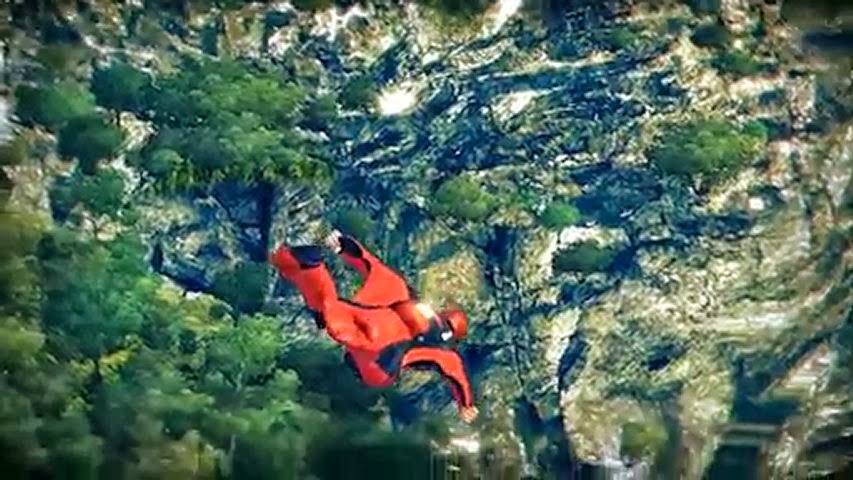 Skydive is simply fun. That is the good part, and really what I think most people should focus on. The visuals work, the control works, but what it came down to was the sense of speed and the fun found in skimming along a mountain’s edge to gain more proximity points for my score. Doing back flips and barrel rolls while trying to follow the path or gain on my opponents in the race was fun. There are a host of different characters you can choose from, that have different attributes like weight, speed and maneuverability (reminding me a bit of the older SSX games).

Unfortunately there is not a ton of variety or content here. Lots of trophies for those who like to hunt them down, but after a couple of hours you have seen just about everything Skydive has to offer. There are different locations and challenges and even modes, but it is essentially the same thing. Those simple to pick up controls do not have a lot of depth to them, so your trick count is a bit limited and leaves you doing the same basic things over and over again. Definitely more fun with friends, as I certainly enjoyed it more when my kids came in and joined me. 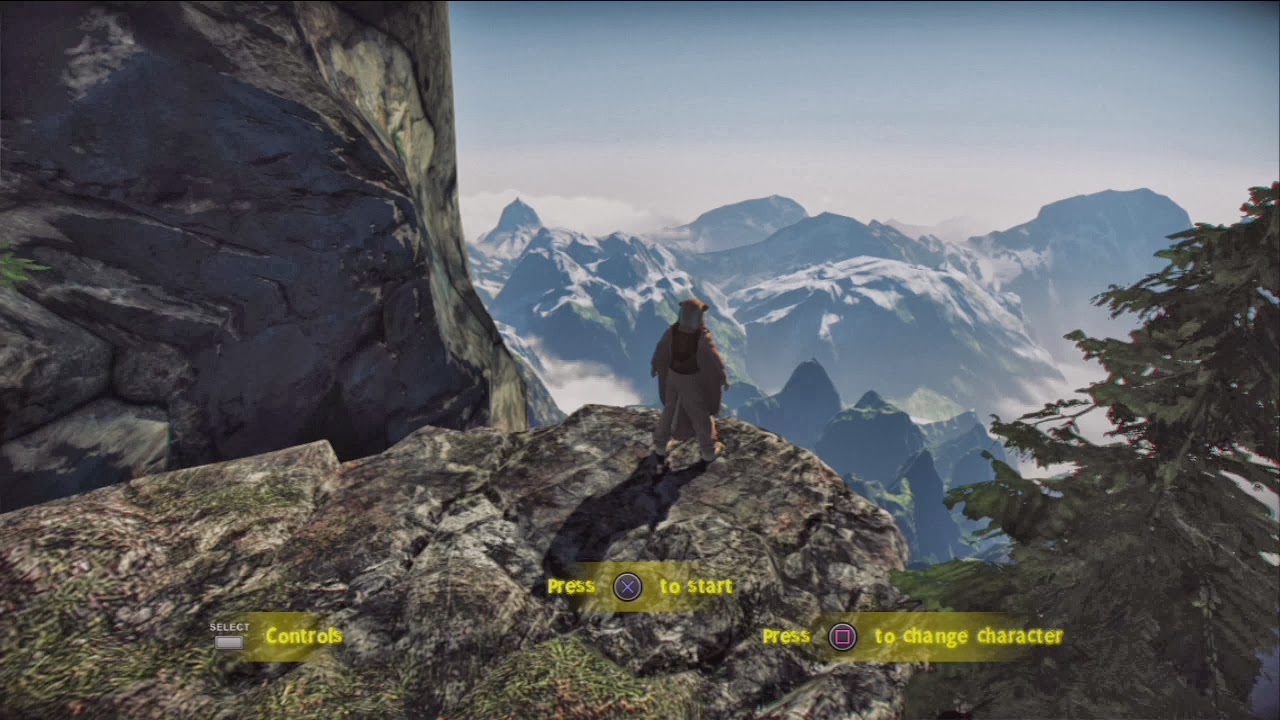 This game provides some quick, short thrills. I would never base jump in real life, so this does provide a fun, safe couch option for the likes of me. Better enjoyed with friends no doubt, just do not go in expecting dozens of hours of playtime here solo.