So… I finally remembered my own Blog’s Anniversary for a change. The last few years, I kept meaning to get a post written up and set to go live and… inevitably each and every year something comes up, I get busy and I forget about it. Well, not this year!

This is going to be a VERY casual post, because it is a bit of reflection, and a big ‘thank you’ to those of you reading this site. Much more conversational in tone, where I use contractions, CAPS and whatever else strikes my fancy at that particular moment in time. Oh look, a smilie 🙂

My first post went live on 11/10/09 – and boy was it basic. Don’t believe me? You can take a peek here. Seriously – you know you want to. Okay – are you back? Yeah… there really wasn’t much to see was there?

Following that up was my first review – Soulcalibur IV on the PS3. Well, it was my first review here. I had written some for other sites in the past, but this was my first attempt at really creating a place to call my own, where I could host my own video game images and video content. Of course, if you went and checked out the review above, you’ll see two glorious white boxes where now-gone videos used to reside. That was before I starting hosting my occasional videos on Youtube. At the time, I thought I would be posting a lot more video game content, but my capture hardware was really weak and the videos I was getting were choppy, low resolution and frankly, best left to others. Maybe this will change depending on the video recording and uploading of content on the PS4 and XB1 in the near future. I wish they had an output to Youtube option, but I am fairly certain it will eventually happen. Boy that would make this sort of thing a lot easier.

They way I lay out my images and the types I try to use now are a bit different as well. I think it looks a bit cleaner, though one thing that has generally stayed the same is my review system. I do shorter reviews on games that I just don’t maybe ‘need’ a longer review, or that I perhaps just don’t feel as strongly about, but I would guess that over 80% of my reviews follow the same formula of graphics, sound & music, gameplay and intangibles that I use to create an average overall score.

When I asked about a year and a half ago what people preferred, this broken down format or the more general one, like when I write for Digitally Downloaded, the response was almost overwhelmingly in favor of this broken down method. I try to explain each point in detail, and while I weigh them out evenly for my final score, I try to at least give my reasons so readers can say for themselves: Yeah, if this game’s graphics are really this broken, it would distract me – or… who cares about the visuals if it is that much fun and so much replay value?

So while that stuck, other things fell off over the years. I tried doing News and Notes posts for quite a time, but I realized that frankly, most people could get that from an IGN, Gamespot or somewhere else. I occasionally tried a few articles with screenshots and preview information, such as The Dark Eye here, but like the News and Notes posts, they did not generate much conversation, which is what I have been more interested in.

There was a brief time when I just about gave up on the whole thing. I was seeing very little traffic (usually single digits a day for the first month) and I did not fully understand the idea of networking and finding like-minded bloggers. Thankfully a couple of guys, including our favorite coffee-consuming gamer here, hit me up and just said a few things that gave me encouragement to keep at it. It was a much-needed reminder that at least a few people were out there and not just reading, but interested in what I had to say.

Things definitely evolved after that. I started to fiddle around with and changing my page layout (white text on black is still my favorite here – and something I’ve considered sticking with again) to working with other sites on content. Perhaps none of those more notable than when Matt asked me to do a few small freelance reviews for Digitally Downloaded, to later being a regular contributor to my new role as US Editor there. My time there has proven incredibly interesting as well, as I have had a chance to work with others instead of my primarily being a solo act here (other than a handful of posts from my kids here and here) and new sides of the gaming industry I had never been exposed to previously.

I have tried to kick out an average of 2-3 posts a week here over the last four years, sometimes going well over the mark, sometimes missing it completely. The thing is, I have never wanted this to become a ‘job’ or ‘chore’. I love playing video games, and I really do love writing. That is in large part what led to me establishing my MUD, Kingdoms of the Lost over thirteen years ago or gobs of fiction writing and yes, blogging and reviewing games. I think if it ever became a burden, I would probably give it up. I have a full time job, on top of being a dad and husband. Thankfully all of this is something I enjoy a great deal.

So some basic numbers when I was looking things over, but at the time of writing this article I had just shy of 250,000 page views all-time, with a daily average around 500 now (a big improvement from 7 or 8 a day, eh?).  I have over 600 articles published. My three most popular articles are: 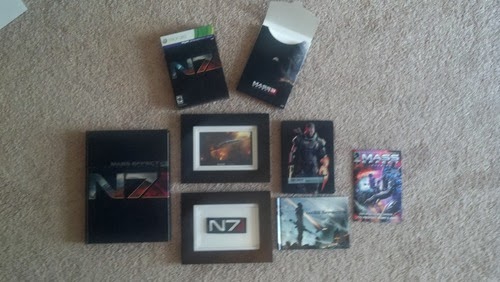 At this point, I don’t know exactly what the future is going to hold for me or this site. A lot of things happen and change over time. I find it hard to believe I have been at this for four years already, and I have thoroughly enjoyed it – thank those of you who come here to read and contribute!

– I was fairly new to the area (a couple of years) I had moved to for my new job in technical support
– my oldest daughter was almost in high school
– I own two really lousy cars and had never in my life had a car loan. One had just junked out on us right before I started this site
– My wife had dreams of maybe going to Disney World again someday (she had gone once in high school a long time before).

– I now manage our technical support department and another small team as well at my job
– my oldest daughter is nearly graduated from high school
– I have a big fat car loan I can actually afford. That’s both awesome and frightening. Like I need more debt
– My wife has made two trips to Disney over the last year, in large part due to her new found online jobs that have us making a bit more money as a whole

I have no idea what will happen in four more years. My youngest will be halfway through high school and my middle child? Graduated. I was recently diagnosed with type-2 diabetes, and as a result I’m eating better and working out and doing things for myself I probably should have been doing for years. If all goes well, I’ll be happier and healthier than ever.

With my investment in the next-gen consoles secured, I plan to be playing some video games over the next four years, you can pretty much count on that. Thank you all for being a part of what I do here, and I do hope that in four more years, I’ll be posting an update just like this one to Chalgyr’s Game Room. 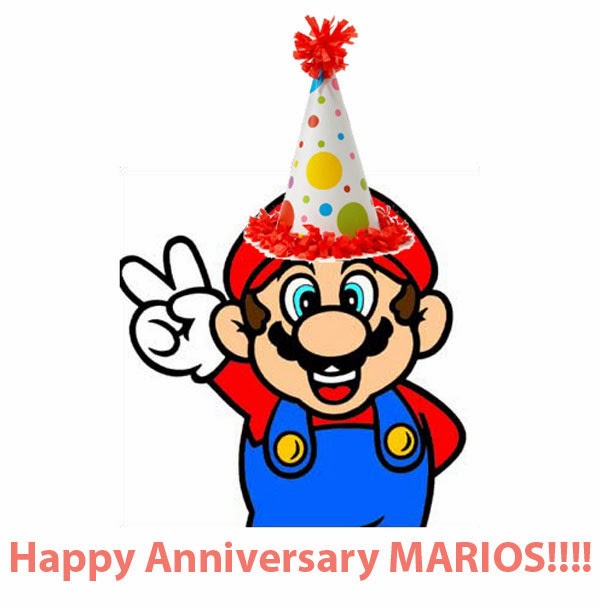