The FPS genre is not my favorite. I enjoy the games, but tend to burn through the campaign modes quickly and burnout on the multiplayer as well. I enjoy them for short periods of time and move on. I believe the first Battlefield game I played was Vietnam, but with DICE’s popular series seeing its latest release a few days ago (sadly I do not have my hands on that one yet), I figured I would talk a bit about its predecessor. 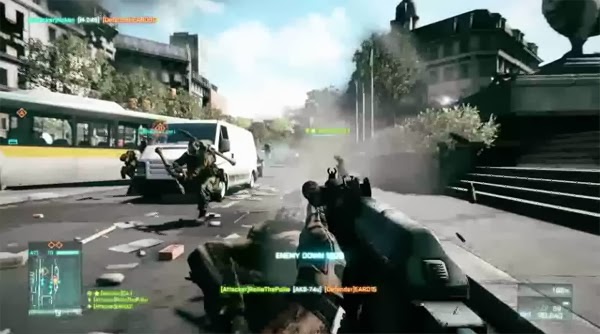 The amount of polish that came with this game is notable, as you work through a storyline told in segments, with a combination of flashback techniques and changing perspectives. Getting through the story mode did not take terribly long – probably about five or six hours was all. The meat of this series is almost always found with the online multiplayer, which has a much grander scale, and more strategic feel than the Call of Duty games. 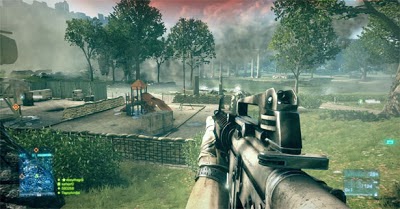 I am sure this looked even better on PC, but that was not the platform I picked it up for. The characters move well and show lots of detail, as does the environment. The engine powering this title is well-recognized for being powerful, and that holds true here as plenty is taking place in the environment, yet I never noticed any significant slowdown. Probably my biggest complaint is that in trying to make the game as visually realistic as possible, there tends to be  lack of color variety, meaning many enemies and items of interest in the environment can get lost in the shuffle. 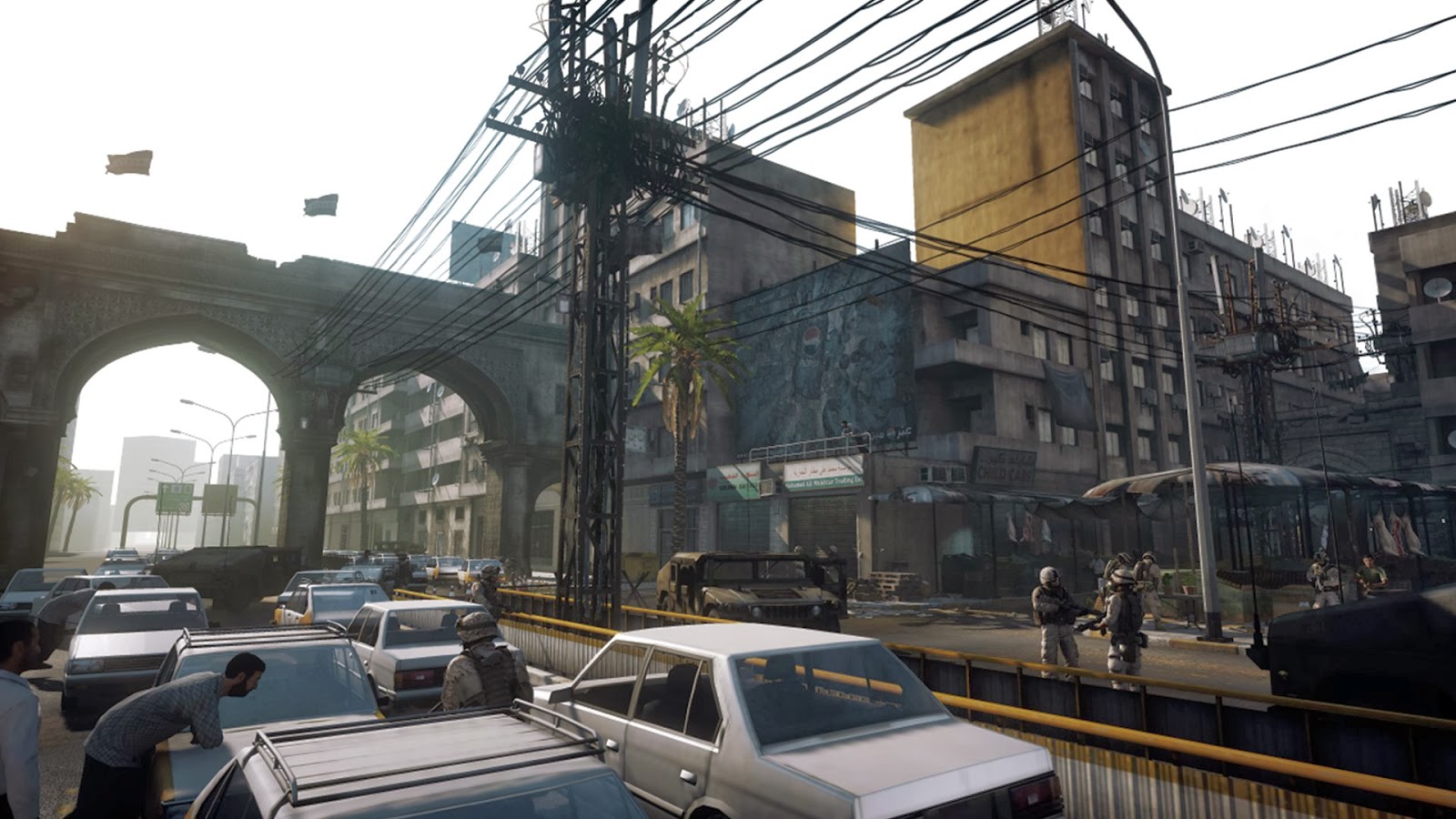 The musical score is excellent. Orchestral sound swell during big scenes, and subtler sounds and ambient music helps to underscore quieter, more emotional scenes. The voice acting is almost always excellent, though some of the characters themselves felt a bit bland. As has become expected for a big AAA title like this, the sound design itself is really excellent, especially when listening to it in surround. Without a doubt the best way to experience the game, because of the level of immersiveness that can be imparted. 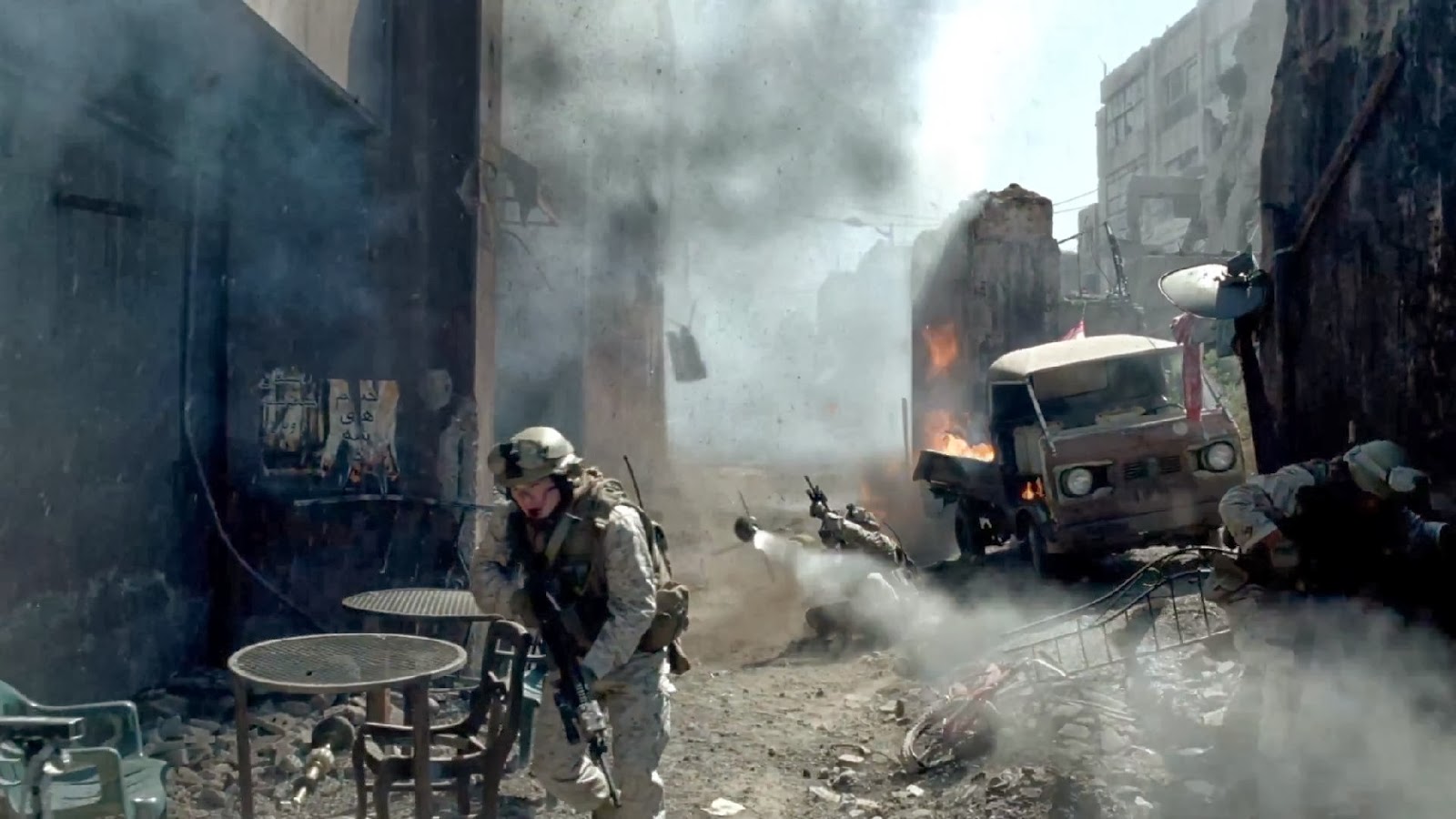 The action is tight, the aiming mechanic work well and the menus are generally easy to navigate. The latter item however, was a bit confusing when I was first trying to find multiplayer matches. I did not immediately know what the different abbreviations for game modes meant, and I found myself jumping around a lot until I found a mode that I enjoyed thoroughly. Once I was there, it was easy to sink some time into the game.

In the campaign mode, objectives are sometimes obscure and the scenes are played out for effect – but they are not necessarily responsive. An early example should help me explain what I mean here. Early on you are trying to take out a sniper across the street in another building. You are supposed to sneak over to the side of your building and fire a rocket over in the sniper’s direction. I could not for the life of me figure out where I was supposed to be aiming, and I took one between the eyes. I was feeling all kinds of impatient after that and ran ahead of my squad mates to find my perch and get my shot off again.

The whole scene was scripted to happen a certain way. They were still hanging back well behind me, encouraging me to stay quiet and get down. While they were crawling over to where I was already at, they were telling me to keep up, basically. Moments like that do hurt the overall immersiveness of the campaign mode, though I suppose some of the blame could land on me for not ‘playing along’. Some of the checkpoints seem very generous while others seem very spaced apart. It would have been nice not to have to replay entire lengthy scenes due to a single mistake, but it certainly could have been worse. 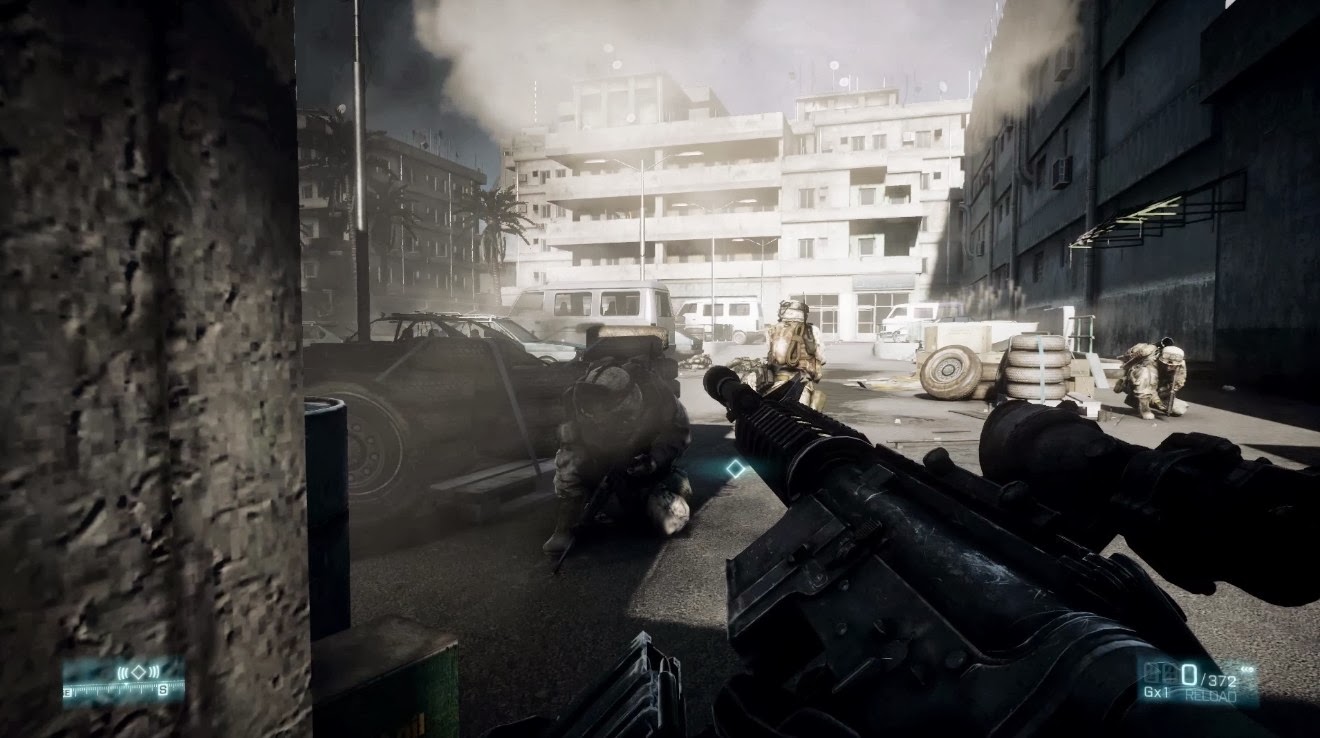 The game is fun, but as usual the big budget, scene-based campaign mode is over way too quickly. The online does provide several modes and some large, interesting maps to play on. The style of play is quite different from Call of Duty, which focuses more on small maps and quick twitch reflexes. I do not particularly favor one over the other, but enjoy both for different reasons. Here the classes and modes – and the destructible environments in particular – do provide some pretty good moments of play. 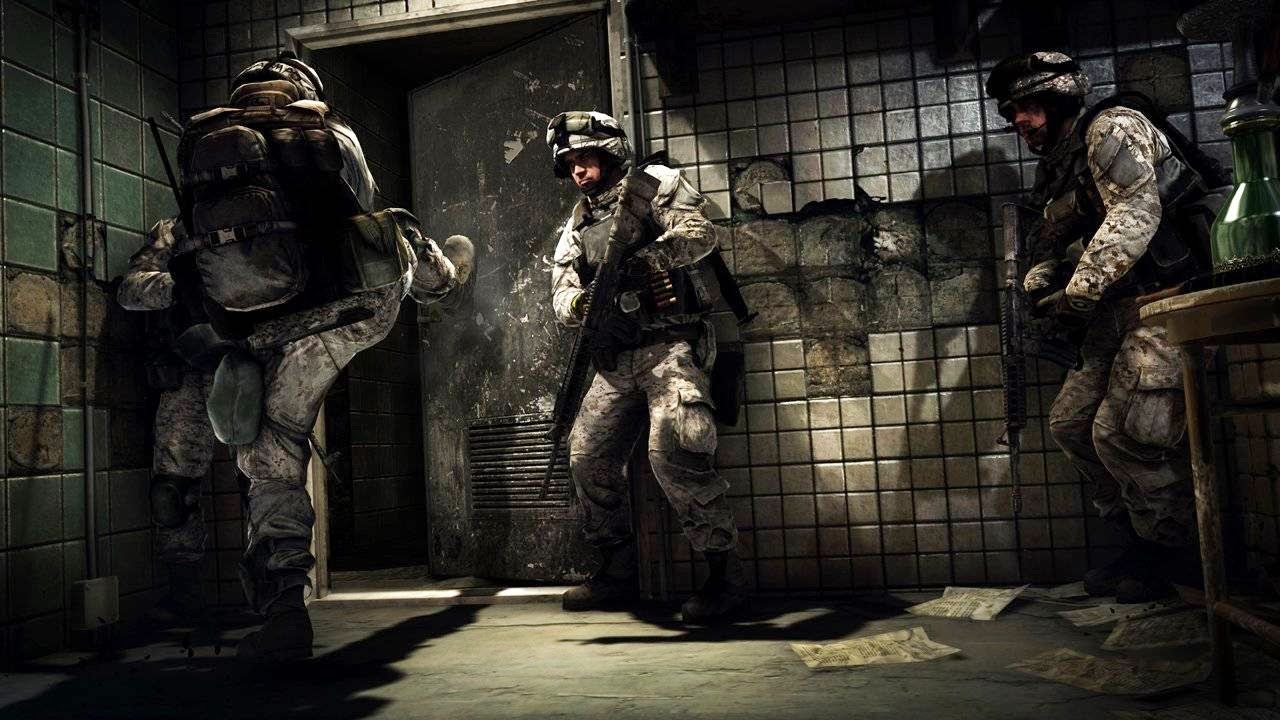 This title can be had for pretty cheap now (free if you happened to nab it on PlayStation Plus a few months ago), and if you like to spend hours of time online shooting other people, it is a good way to do so. My son has certainly logged more time with the game than I have, and he enjoys online FPSs more than I do, but I still found plenty to like about the game. That being said, the production values outweighed the intangibles in my mind, and as usual I did not wind up waiting a very long time to move onto a different game in a different genre. 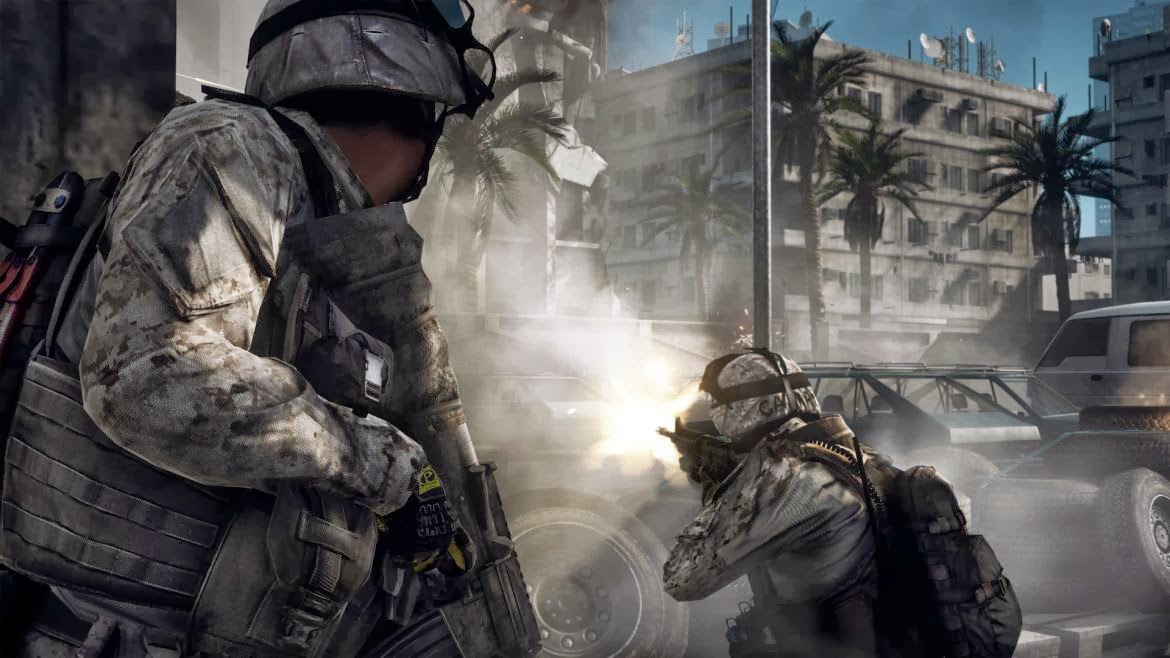