comments Share
You are reading
Beyond: Two Souls – PS3 Review

It seems like I have been playing a handful of pretty unconventional games lately, and among the most notable was Beyond: Two Souls. The hype around this title was pretty significant after Quantic Dream’s last title, Heavy Rain, managed to release to very little fanfare before garnering a lot of critical acclaim. Heavy Rain was an interesting title that took me some time to wrap my head around, but eventually I did play and finish it, giving it a solid score in my review. 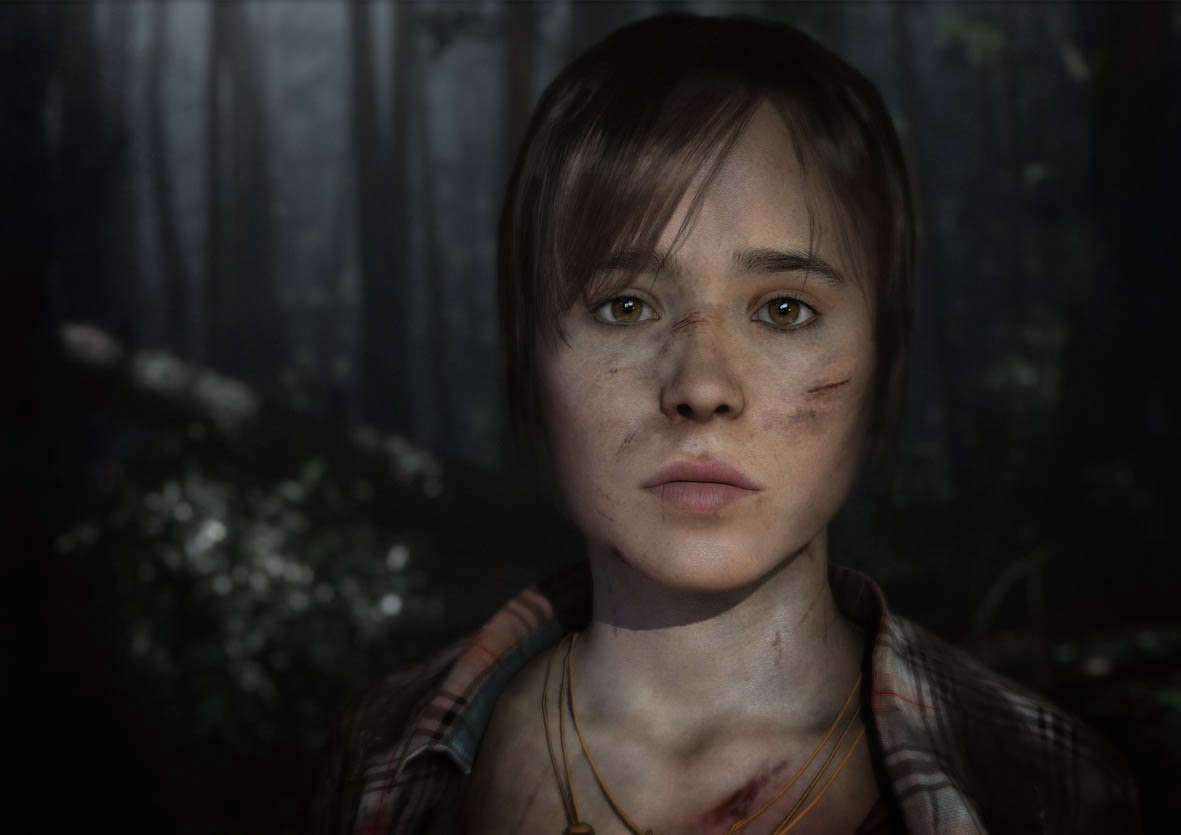 Of course, with hype comes ridiculous expectations as well, and quite often they do not live up to what fans want. Mass Effect 3 is my primary example – it was a great game (despite an ending many people did not like and that later got expanded upon), but the expectations were so enormous that it was doomed to receive a lot of critical feedback as well. Countless other games fall into this category as well, and often times that criticism is deserved, at least on some level.

Beyond: Two Souls is no exception. If you come into this game expecting a twitch action Call of Duty game, you are going to be sorely disappointed. The narrative is not quite as flexible as Heavy Rain’s either, which can be seen as a good or bad thing I suppose depending on perspective. However, the malleable nature of Heavy Rain’s story provided good incentive to play through it several times (it was dubbed an interactive drama by Quantic), despite the relatively short start-to-finish duration. Beyond certainly has moments like this, but the storyline is a good deal more linear.

With a cast that included the likes of Ellen Page and Willem Dafoe, plus the use of cutting edge motion capture technology, it was clear that the intent here was to push the boundaries of storytelling. There were some lofty goals here, and by and large I think Beyond met them, but there are some disappointing hiccups along the way as well. 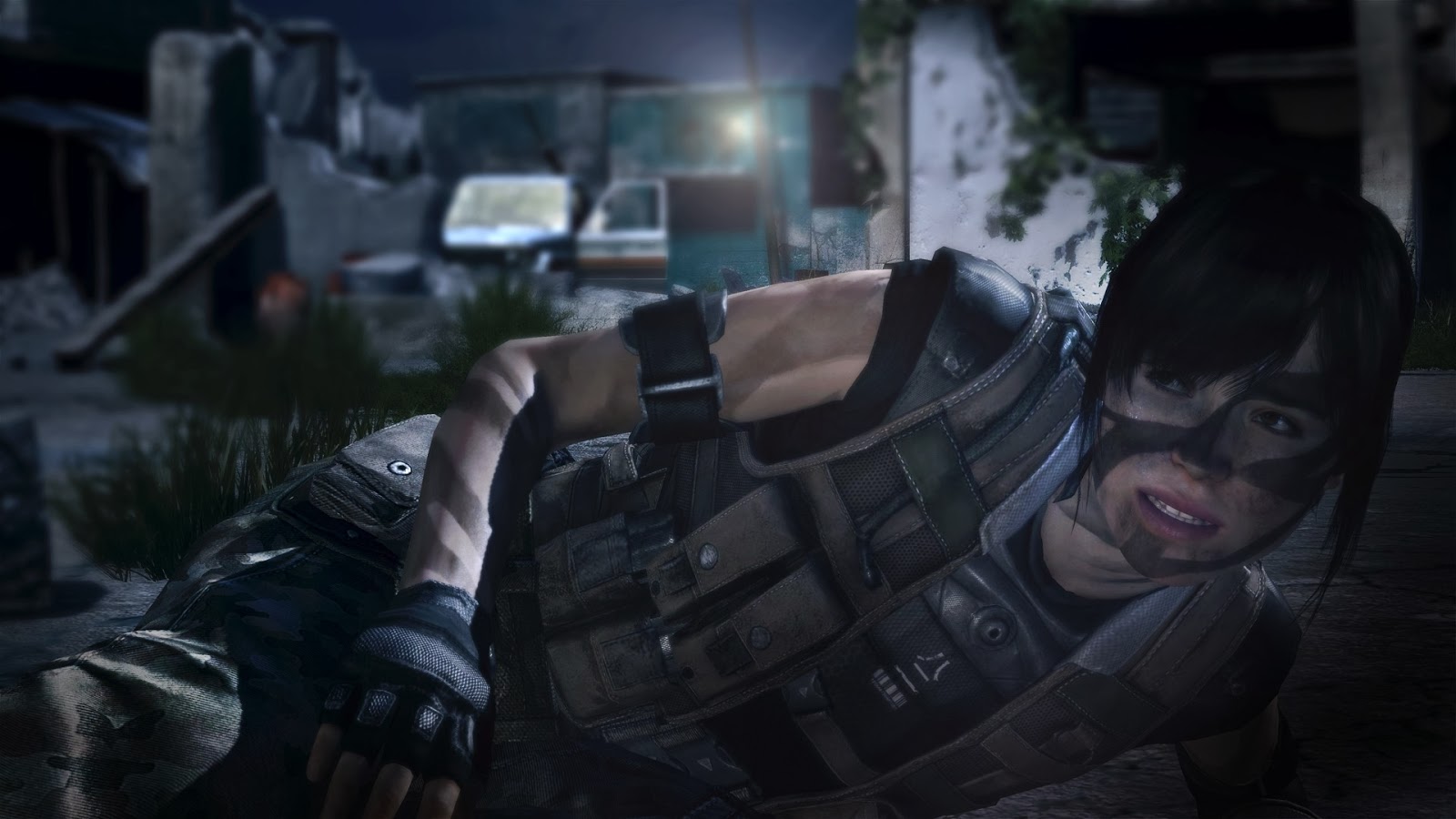 The visuals are pretty amazing. I noted the use of actual actors and motion capture, and the team here did an excellent job of making the main character, Jodie, look just like Ellen Page. Her facial expressions and mannerisms often look incredibly lifelike. Other actors do not get quite as much time focused on them, but their characters look sharp as well. If this was all about the characters, that would be good enough for a high score, but the environments are often very detailed as well, and the interactions with them generally looks sharp and believable also. 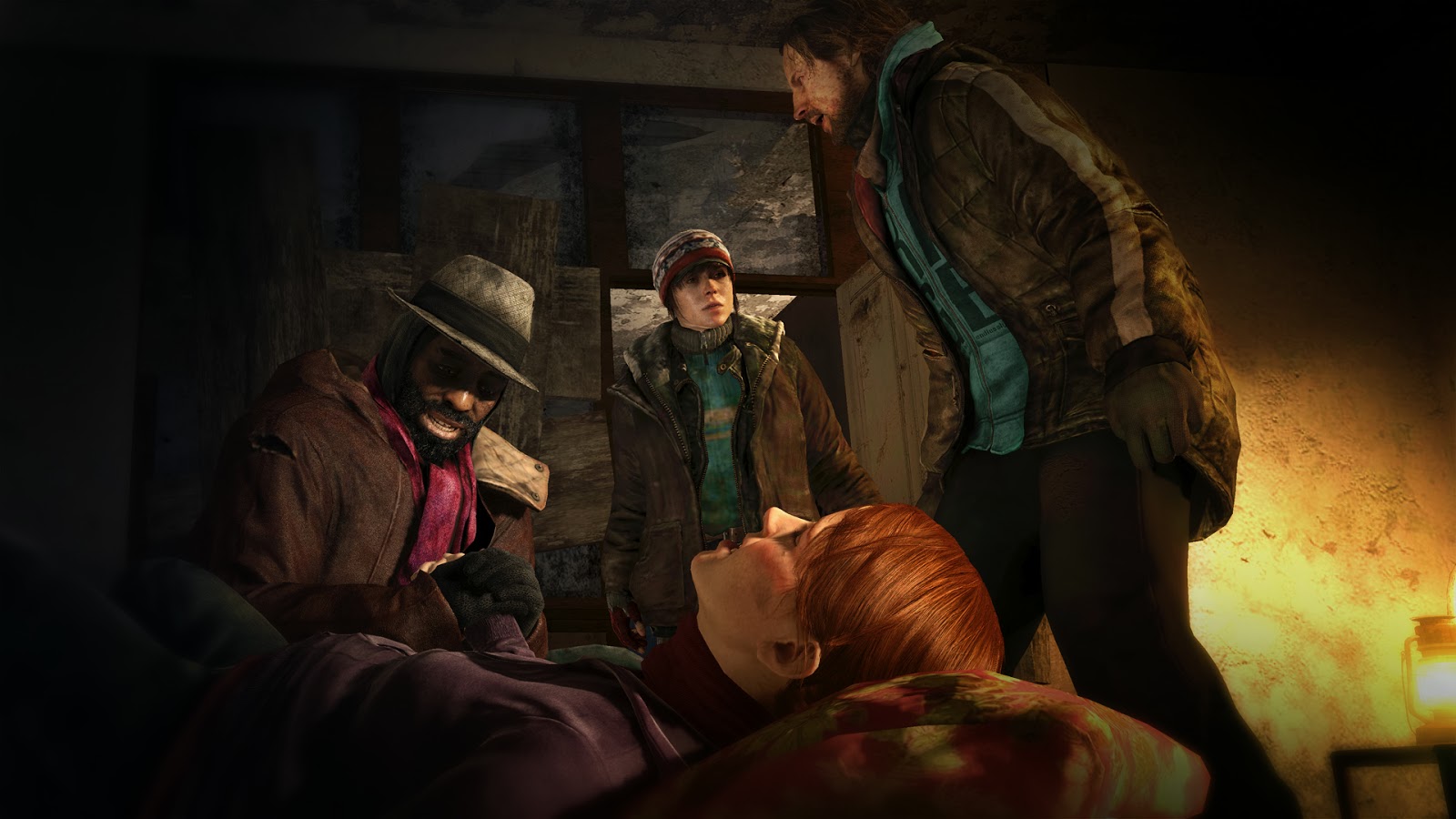 Most of the voice work in Heavy Rain was pretty good, but there is a world of difference between the line delivery found there, and how the cast here in Beyond: Two Souls sounds. The dialogue is much more natural, without some of the stiffness you find in most games with this much dialog. The music score is not generally memorable, but subtly playing in the background and providing a solid ambiance to everything else that is happening. 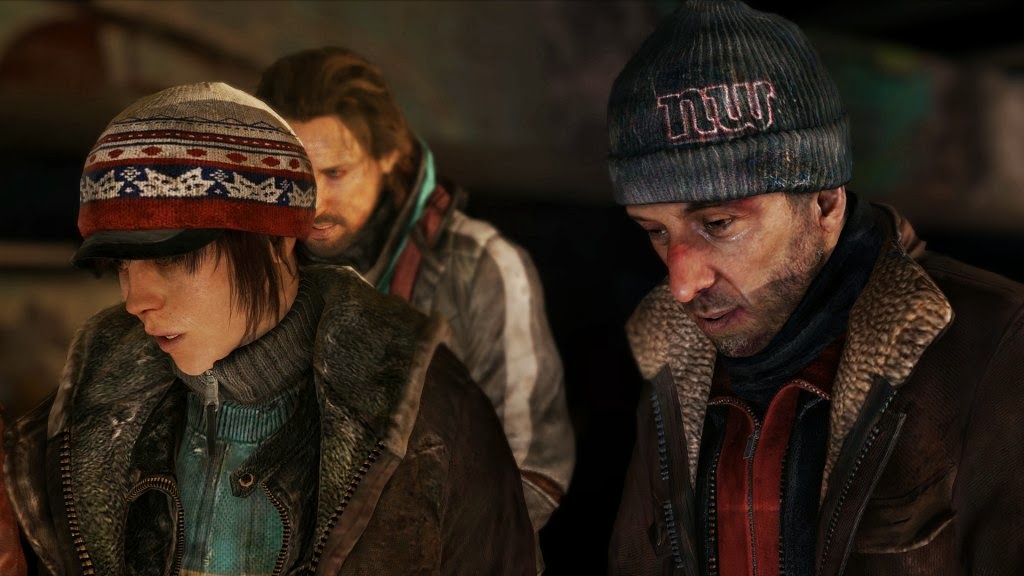 I realize this sounds harsh, but with good reason. The characters control very roughly – again a complaint of mine from Heavy Rain. The new controls certainly are better, but at times movement just feels sluggish at best, and sometimes broken at worst. There were times I walked into a corner or around some furniture and really struggled just to get around the stool in front of me. The camera angles did not help matters much either. Usually you can affect which angle you are viewing, but you never really seem to have complete control over it. I can understand this from a cinematic standpoint, but it is very frustrating to walk past something on a table you need to interact with, and find yourself doing so four or five times because it may have shifted off of the screen slightly.

The majority of the game plays out with either you navigating the character, interacting with the environment with the spirit Aiden, or handling Quick Time Events. I am not really a fan of QTEs and find them to often be distracting. By and large they work here, and I do like some of the tweaks from Heavy Rain and other games, not necessarily telling you what button to push or direction to move the stick, but giving you visual cues. The problem is, oftentimes these cues are subject to interpretation. If I am swinging right at someone, I flick the right stick toward them to pop them in the mouth. However, if they are kicking at my legs and Jodie lifts hers up, am I supposed to push forward and try to parry, or press up to jump, or back to sidestep it? I would guess wrong about half of the time. I understand not wanting to handhold the player the way games like The Wolf Among Us does through these context sensitive moments, but lack of clarity is frustrating and detracts from the experience.

There are some light cover and shoot mechanics implemented here as well. They were never meant to be the next Gears of War game, and that is a good thing because while the system is functional, it feels a bit clunky at times. Thankfully these segments were not terribly common, because they were probably among my least favorite parts of the game. 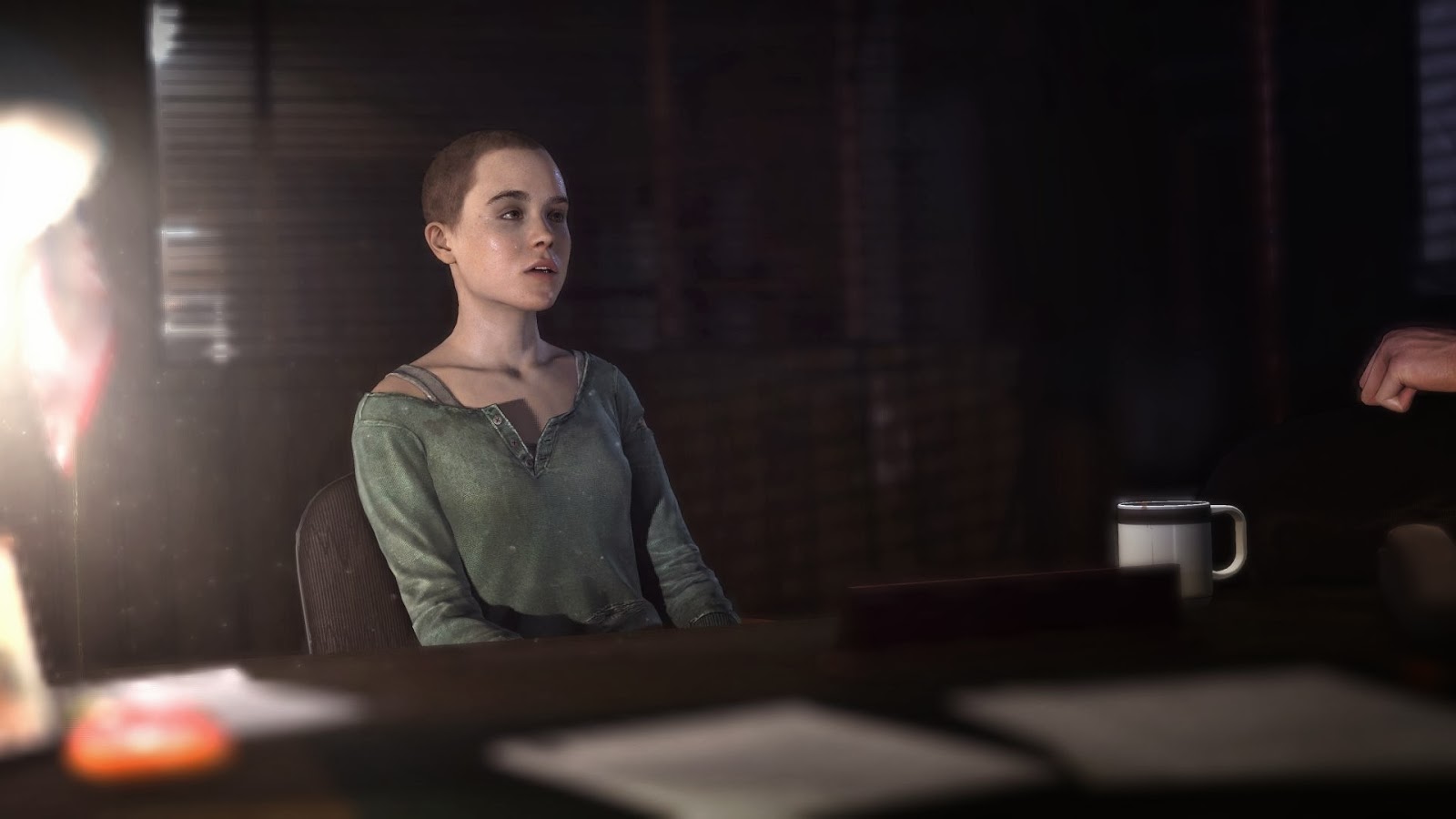 The story is the key element here, and I can appreciate that Quantic was attempting to do something different with it. The story is not told in a linear, chronological fashion. Instead you bounce back and forth around Jodie’s life on a timeline that reveals little bits of the story along the way. It can make for clever storytelling moments to be certain, but it can make plot holes even more glaring than they initially would have been as well.

The characters feel like real people most of the time, which really helps you invest in them and the story as it unfolds. Your actions can definitely dictate what happens a bit later down the road, but not quite to the same degree as Heavy Rain. It feels a bit more like you are along for the ride than really helping to direct the story. Given the resources (both in technology and cast), that is understandable, but may bother some people as well. Still, this direction gave Quantic an opportunity to tell a slightly tighter narrative, making the story more or less become what they wanted at the end. While my actions affect the outcome, I never felt like I was getting told ‘the wrong story’ either. This does create some replay value, but perhaps not as much as Heavy Rain had, though the run time here in Beyond is quite a bit longer too – somewhere in the teens (where as I think I beat Heavy Rain in under 10 hours). 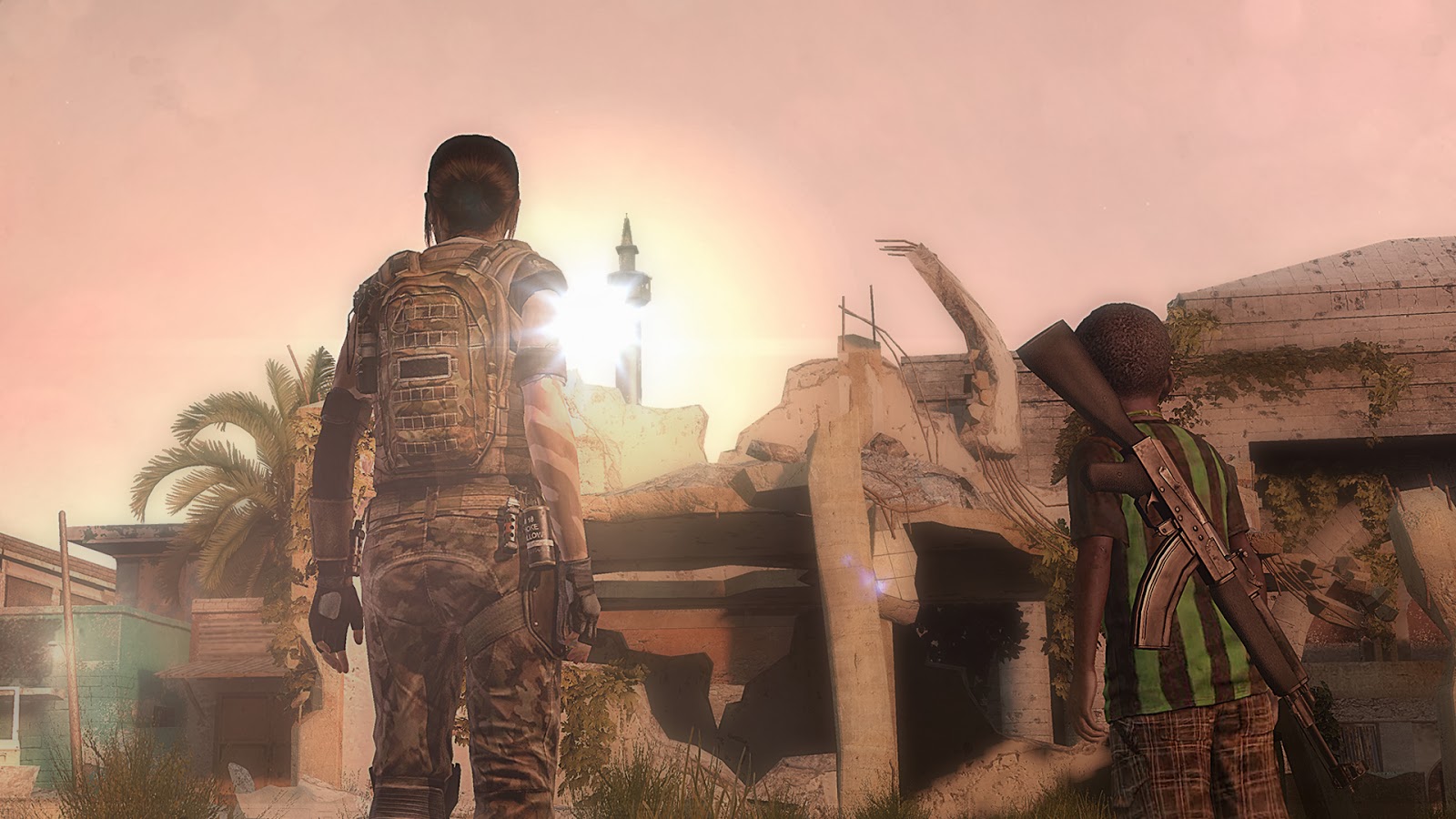 Entertaining, but flawed. Those are the two adjectives that come to mind when I think about Beyond: Two Souls. My son watched me play a large chunk of the game, and his comments were interesting. He told me:

Now he is a much more action-paced gamer, so his statement makes perfect sense, but also could be telling for those who are unsure if they want to play Beyond: Two Souls. I came in with the right expectations and enjoyed my time with it. However, this is not going to be a game for everyone. 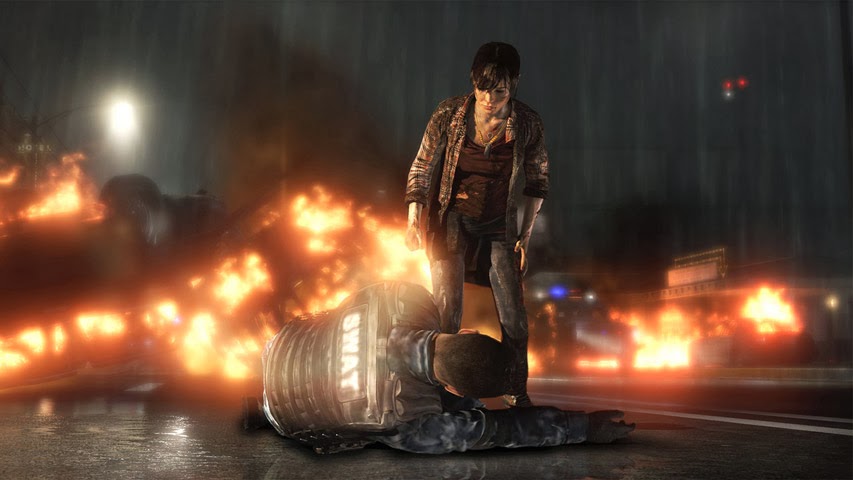