comments Share
You are reading
Instead of a review today, you get to see me in the hospital

The fun thing about a blog gaming site – not every post is completely about games. I had a review all scheduled to go live this morning, but I decided to scrap it for a couple of days after I wound up with a surprise visit to the hospital two nights ago. 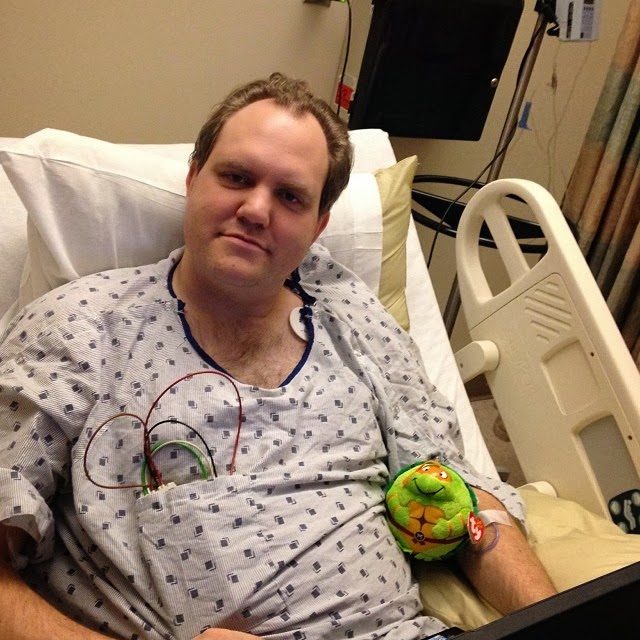 I think the important thing to take from the picture above is the kick-ass little Ninja Turtle my kids got me from the gift shop. Not the goofy-looking dude in the hospital gown.

Anyway, not entirely sure what happened. My sugar levels have been pretty regular, and not high enough or low enough to cause the fainting spell (only a few seconds) and shivering fit I went through (that was more like 45 minutes of uncontrollable weirdness). 3 doctors, a diabetic specialist, a cardiologist and a gaggle of nurses later, and basically I win this week’s game of stump the medical professional.

I feel considering better right now, and plan to be back to work even in a day or two. I will keep posts coming up over here as well. I have had some reviews go up over at Digitally Downloaded, including some more next-gen stuff like the awful, awful Fighter Within. I get the desire to make use of the Kinect, but this is a bad attempt.

I also have a review for Hyper Dimension Victory coming this week – hopefully tomorrow or Friday, for the PS3. Rainbow Moon for the Vita should be shortly after. On the next-gen front, NBA 2K14 should be up over at DD, and Tiny Brains just came out this week and I hope to get that guy up over at DD soon as well.

I have already received a lot of well-wishing from several of you over on my FB page – thank you for that. Despite my mystery around what has happened, I feel like I am just about full tilt again and ready to roll. See you over the next few days on here, and as always thanks for dropping by. 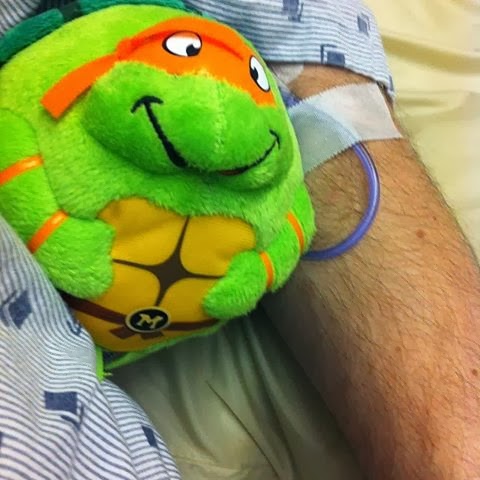