I really did not know what to expect from Resogun. Shoot-em-ups are not one of my favorite gaming genres, but Housemarque has a great track record with the Stardust games. I dropped hours into Super Stardust HD, so I came into Resogun with a fair amount of confidence that I would enjoy it – and my confidence proved founded. 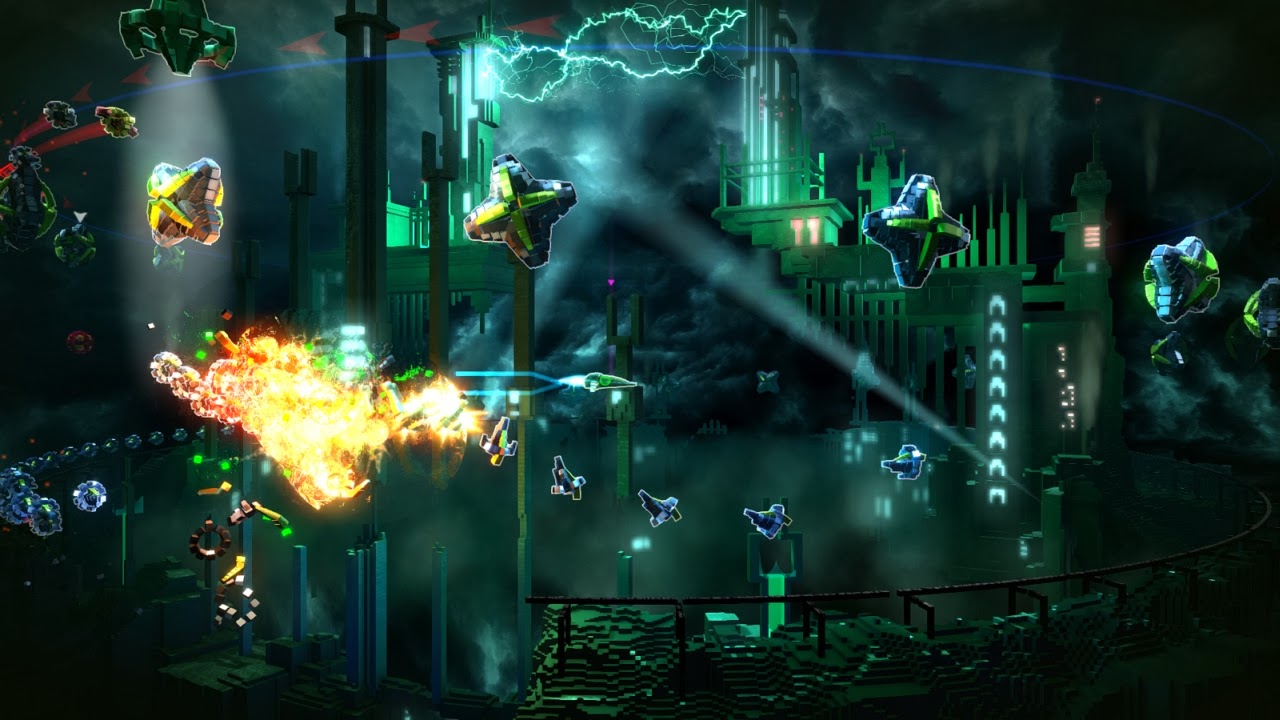 There are certainly similarities to Stardust, as you use the left stick to navigate and the right to shoot, but whereas Stardust was a very 360 degree affair (you could move and shoot in any direction), Resogun is a left to right game. Everything still stays on one screen, and visually the two games have a fair amount in common. You are playing in a ‘space’ that overlays the background, and because you can see some of the other stuff happening in the distance, it creates a really nice feeling of depth. As you fly to the left or the right, the screen moves with you as you wind up occupying that distant space you saw before. 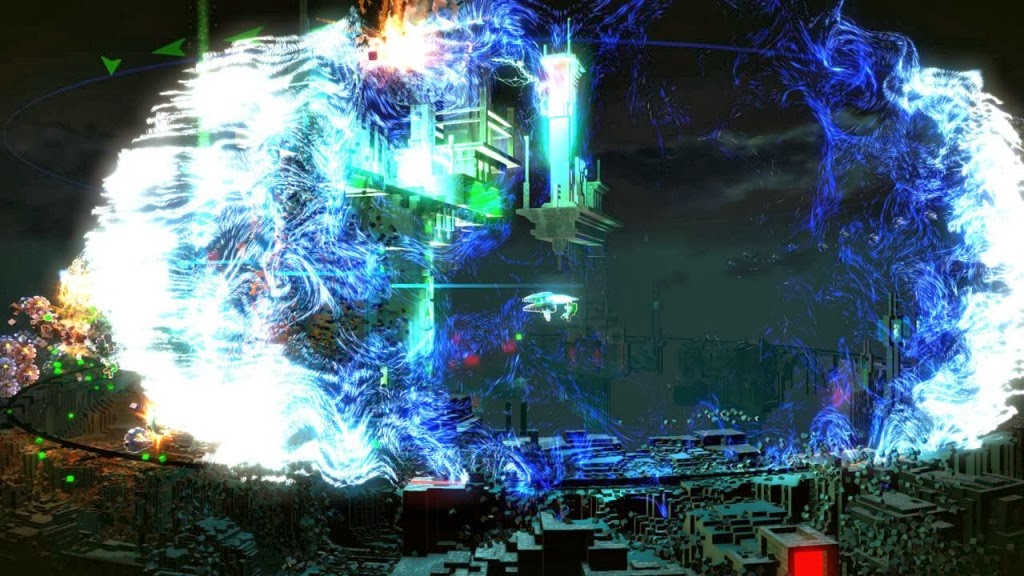 I was concerned that the experience might feel a bit more limited due to the restricted, horizontal focus of the game’s movement, but different things are carefully dropped into Resogun to keep you quite busy. Instead of simply trying to blow up everything on the screen (again, a Stardust staple), here you do still have to ward off many waves of alien attackers, but you have an additional responsibility now too. Each level starts with humans scattered throughout the arena, and aliens will attempt to capture these humans and have them beamed up to ships waiting higher along the top of the combat area.

You can (and should) save these humans by blowing up these abducting ships or scooping them up off of the ground and try to drop them off at friendly bases located on the map. This can award you bombs, points and more as you try to progress through the alien hoards. Thankfully you have more than just your basic laser as well (though it can be powered up over time), with speed boosts, an all-powerful bomb and a laser that seems to bring enemy movement to a grinding halt as it completely annihilates them.

It is all presented in a flashy, detailed, smoothly animated wash of particles and explosions. The music keeps an excellent tempo throughout the game, just pulsating and driving the action. A title like this could wind up with very repetitive sound effects, but the design is actually quite clever, with enough variety interspersed throughout to keep from annoying me. In fact, kudos to the use of the DualShock 4 controller, which has a nice, clearly spoken voice that alerts you when humans are endangered – or worse yet lost. This stands out from the din of music and laser fire and helps you to focus on what is really important in that moment.

PlayStation Plus has always been a good deal, but for early adopters of the PlayStation 4, you get it free. Hard to argue with that, seeing as Resogun is definitely worth buying at its normal price. I will give it an 8 out of 10. 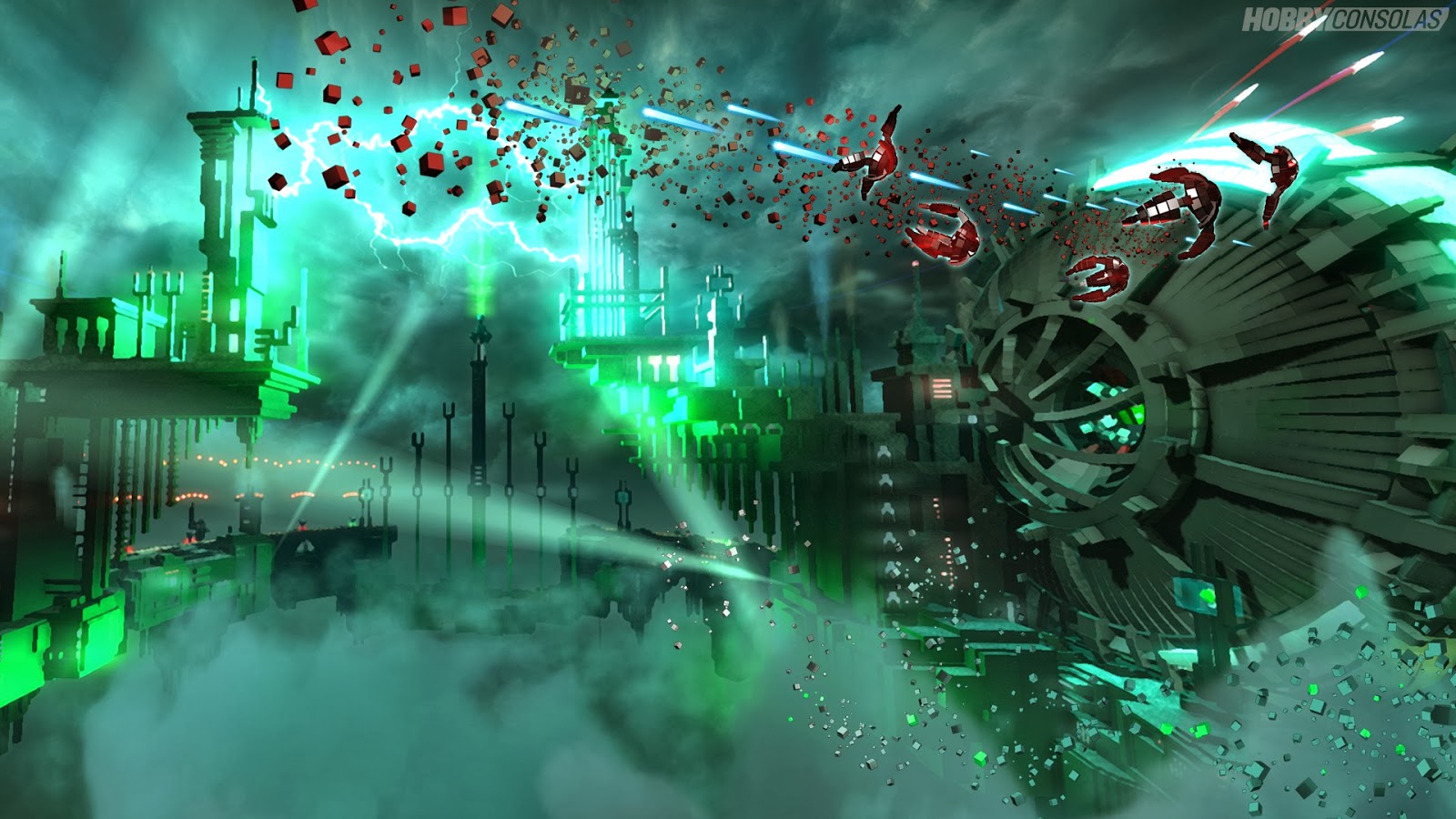