The Monster Hunter series is incredibly popular all over the world. It has a grind heavy formula and online cooperative play broken up into missions that makes it ideal for fantasy fans, online fans and those who like bite sized (and often portable) action. Considering how well Monster Hunter has done on the DS and the PSP in the past, it amazes me that the Vita still had this void in its library for so long. If anything the system with its gorgeous display and two stick configuration seems as though it would prove a natural fit for the series. 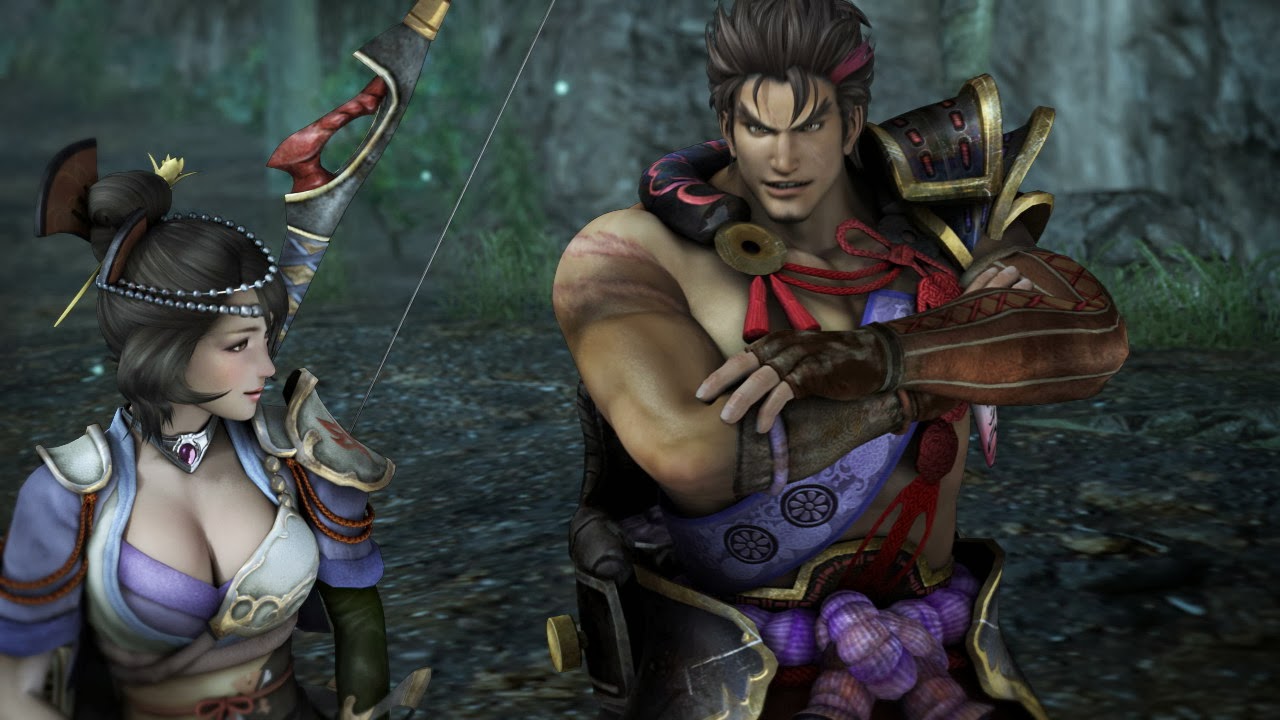 Well Omega Force and Tecmo Koei has put its own spin on the series, making a game that is immediately familiar to fans of Monster Hunter, while doing just enough to make the experience feel fresh. There is a Dynasty Warrior vibe coming from the special moves and visuals that has you fighting demons (called Oni) instead of dinosaurs. Like Monster Hunter, there is a single village hub that serves as your primary home as you venture out into new landscapes to fight increasingly difficult odds. 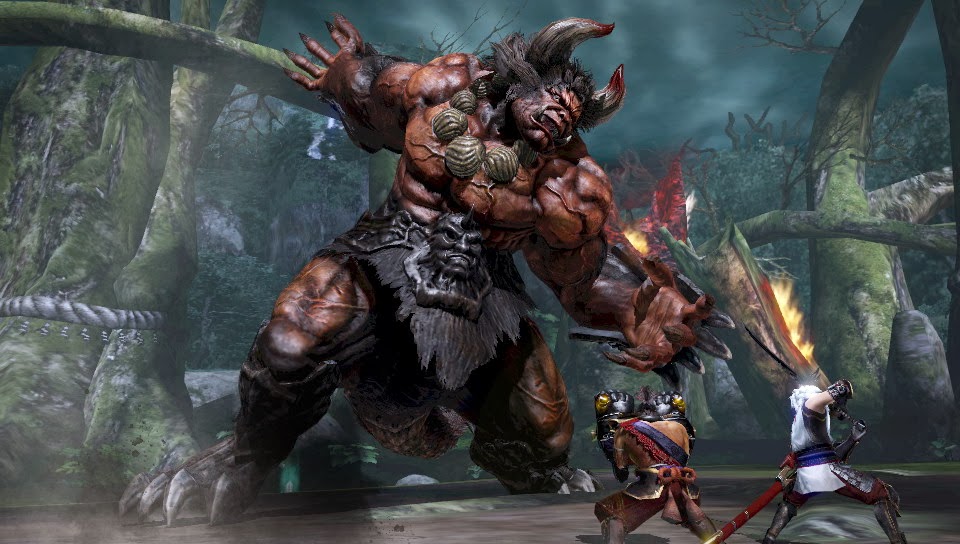 The visual style really appeals to me. Monster Hunter is a pretty enough game, but the fantasy world it paints feels rather generic most of the time. The colors here are darker, and the world itself has a sort of shadowy inkiness to it due to the Oni infestation. Smaller critters animate nicely with plenty of movement on the screen – their own as well as that found in the environment. Larger monsters are often just a variant of the smaller critters, but they are more detailed and certainly more impressive. 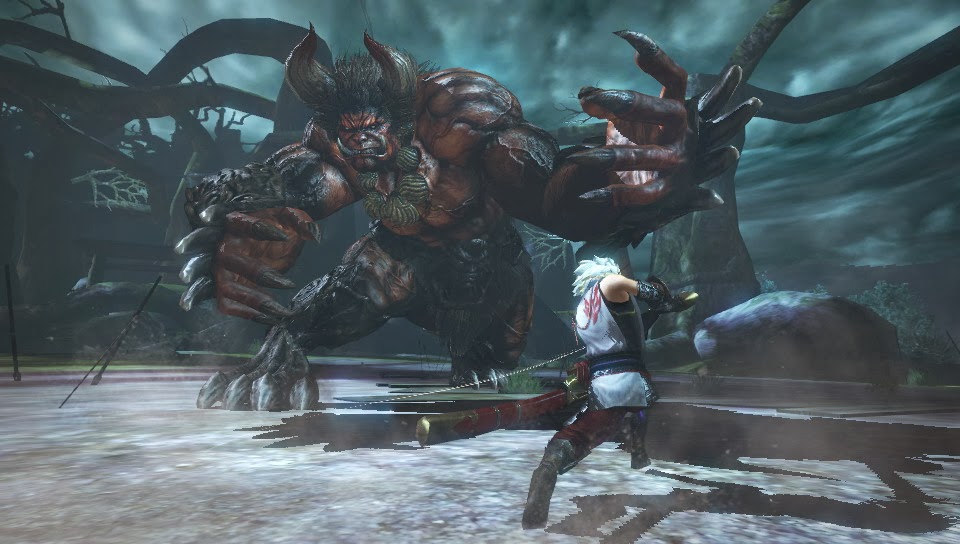 Overall, the sound track is solid and at times even outstanding. There were a handful of songs playing in the background that I could easily listen to on my own outside of the game. Some of the tunes might feel just a little repetitive during longer fights. The sound effects are generally good, with the appropriate hacking, slacking and skill sounds – though the somewhat repetitious nature of the game’s combat system does mean you will be hearing those same effects over and over again. 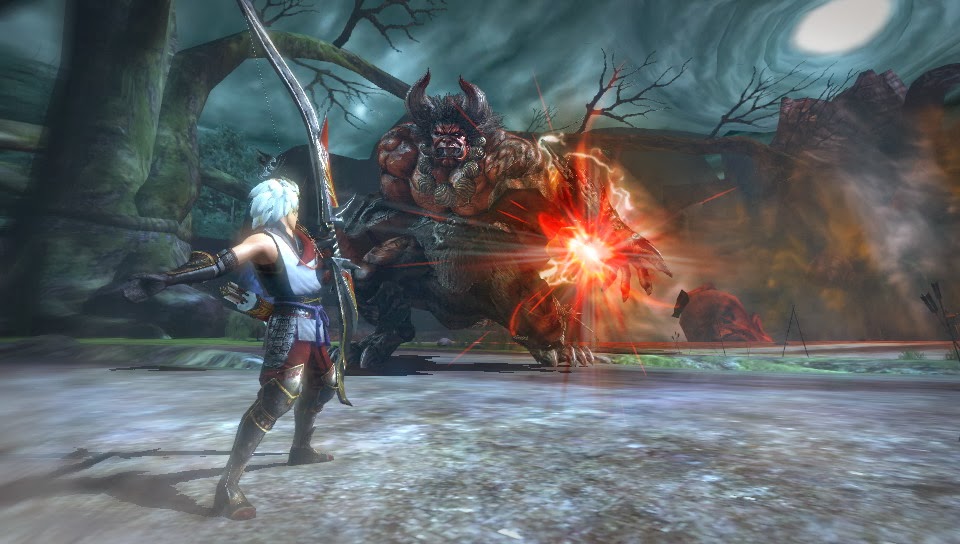 If you are familiar with Monster Hunter, you have a pretty good idea of what to expect here – at least on the surface. You start off in a small village, getting introduced to a few key people before setting out into a segmented wild where you have missions to complete. You can keep yourself busy hunting and gathering along the way, which gives you items you can either sell or use in crafting and upgrading your gear.

There is a lock on feature that you do not see in Monster Hunter, and I love it here. It is a curse and a blessing. Fights against larger creatures are often chaotic affairs, and it can be pretty easy to get turned around. Locking on allows you to stay focused when you swing. Each of the larger Oni has body parts that can be targeted however, adding a nice layer of strategy to the otherwise sometimes grind-happy, repetitive combat. Lopping off a limb weakens the creature (often knocking them to the ground so you can really pile it on) as well as giving you a more unique item you can later use. Lock on makes the fight itself easier, but you do lose some aiming control, which means you might have to drop the locking mechanism if you really want to go for that rear right leg. Twice now I have commented on the potential for repetitive combat, and that is true. There is lots of walking and a couple of basic attacks at your disposal, so you spend a lot of your time doing just two or three things. There are special skills you can use a limited number of times each trip out from your village, and those change depending on the spirit you socket to your weapon. You uncover these lost heroes along the way, and they gain experience and can do things like boost your strength, improve your speed and they give you different sets of special skills. This, along with making and leveling up your gear, gives you a nice sense of progression between missions.

There is a good deal of gear to be crafted and improved upon as well, keeping you searching for items while you are out and about on your missions, since it takes those and money to make these upgrades between missions. I liked that you can set up AI companions as well. Monster Hunter often feels quite tough in that you have to either play online or strike out on your own to complete things. I am often an offline loner, so the option to have decently ‘smart’ AI companions along the way if I do not feel like socializing is a nice plus. However, if you do want to play with others online, that too is an option. 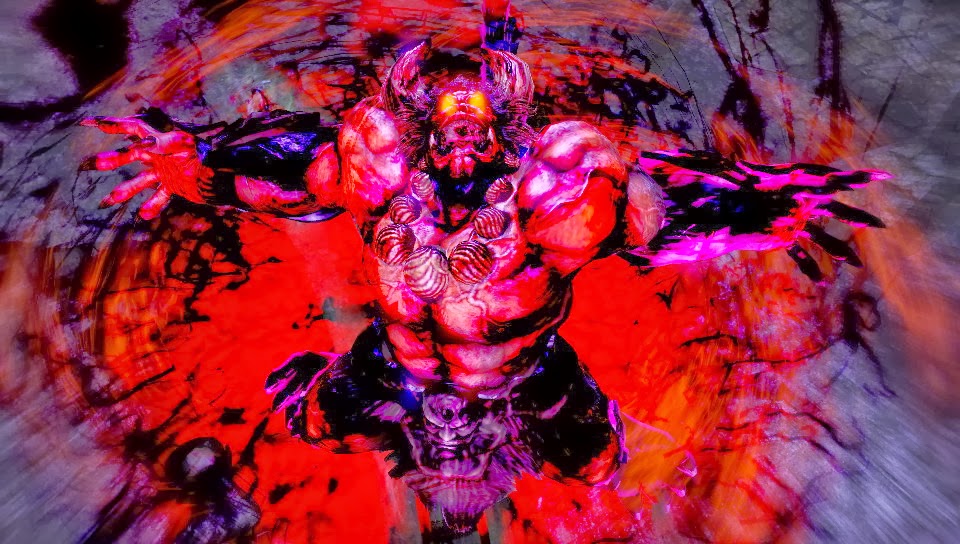 Toukiden filled a voice on the Vita that has been there entirely too long. Though the grinding could prove boring to some, I found enough progression hooks in the gameplay to keep me playing far longer than I should. I had to take a break several times late at night because my hands were slightly cramped – prompting me to look over and realize that at some point more than four hours had passed. The RPG elements are light (like character creation and the equipment/socketed hero upgrades) but effective in keeping me pushing forward for the next one. The story is interesting, as is the overall atmosphere. There is a visual style to hunting the demonic Oni to the often dinosaur-like monsters of Monster Hunter. I rather feel like Toukiden beat Monster Hunter at its own game. 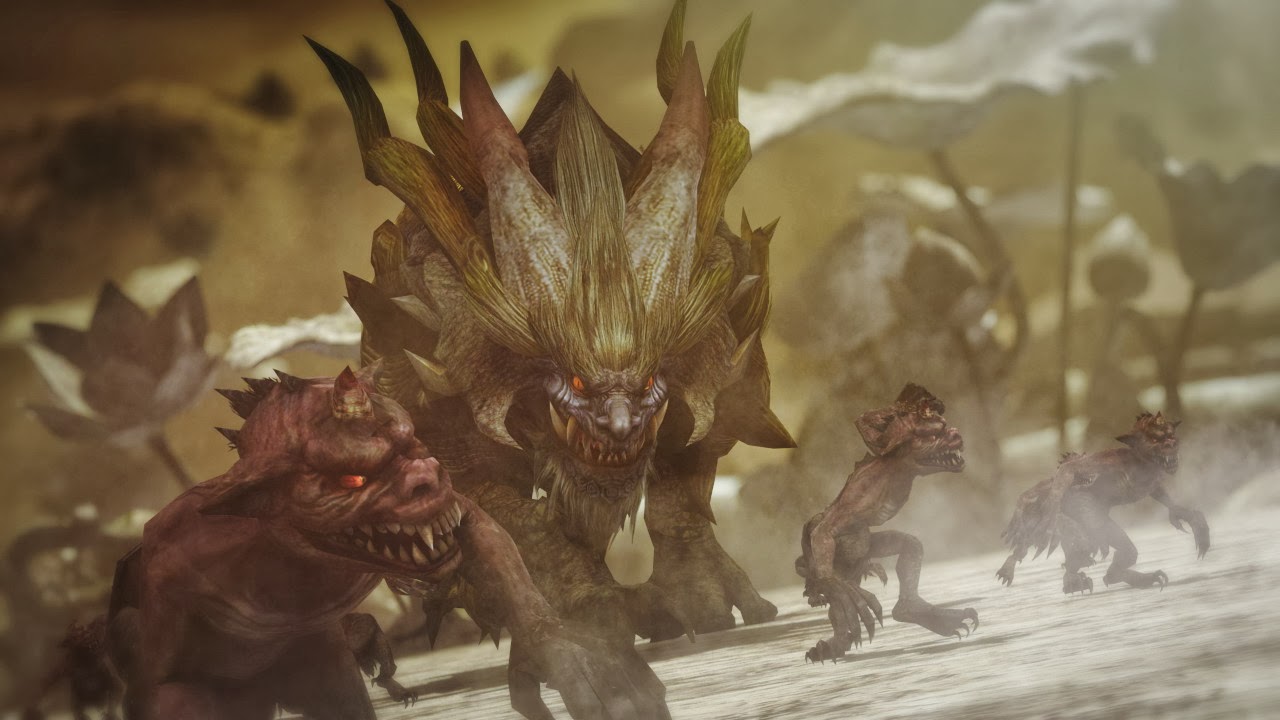