Ethan: Meteor Hunter does a good job of dressing up an often very difficult fifty levels of puzzle and platforming gaming with an amusing mascot who stumbled onto some very unlikely powers. Ethan has gained the power of telekinesis through contact with a fallen meteor. The story does not do much more than set this up while stating that Ethan sometimes has some issues with his neighboring mouse. No, the focus of this game is on the puzzle-solving itself. 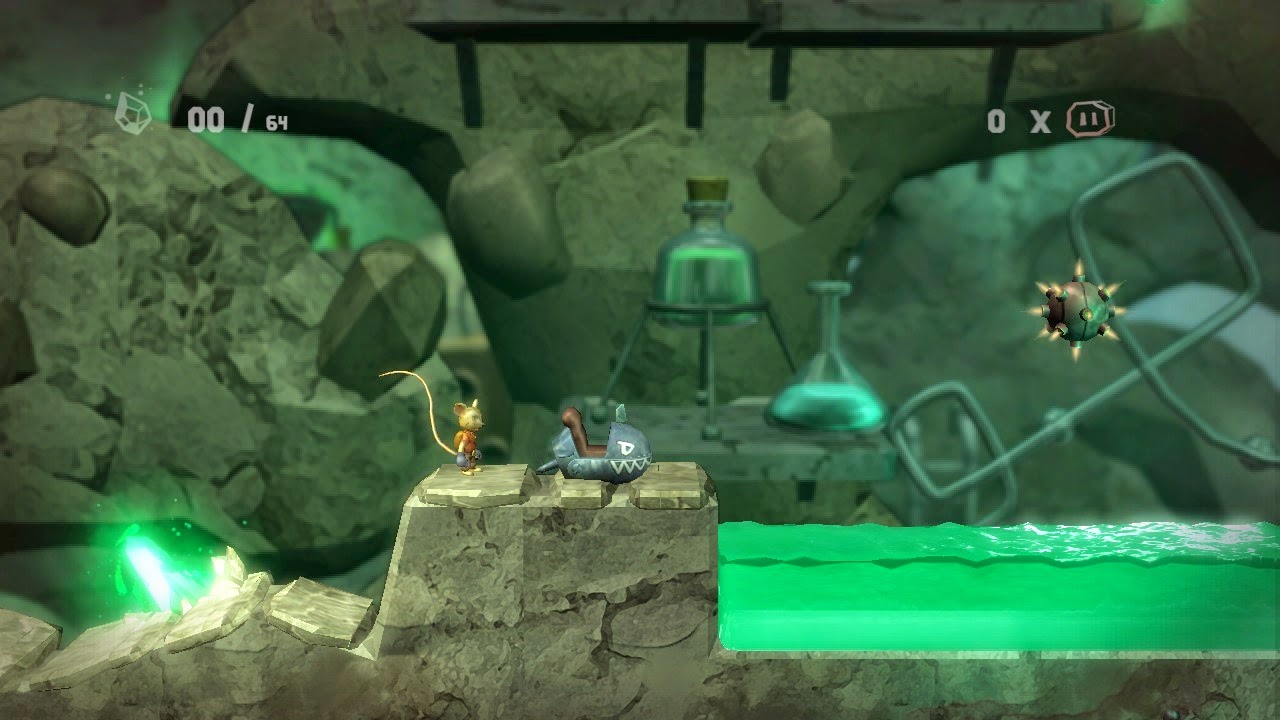 In theory this is all well and good, so long as the puzzles are engaging and a true sense of progression is felt. As you would expect, you learn the basics through a tutorial-like first few levels – but once those are out of the way the game ramps up in difficulty pretty quickly. One of the major changes for the Vita is the implementation of touchscreen controls on both the front and the back of the unit. Essentially Ethan freezes time and moves objects. 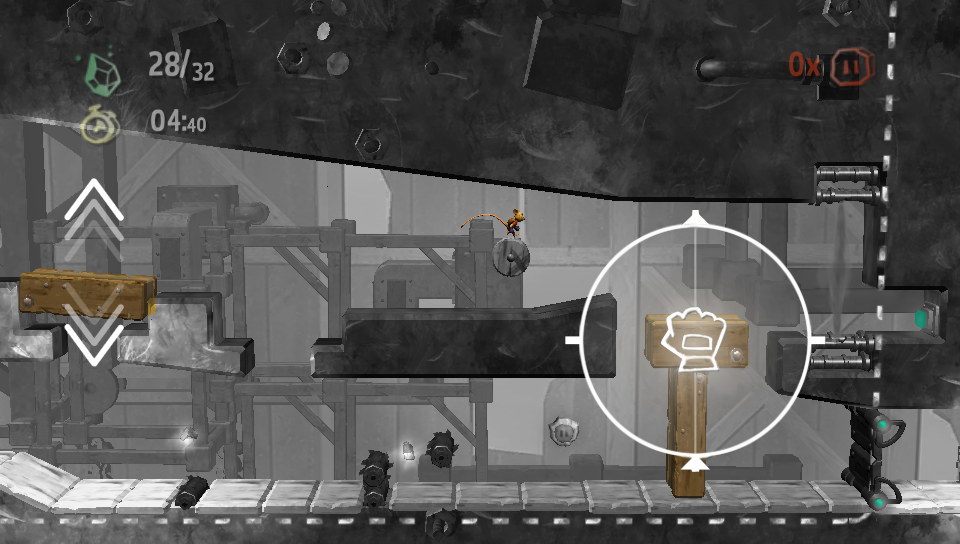 Honestly, these are not my favorite visuals. Some of the areas are good and colorful, while others have a tendency toward dull and drab grays. The main character moves very slowly and does not animate in any way that stands out either. The side scrolling vehicular parts fair a bit better visually. Not so much a case of the graphics being poor, as doing anything in particular to stand out. 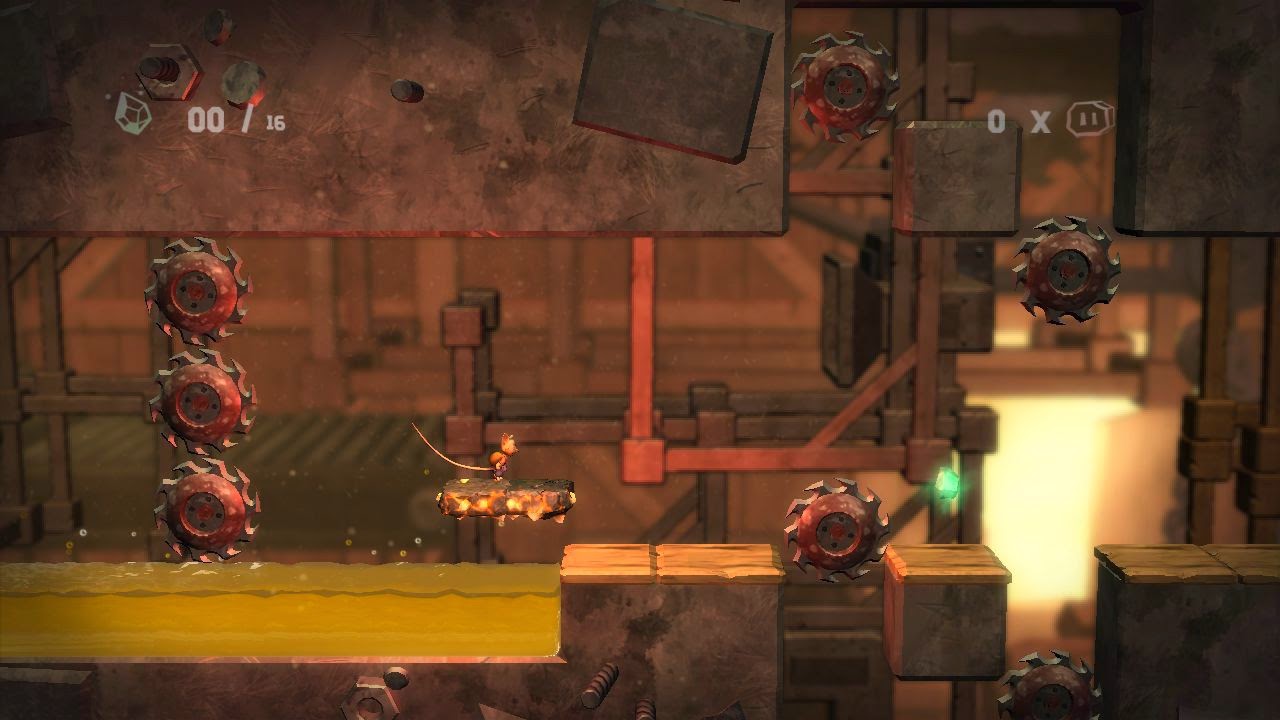 Similar to the above, really. A few catchy tunes populate the game, but more variety would have been nice. The sound effects are often quite minimalistic. They get the job done to portray what is happening on the screen, but they are never interesting enough to actually look forward to hearing them or relying on them to help illustrate what you are doing. The mechanic of freezing time and then manipulating objects is a good one, and the touchscreen feels like a natural extension of the game’s controls. Unfortunately sometimes I found the movements to be a little clumsy as I tried to manipulate objects. While time is frozen, you have to twist and turn but also try to push pieces into a specific area. The concept is sound, but it can be bit clunky in execution. Ethan’s own movements just feel a bit sluggish at times as well. It fits with the pacing of the game, which is generally a slower one as you try to solve puzzles, but also feels slightly at odds with some of the platforming. The more action-oriented sections were actually pretty entertaining, but they were more the exception than the rule. 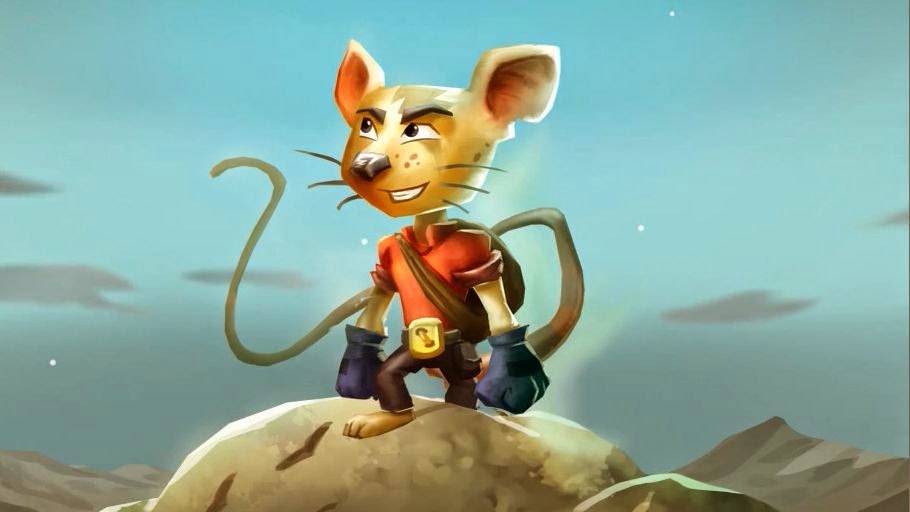 The puzzle design is actually quite clever most of the time. It is a shame that the levels themselves feel so generic. When they click, they definitely give you a feeling of satisfaction. Many of them can be quite hard – even frustrating as they play out. Thankfully checkpoints are frequent enough that you do not feel like you are retrying huge chunks of game each time you fail. It would have been nice to find more narrative here, but the story you get at the beginning makes up the majority of what you are going to see. 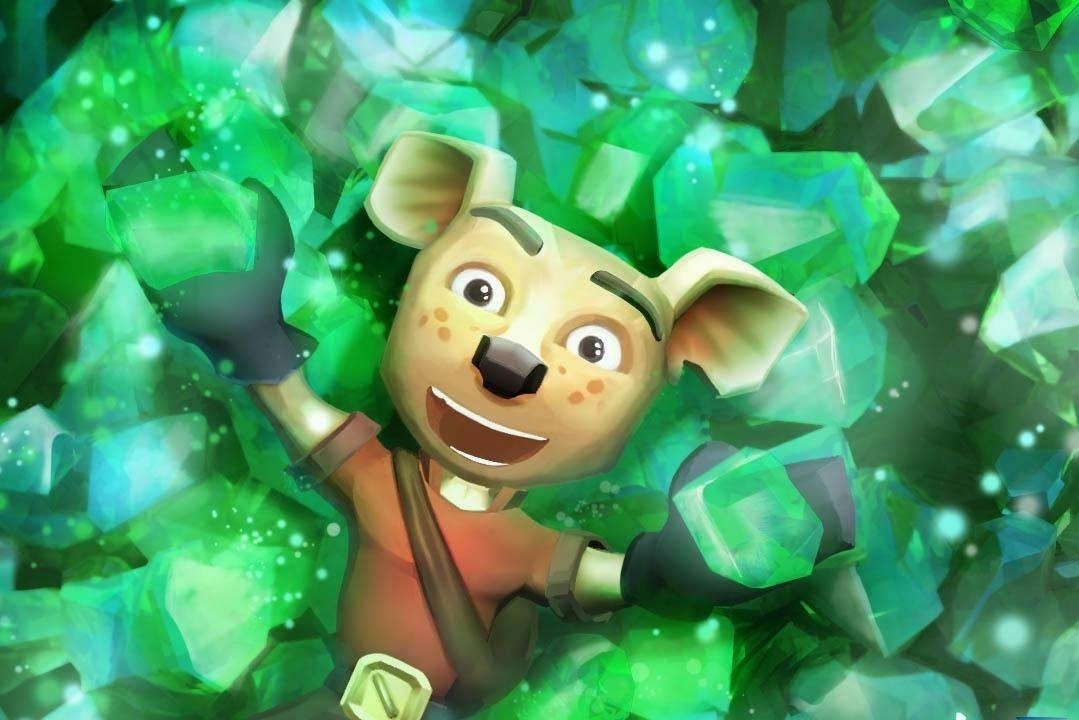 I really wanted to like Ethan: Meteor Hunter more than I did. There were a number of interesting ideas tucked away in here, but behind frustrating controls and a presentation that simply gets the job done without doing anything to help the game stand out from its competitors. If you are a big fan of these types of games, the fifty levels give you plenty of game to play. The levels of difficulty rather reminded me of Rocketbirds, but without the distinctive visuals and with sloppier controls. Ethan: Meteor Hunter is not a bad effort, just a decidedly average result.