comments Share
You are reading
Warlock 2: The Exiled – PC Review

This turn-based game is an interesting strategy title set in a fantastic world where magic and cunning lend a Civilization-like flair to the proceedings. While not a perfect game, the blend of strategy and options create an interesting final result that is well worth playing if you are a fan of city management and military strategy. 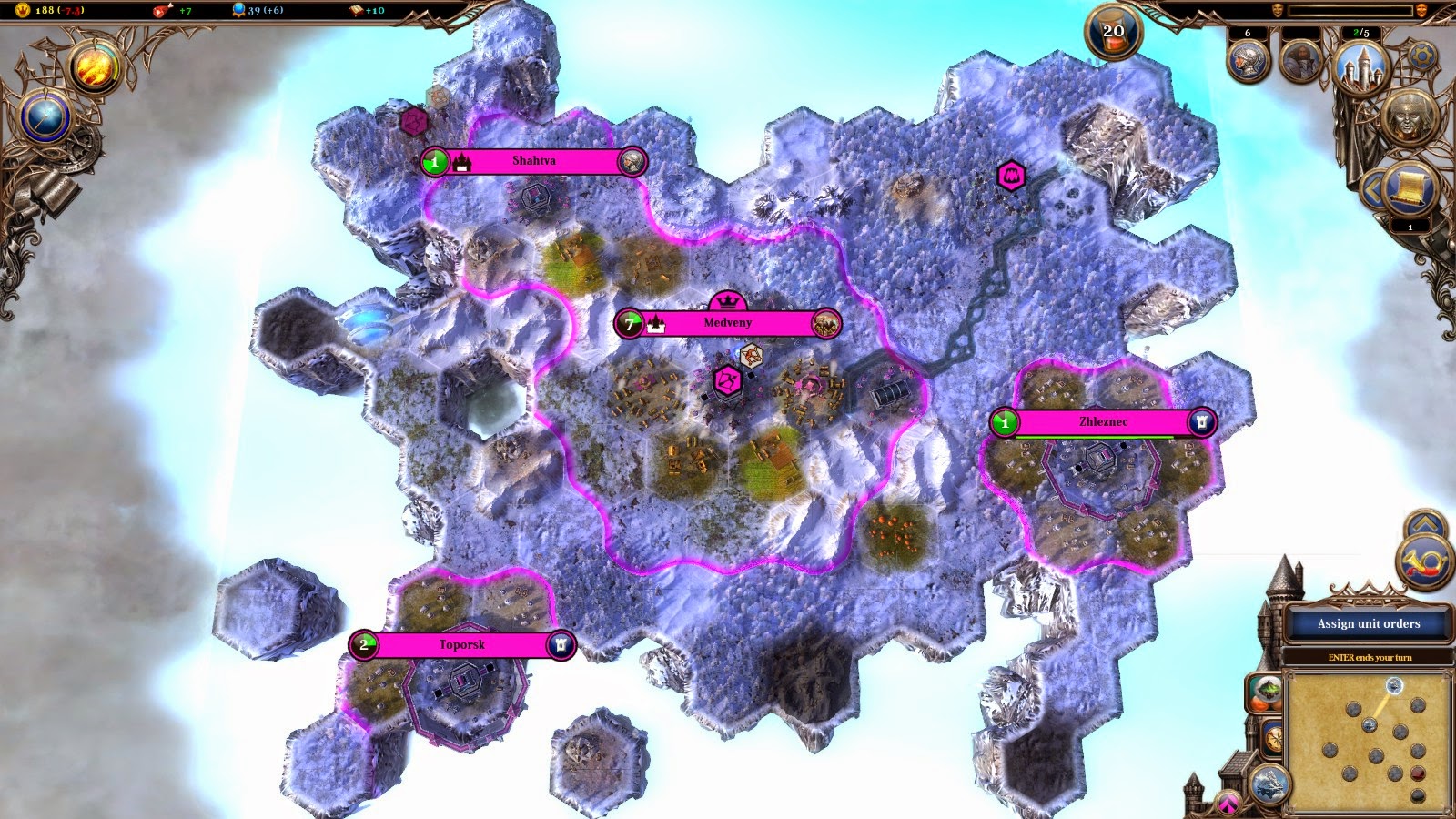 Paradox Interactive has a well-earned reputation in the genre of strategy titles, and Warlock 2: The Exiled continues this tradition. There were a few balance issues at times as the AI made some questionable decisions along the way, but the end result was an entertaining adventure to Ardania to seek revenge against those who banished you.

Different campaigns and worlds combine with the need to build armies and hire heroes as you go to war against your enemies. This is one primary departure from the Civilization titles it is often compared to, as military might is the focus here. You will not out-science your enemies and win a peaceful resolution, and I am alright with that. The combat is fun, with the randomly generated maps and wide variety of powers wielded by for and against me creating lots of unexpected surprises along the way. 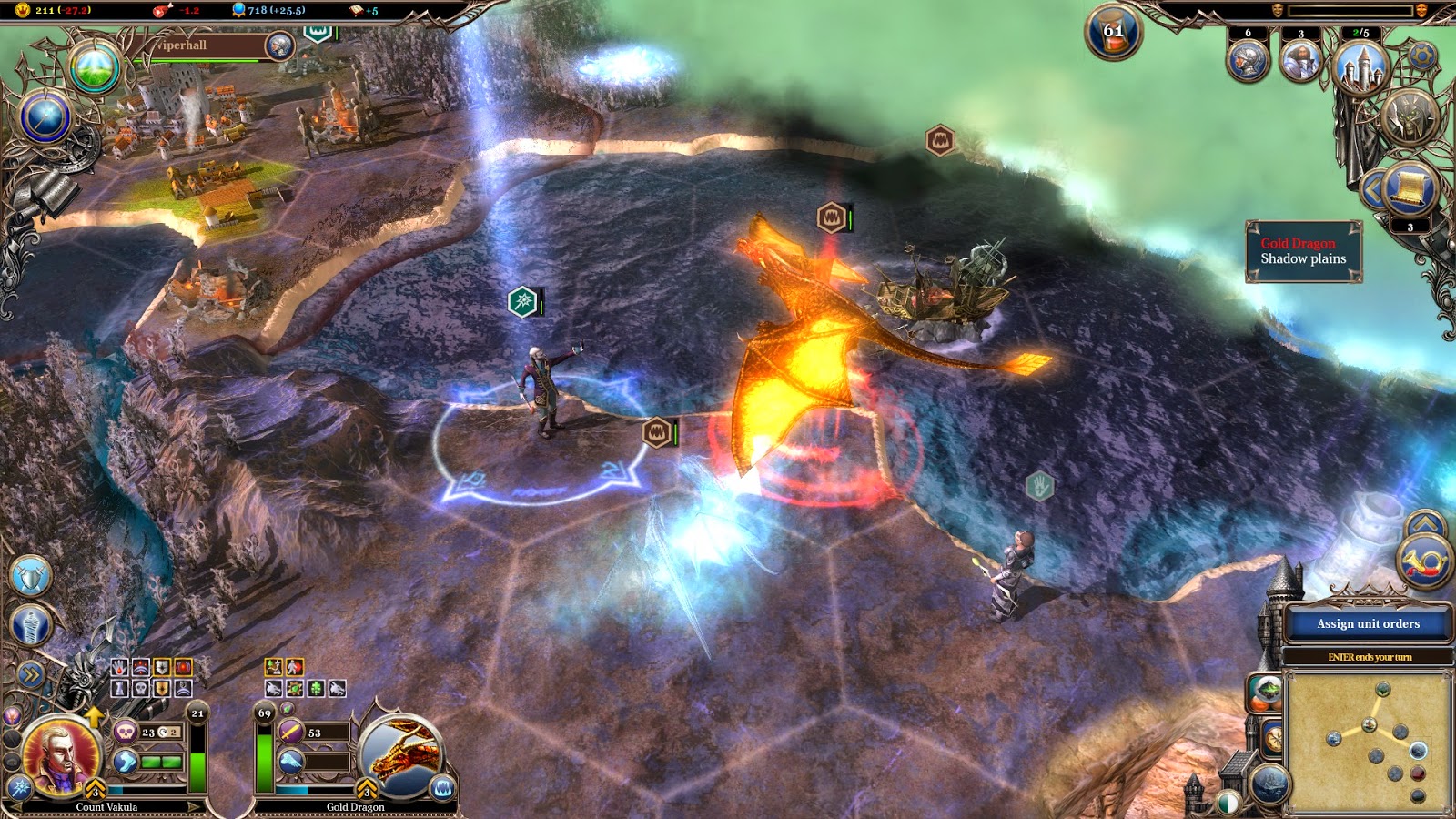 Very pretty. That is what initially comes to mind. A lot of 4x titles can look a little clunky around the edges, conforming to the map and movement squares rather than a natural or appealing-looking landscape. Warlock 2 actually does an excellent job of both. Units are easily identified, the landscapes are varied and detailed and overall movements were crisp. The menu systems are a bit cluttered at times, taking away from the otherwise appealing visuals, but they do not get in the way of the impressive spell effects and terrains. 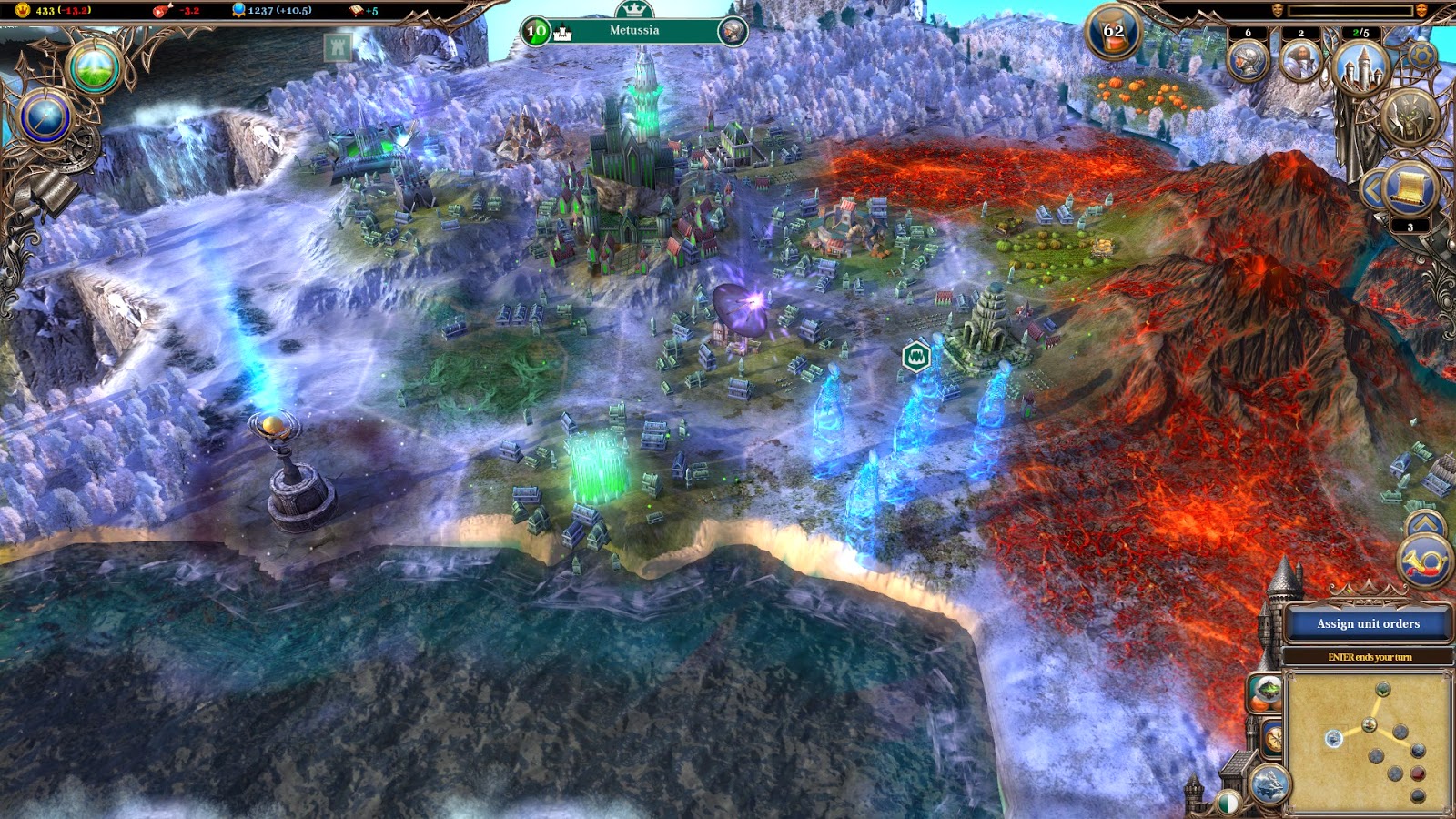 Maybe just not my cup of tea, but the music was only adequate most of the time. What is worse is you hear the same things over and over again. Games like this tend to promote long sessions of gameplay, and without more variety in the music, you can find yourself hearing the same tunes repeatedly. Thankfully the soundtrack was not necessarily bad either. The music fit what was taking place in the game and there were a couple of tunes I would consider listening to outside of playing the game itself.

The sound effects get the job done, providing some context for the interactions taking place on the screen. They are at their best during combat when there is more going on and more variety can be heard. 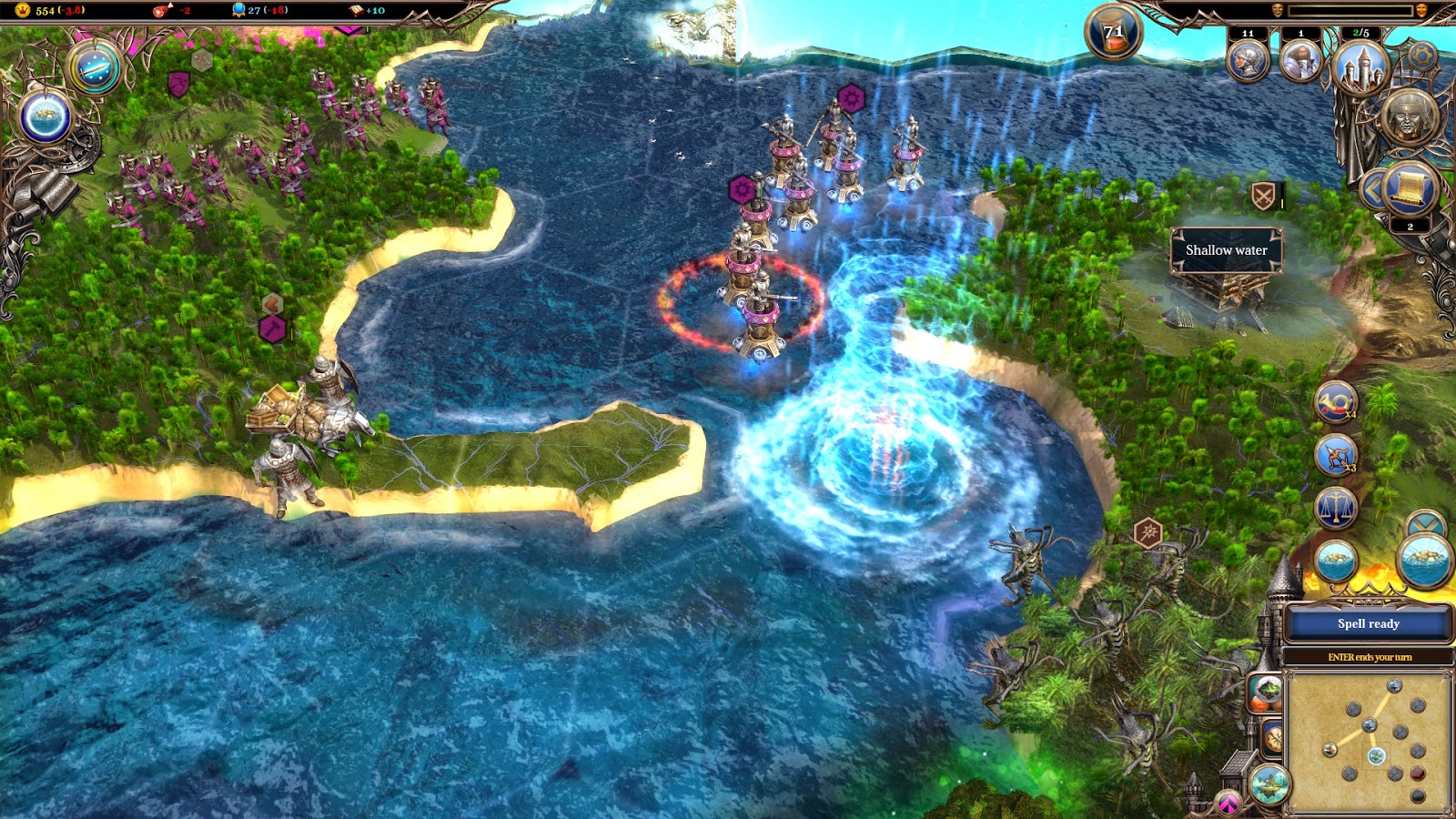 This could tie into the somewhat cluttered menus, but sometimes navigation is just more of a chore than it should be. The content of combat is exactly what you would expect from a game set up on a hex-shaped battlefield using turn-based strategy. You have to pay considerable attention to how your units are matching up, your terrain and what tricks (spells most of the time) you have up your sleeve. There are enough modes to keep any strategy fan happy, including both multiplayer and single player ones.

Multiplayer could be rough, and touches on some of the balance concerns I mentioned at the beginning.Location really does feel like everything. I love the hostile, fantastic world Paradox Interact has created here, but you can find yourself struggling to get off to a good start while a human opponent seems to have fallen into the lap of luxury right off of the bat. This is seldom a deal-killer, but if you are both evenly matched, that slow start up process could be hard to overcome.

Magic is suitably impressive and deserves special mention here. Visually it is one of the high points of the game, but its impact on your armies cannot be overstated. Sometimes magic will aid your troops and other times it will be used to direct damage right at your opponent’s armies. Because of its importance to success, building reserves of mana and balancing your city food and output necessitates careful budgeting. 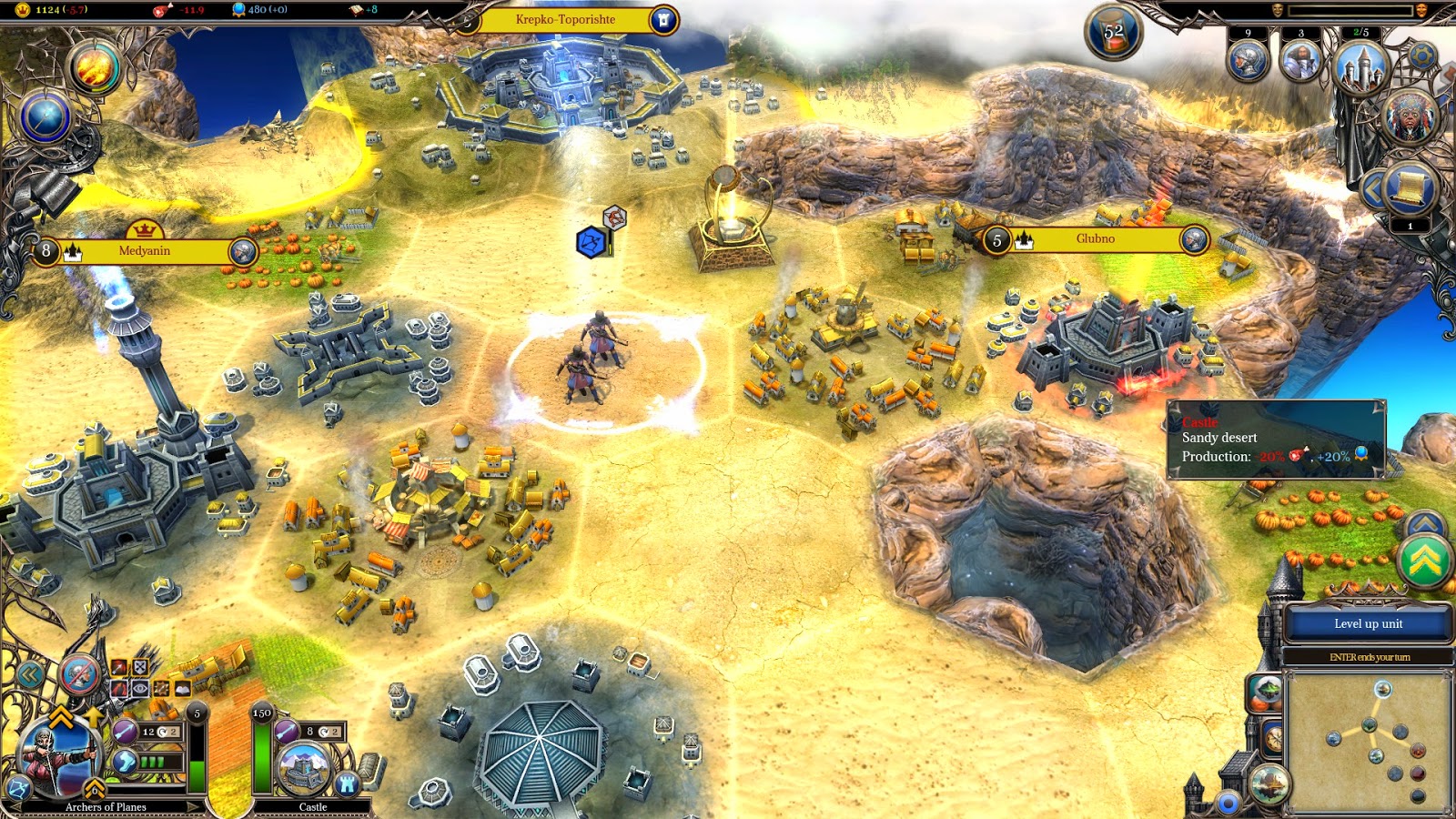 I am a sucker for turn-based strategy. With that out of the way, Warlock 2: The Exiled has plenty to offer. The different game modes are all pretty solid, though the story campaigns were easily my favorite. The variety of troops and spells is impressive, and the different Great Mages you can select (or customize) at the beginning really do feel quite different from one another as the maps play out. Undead warriors are weaker but more easily replaceable than their sturdier Human counterparts.

With battles easily spanning more than one hundred turns in some instances, there is a lot of strategy here to sink your teeth into. Randomly generated maps, tons of creatures and variety in both race and mage also helps to keep replay value very high. 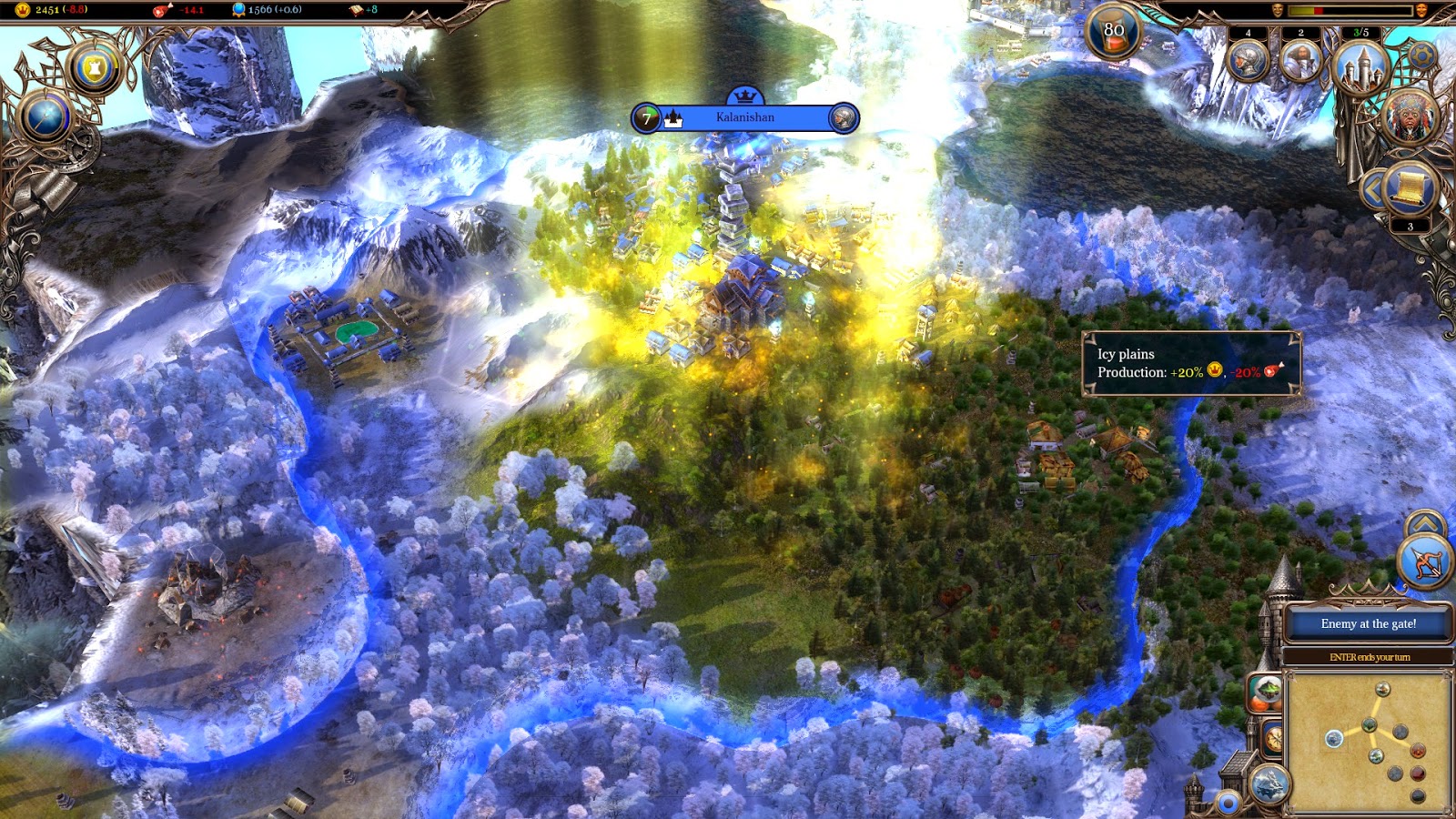 If you are looking for high action where you can check your mind at the door, Warlock 2: The Exiled is not for you. More approachable than a lot of 4x titles, some might feel that Warlock should be more complex, but I found the balance of combat and building to be quite good. Plenty of hooks from random heroes and ancient artifacts to terrain that always keeps you on your toes helps to make for fresh experiences even on the same map. Fans of 4x strategy will find a lot to like here. Fans of swords and sorcery themes as well will find themselves unable to put the game down for any length of time.