I have not seen many ‘find the hidden object’ games of late, though touch interface certainly seems like a natural destination for titles such as Fishdom H2O: Hidden Odyssey. You take on the role of Jennifer, a marine biologist who is attempting to win an award for the best aquarium. She dives into the sea to find all sorts of hidden items amidst a somewhat cluttered environment. 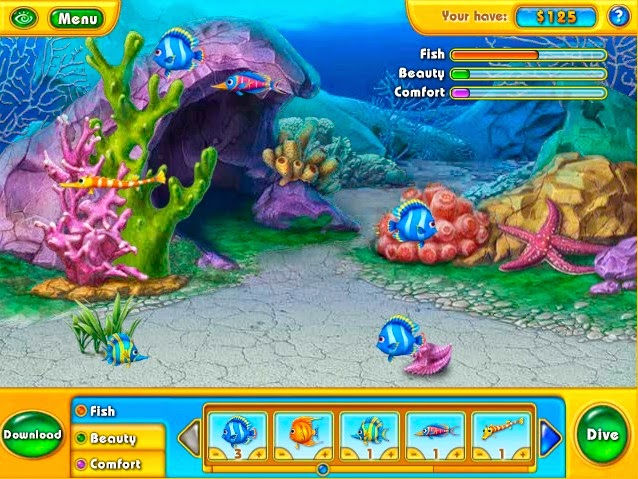 Fishdom H2O is hardly reinventing the wheel here, as games like this have been around in picture books and on PCs using the point and click interface of a mouse forever it seems. The basic controls work well, as you use a stylus to pan the screen around and also to tap on objects to claim them. Things can sometimes get just a bit frantic on the controls aspect when you mean to poke something and accidentally drag, but all in all it works well.

The other element that helps keep things interesting is that you can decorate Jennifer’s aquarium with. The vivid, colorful graphics and the simplistic game design should appeal to younger gamers, and the collection aspect good for those who like to gather/capture/get everything they can. My youngest daughter actually enjoyed this for a good while, as she is a big fan of aquariums and sea life, but also collecting things (as evidenced by her entirely too large Pokemon card collection).

There are a couple of different modes to be had here, but the experience itself is pretty repetitive once you have gotten into it. You are essentially doing the same thing over and over again, and you can get through the bulk of the content within a couple of hours tops. Fishdom H2O has an immediately accessible familiarity to it that should allow a younger audience to dive right in and enjoy what it has to offer, but the overall lack of variety means that most gamers will not be coming back for more.

A fair effort that leads to an average result, Fishdom H2O will not interest most gamers that are over a certain age. It is clear that the demographic here was smaller children, which is fine. It is just that in the end, a lack of content means there is very little reason to keep coming back for more. An average game for kids, probably well below that for an adult. 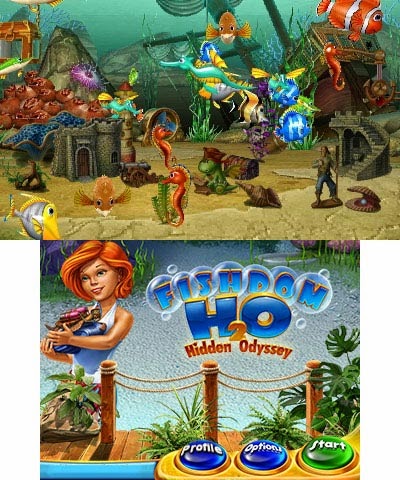