As regular readers here know, I have an affinity for sports games. It dates way back to my old NES days with Super Tecmo Basketball and RBI Baseball and through the years persisted with the NBA 2K and Live games and oodles of Madden. Some sports I tend to play more frequently than others, with Major League Baseball being one of those I take a stab at every couple of years or so. I believe MLB 12 The Show was the last in the series I have played. 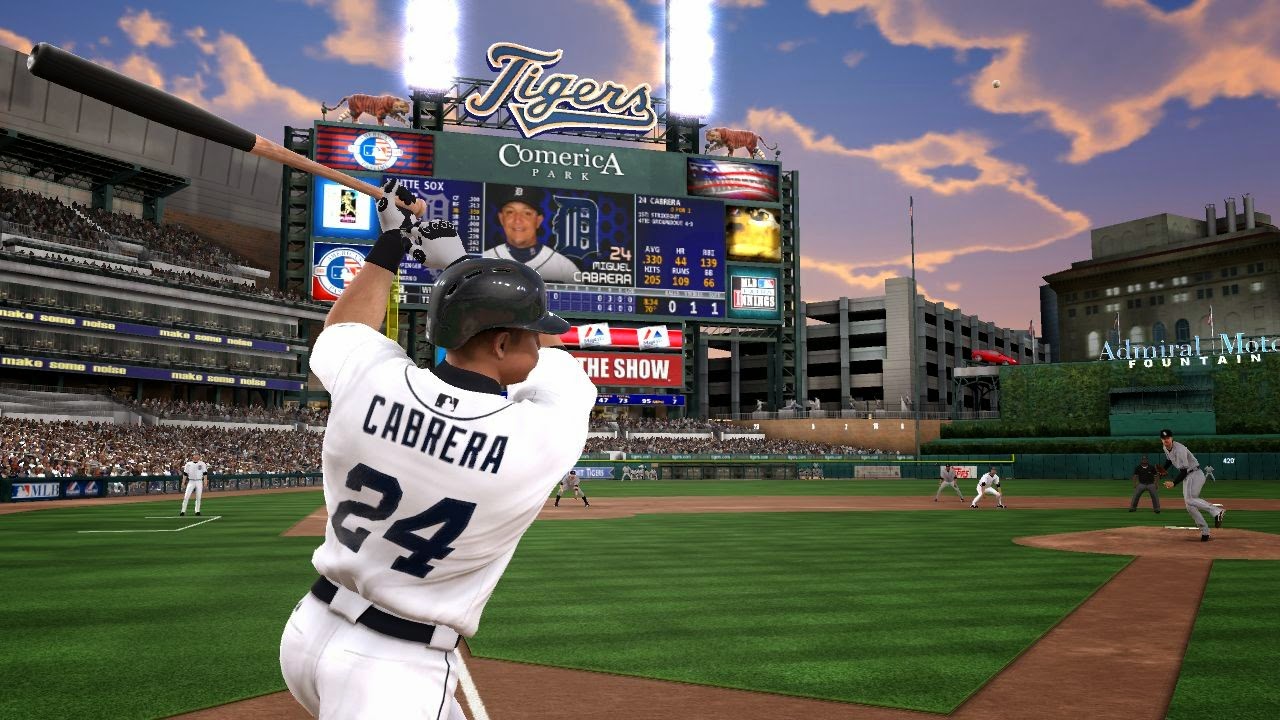 Sports titles are ones that hook me for a handful of reasons. The very fact that sports themselves have a tendency be very cyclical, with every year bringing teams a renewed sense of hope that the tweaks they made to their rosters might be what leads them to a championship runs parallel to how sports video games tend to work as well. Year to year you seldom see wholesale changes, but improvements in the presentation with some new gameplay wrinkles and updated rosters are enough for most (but not all) sports fans.

So far this new generation of video game consoles has seen a pretty smooth transition with sports titles. I recall all too well how poor that transition was for most sports series back when the Xbox 360 and PlayStation 3 came out. By and large it has been much more seamless on the PlayStation 4 and Xbox One. 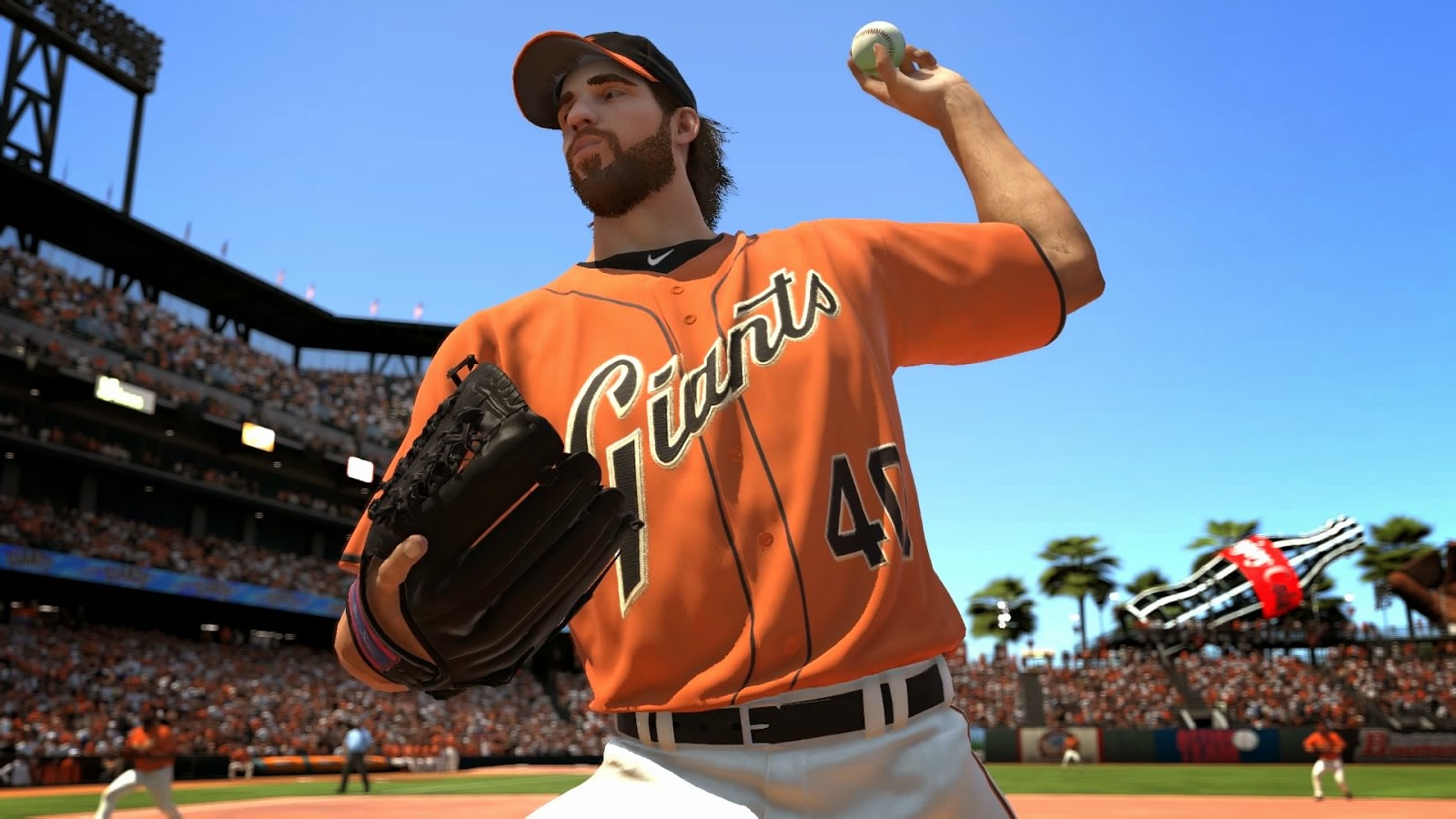 MLB The Show has always been among the prettier gaming franchises on the PlayStation 3, so with the improved hardware of the PlayStation 4, I knew there was ample opportunity for the development team at Sony to really flex their muscles – and thankfully they did just that. Characters are beautifully rendered and animated, with gorgeous ballparks and convincing weather effects that compliment the in-game physics perfectly. If there is one sacrifice being made here, it is that the loading times on this game are really, really long – and I suspect it has a lot to do with these visuals. If I were to take a guess, I would say they are nearly twice as long between games on the PlayStation 4 than MLB 12 The Show was on the PlayStation 3 a couple of years ago. 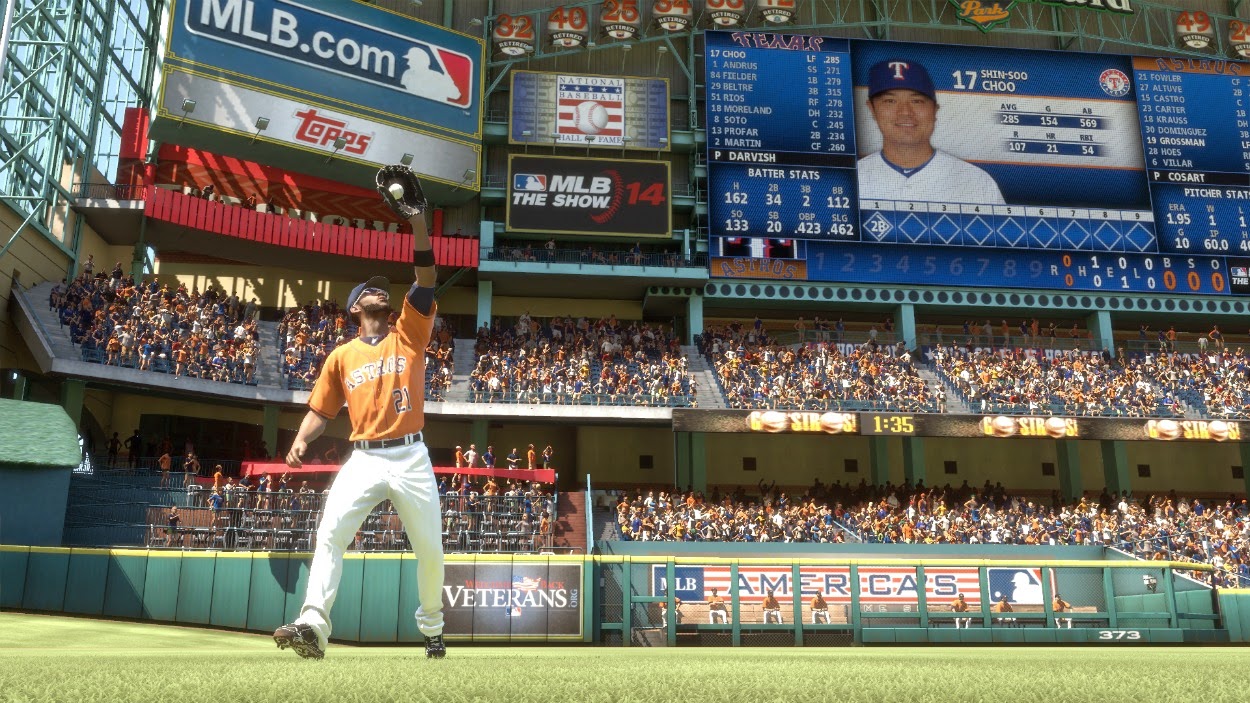 The music is just sort of there – but that is the case for almost all sports titles. The real question comes down to the audio presentation – both announcers and the in-game sound. Baseball is not the most active of sports compared to all of the bodies colliding on a given play in football or the sound of the ball and sneakers impacting the floor in a basketball game, but what we do have in MLB 14 The Show feels authentic. The sound of the ball being hit by the bat or striking the catcher’s glove is excellent and the commentary is actually pretty varied. Of course like any sports game, if you play enough matches you get repetition, but for the most part I thought they did a solid job with it here. 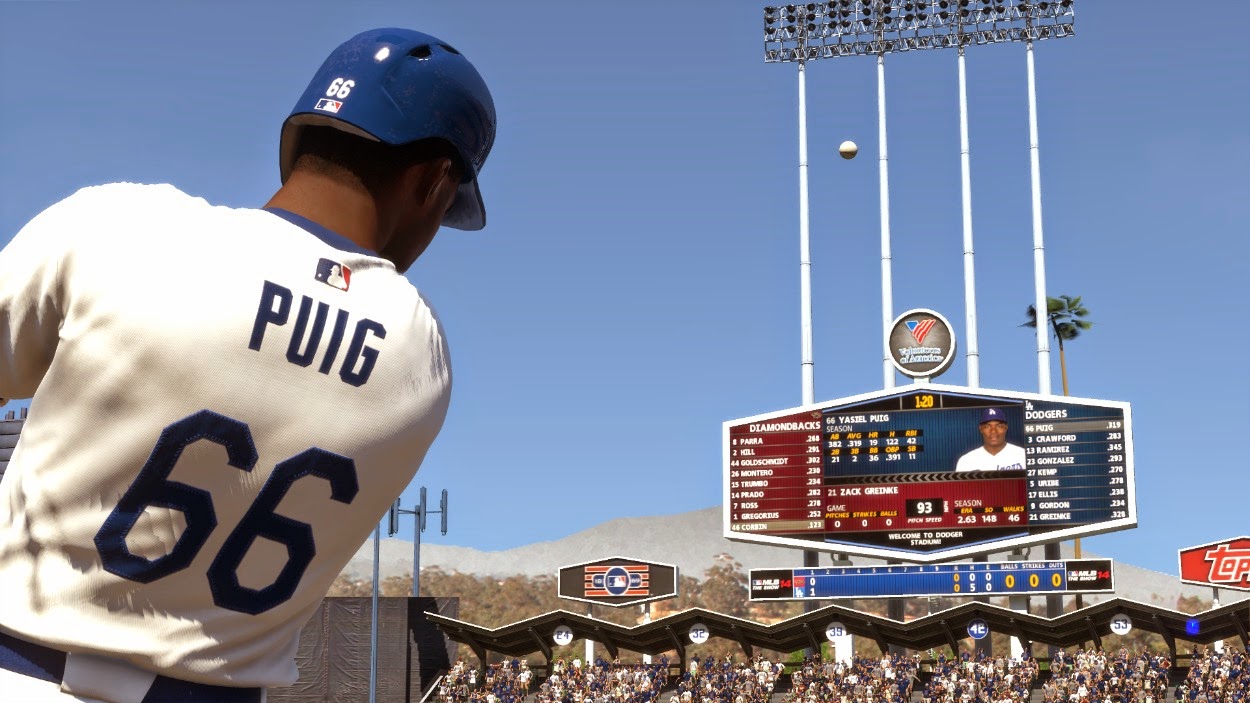 What stands out to me about this game is that it is still very accessible – I have only played a handful of baseball games in the last decade, and I was still comfortable picking this one up without a tutorial and playing some preseason games with the Detroit Tigers. Of course, there is plenty of nuance in both the hitting and pitching, with lots of options you can adjust in the settings depending on how you want to play the game.

Probably the two biggest points of frustration stem from playing online, where network hiccups occur a bit more often than I would like and fielding the ball, which can be a little tricky at times when the camera angle changes, essentially disorienting my outfielder for a brief moment. Also, I do wish those load times were a bit shorter. 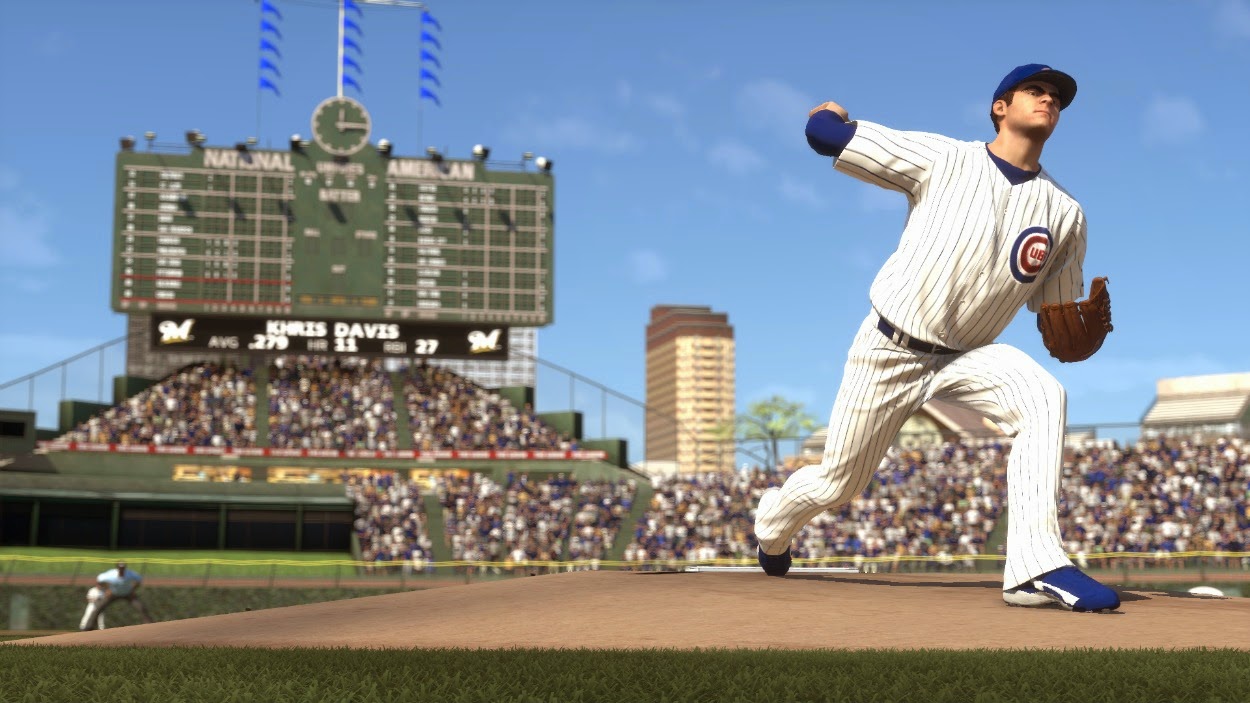 There is no shortage of modes available here, from online leagues to the excellent career mode. This was refreshing to see, since so many sports titles this last year have had to sheer off modes here and there while porting their game to the PlayStation 4 or Xbox One. There are a wealth of options and sliders available as well for anyone who wants to really customize the experience to their liking. This all adds up to a baseball game that has loads of replay value and variety to keep you coming back for more. 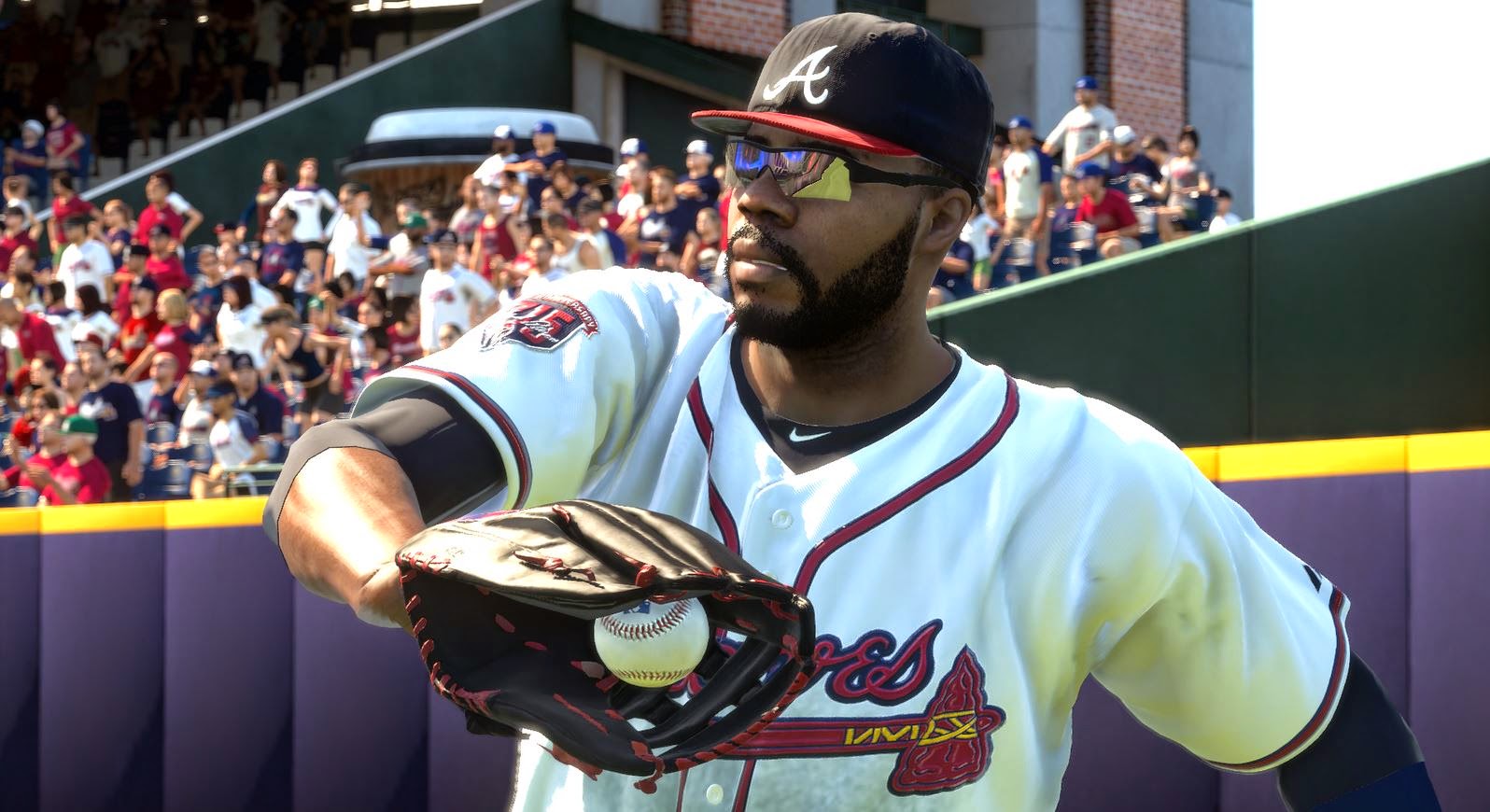 There are probably not enough leaps and bounds here for those who own the game already on the PlayStation 3 to upgrade to the PlayStation 4. However, if you held off on getting it for the last generation of console while waiting for its current generation release like I did, there is a lot to recommend here – especially to diehard baseball fans. I do not even consider myself among those, as I tend to gravitate toward the NFL and NBA in real life, but there is just so much to like about MLB 14 The Show that it is a lot of fun all the same.