Outlast was out on PC well before it came to the PlayStation 4, but it is great to see that this atmospheric horror game still holds up well on the console platform. You assume the role of a journalist named Miles Upshur, who has been given a vague lead about bad things happening instead of Mount Massive Asylum. 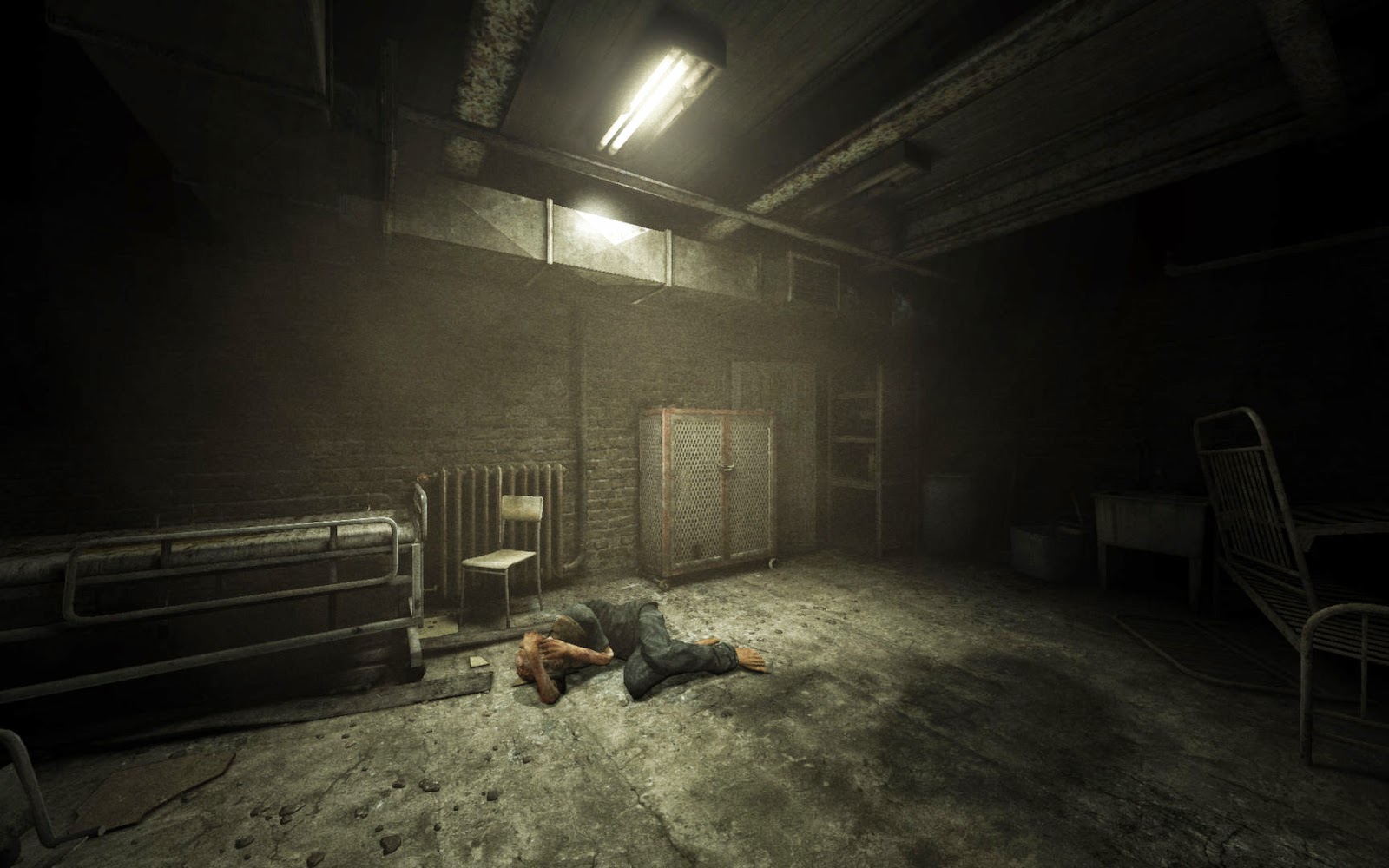 The asylum was abandoned a very long time ago, but it was recently opened once again by a major business called the Murkoff Corporation. I have always found the first-person perspective to be incredibly effective in the horror genre. My favorite parts of Fatal Frame were when I had to raise the camera to fight off spirits, and the Condemned games last generation were a bit rough around the edges in focusing on combat and action, but provided plenty of quality jump scares through that forced perspective.

Outlast continues that theme, making you a much more passive protagonist. There is no camera for fighting off spirits or metal bars to use as weapons. Every one of the creatures you encounter in Outlast is capable of killing you, but you can do nothing to harm them. It is truly about survival – there is no fight, only flight. Light plays an enormous part in the game, because it allows you to see potential danger – but so much of your surroundings is cloaked in darkness that you must often rely on the night vision of your camera. Unfortunately you have only so much battery life in the camera. It may not help you ward off your attackers, but it can be crucial in spotting and avoiding these threats. 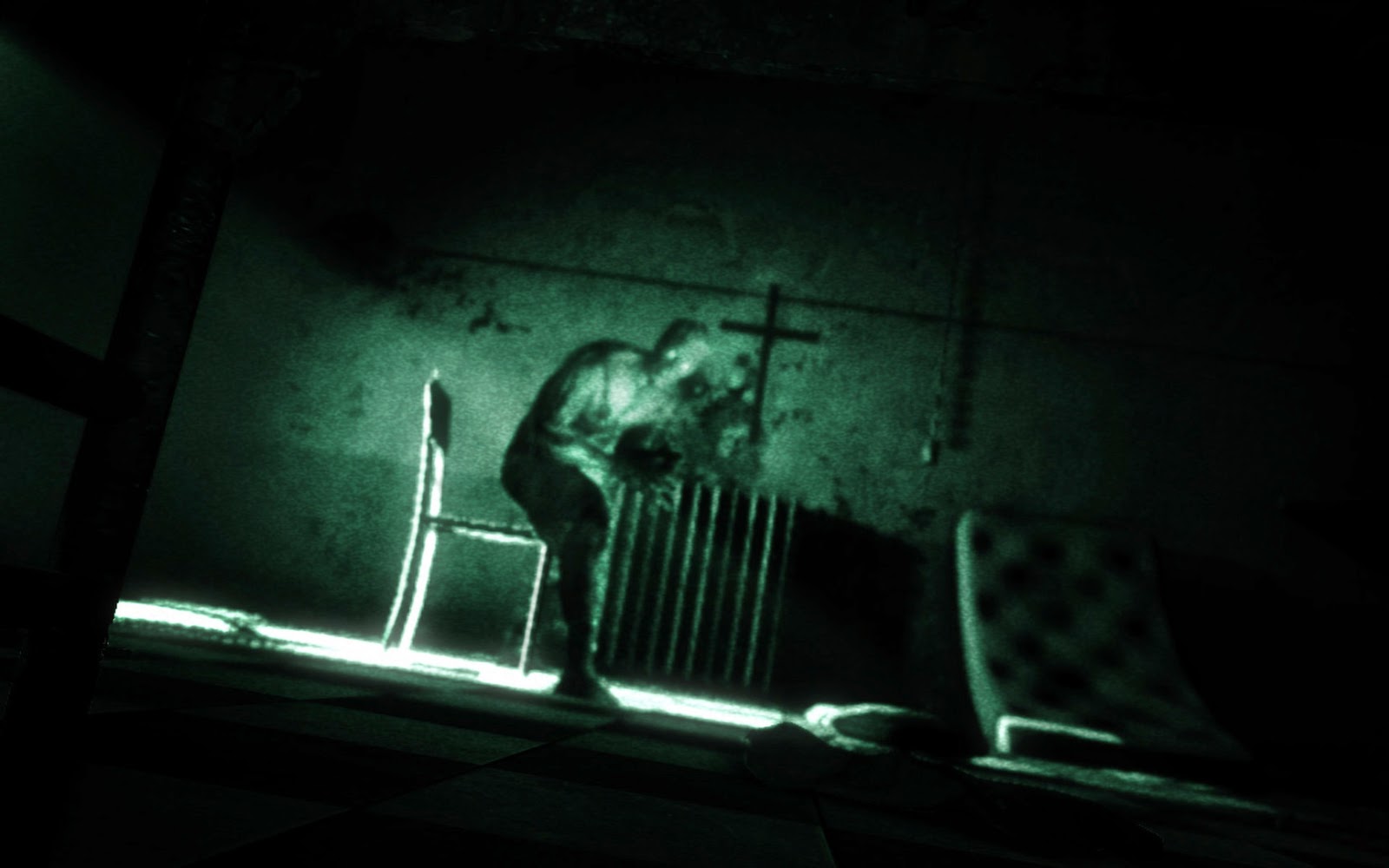 Visually Outlast is appealing, in large part because of the clever use of light. The textures all load well, though they are not the most detailed I have ever seen. Most of that can be overlooked since much of the game is blanketed in inky darkness, but when you get up close to some walls – or worse yet some of the insane asylum’s inhabitants – the visuals appear far less impressive. In truth your stalkers have a tendency to be far more terrifying at a distance than they are up close and personal. 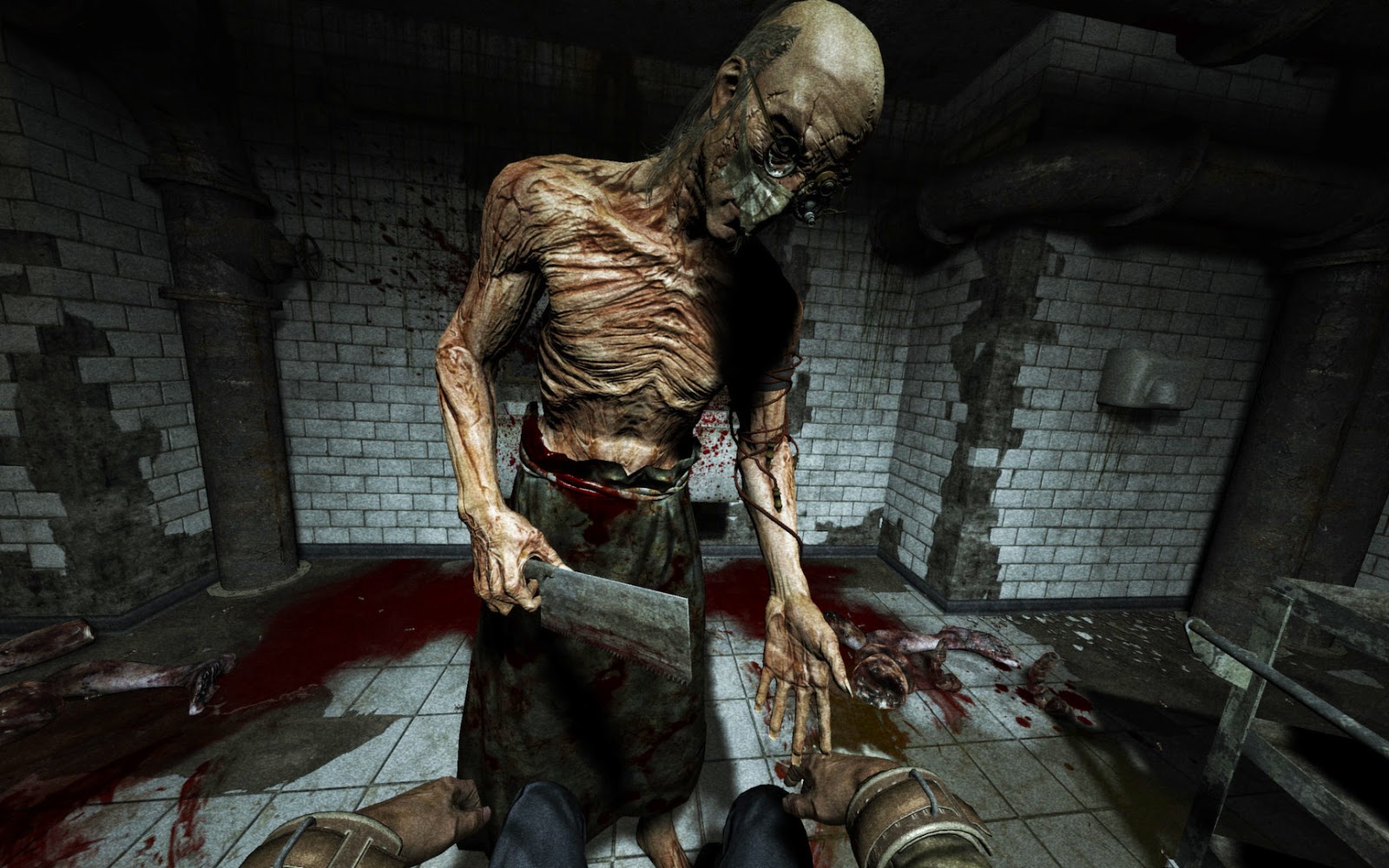 The music is okay, subtle and well-suited to what is taking place in the game, but the sound effects are the real star here. Scraping, dripping and rustling sounds keep you on edge throughout the entire experience. Inhabitants murmur under their breath when patrolling listlessly or while stalking you. The less dangerous people have their own things to say when you interact with them, sometimes to hilarious but at other times to terrifying effect. 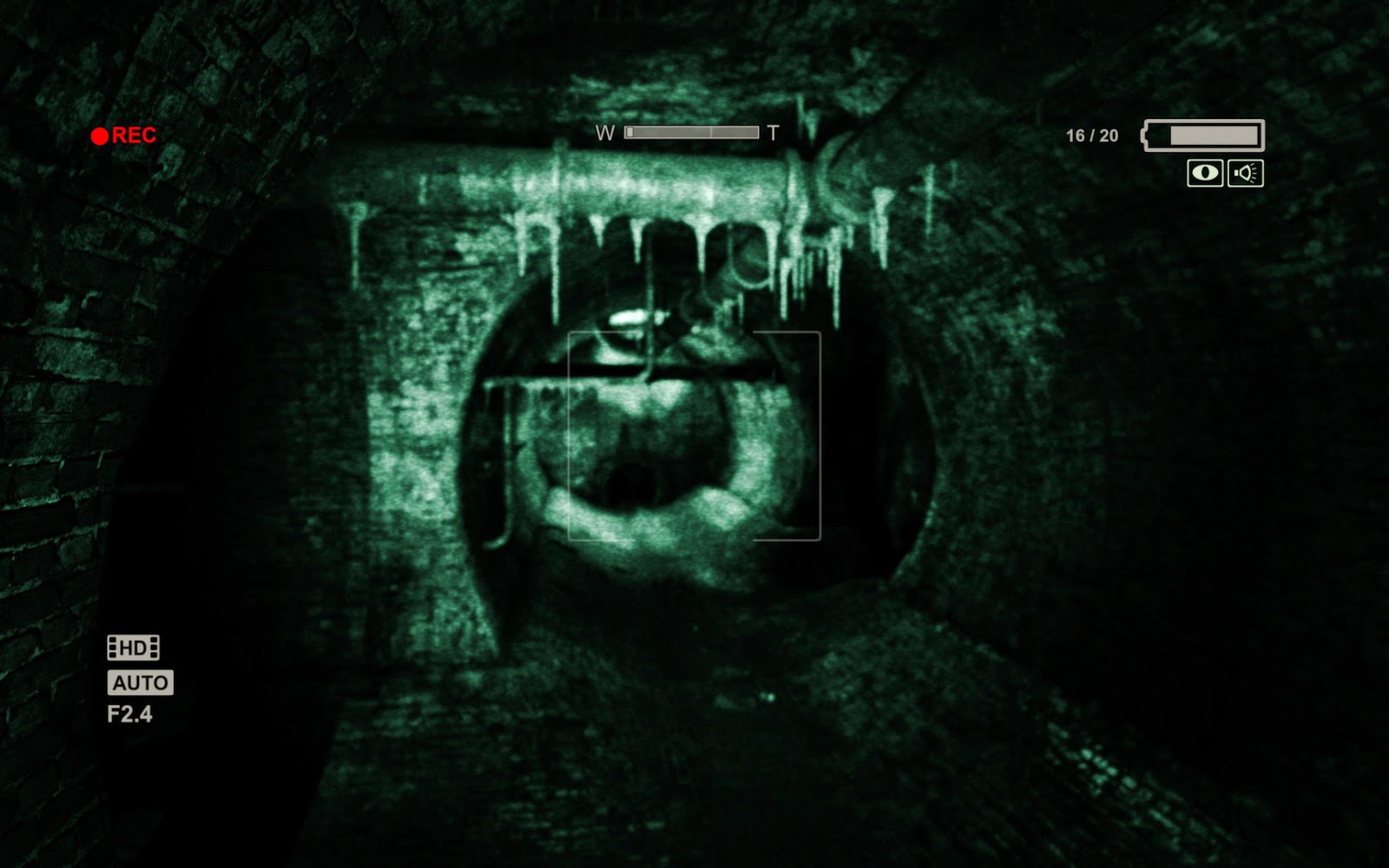 You are essentially playing a form of glorified hide and seek game with the inhabitants of the asylum. The ability to hide away in lockers or under beds while being pursued made me recall classic horror titles like Clock Tower. It is creepy, but at times a bit repetitive as well, especially when a character finds you repeatedly, seldom straying away from their sentry point. You can get stuck having to hide out from the same guy in the same space several times in a row before the proper path becomes evident. 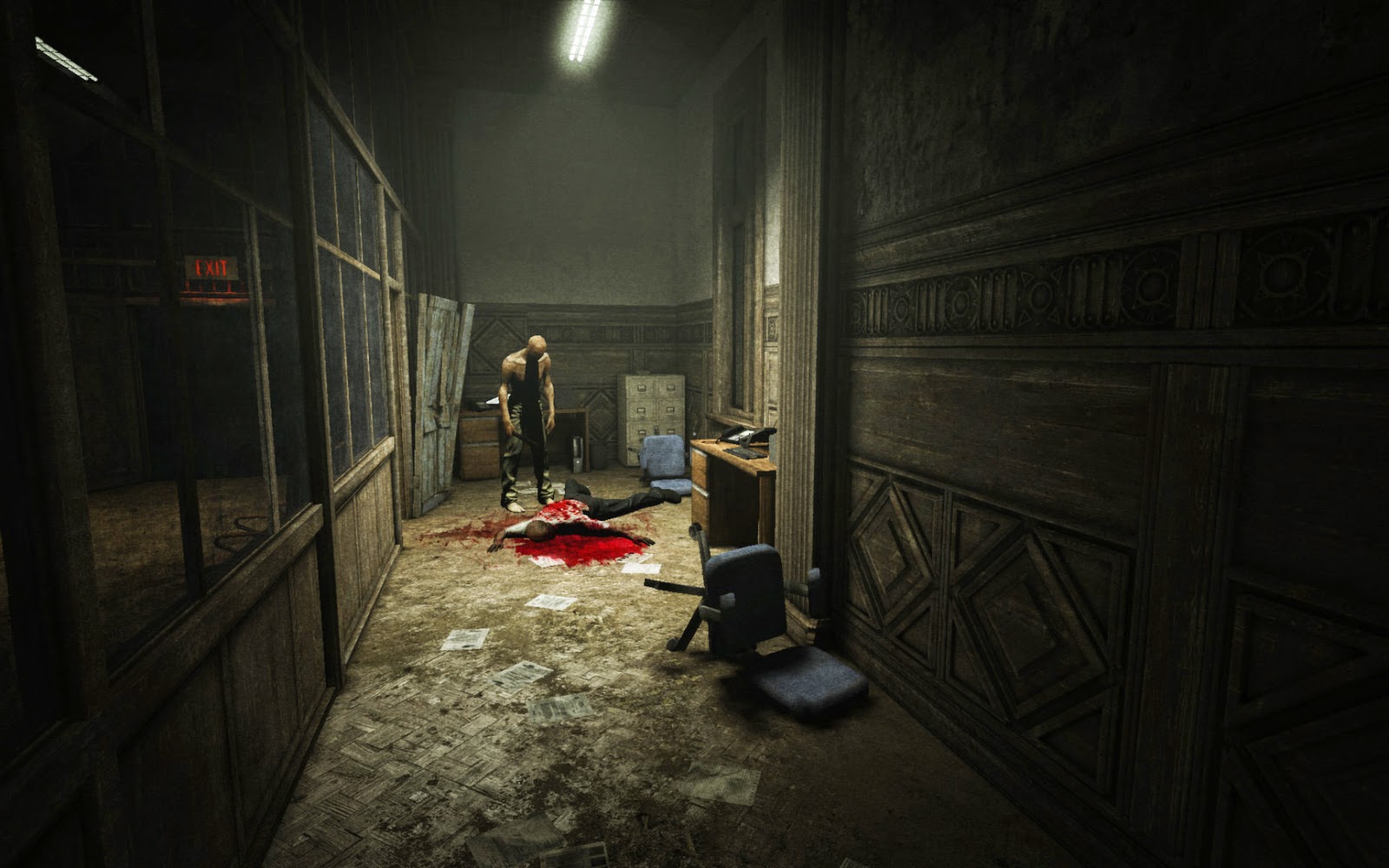 The inhabitants of Mount Massive Asylum are really attempting to get into your head. Unfortunately the jump scares, while effective, are not the sort of mental horror you are likely to think about later. There are a few moments that linger and make an impact, as they are scripted parts of the story – but the average encounter is almost immediately forgettable once you have had a chance to put that particular situation in you rear view mirror.

There are some puzzle mechanics at work that make this more than just a game of duck and run, and the management of your camera batteries adds some tension to the situation. The choice to make Miles helpless against these denizens feels right – but is also at times frustrating. There are some encounters were you simply wish you could barrel through and continue, instead of playing through the same pattern of hide and go seek as I described under gameplay. 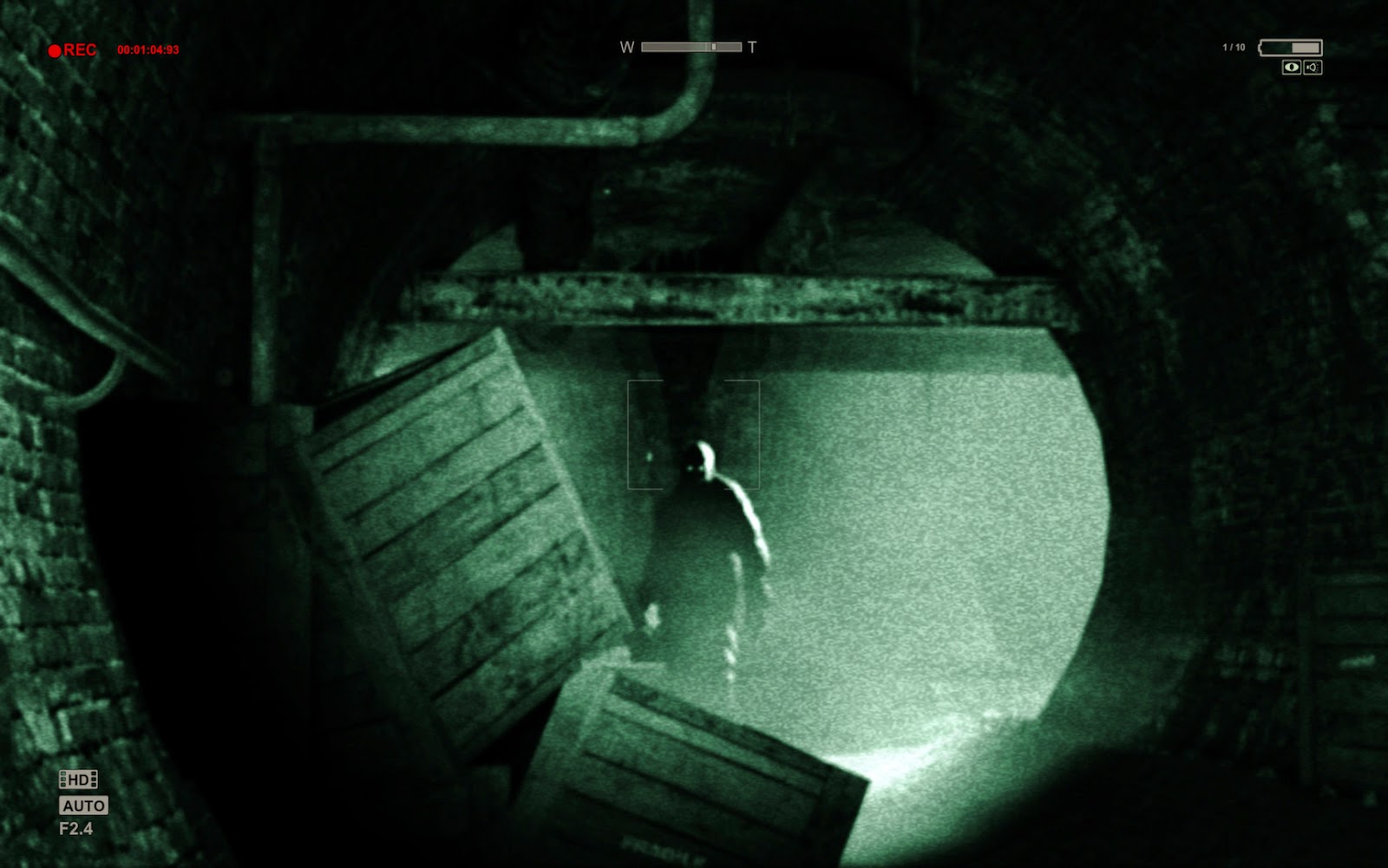 I much prefer my horror this way as opposed to so many franchises that have turned their once-suspenseful games into Michael Bay movies (I am looking at you Resident Evil and Dead Space). Outlast is not a terribly long game, but the entire experience is a taut one from start to finish. It left me feeling drained when I finally saw the game through to its conclusion, but it was also a satisfying adventure. 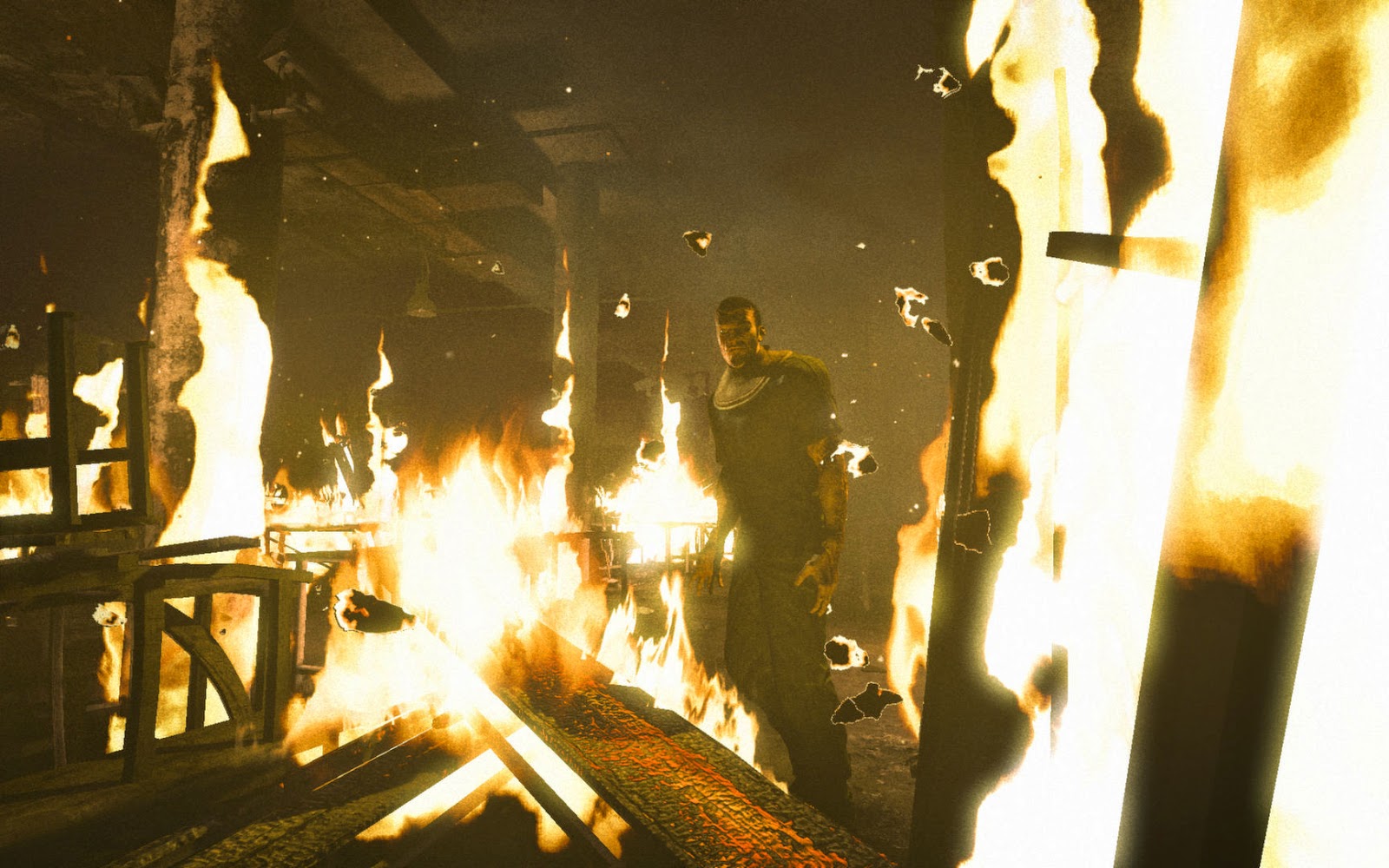