It is really hard to believe that it has been about five years now since Swords & Soldiers first debuted on the Nintendo Wii. The timing of its updated release for the Wii U is no doubt linked to the upcoming sequel Swords & Soldiers II. The real question is if this updated version of the charming RTS game is still worth a play on the Wii U or not. 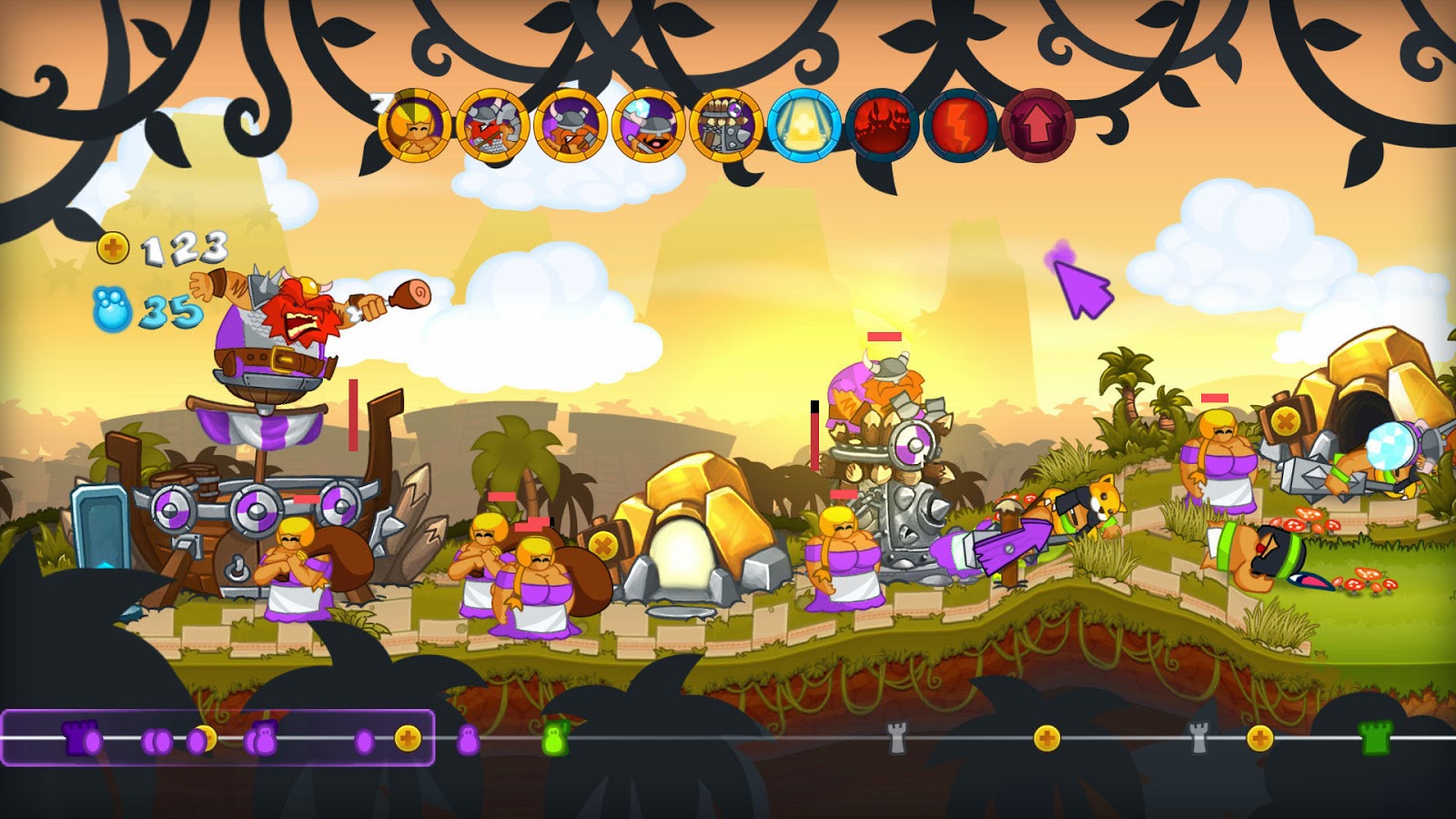 The premise is simple enough that almost anyone can pick Swords & Soldiers up and run with it pretty quickly. There are three different factions you can choose from, and while each group has some different skills and abilities, the basic gameplay is the same for each of the well balanced squads. Swords & Soldiers is an RTS at heart, though its 2D cartoon visuals presented from the side (instead of the more traditional overhead view) mask the amount of strategy involved here.

You need to create units to mine resources, but you also need to balance offensive units. Your minion hordes will march mindlessly forward once they have been purchased. If they encounter an enemy unit, they will begin to fight it out. Different troops have different abilities and statistics under the hood, but upgrades to units and the use of spell abilities will generally be the differentiator between victory and defeat.

Everything is presented with charming new visuals that look great on the big screen. Without a doubt this is the best-looking version of the title to date. The control scheme could have been problematic, but a couple of different options make the gameplay quite fluid regardless of your preference. A Wii remote can be used to click at and interact with the screen, or the Wii U gamepad can be used with a stylus to directly tap on the screen. This makes Swords & Soldiers HD an ideal off-television game to play, since this method of control means you will almost never have time to simply look up at the main television. Between the two however, I preferred the gamepad for its precision. 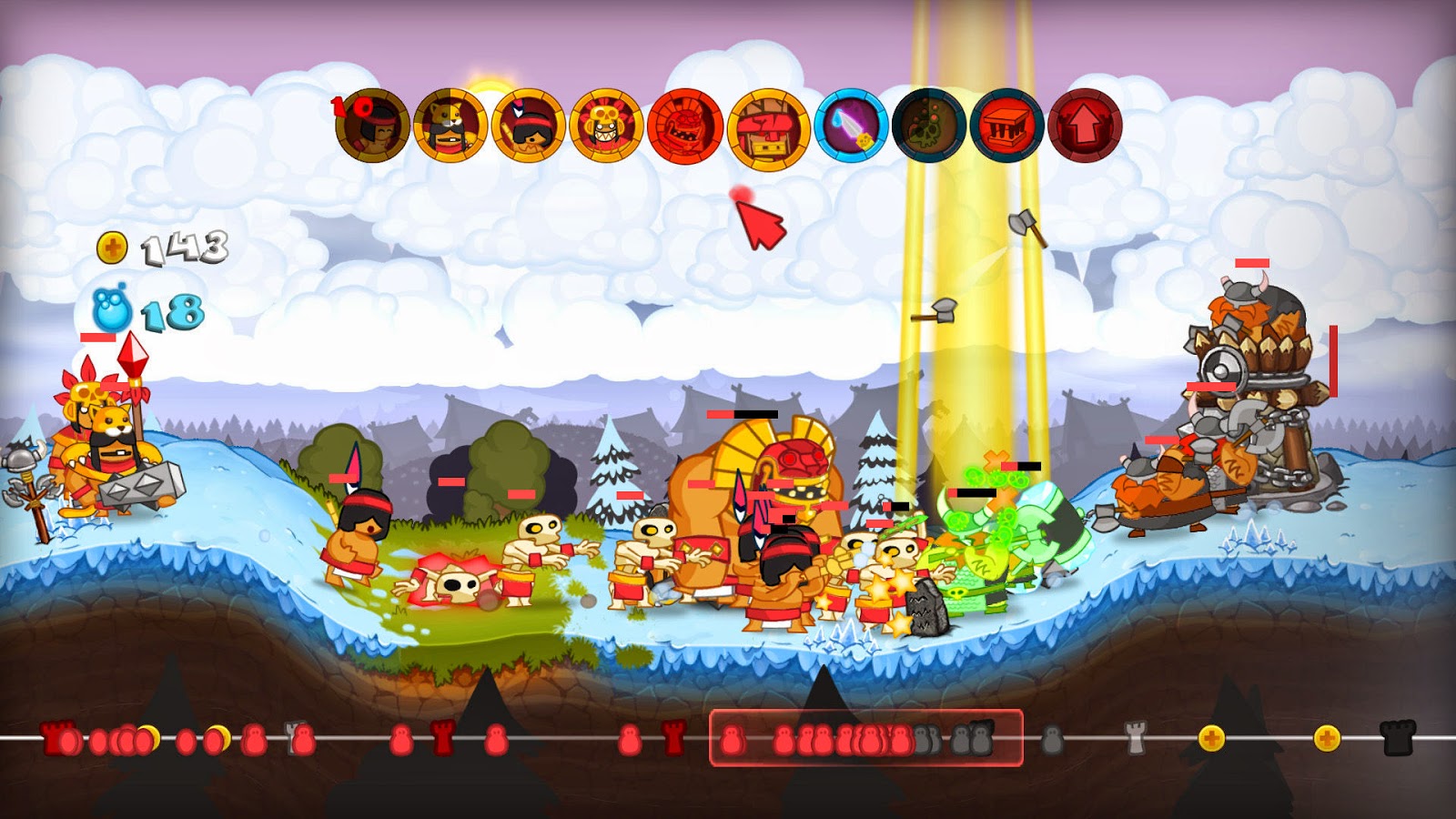 Single player campaigns and challenge modes give you plenty to do, though it is disappointing that this version of the game does not come with an online multiplayer. You can play locally however, and it is cool that with the touchpad each player can have their own full screen (instead of splitting the main one and thereby reducing the amount of room either side has). The local multiplayer is still a good deal of fun. The silly, over-the-top presentation is perfect for face-to-face ribbing of one another.

At an inexpensive $2.99 price point, Swords & Soldiers HD is a fairly easy game to recommend to fans of RTS titles looking for something a bit different to play. If you have already attained this title on one of the other platforms (and to be honest, it has shown up on a lot of them so far, so there is a good chance you already own it), there might not be enough new to fully justify picking this version up one more time. However, if you are new to the series or the updated control schemes and visuals pique your interest, there is absolutely no reason to pass this one up given the reasonable price. 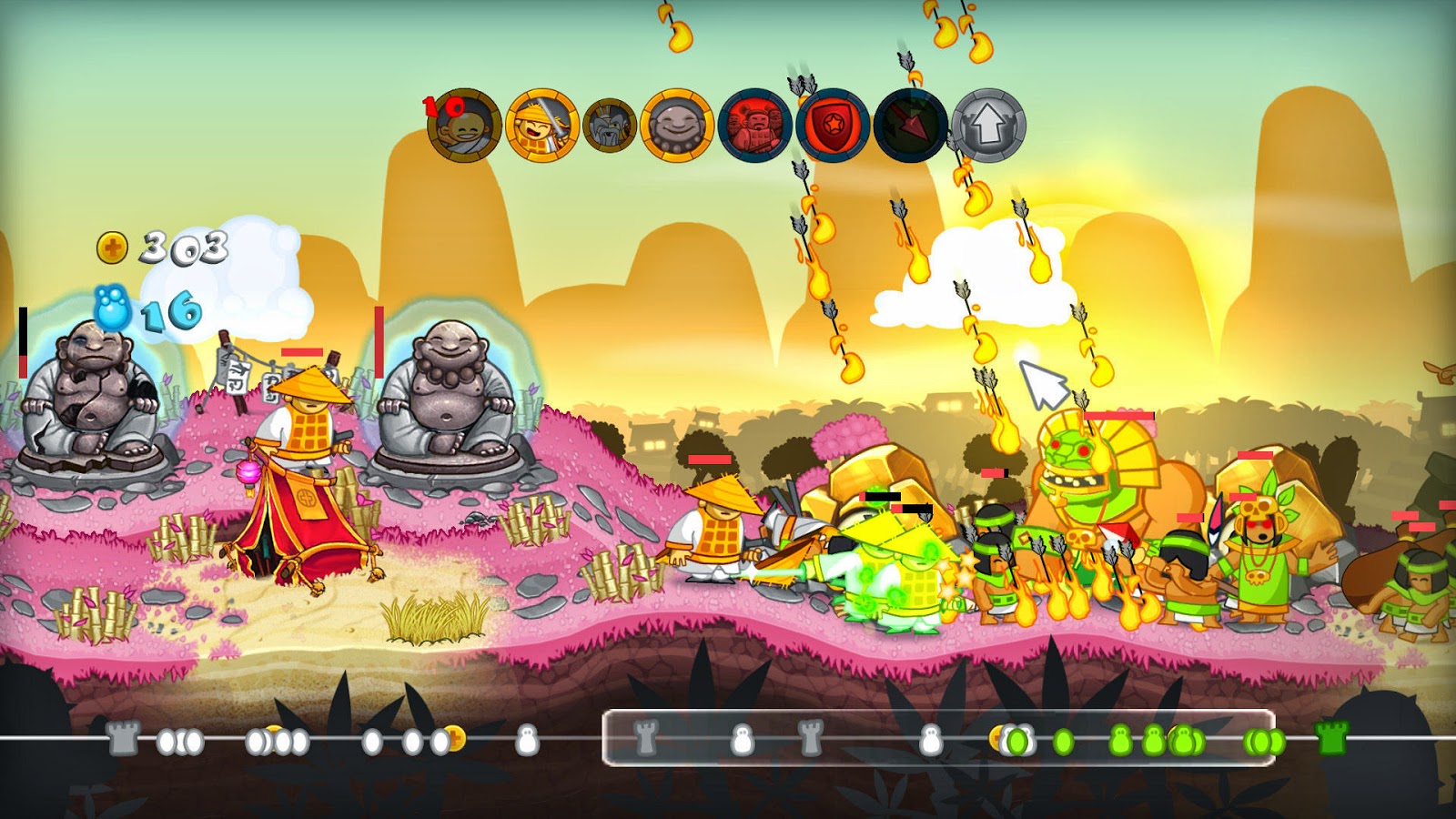