By the end of the second episode of the latest season of Telltale Games’s The Walking Dead, the tension is high and depending on your choices, this season’s body count starts to mount.  The game picks up right where Episode 1 left off and you are immediately faced with the consequences of the decision you made concerning who to help. 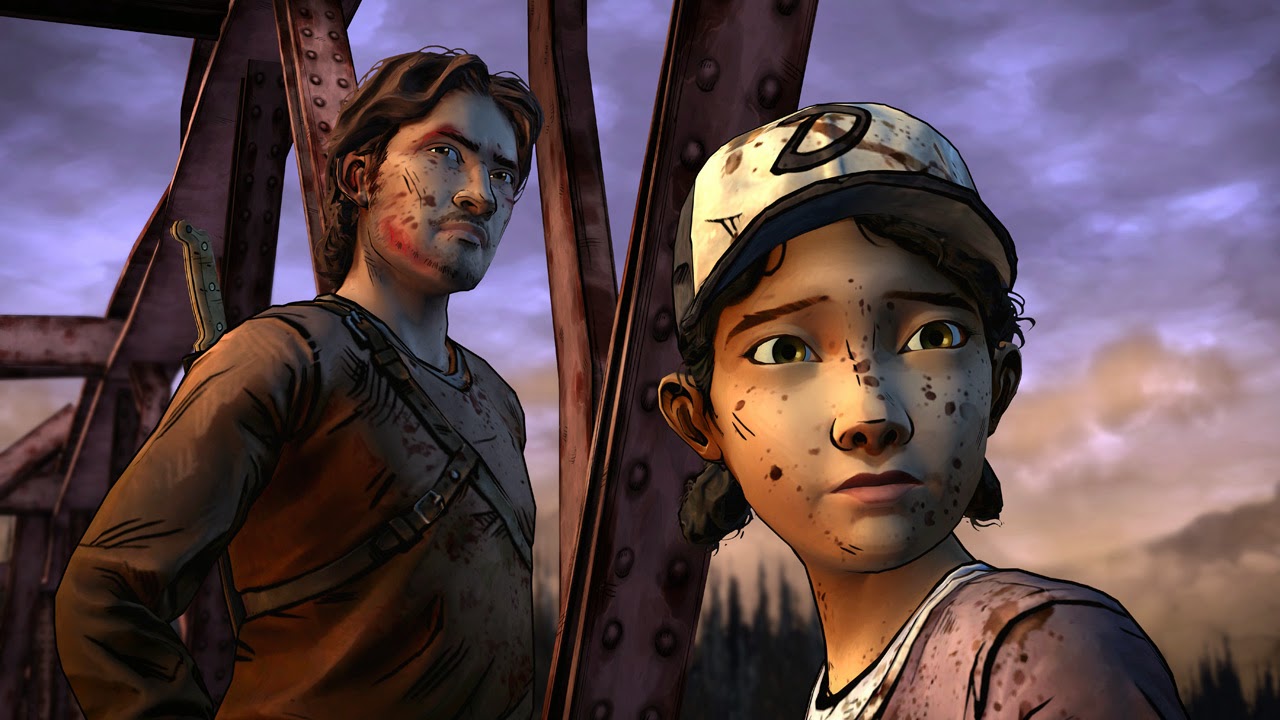 Speaking of which, there is a part of me that  groans each time that I’m faced with a clear “which character do you save and which do you let die?” decision.  It is a scenario that I hoped doesn’t get overplayed as Telltale Games continues to tell these stories.  I will say, though, that I still agonize over the decision each time I come to one.  That is a testament to how well the writing and characterization is in this series.

The title of this episode, “A House Divided”, works on a couple of levels.  It could be used to reference the coming together of two groups of survivors that don’t trust each other and what can happen when circumstances put them together.  It could be used to describe the group of survivors that Clementine hooked up with at the end of episode 1 (I’ll call them Lucas’s group) and how they don’t all share the same opinions about what to do or where to go.  Or, you could even make the leap to say that it applies to Lucas’s group as a former part of Carver’s larger community.  In any case, we all know what Abraham Lincoln said about the “house divided”…it cannot stand.

Never before has a game made me so invested in its dialogue tree.  I read every single potential option and really have to weigh the options.  As much as I find myself cursing the counter that forces you to make a decision quickly, I also appreciate that it is there, preventing me from lingering too long on it.  This episode in particular had a couple of conversations that rank among some of the most tense moments I’ve had in gaming in a long time. 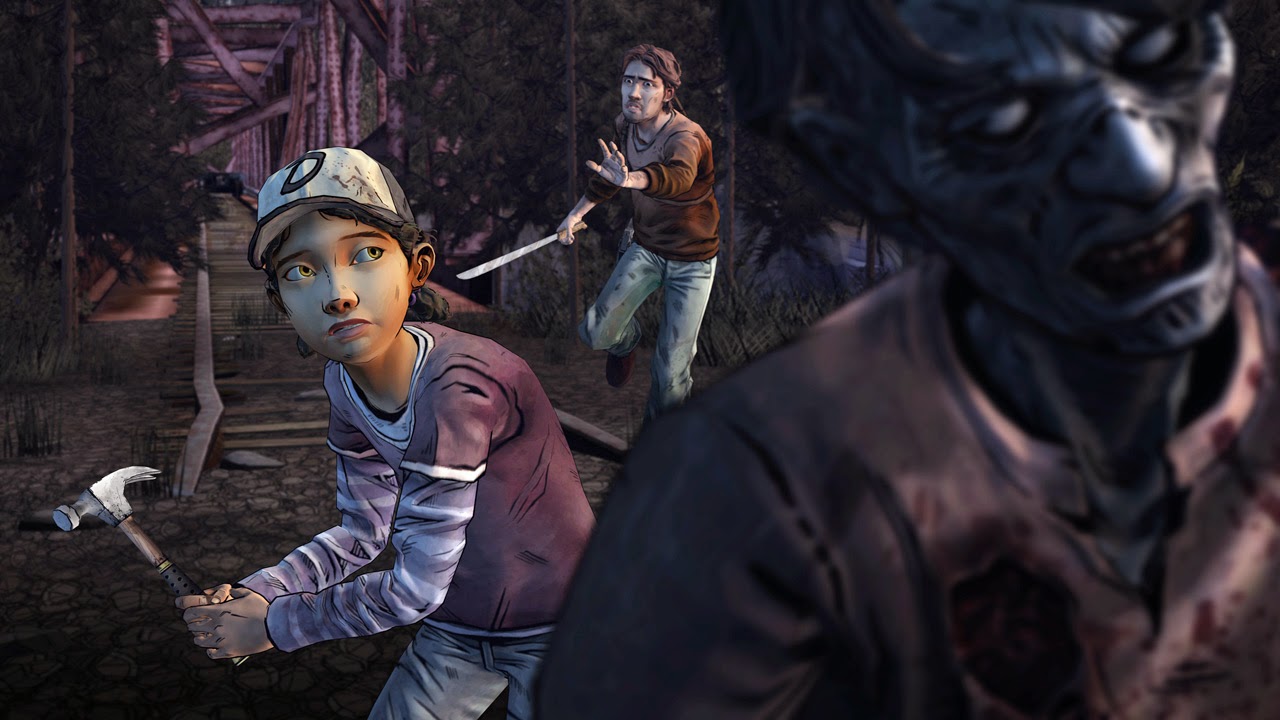 This is the strength of The Walking Dead series and I feel that it really shone through in this episode.  Some games are able to build tension by sending swarms of enemies at you to face.  Some games build tension through classic horror methods like lighting, sounds, and scares.  This game builds tension by having two characters talk.  When you first meet Carver, the threat who is only hinted at in the first episode, it feels like a deadly chess match trying to survive the conversation.

That scene and one or two others later in the episode are perfect examples of what makes this series special.

What else in this episode was worthy of note?  We finally got to meet up with some familiar faces (at least familiar if you played Season 1 and/or 400 Days).  That led to its own dilemmas when Clementine is forced to decide who she really trusts.

This episode felt like it had fewer quick time events than Episode 1; I certainly died less.  In fact, I think I only died once in this episode instead of the dozens of times I died in Episode 1.  That being said, the tension in this one was much more real.

I also didn’t see as many graphical issues related to slowdown.  Typically those happened in the first episode around some of the bigger QTE sequences, so it makes sense that I didn’t encounter it as often this go around.

Overall, I liked this episode a lot.  I’ve fully graduated to a Clementine fan after turning the corner on her last episode.  I can’t wait for episode 3.

Also … Janel Drewis’s version of “In the Pines” that plays after the end of the episode is awesome.  It is a very different take than the popular Nirvana version and its somber tone and haunting music fit Clementine’s story very well. 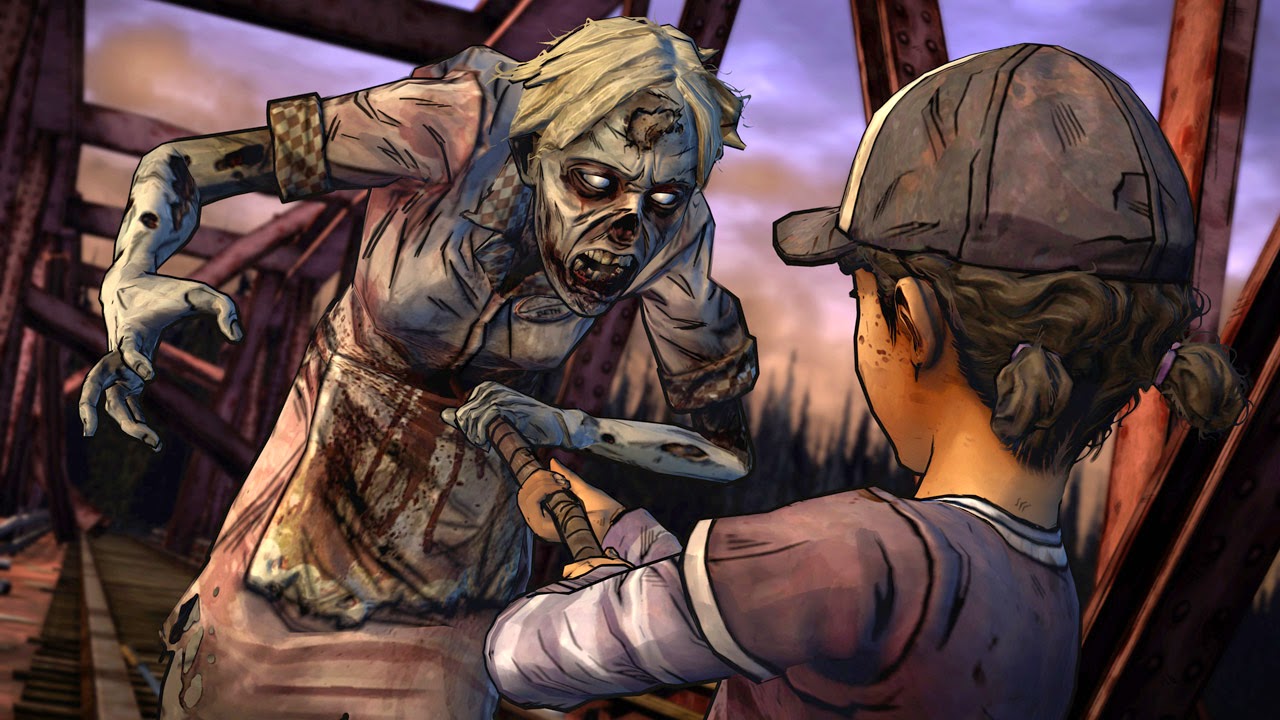