Give credit where credit is due, Nintendo decided to do their own thing this year for E3 and it was more hit than miss. A fully prepared digital show that was played at a specific time, instead of relying on awkwardly delivered rehearsed lines while praying to the video game gods that nothing goes wrong during a live demo. Now there is something to be said for seeing things live, being able to stumble onto those warts when they come up as well, but by and large Nintendo did not hurt themselves yesterday by doing something a little different. After all, in the end – it is all about the games, and they had some to show off. 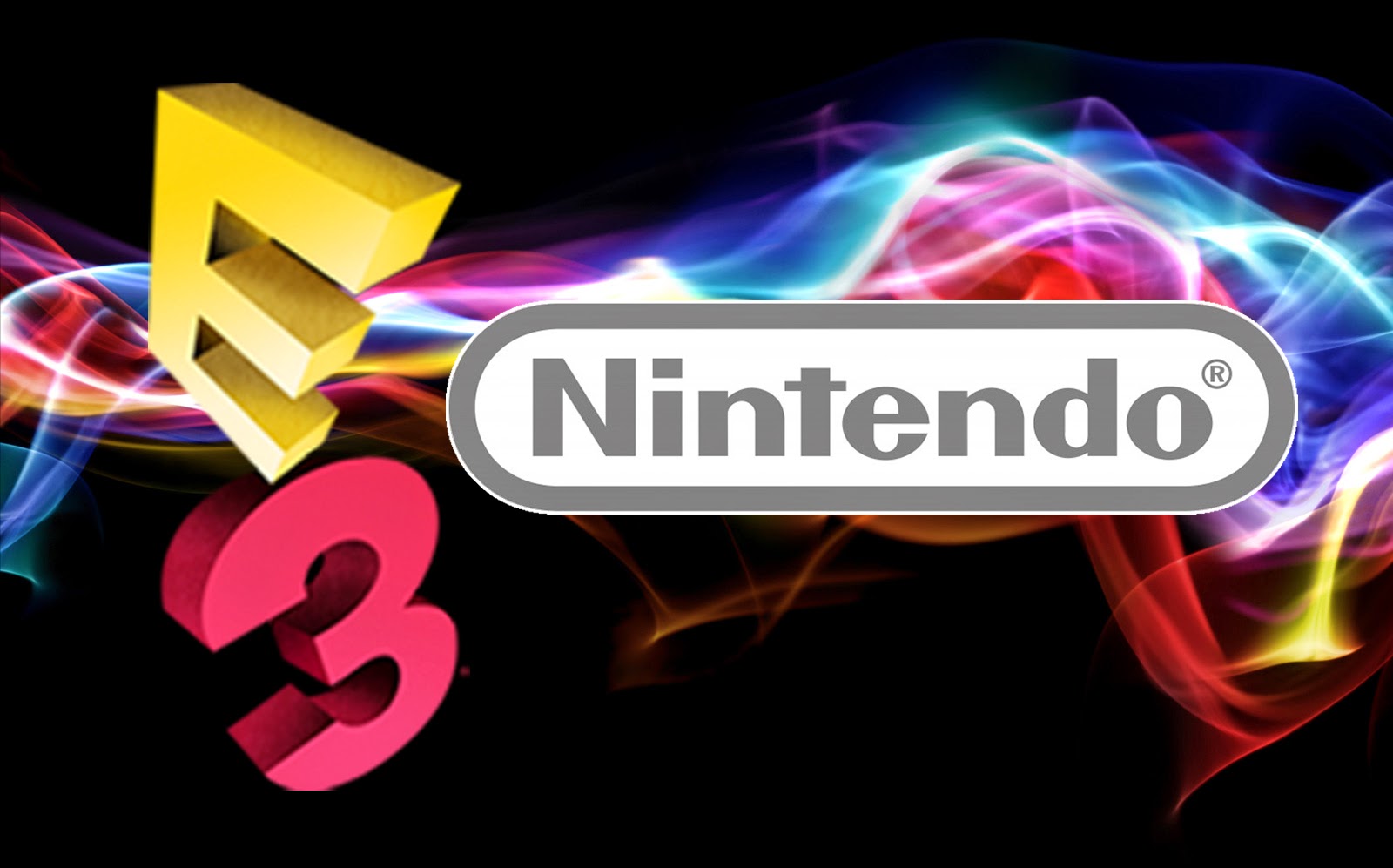 Just like Destiny was the “it” title everyone expected from Sony during their conference, Super Smash Bros. the most anticipated game by Nintendo going into the conference. Everyone knew that it was coming, it has been talked about for some time, and like the recently released Mario Kart 8 that has been a tremendous success this month for Nintendo so far, it is the perfect group game that blends old with new and gives people a reason to believe in the Wii U.

There was a lot of speculation that Pac-Man would be a character in this title, and much like Miis wound up in Mario Kart, gamers expected (but were not terribly excited by0 the prospect of Mii characters showing up in the upcoming Smash. I talked with Chris after the presentation because for him, Super Smash Bros has been his most highly anticipated game of the year. He follows all of the rumors and news on an almost daily basis, and while he had expected the Mii implementation, he was actually pleasantly surprised at how they were handled. The ability to give them some variety really appealed to him and he is already planning out a sword-wielding cartoon version of himself.

He also was one of the few people I knew who had actually said he expected nother character from Kid Icarus such as Dark Pit or Lady Palutena.

This led right into Amiibo, which is Nintendo’s own take on Skylanders and Disney Infinity with the “toys to life” approach as it was dubbed. Super Smash Bros will use it, as will Mario Kart. The premise should sound familiar to anyone who has played the other two aforementioned franchises, where you acquire Nintendo characters in physical toy form and then ‘use them’ to access addition content or powers within the game. The collectible nature of these from the Disney Infinity set has been pretty impressive so far, but there are probably more questions than answers about these figures at this point. How many will there be? Who will be among the first wave? They claim not only to impart data, but to collect it as well to be used in different ways – what all does this mean?

There are a lot of possibilities here, and given the rather unique nature of the wii U gamepad, I actually support the notion that Nintendo is going to do something a bit different here than either Microsoft or Sony has to this point. All the same, I may be a bit miffed if Samus is among the first wave of characters, yet is sadly still not getting a new Metroid game of her own for Wii U or 3DS yet.

Yoshi’s Woolly World was next, and it brought the charm if not the compelling case that it is a must play title. I suspect that this will be a similar audience to that which enjoyed Kirby’s Epic Yarn, and simple, visually delightful platformer using one of Nintendo’s cuter if not biggest and brightest stars. I do not think Yoshi’s Woolly World is going to move many Wii U units, but it looks to be a competent, lovely game that should feel right at home on the console when it releases.

Speaking of games that can move consoles, one of the biggest upticks the Wii U saw in sales last year was when it bundled the HD remake of Wind Waker. The Legend of Zelda is one of those series that can absolutely move consoles as well, if not better, than Mario titles so it was not a surprise to seen an announcement for it on Wii U. If anything, it is probably a year later than it should have been in arriving. The early returns on what we saw have been mixed. On the one hand, the broad landscape vista we were shown had a gorgeous, almost painting-like quality to it, but after the tech demo of Zelda shown on the Wii U in the past, a lot of gamers were looking forward to a more realistic take on Link and Hyrule. The scene at the end where Link sheds his cloak and is clearly a more animated take on the character design angered quite a few fans.

Me? I was quite okay with it. We know that the Wii U does not have the horsepower behind it that the PS4 or Xbox One does, so why try to push it with attempts at creating a more realistic world when it probably will fail by comparison? This gives Nintendo’s developers the artistic freedom to approach this new Zelda title from a comfortable angle – much like Mario Kart’s visuals which are amazing, despite the fact they are very cartoon-like. I do believe the focus should be on how the gamepad is going to be used and if Nintendo can deliver on their Skyrim-like promise of being able to adventure out and reach everything you can see. This is a lofty goal, it is new territory for this team as Link’s adventures into the realm of 3D character design have been much more direct and linear, but the I believe the talented folks at Nintendo are absolutely capable of delivering it.


In other news, there’s some new/old with a fresh gloss of paint Pokemon games coming out as well. These two were old news, with little in the way of big reveal. Again, Nintendo knows there is a built in base of fans who will gobble up each and every Pokemon release that comes out, so this is a no-brainer decision on their part that did very little for me, but I know Chris on our team is a huge fan of the series and was looking forward to any and all of it.

The next title up was of more interest to me personally, and that was Bayonetta 2. I was a fan of the first one when I had a chance to play it on 360 several years ago, and this sequel looks to be just as over-the-top as the original, with some nice nods to fans. First off, it comes with the original game packaged as well, and there were some amusing Nintendo-specific pieces of fan service from a Legend of Zelda jingle to the Samus mask.

Hyrule Warriors is one of those titles that several of us on the team have talked about before, so getting to see Link battle hordes of goblin-like enemies was certainly welcome. The boss fights look like they could be fun, the graphics look better than the current Dynasty Warriors games and the developers said there would be a tremendous cast of playable characters. It was a bit disappointing to only see four of them specifically called out. Still, to hear the developers talk about this game as a “celebration for both franchises” – I have to admit that was a fun approach to take with it. It did however, leave me wondering about Shin Megami Tensei X Fire Emblem, which did not show up in the presentation.

The Kirby title reminded me of Line Rider, except far more visually interesting. It looked cute, will make good use of the touchpad and is yet another non-Mario Nintendo character getting some love. All of these things are good, but to be honest the game itself struck me as somewhat ho-hum.

Captain Toad however, looks a good deal more inspired. If nothing else, the level design shown off struck me as incredibly intelligent and looks like it could be a lot of fun. If last year was the year of Luigi, this feels like the year of Mario’s sidekicks now.


Mario Maker is one of those titles that I can see my youngest daughter sinking a ton of time with. It looks like a serviceable answer to Project Spark and LittleBig Planet 3 in that it lets imaginative gamers make (and I presume share) their levels with one another, creating limitless platforming experiences. The Mario aesthetic will be a hit, with the ability to flip between a retro and modernized look for the levels. At this point I have no idea if it will be a downloadable title or a full priced retail one. I am somewhat hoping the former, because while it looks fun, it also looks a bit shallow compared to the aforementioned Project Spark and LBP and does not feel like it has nearly as much depth to it, at least from what we got to see yesterday.

Xenoblade: Chronicles X is the kind of third party title the Wii U has been desperately needing. The Wii really had a great surge of RPG and third party love when Pandora’s Tower, The Last Story and Xenoblade came out to a lot of fanfare. It would be nice to see something like that happen again here for the Wii U, and Xenoblade might be the first step in that direction.

Last, but definitely not least, Splatoon was very interesting to me. When I was first thinking about a ‘Top 10’ from E3 this year, Splatoon did not even make that list, but the more I thought about how it is attempting to shake up a genre that has felt very cookie cutter over the last several years, I have to admit that the concept is really growing on me. The layering on ink, how it affects the gameplay – this could turn out to be a very different type of shooter.


What did you think of Nintendo’s digital format? Did the canned, overly prepared presentation appeal to you, annoy you or like me, were you just more curious about the games?