comments Share
You are reading
Forza Motorsport 5 – Xbox One Review

Racing games are usually among the prettiest titles on almost any console. Something about the sleek lines, various landscapes, bright colors, use of light and reflective materials make them an obvious candidate to show off what hardware is capable of doing. On that front, Forza Motorsport 5 delivers in spectacular fashion. 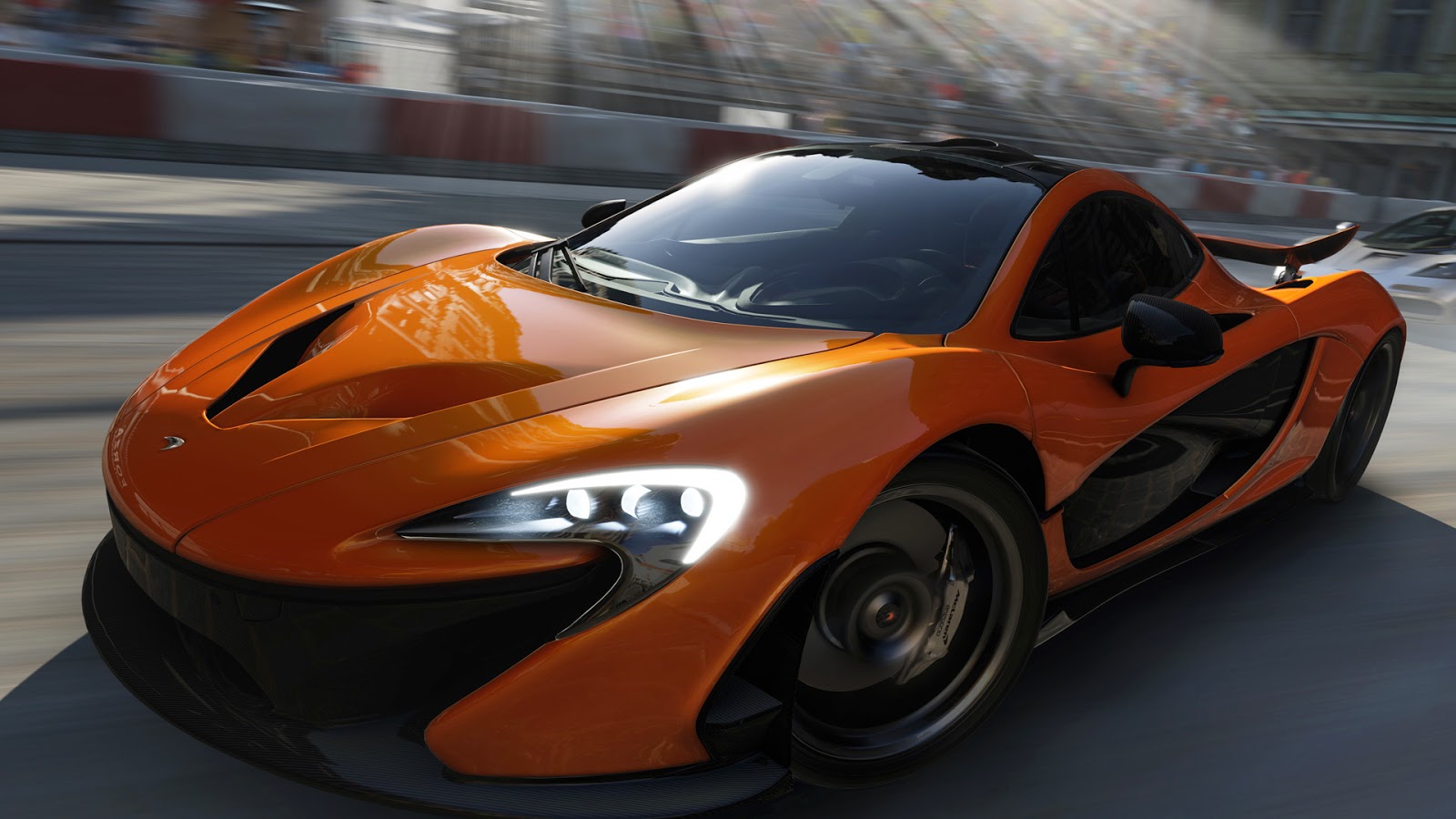 Not being a big racing guy myself, as pretty as the games are, it is often hard for me to maintain interest in them for long. Mario Kart is more my speed (I still shout ‘be small’ when using the lightning bolts – a holdover from our college N64 days), but with limited titles to play at the Xbox One launch, Forza 5 made the cut. Question is, did I enjoy it? 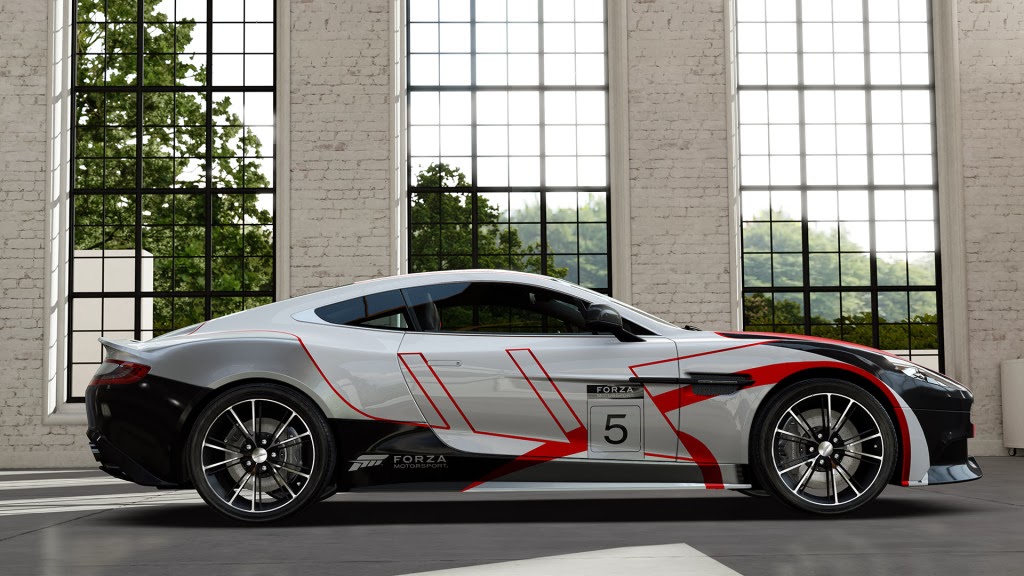 I know I already touched on this in the introductory paragraph, but it is worth talking about a bit more. I am not really a ‘car guy’. Most of my cars have been of the older, beaten up variety. I joke that a car does not have to be pretty for me to drive it – it just has to roll forward or back as needed on four revolving wheels. I am not setting the bar terribly high there.

That being said, I can appreciate that the cars in Forza look spectacular. There are some customization options to put your own spin on the standard designs, but the way light plays off of the cars and the reflective surfaces like windows really help these vehicles pop off of the screen. There is damage you can incur driving as well, and it is both interesting and a bit disheartening to see these once pristine cars all scuffed up and damaged after a race, reminding me that my aggressive and seldom effective driving style would be a real world migraine. Thankfully, this is not the real world.

The environments look detailed, things move at a nice, brist framerate that helps to make Forza look and feel very fast as well. 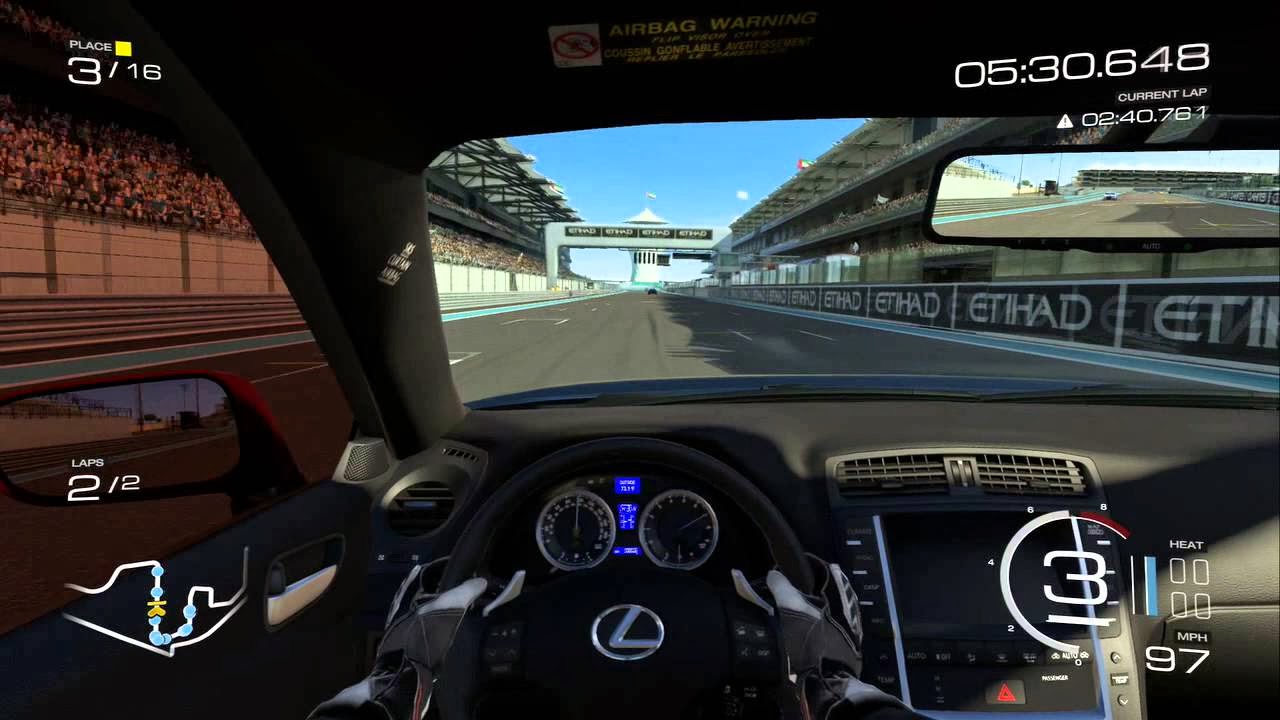 The music is utterly forgettable here. It is pleasant enough when you hear it, but it never really caught my interest either. My oldest daughter is a huge fan of the show Top Gear, and their hosts lend a lot of voice work to the game. It is interesting to hear them talking about cars I know nothing about (the game is educational I suppose!), but as someone who does not watch the show or dwell on car details a lot, a good deal of the information is probably lost on me. The sound effects are probably what fare best here, with grinding, bumping, roaring motors that do a good job of making you feel like you are in the race. The cars themselves handle fine, and as someone who is not great at racing games, I do appreciate that there are assist mechanisms to improve your handling. Races award credits when you are done, and driving without the assists gives you more credits, so there is a definite reward to be had here for being a more talented driver (like my wife). Still, i would rather have fewer credits and at least feel like I have a chance to win the race (a chance, not a guarantee by any means) than grow frustrated time and again while finishing in the lower half of the standings each time.

There is also a rewind button you can use in single player. This is nice because while it also charges you a penalty to your earned credits, it is nice to avoid a race-ruining pileup by going back several seconds and avoiding it on the second time around.

This next bit you could probably file under intangibles or gameplay, but the rumble feedback through the triggers is amazing. Microsoft touted this feature in its controller when talking about the Xbox One, but Forza Motorsport 5 makes the best use of this mechanic so far. Braking, rubbing and all other forms of impact actually work quite nicely with the rumble to make you feel like you have more control and more realistic feedback. 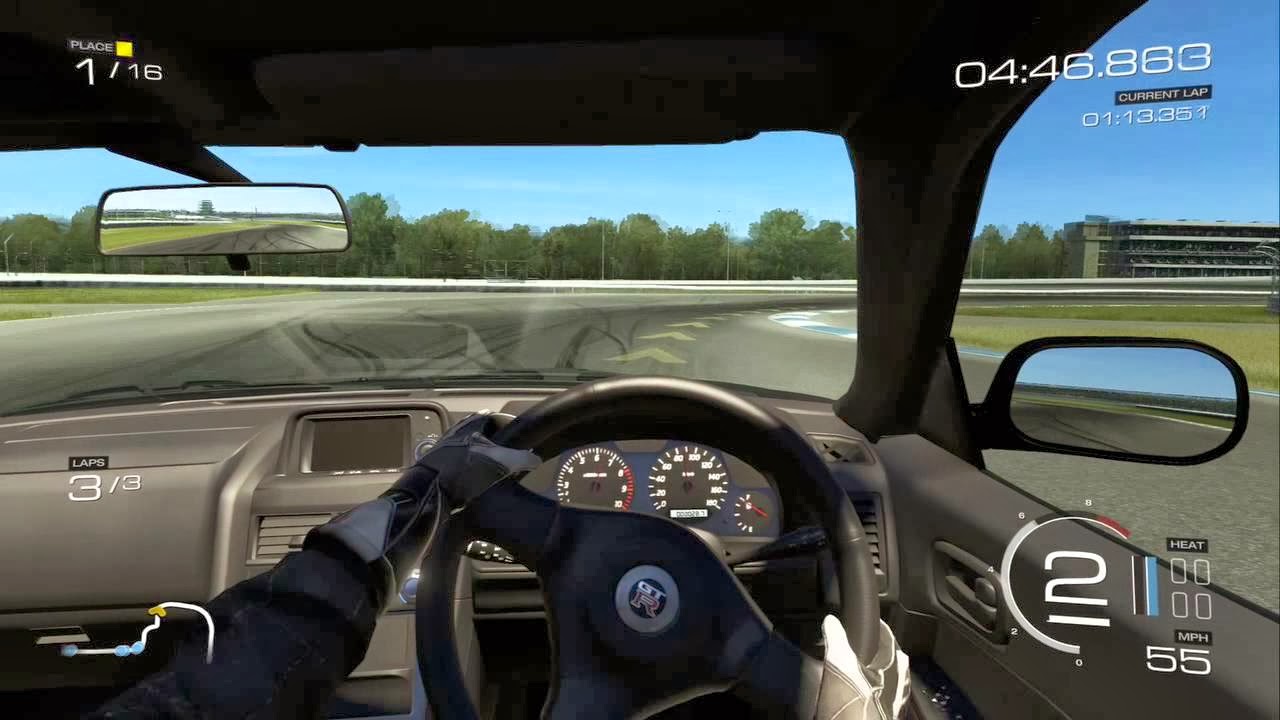 There are certainly racing games with more tracks and cars. Despite how pretty they all are, the lack of variety is a bit of a bummer. There is also a microtransaction system in place where you can buy credits, and with some of the achievements tied to things like purchasing insanely expensive cars, that can be a little bit grating. It is a sixty dollar game, and it feels like you have to put in weeks of time to just get one or two of the specific cars you might really want. These two things do hurt Forza’s value a bit.

One feature that is new is the Drivatar, which after a handful of races tries to pick up on your driving tendencies (for example, mine probably includes ramming into walls or other cars) so that when you are playing Forza, even just in single player mode, you see cars representing your friends that try to mimic their driving habits. I see my son’s car or a co-worker’s car and it is sort of fun jockying for position against them, even if it really is not ‘them’ controlling the vehicle. 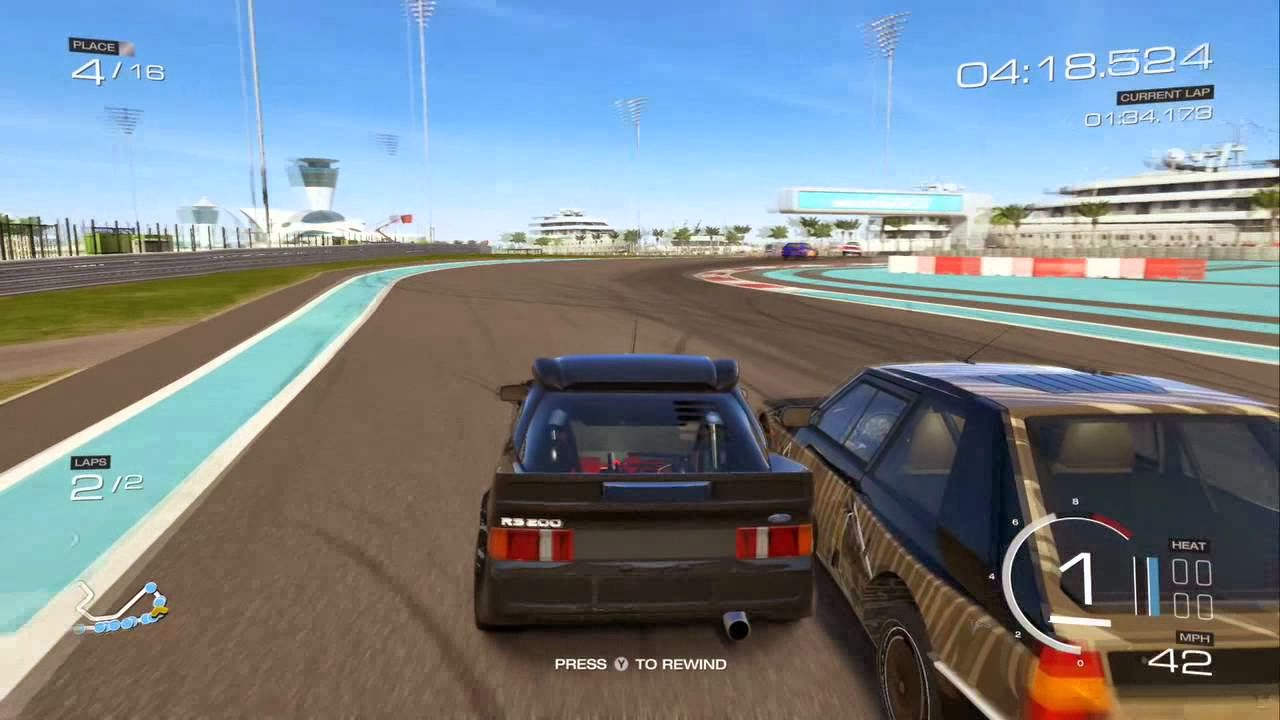 For me, the key is this: I find racing and platforming to be two of my least favorite video gaming genres. However, when they are done right – like Super Mario Bros. – I can enjoy them. Forza Motorsport 5 does it right. There is a lack of revolutionary new features, but the rumble feedback and Drivatar are certainly steps in the right direction, and the presentation – especially the visual one – is incredibly polished. It is unfortunate that a bit more content was not included, and the microtransaction system feels like a bit of a money grab at times, but overall Forza stands out as my favorite Xbox One title so far. 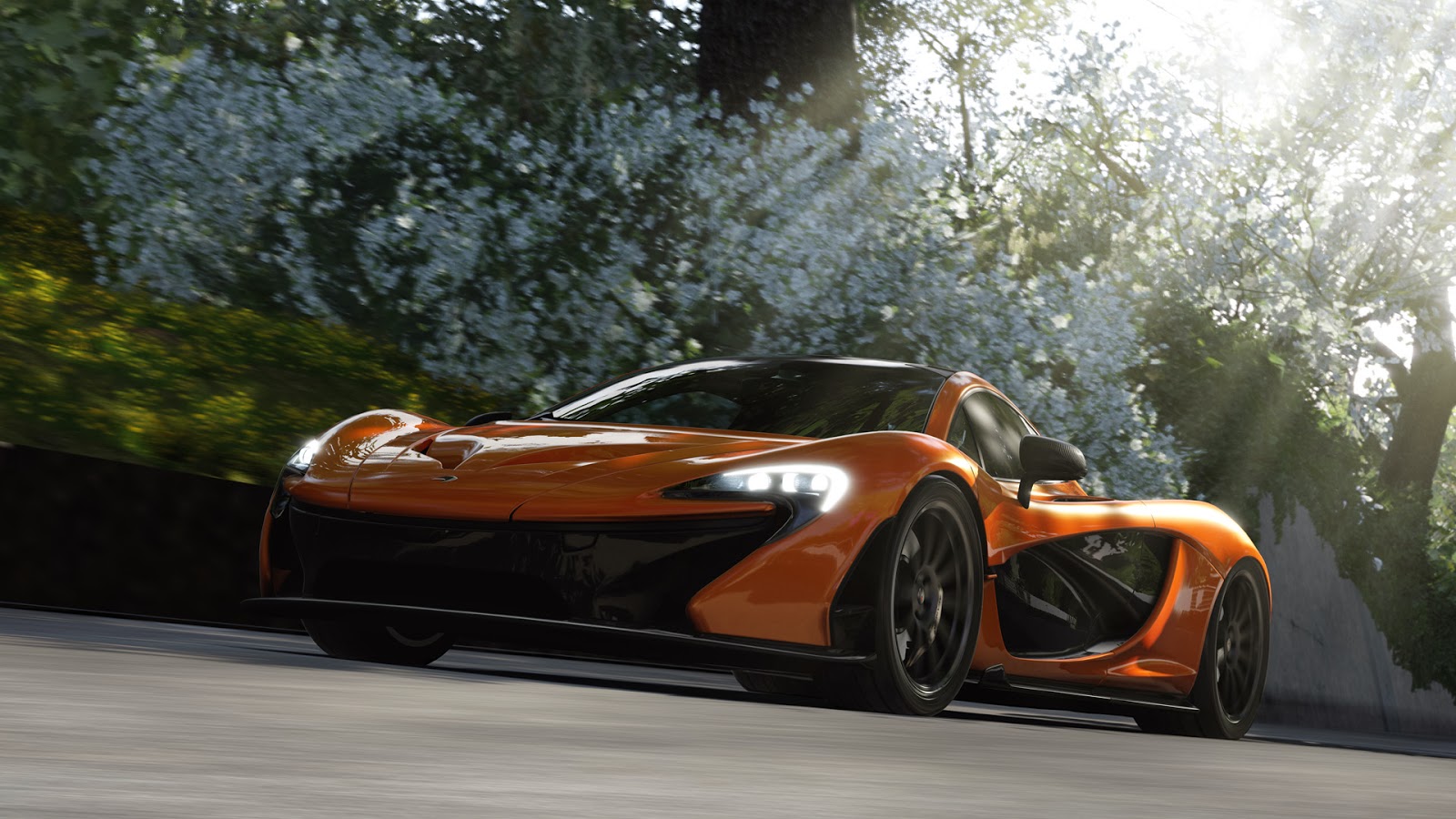