I have always been a big fan of racing games. I remember playing RC Pro Am and the original Top Gear as a kid and playing racing games always reminds me of those good old days. As games have evolved the racing genre has always been a solid set of games, giving gamers some of the most breathtaking visuals, amazing crash physics, and most in-depth racing simulations that one can find outside of actually heading to the track to tune your rides for the fastest time. Out of all the different types of racing, from the open-city sandbox style of Forza Horizon to the rally racing of Dirt, gamers have their pick of the type of racing games they can pick up. One of the most over-looked genres of racing is the superbike racing arena, fortunately MotoGP 14 sees that there is a lack of entries into the super bike racing field and tries to fill the void but does it? 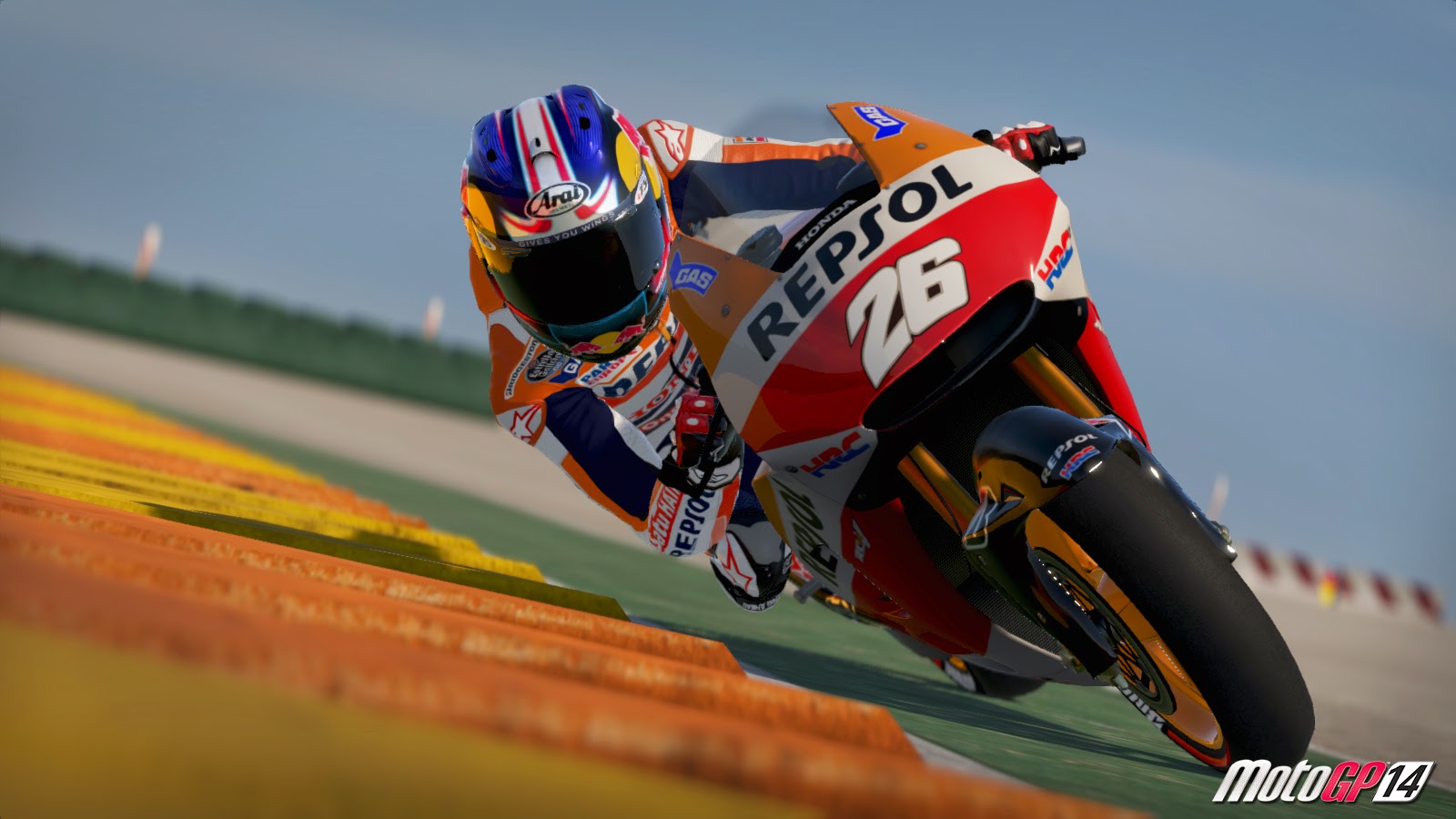 MotoGP 14 is similar to most other racing games as you start it up having some relatively upbeat and adrenaline-filled music with a menu that is backed by the real-life images of both courses and professional super bike racers. Honestly, navigating the menu was a dream and it felt like I was watching an ESPN piece on super bike racing. From simple instant races that will get you right into the action to joining a grand prix to managing your career, all options are quick and easy to get to. In order to jump right into the action I first fired up the instant race, chose a rider that contained fairly decent riding and maneuverability and chose a course.

Once the game loaded (load screens are minimal for a game that is relatively graphic-heavy) I was up and away racing to my heart’s content. Unfortunately though, I started the game up without my gamepad plugged in as a test and wanted to see how the game faired with just the keyboard and mouse. Much to my dismay, and after pressing every single key on the keyboard and pressing all 8 of my mouse buttons, I could not get my bike to move. Pressing Escape to open the menu up did not yield a controls section so I simply exited the game and plugged in my gamepad and restarted MotoGP 14. Fortunately after plugging in the gamepad and getting back into a game, I was able to finally race. 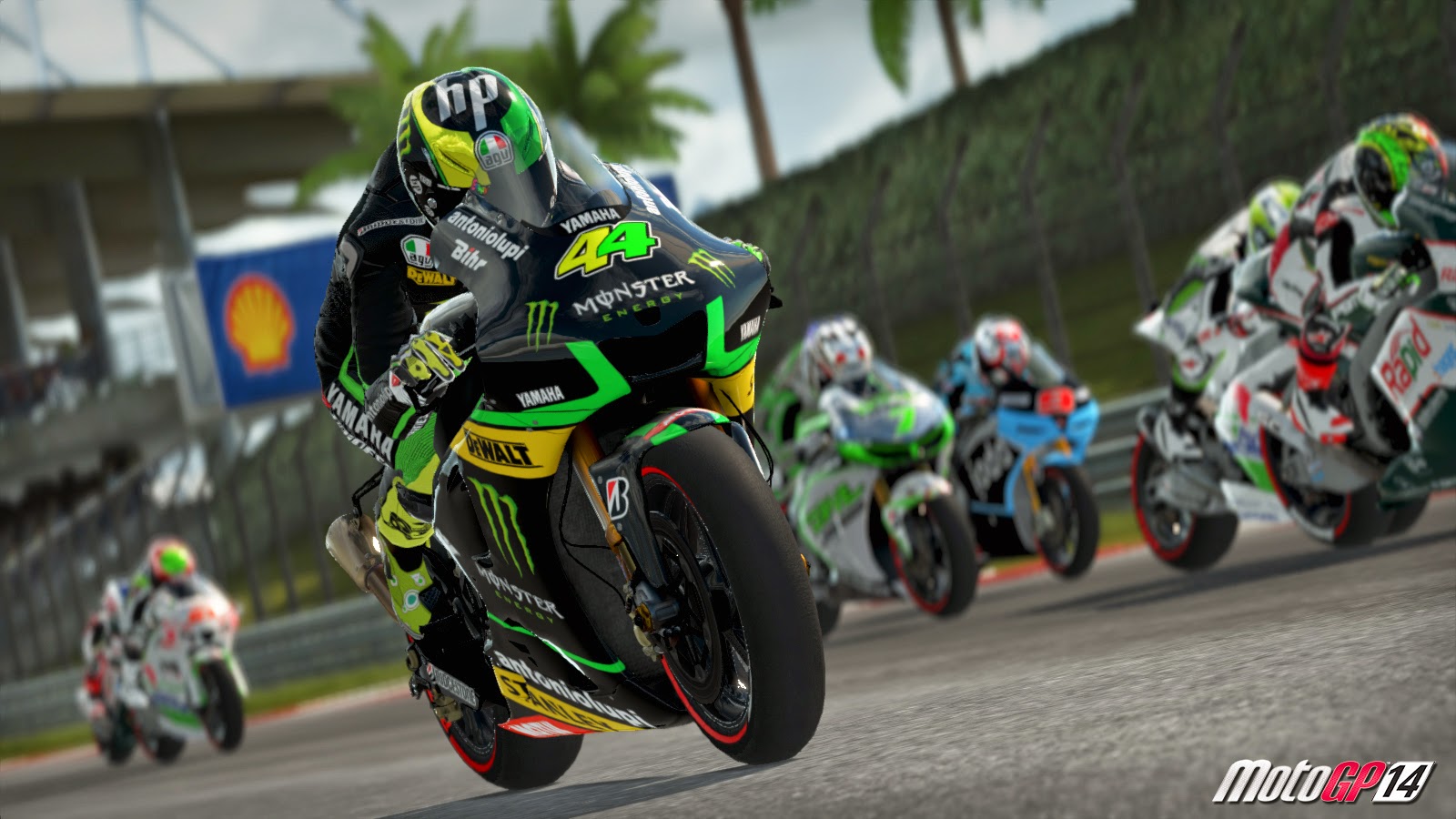 As I was whipping through any of the numerous tracks I did notice that the controls feel very sluggish. Super bikes are known for being nimble and speedy but the agility seems to have been completely forgotten for a sense of speed and more often than not I was riding in third gear just to make most of the turns throughout any of the courses. When you try to corner, if you are moving anywhere near top speed you will immediately roll the bike and take a dive.

The resulting animation, while somewhat jarring to see as your ride rolls over the bike, is completely laughable. There are times when driving straight into a wall or hitting another bike where your bike will simply disappear and your ride will stumble over, pick himself back up and then the bike will suddenly reappear as you attempt to get back on and get to racing once more. The breaking is near non-existent on the bikes so you need to learn to let up on the gas as early as possible as you approach some of the hairpin turns and missing the track is a recipe for a wipeout.

The different bikes and track sounds are decent, with screaming fans and pumping music accompanying the high-pitched whine of the bikes as you zip along the tracks. On one hand the audio is the best single best feature of the game, with the different bikes sounding slightly different and the soundtrack being one that you would find on a sports highlight real. On the other hand, though, the audio is just passable and not as memorable as some of the racing greats like the Forza series of the Gran Turismo series; while passable it is simply forgettable. 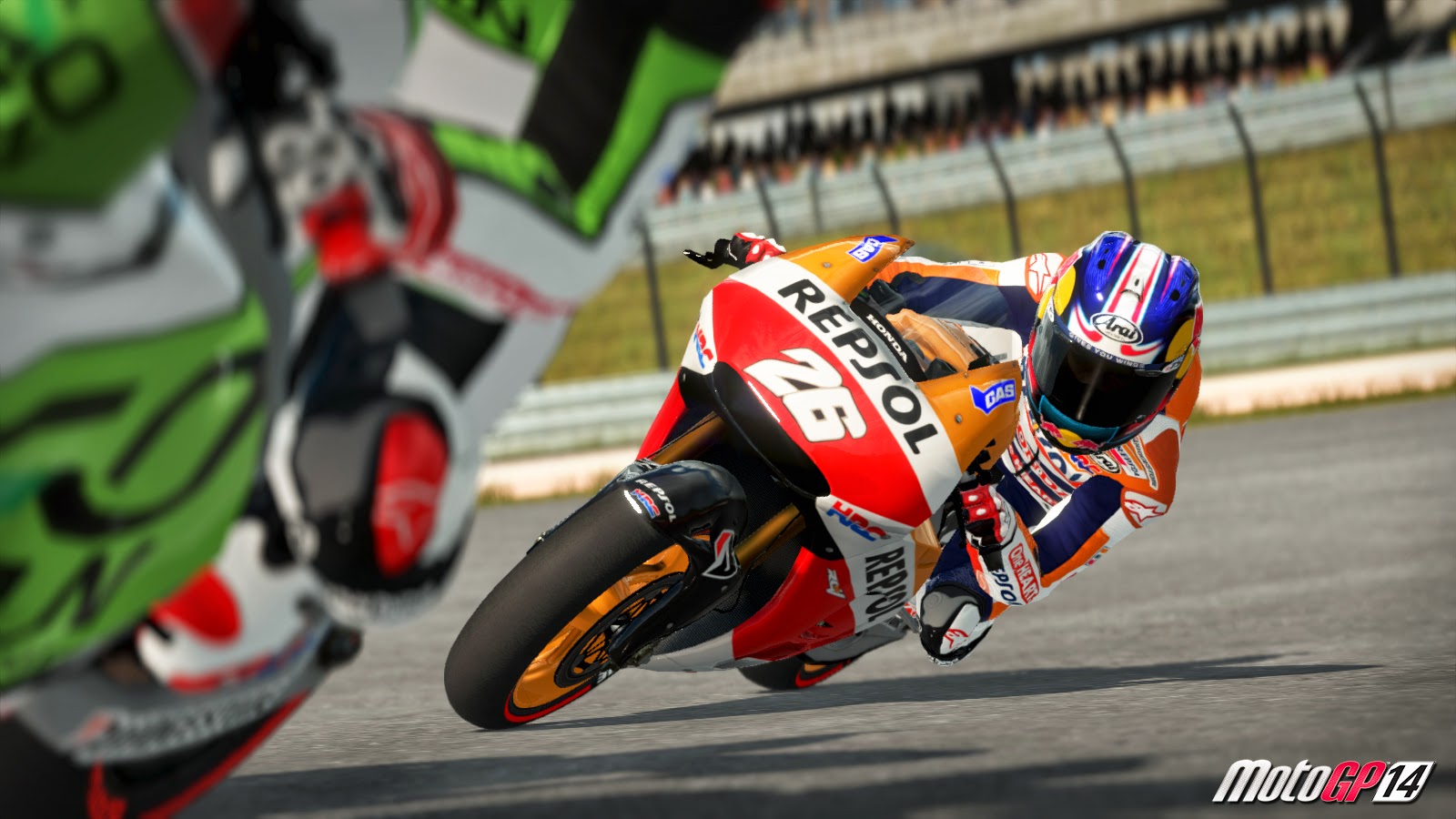 The career mode and grand prix mode are as you would expect; you join in and begin managing your career over a course of a season and can continue on in a persistent racing career. The mode is fairly standard and doesn’t bring anything new to the table and the above mentioned control issues contributing to the Career mode being more of a chore. With some tweaking of the controls, the career mode could be quite solid on a gameplay mode, but beyond that, the mode does not bring anything more to the table beyond any other sports game’s career mode.

Graphically MotoGP is a mixed bag; the riders and bikes are both animated and modeled quite well which works in contrast to the fairly boring tracks. Some of the background vistas are very clean and nice to look at however, the surface and the sidelines of the track feel lackluster and do not have anywhere near the polish that the bikes themselves received. This leads to a look that feels almost like the drivers are on a poorly pre-rendered background and at times it felt like I was racing along on a track that would look right at home on an early Playstation 3 or Xbox 360 racing game. Unfortunately the graphical break between the racers and the track is off-putting and can does not lend itself well to being an immersive experience. 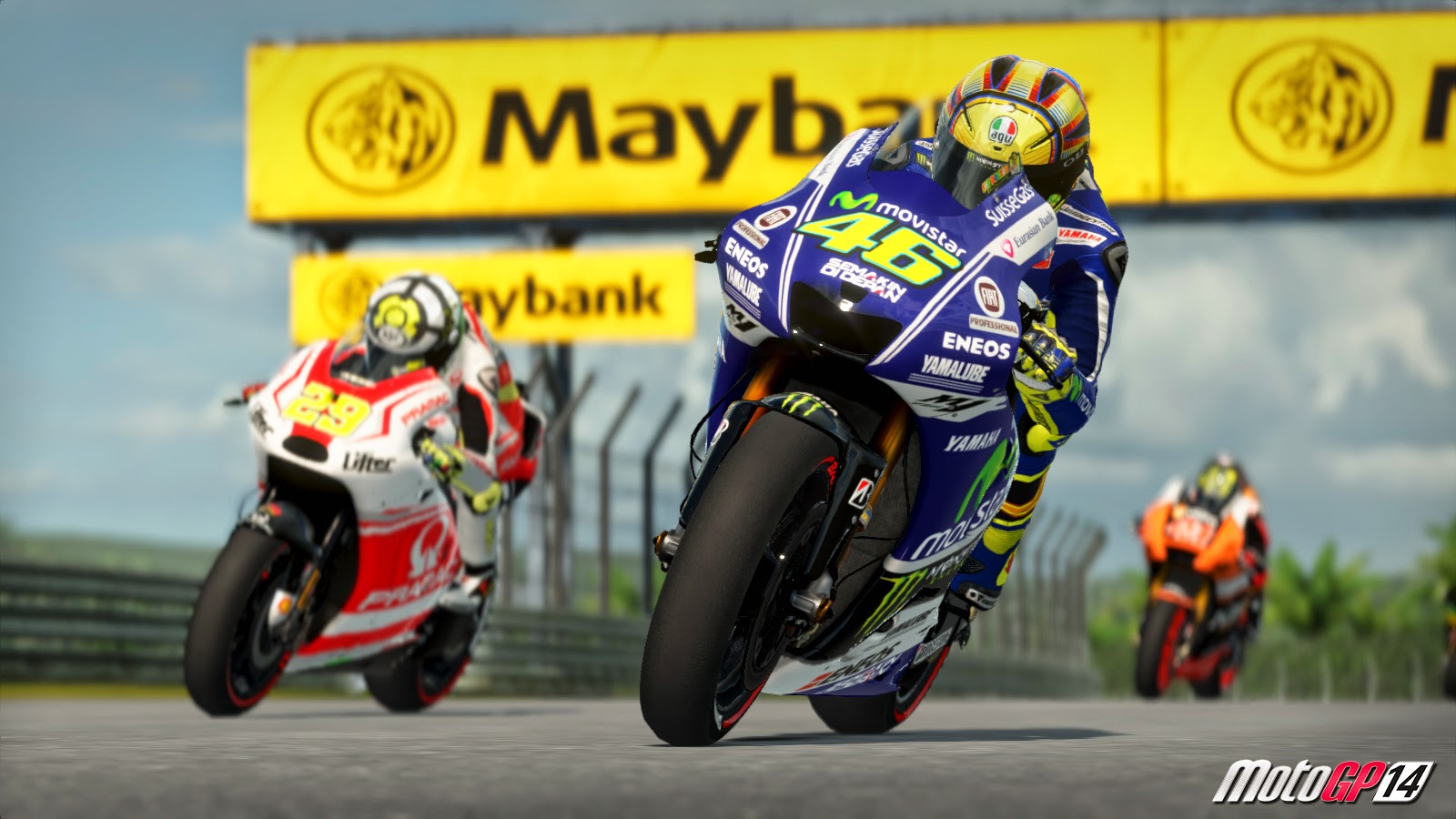 With the longstanding love I have of racing games in general, I was overjoyed at the possibility of reviewing MotoGP 14 and when I fired it up I was still excited to play it. Even now, after spending hours whipping around the track on a superbike and experiencing tired animations and relatively dull tracks, I am still compelled to play the game. Yes there are control issues and yes the animations could be more varied, yes the tracks could have had a bit more polish, but MotoGP 14 set out to be a superbike racing game and it certainly delivers in that respect.

Minus those items I listed, MotoGP 14 should be in any racing fan’s library of games and for any of those gaming gearheads out there that are craving a good super bike racing game, I urge to pick up MotoGP 14 and look past the average cosmetics and look at the core gameplay as MotoGP 14 will deliver. Hopefully with future updates (or modding), higher resolution images and the ability to tweak the controls more to your liking will be added and if that were the case, MotoGP 14 would be a solid contender for other racers out there.