comments Share
You are reading
Stick it to The Man! – PS4 Review

TagsPS4 Review, Sony PlayStation 4, Stick it to the Man!, Zoink!

Stick it to The Man! is an interesting title in that it attempts to be very funny and helps accentuate that sense of humor with over-the-top cartoon visuals and ridiculous characters and circumstances. The premise is interesting, but in the end what could have been a really interesting take on the platforming genre becomes repetitive and a bit underwhelming. 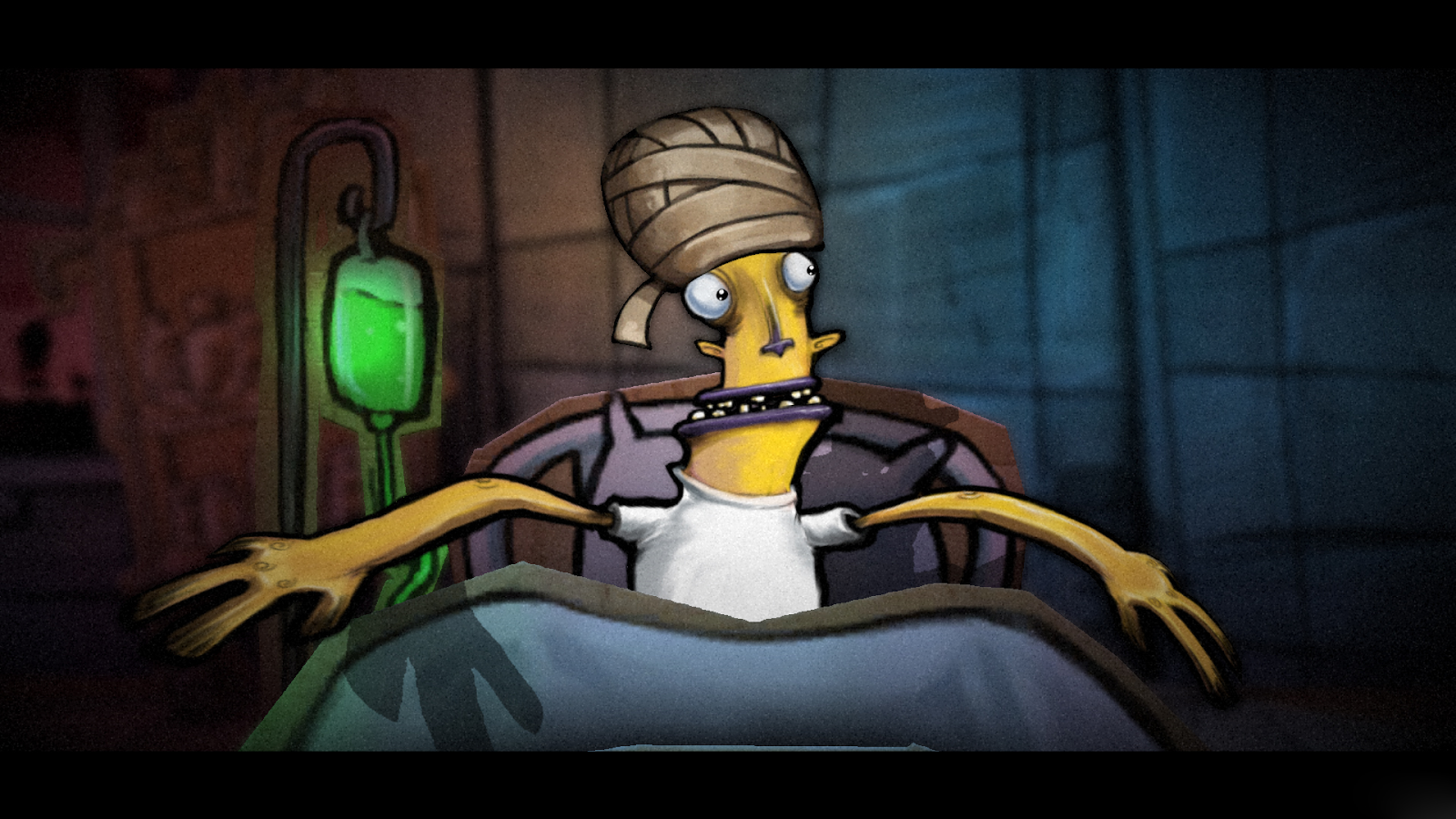 Ray lives in a world of stickers and paper, and he is our protagonist here. He has an accident that causes him to have some sort of a telepathic ‘arm’ that sticks out of his head (that no one else can apparently see), that allows him to read the thoughts of others, interact with the environment and more. There is a mix of platforming and puzzling here that works well initially, but does not offer up a lot of variety the deeper you dig into the game. 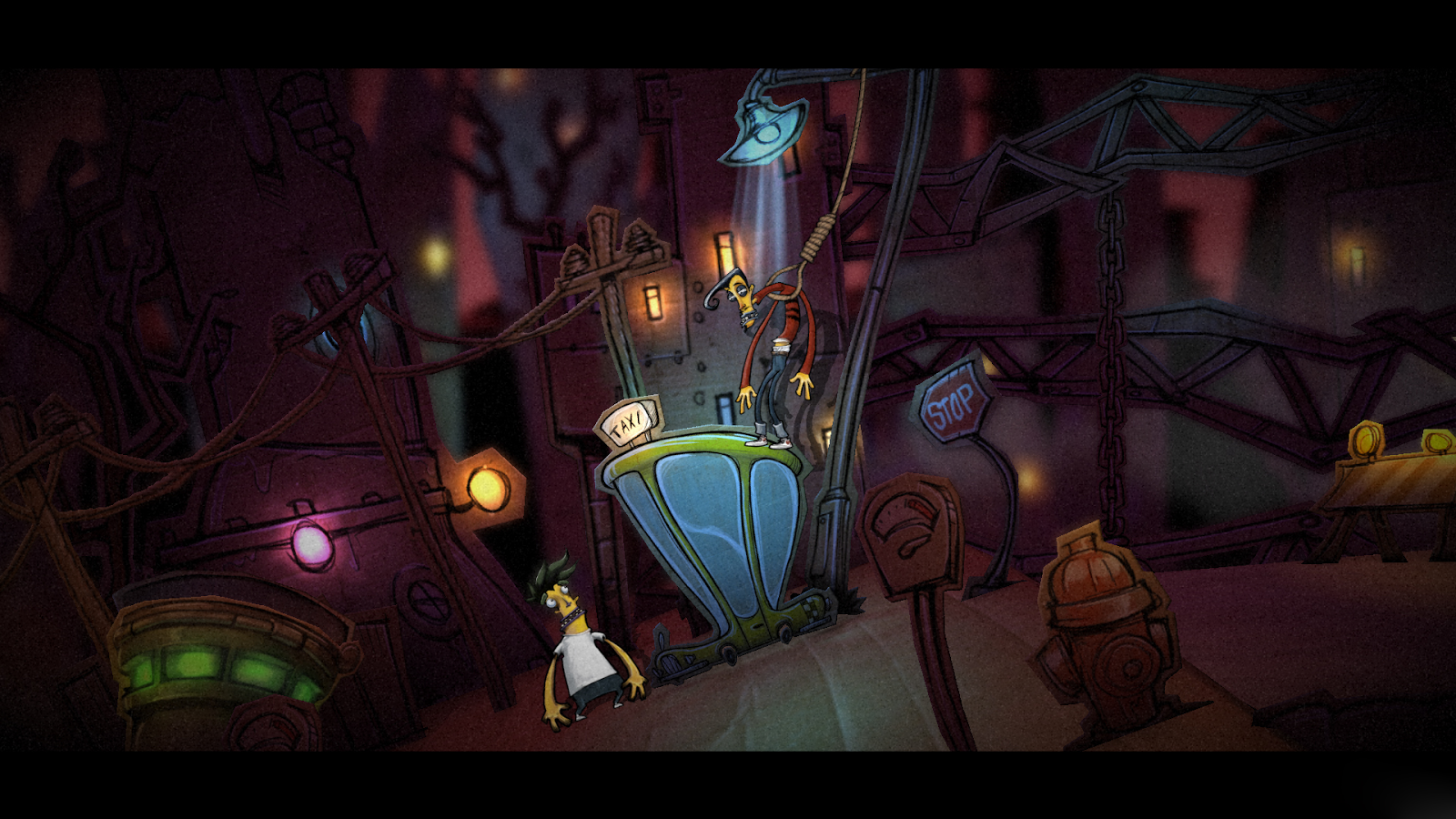 Visually I had a blast with Stick it to The Man! The art style reminds me of a demented Simpsons, with colorful characters and a sort of 2D world made out of paper and stickers. The environments are actually pretty detailed, and while the character are clearly 2D, and the world is a flat 2D representation, the development team does a nice job of adding depth to some of the platforms as you move in and around the environment. The animation is the biggest knocking point, with characters generally quite limited in their movements, and the cutscenes nothing particularly special. 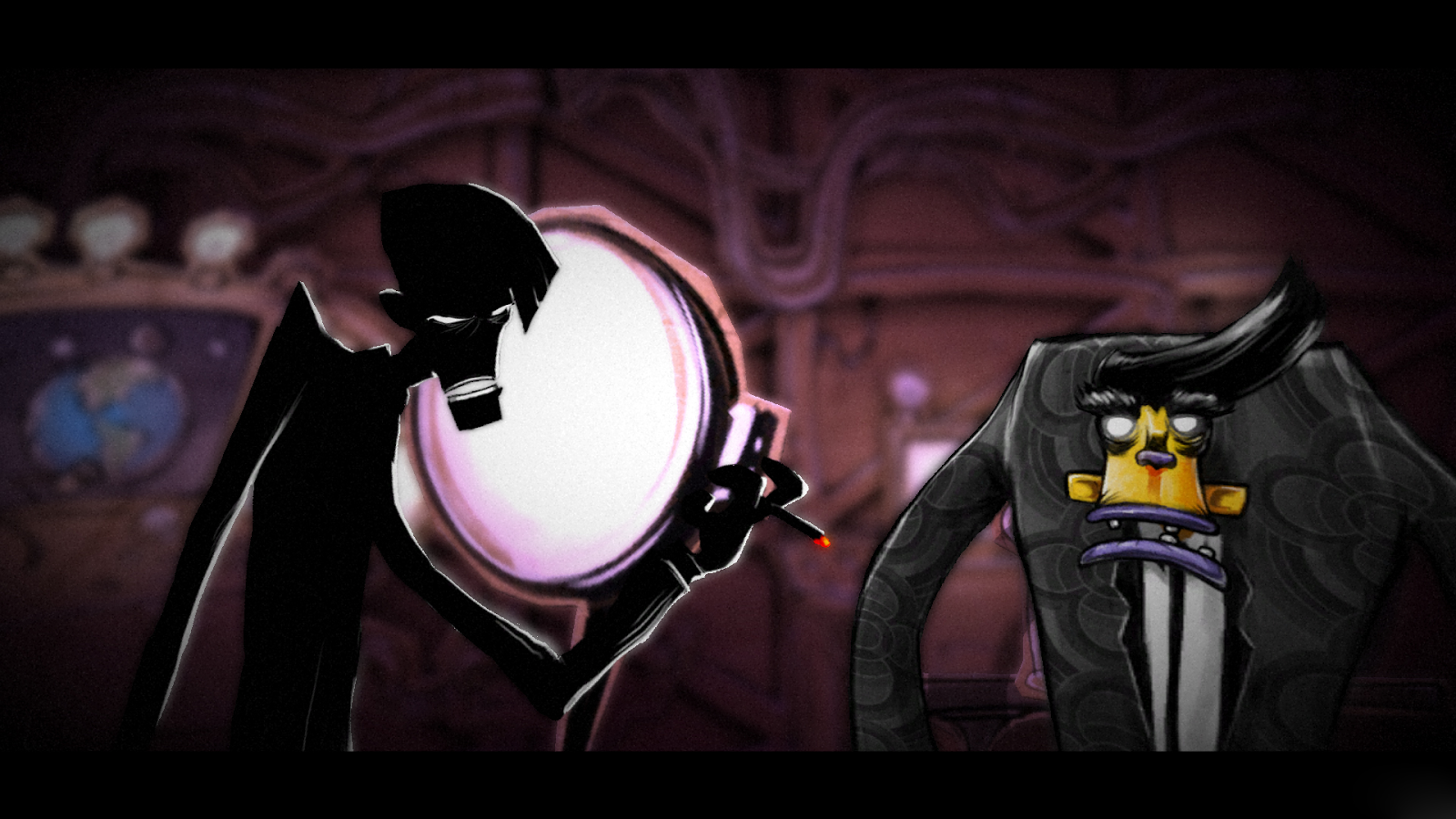 So, the music is just sort of there. It did not impress me, it did not annoy me – it never really felt out of place, but the soundtrack never really made me feel like I was ‘in the moment’ while playing either. The voice acting is also pretty hit or miss. The characters are supposed to over-the-top and intentionally silly, but a handful of them were borderline grating as well. Thankfully these ones were in the minority, but I found myself wanting to fast forward through their conversations (which is a handy option that you do have at your disposal). Platforming games are really not my favorite, but sometimes they just feel right (Mario and Rayman games come to mind). Sometimes Ray felt a bit clumsy moving around the environment. Thankfully plentiful checkpoints kept the action progressing, even when annoying agents pinned and beat the tar out of me along the way. The game has a much slower pace than most platformers, largely because you have to stop and read the thoughts of others and try to solve puzzles. For me this created a somewhat disjointed feeling that just never meshed for me the way similarly structured games like Max: The Curse of Brotherhood did on Xbox One. 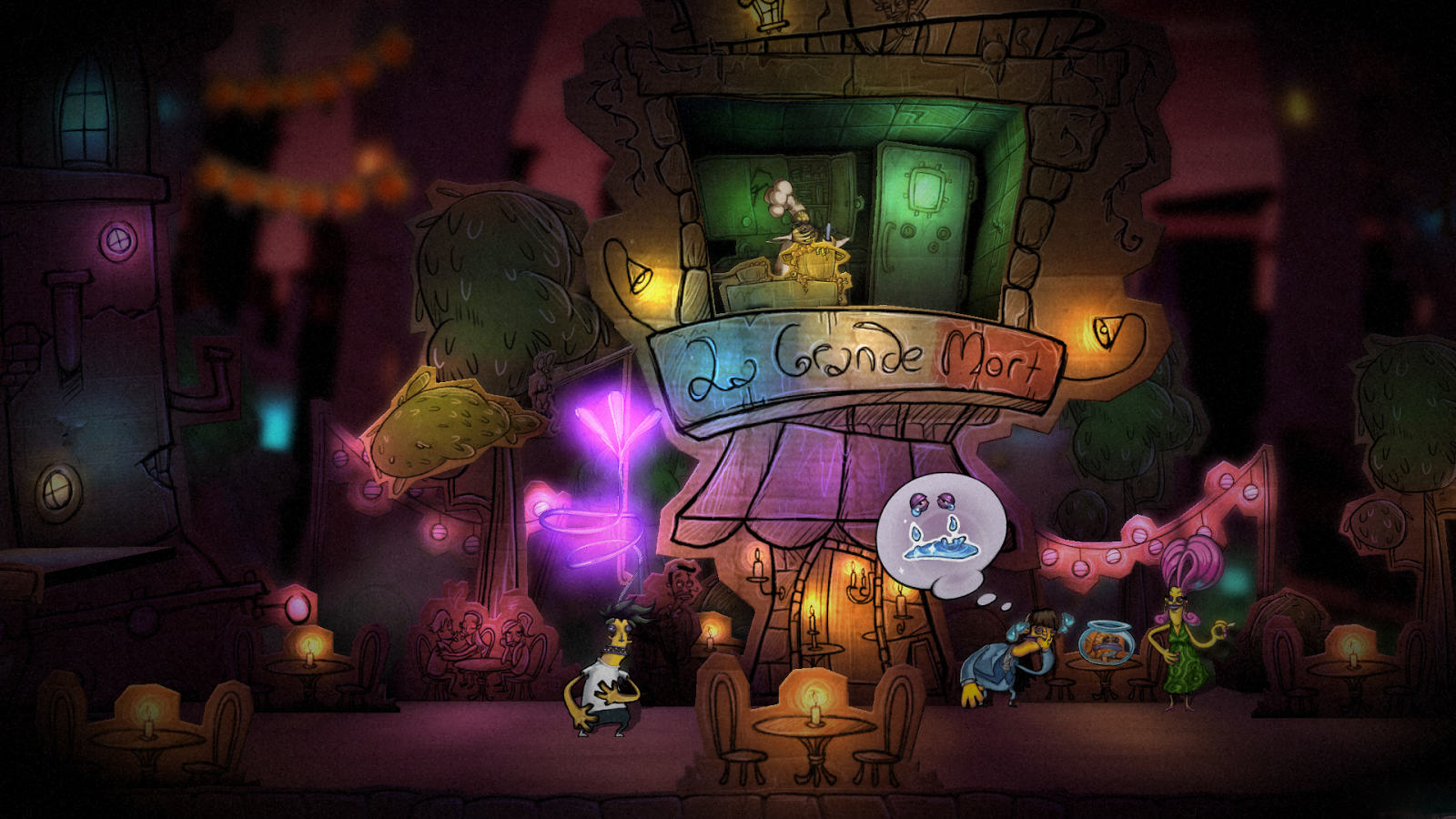 Stick it to The Man! is not a terribly long game, but I am alright with that. With so little variety in the types of puzzles and platforming, it would have overstayed its welcome with me had it been significantly longer. The use of the touchpad on the PlayStation 4 controller was a nice touch, and at least early on the use of the telepathic arm is charming and unique (if sometimes imprecise). However, after about the midway point, you have pretty much seen almost all of the tricks Stick it to The Man! has to offer. You are reading peoples’ minds, running fetch quests and basically plugging specific items into specific places to advance to the next puzzle. 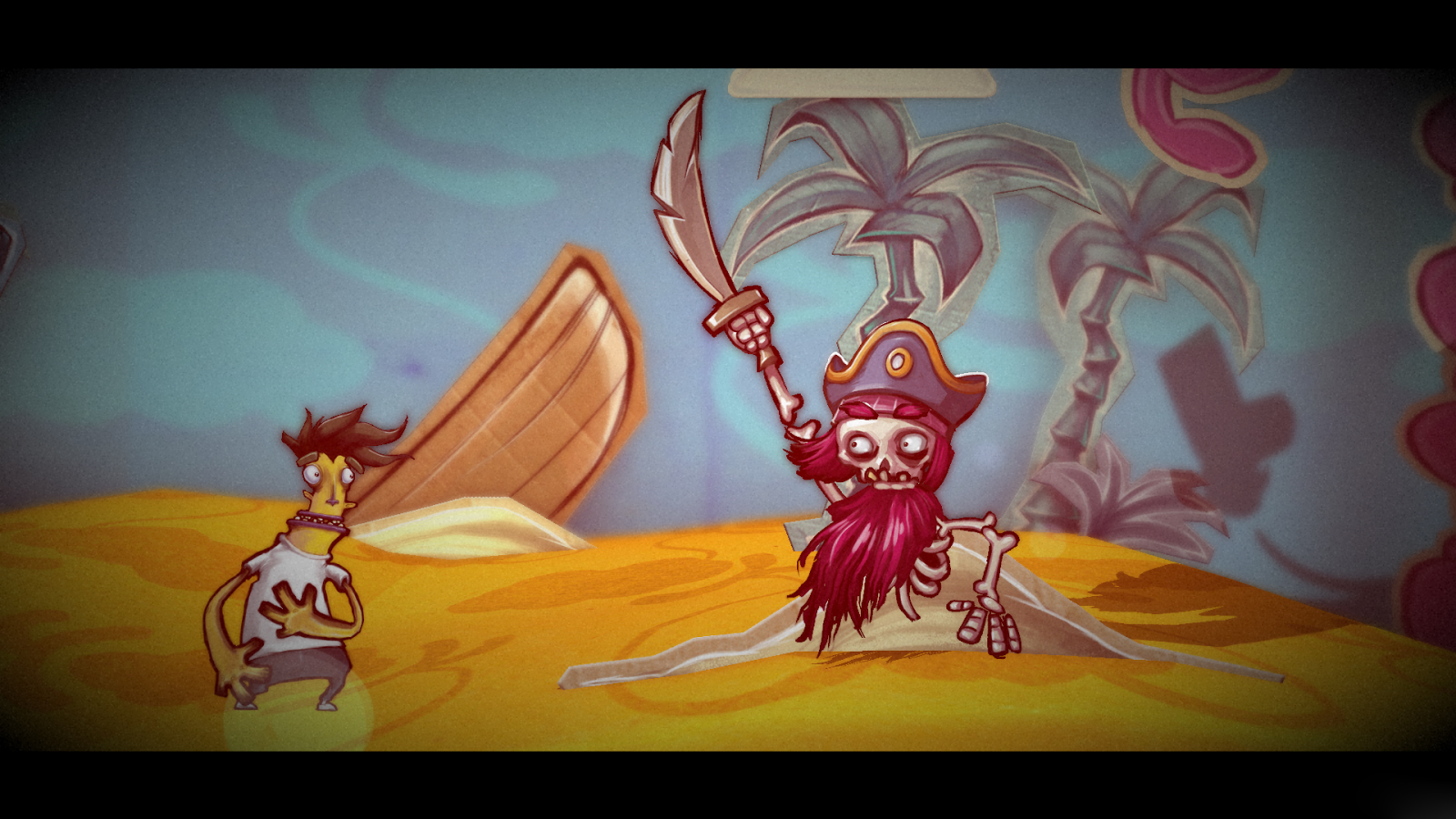 In the end Stick it to The Man! is amusing in its presentation, but it falls just a bit flat in its execution. The bumbling protagonist and zany setting combined with some unique mechanics early on certain warrant a play – which is good since it is a freebie on the PlayStation 4 store currently. That being said, the game’s structure really does not evolve much after a certain point and I found myself looking forward to the end more because I was ready for it to be over with than because I was compelled to see how the story concluded.