I have personally been a huge fan of almost every set of tables Zen Studios has released for their Zen Pinball series, and while I have basked in plenty of Marvel and Star Wars characters over the last two years, their newest collaboration also sounds like it could be a good deal of fun. 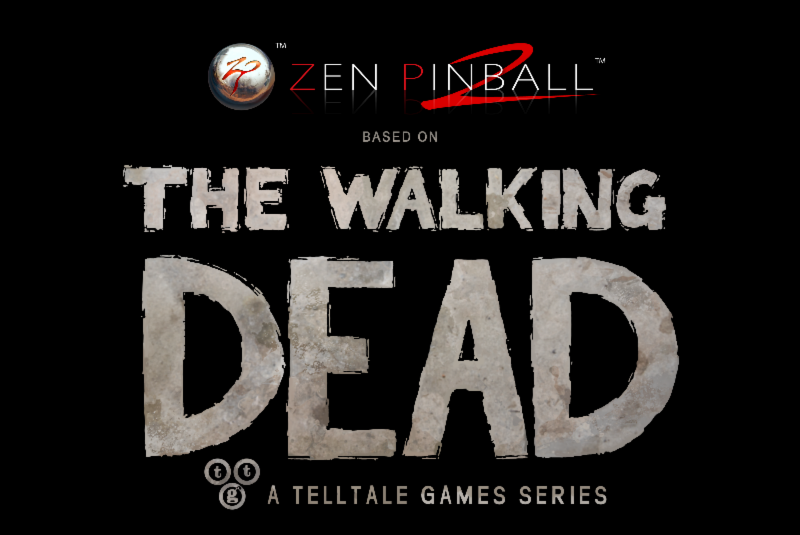 The pinball masters at Zen Studios have partnered with leading developer of digital entertainment Telltale Games and Robert Kirkman, the Eisner Award-winning creator and writer of The Walking Dead for his Skybound imprint at Image Comics, to create an all-new digital pinball table based on the award-winning The Walking Dead game series, continuing an age-old tradition in celebrating some of the biggest icons in entertainment on the classic pinball playfield.

A true collaborative effort, both Zen and Telltale have worked together on each detail of the table design, sharing ideas and fusing their passion to bring the story and choice-driven gameplay of The Walking Dead: Season One journey to the playfield. Touring locations from Clementine’s treehouse and Everett’s pharmacy in Macon, all the way down the tracks to the walker-infested streets of Savannah, players will find an authentic tour of Season One capturing the peril and drama of Lee and Clementine’s story.

“Zen Studios is a huge admirer of Telltale Games, and we truly cherish the opportunity to work with such amazing visionaries,” said Mel Kirk, Vice President of Publishing at Zen Studios. “Working with Telltale’s The Walking Dead is a hallmark moment as we continue our quest to create the most memorable and authentic pinball experiences.”

The Walking Dead Pinball table features choice-driven gameplay across each of Season One’s five episodes, along with original story dialogue from the award-winning cast.  Scenarios include choosing who to save and who to leave behind in a walker attack, solving problems and keeping up morale within the group, searching for food and supplies, acquiring important tools, and navigating through the herd amidst an oncoming walker breach.

“Zen knocked it out of the park with their interpretation Telltale’s first season of The Walking Dead as a pinball table,” said Steve Allison, SVP of Publishing at Telltale Games. “Players once again get to step into the shoes of Lee Everett and protect Clementine as all the major events of season one play a role in the first ever pinball game that features choice and consequence gameplay.”

The Walking Dead Pinball table will be demonstrated at this year’s E3 Electronic Entertainment Expo, and those in attendance can get a sneak peek hands on at Telltale’s booth in the Concourse Hall.

The Walking Dead Pinball table will be available for download later this summer on Zen Studios pinball platforms across console, PC, and mobile stores.