The Whispered World Special Edition by Daedalic Entertainment puts you in the role of Sadwick, a rather depressed clown, and your adventures starts as Sadwick begins his quest to determine the meaning of his recurring nightmares. Through your point-and-click adventure, you will visit all manner beautifully crafted locations. From the simply yet colorful caravan that you start out at, to stunning castles and creepy dilapidated shacks, your journey will take you across the world. With the fate of the world hanging in the balance, will the unusual hero Sadwick have what it takes to save this fantastical world? 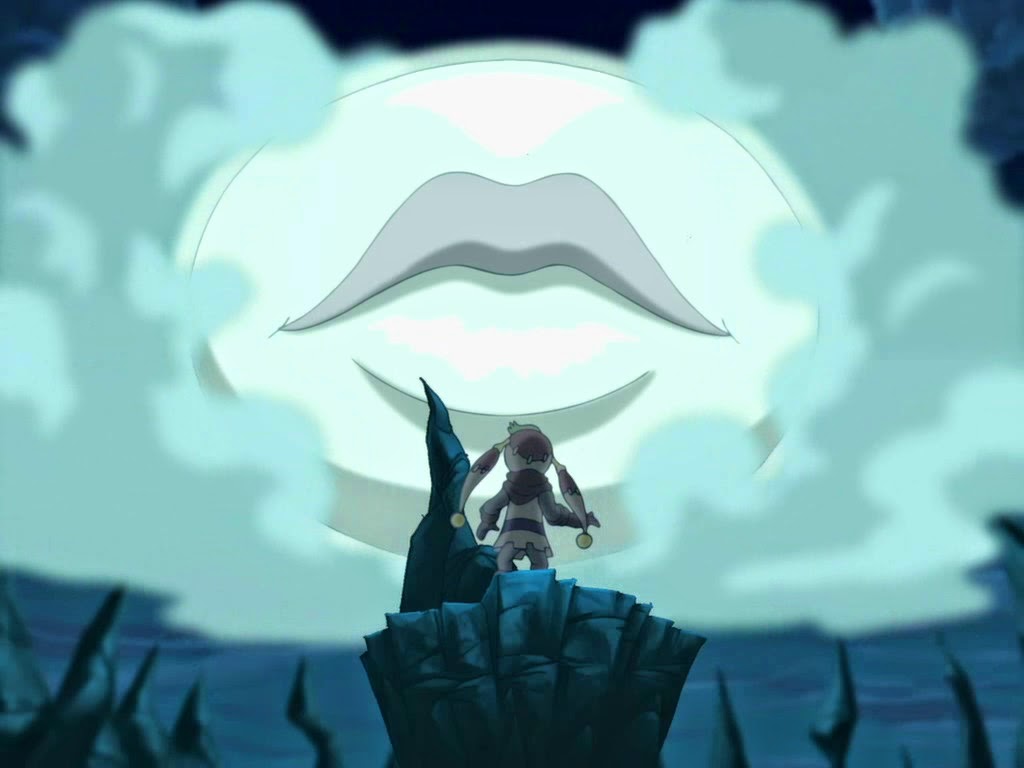 In reality, my initial impressions were poor. When I loaded up the game on my desktop the game would get stuck in the tutorial section. After completing the initial tasks you are supposed to be able to leave Sadwick’s room but every single time I tried, Sadwick would simply say “Not right now.” After about a dozen restarts of the game I simply gave up and installed The Whispered World: Special Edition on my laptop. Fortunately the game worked as expected so I am chalking it up to something on the desktop that was causing the problem.

The graphics or rather art, true to Daedalic’s style,  is stunning; beautiful hand-painted backgrounds and clean animation rank this game up there with The Dark Eye: Chains of Satinav and Deponia (two graphically amazing games). For those of you out there that are, like me, big Studio Ghibli / Miyazaki Hayao fans you will see their influence in every aspect of The Whispered World. If you play with the developer’s comments on and you listen to them, they even mention that the inspiration came from Miyazaki-san’s style of artwork. Rather than appearing to be a poor-quality copy of the venerable artwork of Studio Ghibli, every screen in The Whispered World is a loving homage to their inspiration and the screens are very well done. 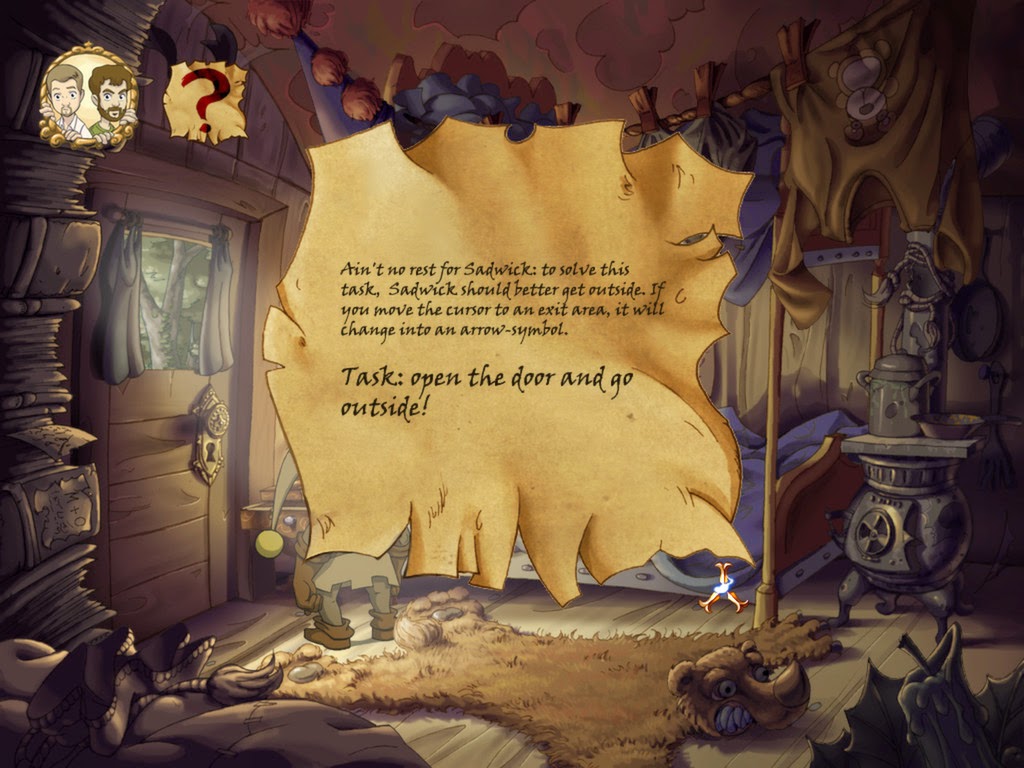 The gameplay is your standard run of the mill point-and-click adventure and contains both simple puzzles, dialog choices, and some intriguing / challenging puzzles. For the most part, the game is relatively easy, however like most Daedalic games they focus on the story. True to their style, from the start to the end of the journey, you will grow to care for the characters involved and the story will touch you. While not as touching and deep as, say, The Dark Eye: Chains of Satinav, The Whispered World is still a loving world with interesting characters and just the right amount of humor that puts it in my top favorites from the studio (which is saying a lot, given how amazing their games are).

The biggest issue I came across (outside of the strange inability to play it on my desktop), was the audio. There were numerous times throughout the game that the voice-over for the characters would skip and jump, causing me to occasionally miss out on entire sentences. While not terrible, since you can simply repeat the dialog option that the spoken sentence was a part of, it was still enough of an issue that I feel it was important to mention. Beyond the odd skipping issue (which even on the Desktop in the first level that I couldn’t escape), the voice over is excellently done and the music is quite amazing and never once got to be annoying or distracting. 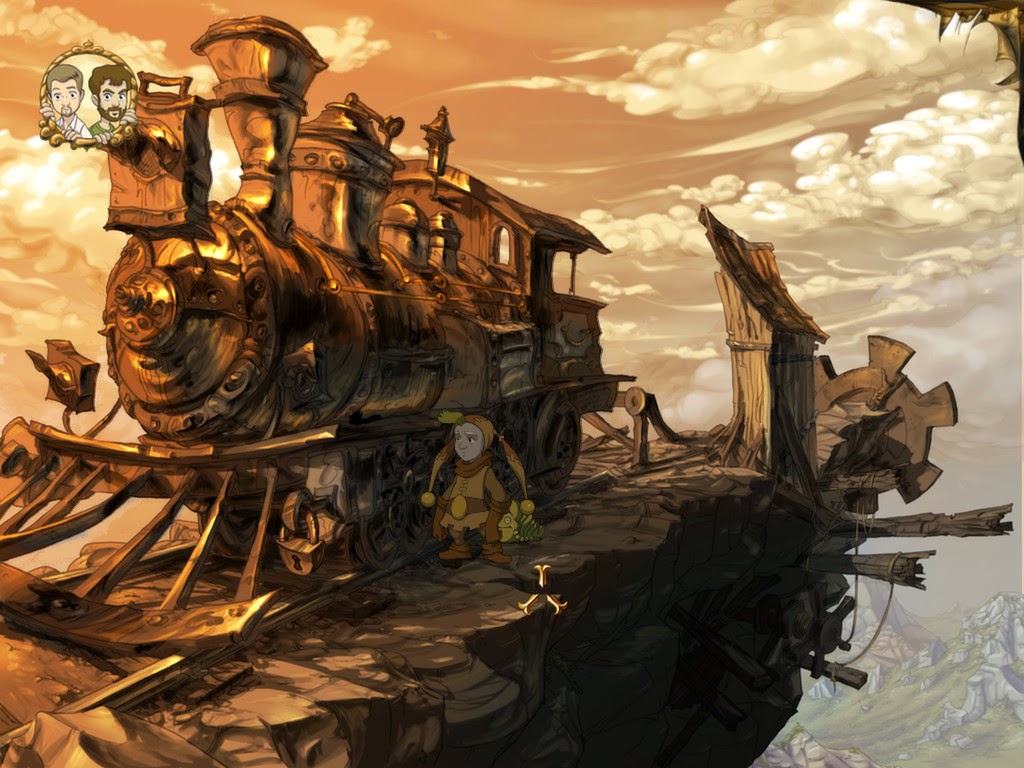 All in all, The Whispered World is the touching story of Sadwick as he is on his quest to address his own demons and is a must-have for any fan of point-and-click adventures. Beyond the odd issue on the desktop (which I am not blaming the developers for) and the strange skipping audio, The Whispered World is just as top-notch as other Daedalic offerings.