Supreme Ruler 1936 is an intense, history-heavy combat simulator that our reviewer Marc spent a good deal of time with before writing up his final thoughts. Now that the game is out, there have been some notable updates, and as a result, Marc spent some more time with the game and wanted to share his revised thoughts. 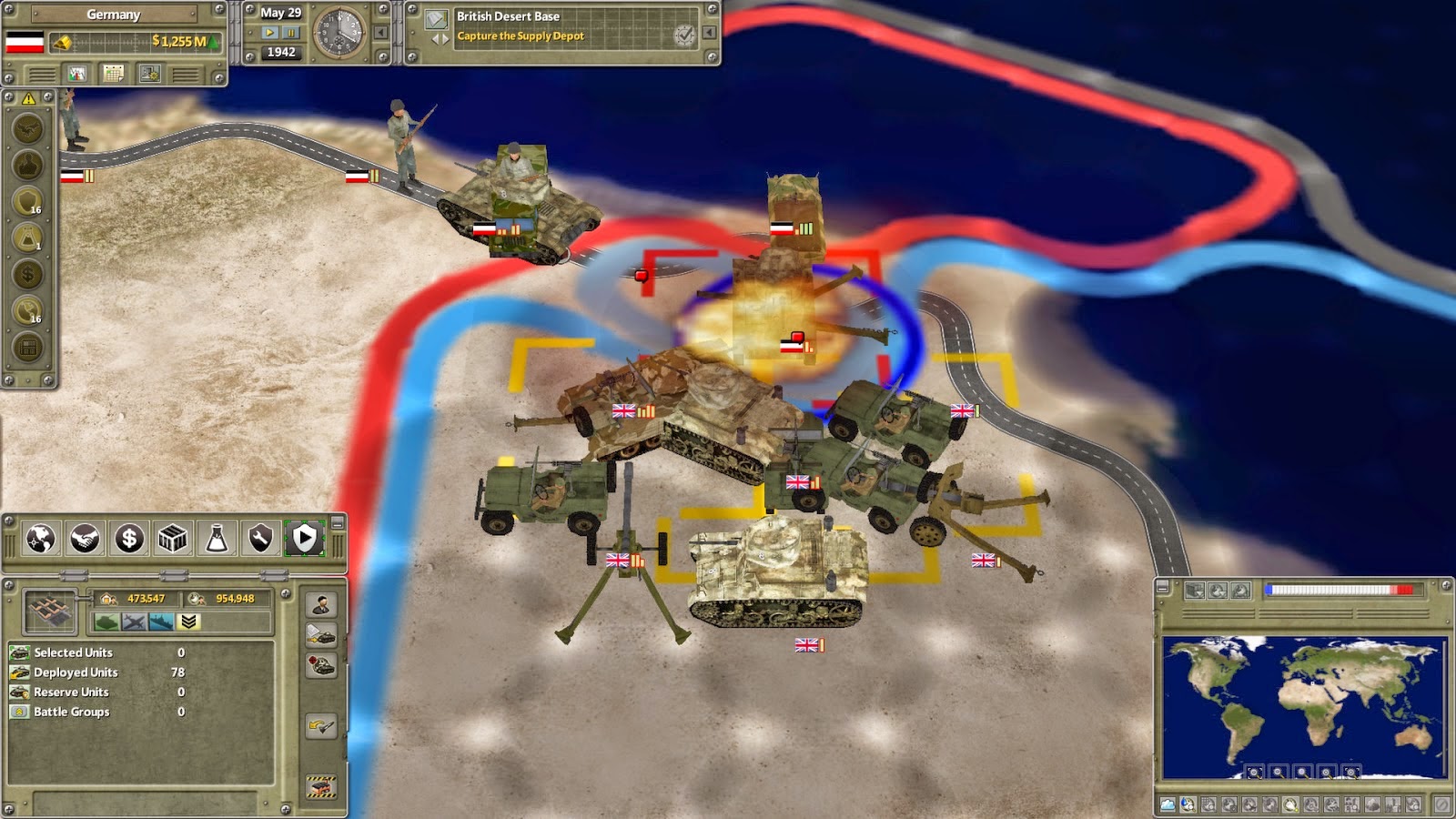 Here was what he had to say:

The preceding review was completed based on a version of the game that
was a pre-launch state of the game. With a turnaround time that would
put larger companies to shame, BattleGoat has released a fairly
substantial feeling update to this title. The pdf manual contains a lot
more information than it used to, for starters, and marks one of the few
times, in recent recollection, that a user will benefit from actually
giving it a skim before launching the software. Some additional tooltips
added to the interface helps make it somewhat more usable, which yields
a positive result to both the visual appeal and to the overall gameplay
experience.


The game as it exists now is a somewhat more polished version of the
game, polished enough that I would readily improve the gameplay and
graphic rating that I gave, and bring the overall up to a 7. BattleGoat
studios is still working to revise their software even further, and if
the tutorial was fleshed out a bit more to handle luddites like myself, I
would unreservedly recommend this title to any strategy gamer that
wants intense depth and would like to attempt to micromanage the
entirety of the world’s conquest.

And in case you missed it the first time, here is the review in full.