Concursion really wants to do something different, as it visual style and gameplay could be seen as a love letter to anyone who has ever had multiple ideas for a video game, and was not entirely sure which direction to take things. Starting off, Concursion plays like a simple platformer as the player goes on a journey told through a fairly simple story of Hero trying to rescue the Princess. The gameplay soon shows itself to be more than just a platformer as the hero has to work his way through a variety of stages within each Act. Throughout this journey the player encounters different rifts that not only change the visuals, but also mixes up the gameplay elements, such as new abilities and health gauges. This creates a game that provides pleasantly diverse graphics and gameplay. 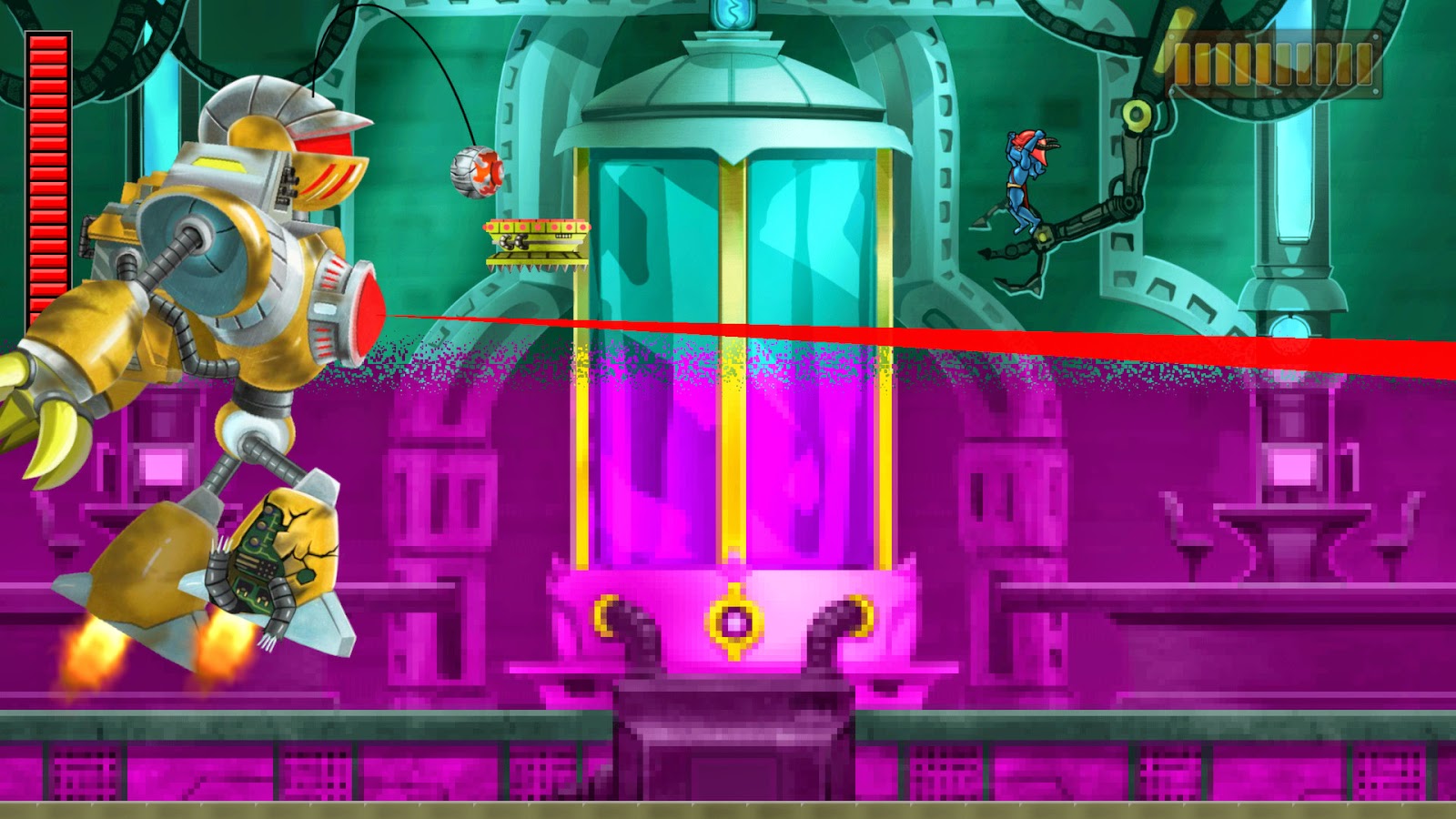 Since the main character runs through various different worlds due to the rifts within each level, the makers took the time to change the looks and effects of each. These changes can be anything from just going from glossy to matte or completely switching up the color pallets. Not all of these changes are drastic, but they allow each of these world rifts to feel like it’s own entity. Utilizing these different elements keeps the pacing a bit faster as there is never that sense of familiarity that can often take place when a platformer has multiple stages within multiple acts.

In the beginning, things are relatively simple since the Hero only has the ability to run and jump through and around the various obstacles. The player should be very careful as the Hero may only take two hits before perishing. Once the rifts are appearing the Hero can become: 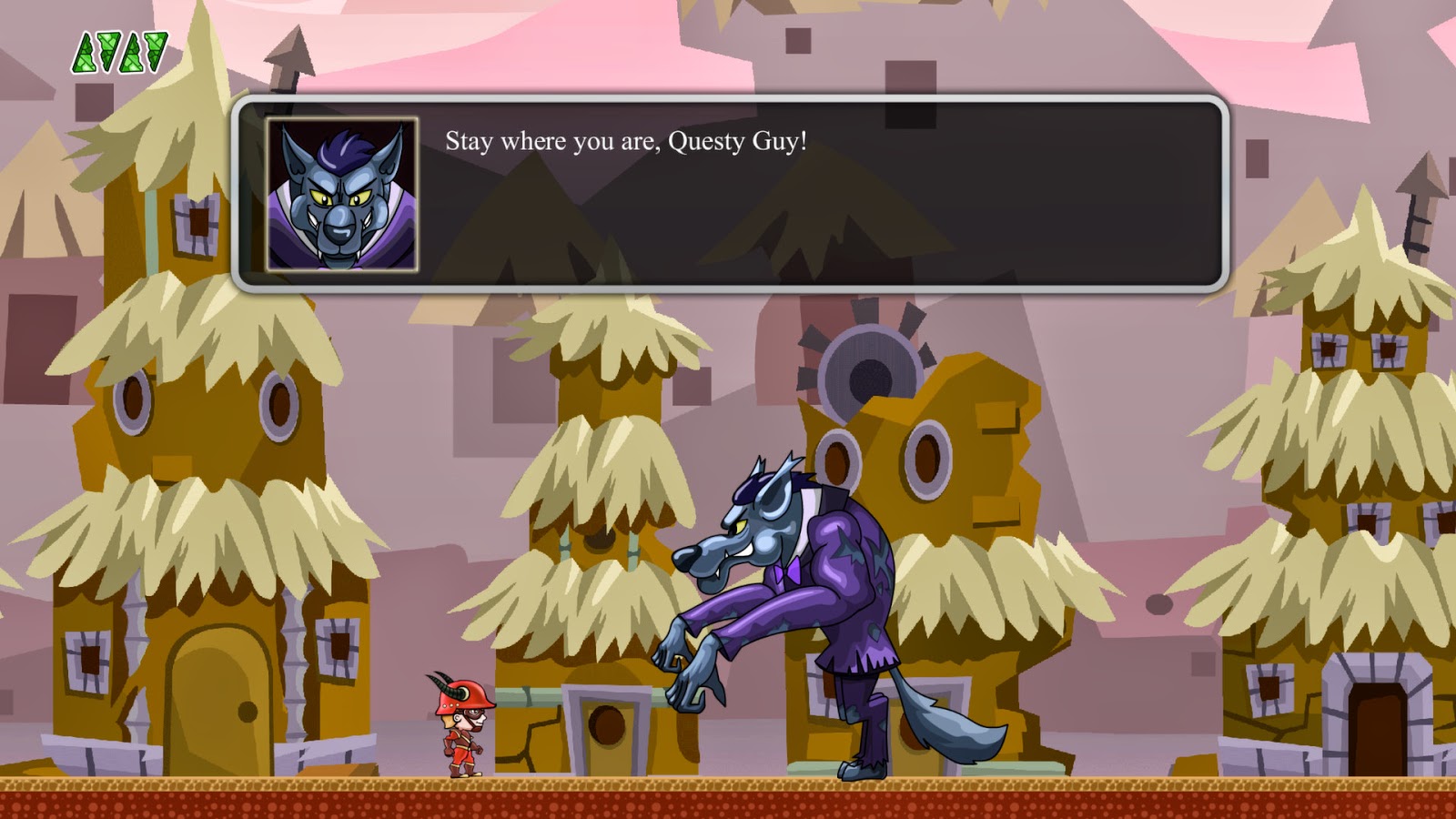 – A Ninja, which allows the player not only the ability to Double Jump, but also to Wall Jump and slash horizontally and vertically with his sword. This sword is not only for destroying enemies in the way, but also acts to eliminate oncoming ninja stars as well as arrows. These areas generally require a lot of quick actions and attention to surroundings since the Ninja is required to double jump through the air between rift pockets and over bottomless areas that lead to certain doom.

– A Starship Pilot who can move up, down, left, and right while shooting – but as in many of the classic scrolling shooters, you always moving forward. These moments when flying through space require proper timing to fire on enemies as you are also being fired upon.

– A Jetpack version of yourself where you may move left and right while propelling yourself upwards. If the thrusters are not kept on, you will fall back down like a rock. Flying through these portions requires quick timing and skill as you attempt not to not smash into anything and everything around you. Also, instead of a health bar, the Jetpack only has three hit tokens that deplete, making this form feel a bit more fragile.

– Last, but not least, is a top-down version of yourself which moves around like Pac-Man. In this mode, enemies move around on set paths or sometimes chase you if you have moved too close. These areas require getting xth amount of those pellets to open doors to move forward. The interesting part of these zones is that they are treated as labyrinths. What do labyrinths have? Minotaurs! In this case Minotaurs with sirens on their heads and will hunt you down. It’s these moments where indecision can be the end of you. Thankfully this mode allows you to “act in advance” and if the key is pressed prior to that corner, your character will execute the turn when he gets there. 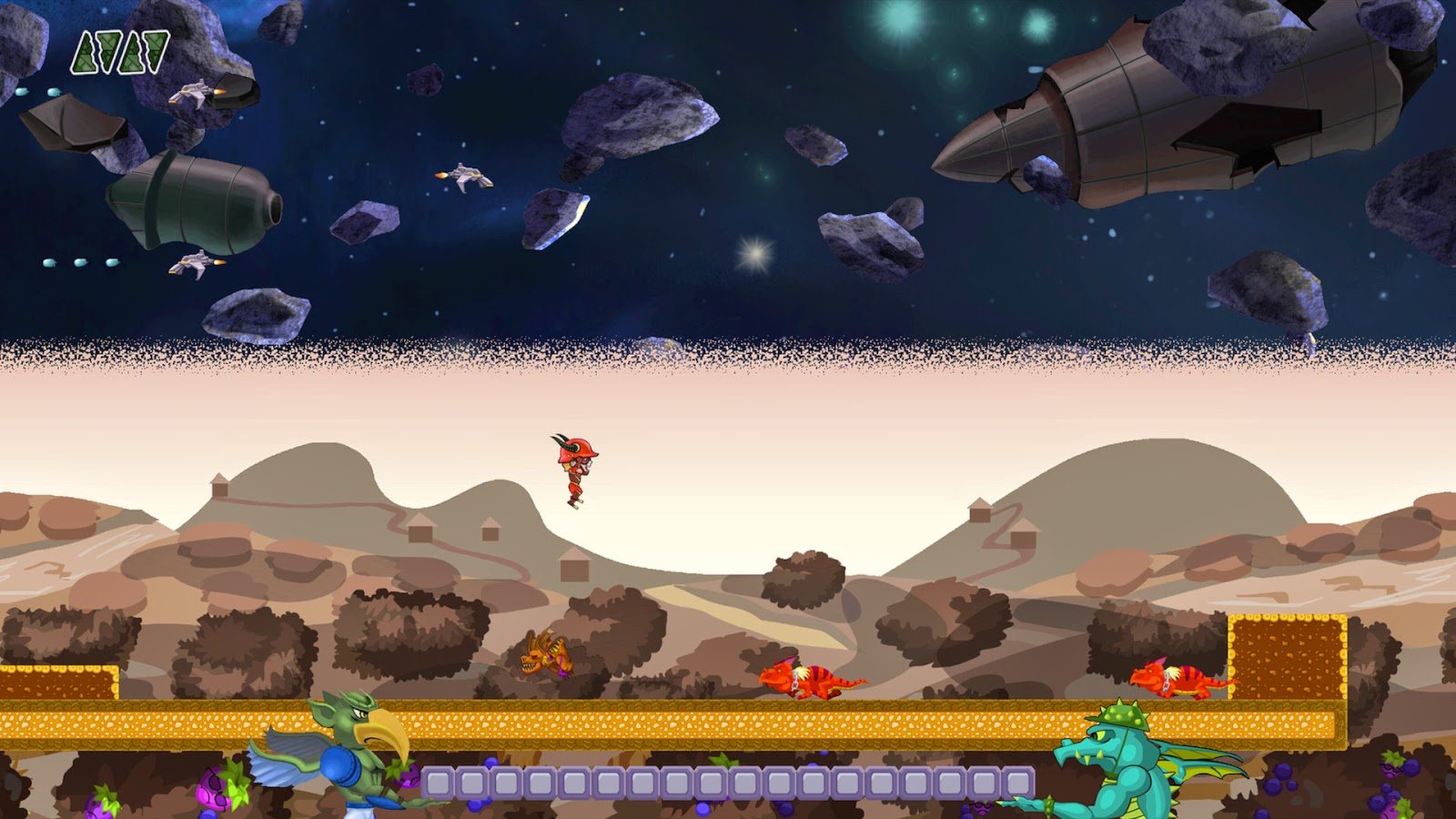 The levels themselves feel like they were built for speedruns which is furthered by the Best Times that can be found by other users in the bottom right of the stage selection. Scattered throughout these levels though are checkpoints that will clock the time that you arrived at them in as well as act as a respawn point should you either fall in a hole, get shot at, crash into a meteor, get cut down by ninjas, fall into spikes… ok you get it. Some levels have amazingly placed checkpoints while others are in locations that are meant to challenge you should you fail over and over and over again. Along with the checkpoints, green shards are scattered throughout the levels as the games form of collectibles. Sometimes these pieces can be in the most awkward of locations and the decision to make a good time or try for that piece can be a hard choice to make.

Concursion for all of these awesome things does have a few shortcomings. Sometimes the getting from a Point A to Point B can seem very hard. Generally I have no issues with hard but it’s that these take more than several attempts to succeed, which again, normally wouldn’t be a bad thing as it shows off the level of skill. But instead of that feeling of skill it can feel more like luck to finally make it through or across more than anything else. As mentioned with the checkpoints sometimes they really are too far behind and the difference between re-starting at the beginning of the level and where you are does not make much of a difference. The last is that while the some of the variations can be incredible to play such as the Ninja, the Spaceship portions can sometimes feel a bit drawn out as you can only move as fast as the screen allows you to.

Concursion overall is a fun blends of styles. The idea to make a game that was essentially the combination of several others worked out very well in its favour. The only real thing to be noted is that definitely requires that old school touch a few of us grew up with that requires mastery of the game and proper timings for jumps.