In recent years I have become something of an anime freak, able to watch entire seasons of a good anime in a single day, or stalking forums and anime news outlets for the latest gossip. Sakura Spirit certainly helps to satisfy that niche interest. 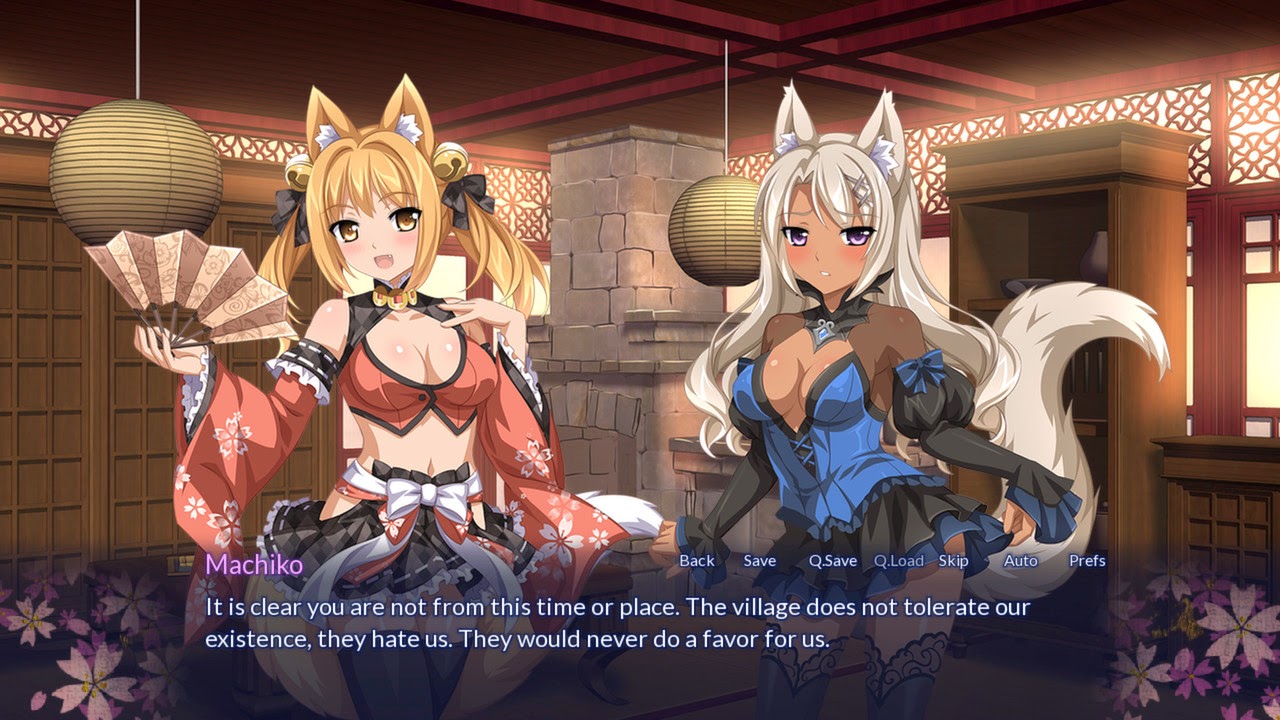 Even writing as much as I do here, I always find time for anime. Fortunately, my EIC (Nick) happened across a title on Steam that he knew I would instantly glom onto and be willing to try out. Enter Sakura Spirit, a small project by the developer Winged Cloud (who appears to have a few other titles in the works, based on sites like www.vndb.org).

Sakura Spirit is not actually a game in the traditional sense, but a visual novel. For those of you out there who are familiar with the visual novel genre, you are probably just as painfully aware that we in the West do not get many of these (which is one reason we were so excited for XBlaze when it was released by Aksys Games). By contrast the East (Japan in particular) has so many visual novels spanning a wide range of topics and genres, that it is by some unholy happenstance that nobody is bringing them to the States. Fortunately Winged Cloud knows that there is a need for visual novels as they are quick, can be interesting, and generally have some very nice art to them (especially when you’re a fan of anime, as I am). 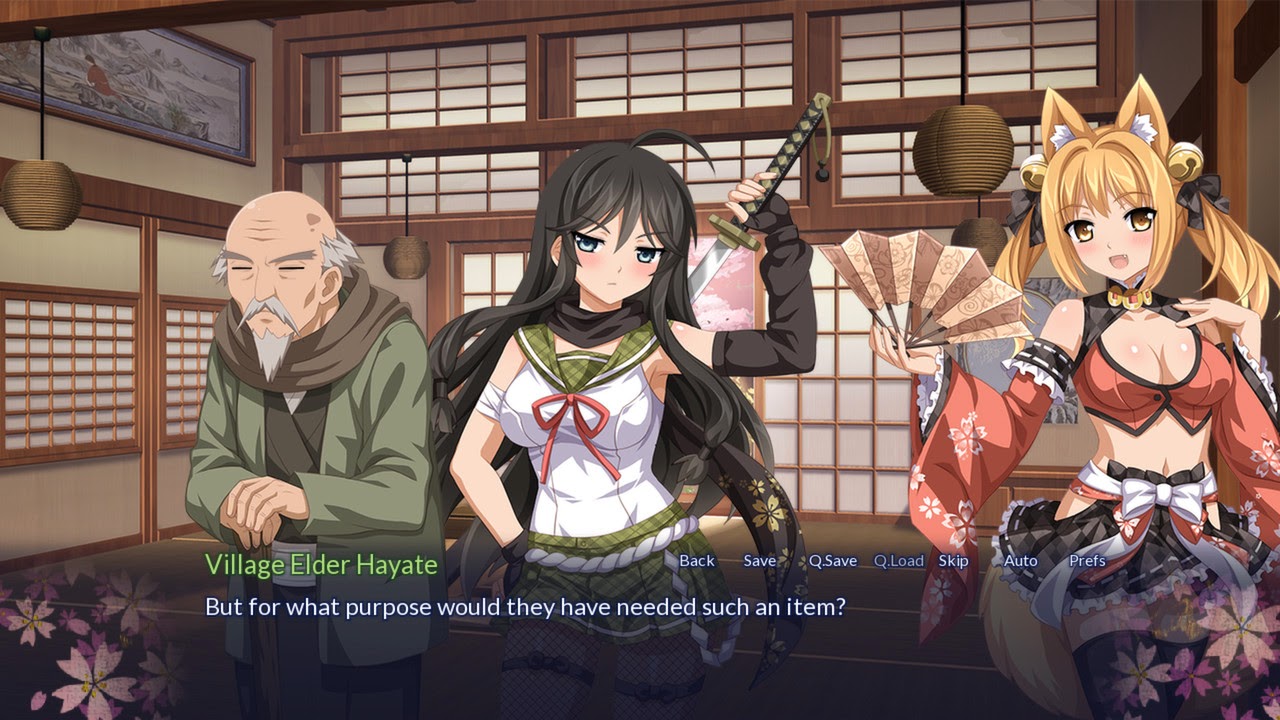 To start, Sakura Spirit takes place from the point of 17 year old high school student and budding Judo star Gushiken Takahiro, and is set two weeks prior to a very important career-making (or breaking) Judo match. As you progress along the linear path that Takahiro-san takes you on, you will meet a handful of characters that will either help or hinder his steps as he works his way towards the end of the novel. While you never see Takahiro-san, the character art style is very reminiscent of Hidan no Aria (Aria the Scarlett Ammo, a very swell anime), though you could likely find similar art styles in a handful of other anime.

However, some of the backgrounds are absolutely gorgeous. Some of the sweeping vistas that show a sleepy little village nestled in amongst the trees and mountains, would not look out of place if it were shown in an early Studio Ghibli film; they are simply that nice. While a few of those are breathtaking and gorgeous, just as many are detailed though plain but do not detract the reader from the story. None of the art feels out of place or inadequate and the novel as a whole is a pleasant looking experience. Any anime or manga fan will appreciate the style and see past some of the spelling or grammar errors that are meandering about here-and-there throughout the novel. One the other hand, that may be the result of translation as some foreign languages do not translate well into English. 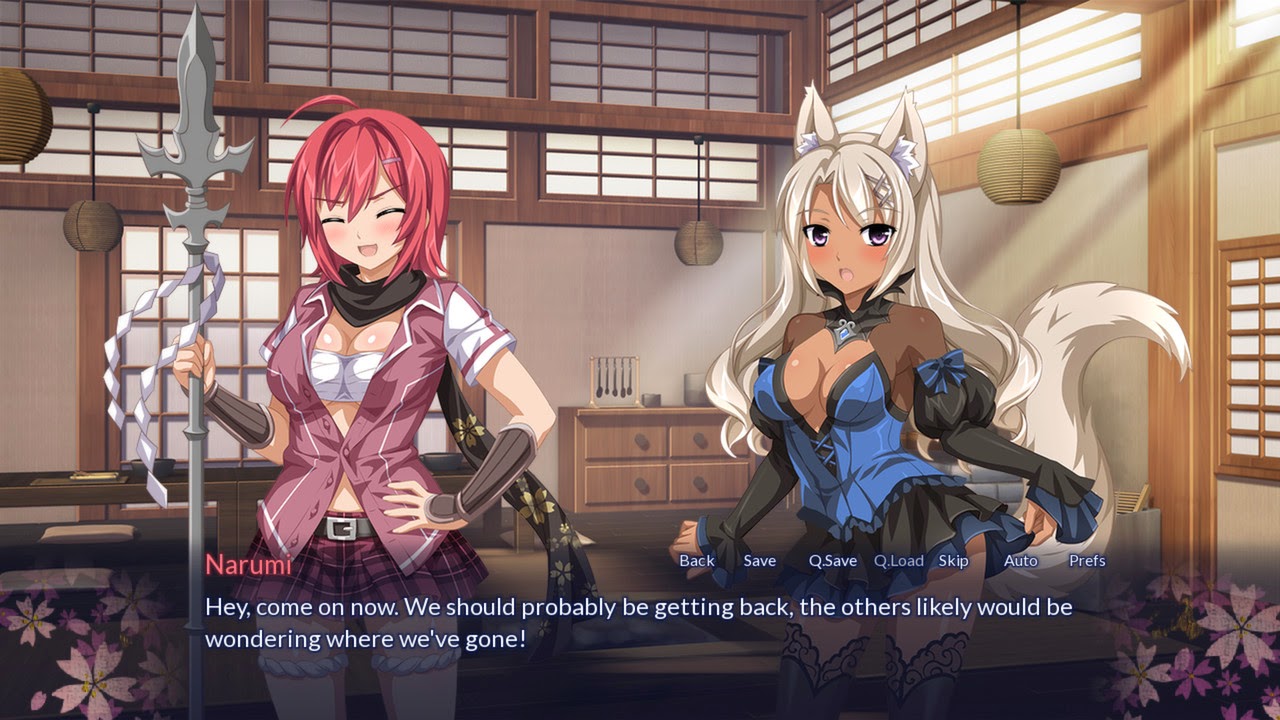 Over all Sakura Spirit is short but sweet, containing a few grammatical and spelling errors here and there, but perfect for a quick real while you are on lunch or after a long day at work. Playing right into nearly ever anime/manga trope out there, from kitsune girls (fox girls) and tsundere girls to the hilarious embarrassment of 17 year old boys that every single anime always makes a point of. Sakura Spirit is, admittedly, more for the adult “otaku” than it is for the casual reader or gamer, and is worth the low cost that is attached to it. Fans of the style of art, the genre of the visual novel, as well as those anime and manga fans, will find a little something to laugh about or relate to in this coming-of-age visual novel.