comments Share
You are reading
The Golf Club – PC Preview

I have been a fan of golf for a great many years. I can remember when my mother used to head down to Augusta, Georgia every year to see The Masters, and I have fond memories of hitting the driving range that was about a mile from our house with my father. As I got older I did not spend much time at all with golf, instead focusing more on baseball, bowling, and video games. At least up until Tiger Woods PGA Tour 2004 came out; I still remember the day that game was released. 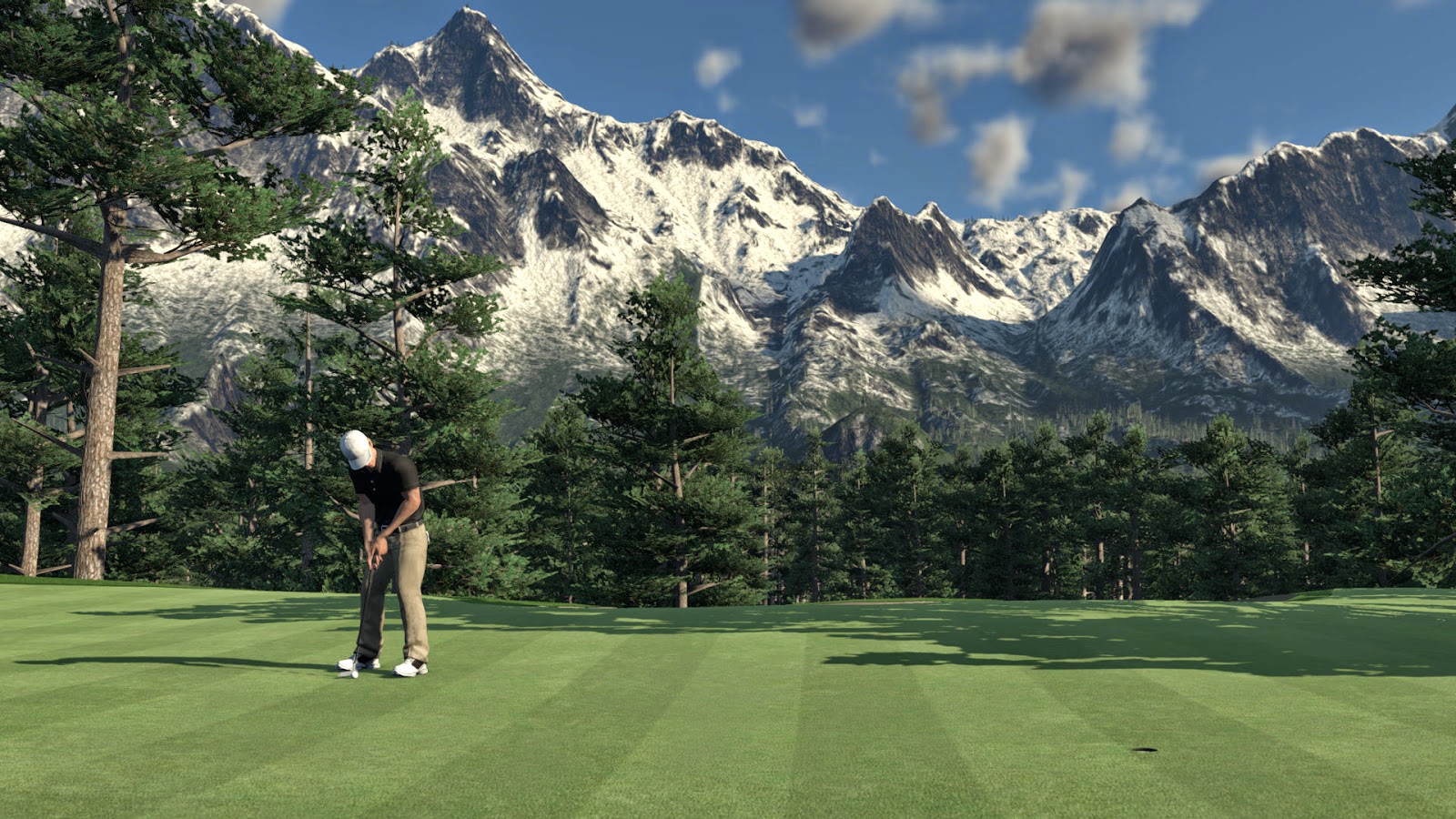 At midnight on the day it released, my roommate and I headed up to the
local supermarket (for those in the Midwest, it was a Meijer) to pick it
up. On the way back home, cruising along at the ripe old speed of 60, I
cremated a deer about 4 miles from our house. Naturally we were okay
but the deer was not, nor was my car. When we finally got home that
night it was about 3:30 AM and we popped in Tiger Woods ( in the
original Xbox ) and pulled an all-nighter as we hit the links. Since
then I have been a loyal fan of the Tiger Woods PGA Tour games up until
the 2013 edition when I finally wondered “where have all of the golf
games gone?” There were a number of them available, yes, from Wii Sports
Golf to Mario golf to Tiger Woods’ PGA Tour, but there just were not
many realistic golf games out there. When I caught wind of a golf game
called The Golf Club that was more than just a game I was immediately
interested, excited you would say and even more-so when I got the chance
to preview it via Steam’s Early Access. Here is a quick rundown of what
I found in The Golf Club.

The Golf Club is visually stunning so be prepared to tweak (or even upgrade) parts of your system as my fairly robust machine struggled on a few parts, though that could be due to the Early Access nature of the build. Regardless The Golf Club is gorgeous; each course is procedurally generated adding a number of awe-inspiring nods; after all, I am very used to the procedurally generated worlds all looking like a Minecraft world. You will not find any blocky or chunky graphics here, oh no, instead you will find well-groomed fairways, silky smooth greens, gruff and intense heather that will border the shaggy rough throughout the links. Hazards like sand and water give off that abysmal puff or splash as they eat your golf ball ( all golfers are familiar with that terrible sound ) and while it is atrocious to see or hear, it is extremely welcome to see it in such a detailed simulation game.

Distances and the focus of the camera are handled extremely well and provide a fantastic depth of view and EA can likely learn a lesson or two from HB Studios when it comes to knowing how to focus in on a golf course. While the courses are downright beautiful, at this time the character models look a little out of place; like they are not a part of the course, but rather standing on top of it. The strange appearance of the golfer is likely an unintended effect of the pre-release build and I do hope that they work a bit more on blending the characters into the environment before release. The only thing that I see missing yet is weather effects such as rain or fog ( I really want a golf game with some nice and realistic golf; there is something idyllic about fog out over the links ), however that too may be due to the pre-release build; hopefully it will come soon or, better yet, it is already in but I just have not had the good luck to get rained on. I am hoping it is the latter. 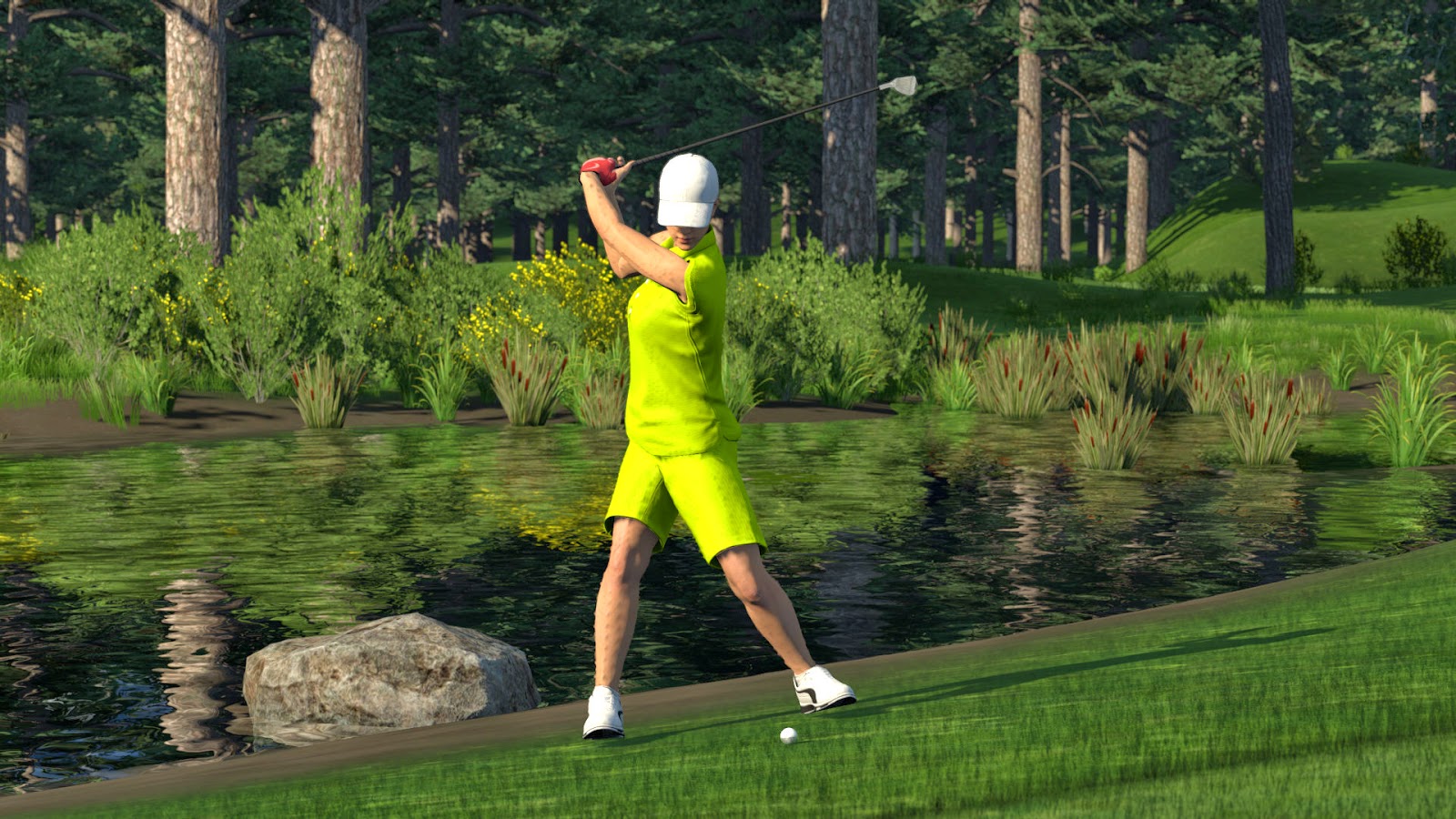 To go along with the exceptional visuals, HB Studios spent quite some time on the audio in The Golf Club. The background music is the same quiet, soft tones that you would hear if you were watching the PGA Tour on your favorite sports channel and I did not once feel like the music served as a distraction. When concentration and precision are key, minimizing distractions is a requirement; fortunately the spectacular music and the far more superb environmental sound effects do such a good job of bringing the course to you that you will swear that you can smell the freshly cut grass on the crisp morning air. Swinging the club has a nice swoosh sound effect to it but it is not so overpowering that all you hear is the whiff of the club which is especially important for when you make contact with the ball.

I had to pay extra close attention and intentionally miss-hit to be able to tell, but I swear that the sound of the club striking the ball is different depending on the quality of the hit. It may have been my over-excitement to be playing a golf game that is as pretty as this one that was not an EA-owned game, I hope not though. Amidst the ball strikes and the swinging of the club, you will hear crickets and birds, ambient noise as spectators and commentator clap or boo your various good and/or bad deeds. All in all the audio is quite deep and provides an excellent aural experience, though I would like to see a bit more variety in the environment sounds. The commentator is up to snuff however he is no Dan Hicks, Gary Koch, or Johnny Miller, and thus it leaves a bit to be desired; that may be due to my own particular prejudice when it comes to commentators though and I suggest you purchase the Early Access here to decide for yourself.

The real gem in The Golf Club is not the stellar graphics or the wonderful audio, but rather in the course editor. You can generate an entire course with only a handful of clicks as simple dials control the amount / density of water, trees, and hills that go from little/none to lots (you can also just skip it all by clicking the Randomize button). Once you set your dials and move to the next screen you will have the chance to edit each individual hole so you can get as customized and detailed as you can imagine, I for one simply set my course to have a ton of trees and hills and played the course. Needless to say it was an excellent experience. 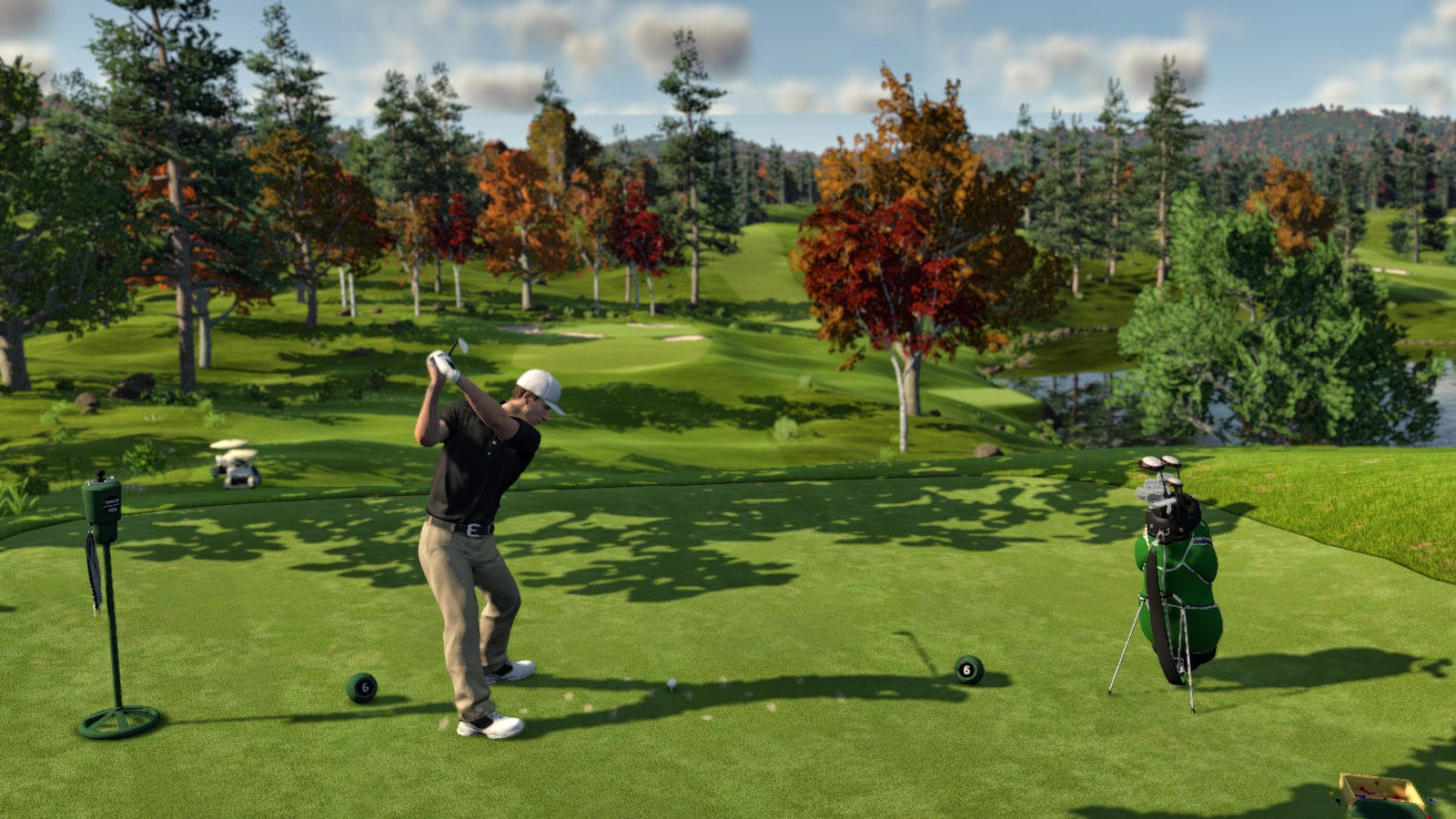 I would like to possibly see a few more tools, like the ability to ‘drop’ a water hazard or bunker manually, but that may be asking a bit too much from an already spectacular feature. While there is an abundant number of courses (you know, an infinite number), I do say that there were a number of times throughout my course-play that I wanted to hear real names or possibly see real courses; I can only image what Pebble Beach Golf Course, Torrey Pines, or St. Andrews would look like in The Golf Club’s engine. I am salivating at the mere thought.

The Golf Club is an amazing upcoming golf simulator with a stunning level of detail that sucks you right into the game. Though it is in Early Access, The Golf Club is relatively polished and provides a decent round or two of golf. Naturally it goes without saying that you should only pick up the Early Access ( found here ) if you are either a massive golf fan, like me, or interested in being an actual part of the development cycle. HB Studios has thus far taken the word of their supporters very seriously and has worked diligently to address any concerns and in doing so has certainly gained a fan in me.

It is all too ofter that we see a neat sports title or a deep simulation game start with a bang and go out with a fizzle and I am more than positive that The Golf Club is here to stay, and stay it will. With a little coaxing, I fully believe that The Golf Club could usher in a new era of golfing games and simulators as it sets the new bar well above any of its competition. I for one will be very eager to see where The Golf Club goes on its journey to full release. 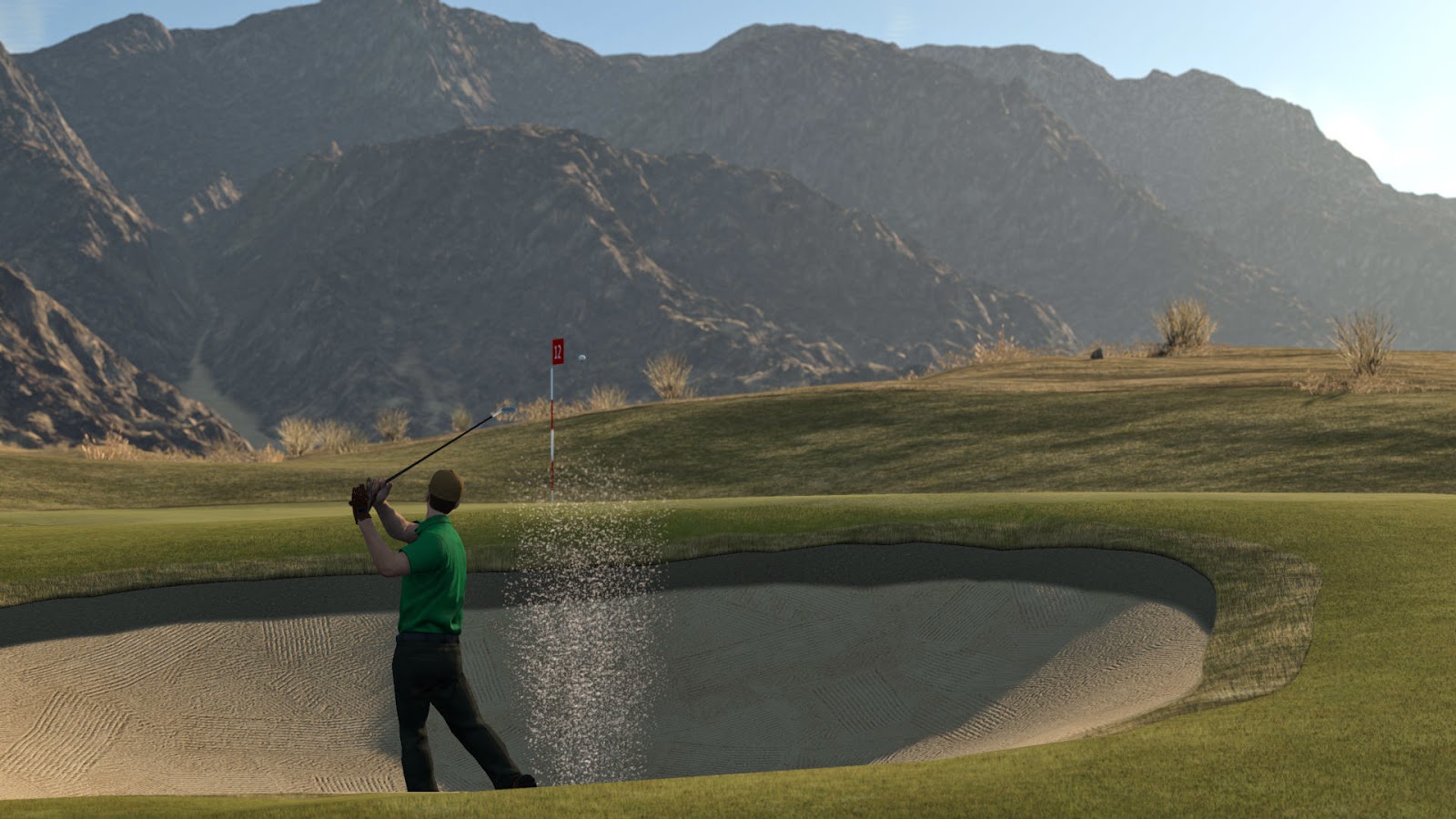