Is it too soon for a Remastered version of The Last of Us? Probably for some of you. If you beat the game on multiple difficulties (including the new game+ modes), bought all the DLC, lodged dozens of hours on the multiplayer, there might not be much point in coming back to this particular well for more water. If you are like me, and took almost a year off from touching Naughty Dog’s PlayStation 3 masterpiece and never touched any of the DLC the first time around, well then that is a different story. If you are like my one buddy who never played the game at all? Quit reading this, go grab the game. This article will be here when you get back, I promise.

Back already? Well then, let’s talk a bit about The Last of Us Remastered and why arguably last year’s game of the year is worthy of your attention in 2014. 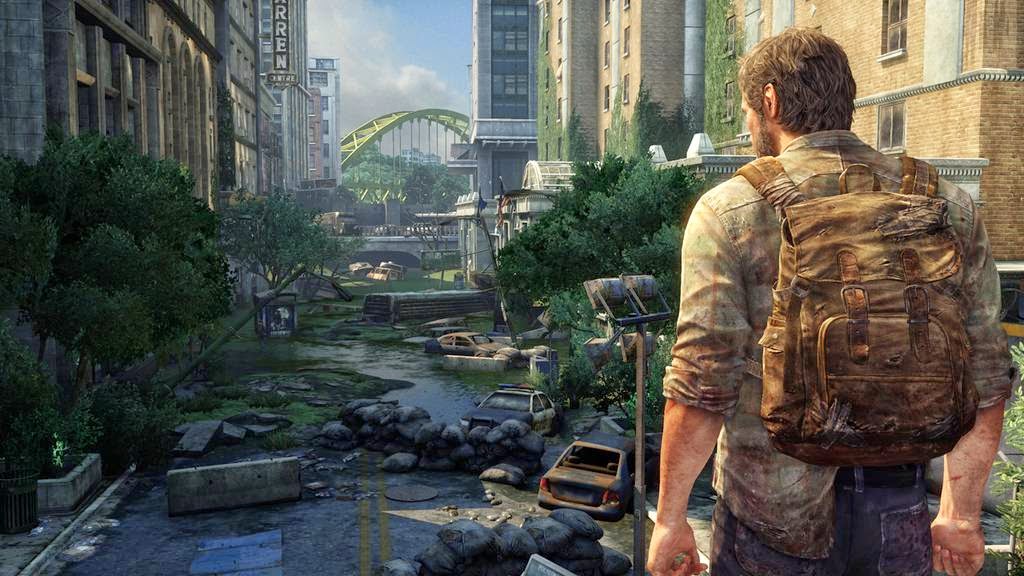 This has all of the trimmings of a quality remastering effort. The visuals are somewhat spruced up (not the most graphically impressive title ever, but considering The Last of Us was as hauntingly dark and beautiful as any other PS3 title ever, I would consider a slight upgrade still worth noting). These are texture and lighting touch-ups however, so keep that in mind. For example, Nick’s review of the PlayStation 3 version of this game touched on how reflections only show up in the very first portion of the game. Windows and mirrors after that point still do not show any true reflection, so the engine did not get an overhaul here.

The opening scene in The Last of Us is an interesting one that tries to set the tone and serve as a light tutorial for the most basic of basics. There is also an incredibly clean and polished look to it. Walking past a darkened evening sliding glass door gives a ghostly reflection and a beautiful if dark view of the distant horizon. The inside of the house is comprised of clean, sharp edges and corners. It looks lived in, but also well-cared for. It is similar to life now, creating a world that is easy to relate to in the first twenty minutes or so of the story. Then The Last of Us plunges us into a post-apocalyptic world that just feels dirty, run-down and largely forgotten. Gone are the smooth kitchen counters, replaced by crumbling materials that have in large part fallen to the floor. Once new and comfortable sofas still have people sitting in them, but they stained and threadbare. There is a grainy sort of filter that catches the light when walking around, dust particles beautiful but also haunting in their silent passing.

The Last of Us is a gorgeous game, with amazing voice acting and music that is subtle throughout much of the game, but notable during key segments. The production values here are among the best we have ever seen and the team at Naughty Dog deserves a lot of credit for making it just a little better. Texture and lighting improvements highlight the visual updates along with a new 60fps option (though you can revert to the 30 if you prefer), while small features such as the sound of the flash light clicking on and off or an audio tape playing through the DualShock 4 controller demonstrate that audio was shown a little love as well. Even the controller offers a couple of extra customizable options to it. 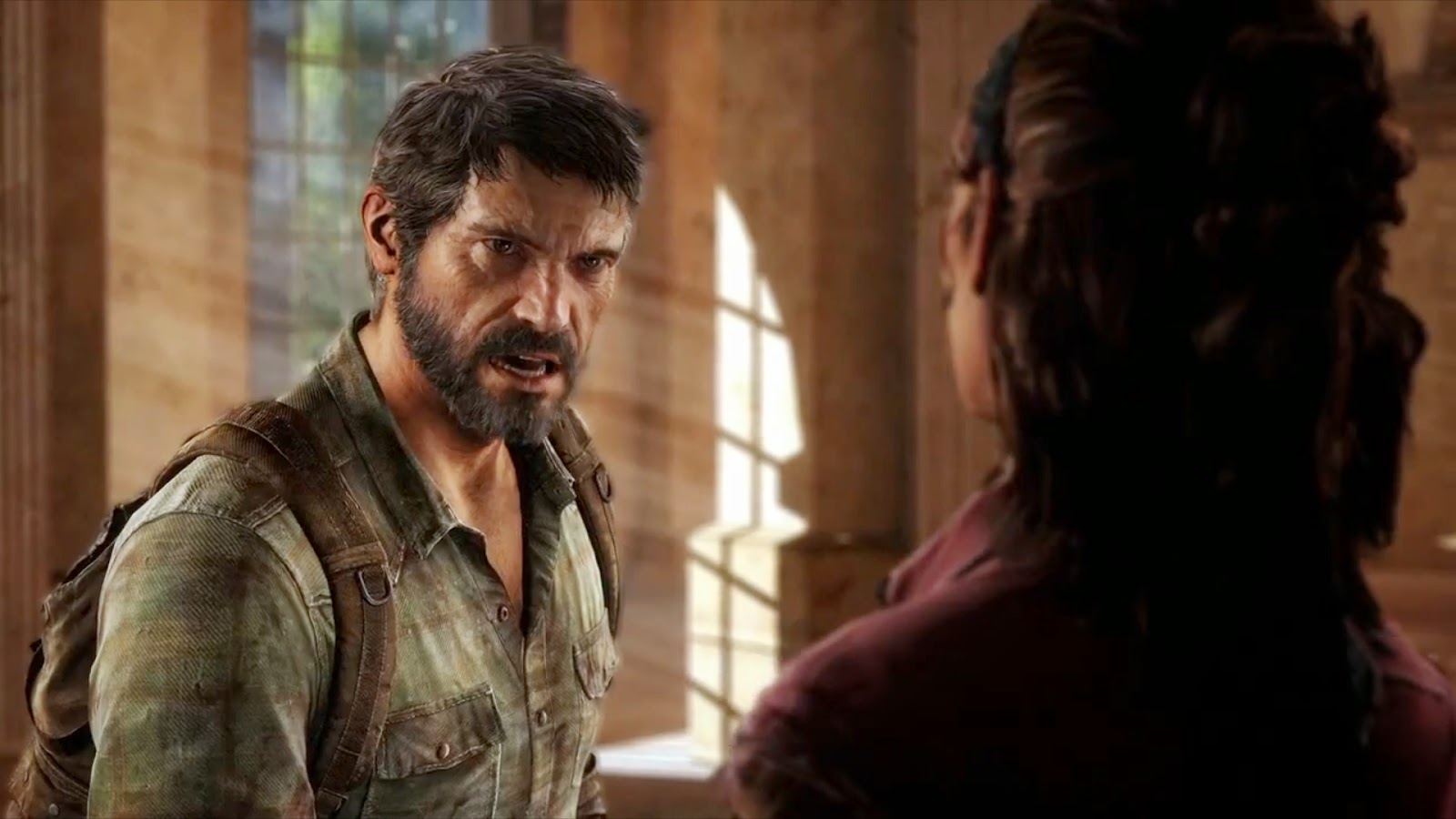 Nothing about this effort feels like a quick cash grab. Some people will undoubtedly call it such, with the original version of this game still in stores for the PlayStation 3. Instead I like to look at this release as an opportunity. It is an opportunity for my friend to play it for the first time – so why not experience The Last of Us at its best? That is what this Remastered versions allows us to do. Additionally, for someone like me that enjoyed the game, sunk some time into the multiplayer, but no longer owned the title by the time the DLC came out, the opportunity to play additional maps, modes and to further explore the story of Ellie all preset a welcome opportunity.

Before The Last of Us came out, Naughty Dog was probably best known for their work on the Uncharted series. Some similarities do exist here, from the outstanding visuals, voice acting and shooting mechanics. However, Joel is no Nathan Drake, for better and for worse. He is not the athletic freak of nature Nathan is, needing help in climbing many walls – as opposed to Uncharted with expects our protagonist to possess the balance and acrobatics of a world-class gymnast. 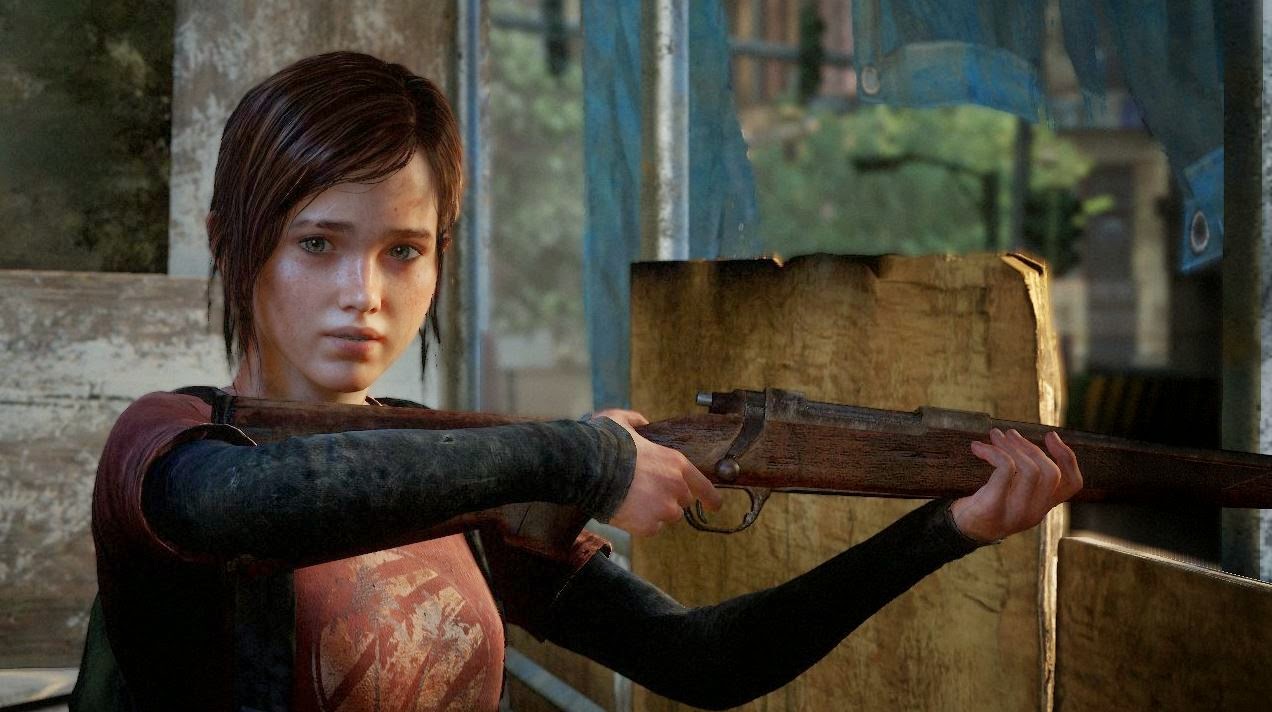 The tone of the stories is also very different. Both have that blockbuster feel, but where as Uncharted would be most quickly compared to a Tomb Raider or Indiana Jones movie, both with its polished visuals, copious amounts of smart aleck wit and shared themes of treasure hunting and saving the world, The Last of Us is far more subdued. The Road or The Book of Eli come to mind more readily when looking for a movie to compare The Last of Us to. The dusty setting of The Book of Eli or the more personal struggles of people just trying to make it another day are present in both those movies but also The Last of Us.

The end result is a story that feels impactful, filled with imperfect people in an imperfect world. The characters can be related to by varying degrees. There are the clear ‘bad guys’ in the mutants – though really, are they even so bad? These were once people, and the plague that struck did not differentiate between good people and bad. It just turned them into something that does not coexist with the remaining society. Even the characters who would be the primary foils in the story tend to have some ounce of humanity to them. Perhaps their actions are not fully justified – but it is hard to at least not understand what has driven them to act as they do. 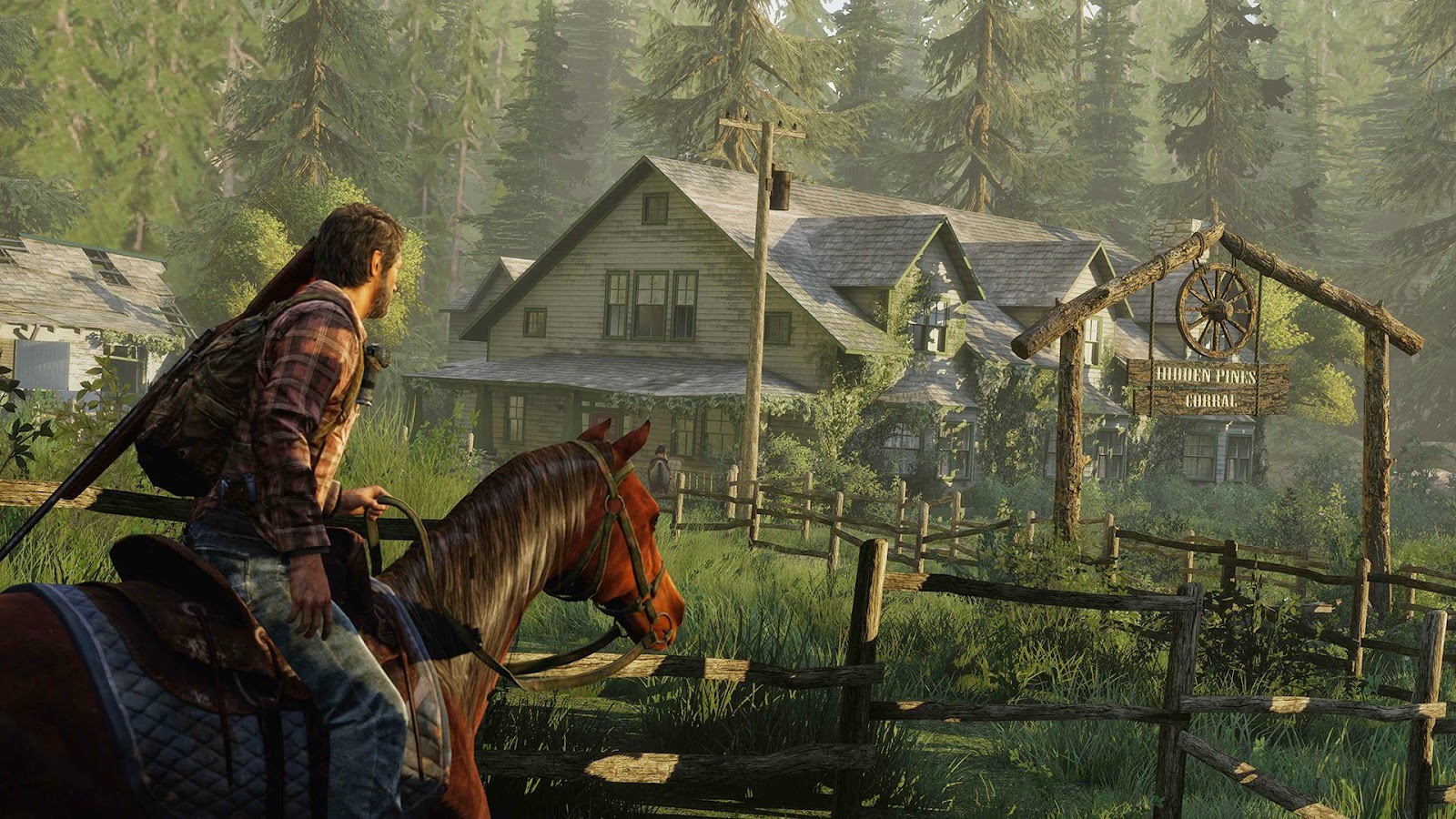 The single player campaign, plus the additional single player DLC, provide a somewhat short but thoroughly engaging experience. What will keep The Last of Us in my PlayStation just a bit longer is the multiplayer component. With the additional map packs already included, the playground is already quite large and ready for gamers to start pouring in today. What most appeals to me about the multiplayer is that it feels like a natural extension of the campaign. You still craft things, you still need to use your hearing to understand your surroundings – it all fits. It has simply been tweaked for better competitive balance.

I wish I could say that The Last of Us is perfect, but unfortunately every now and then a few things will creep in and mess up the sense of immersion. Most often, this has to do with companion or enemy AI. Of the two the companion AI is generally the most jarring. The mutated creatures are supposed to be all instinct and nothing special in the intellect department, but watching sentient enemies moving in patterns that make little sense or seeing your AI companion standing up when I can crouching behind cover (thankfully the enemy AI ignores your companion AI’s idiocy in those moments) turn what should be a tense matter into something of a smirking on.

Going back to The Last of Us well might not appeal to everyone. If you still own the PlayStation 3 game, have the DLC and have done most of what the title had to offer, this Remastered version of the game is probably not for you. However, if you somehow missed out on Naughty Dog’s grim masterpiece the first time, there is no reason not to pick up this version of the title right now and see what all the fuss is about. It is absolutely worth it.