comments Share
You are reading
The Wolf Among Us – PC Review

With Episode 5 of The Wolf Among Us having been released, the first story arc has come to an end. A tale of betrayal, murder, deceit, and mistrust. One played out with a cast straight from a fairy tale, but living in secret among us. Telltale has taken a rich fiction created by Bill Willingham in his Fables series, and set up a compelling story of their own. Leveraging their unique engine and gameplay mechanics, a work of engaging interactive fiction is laid before you. 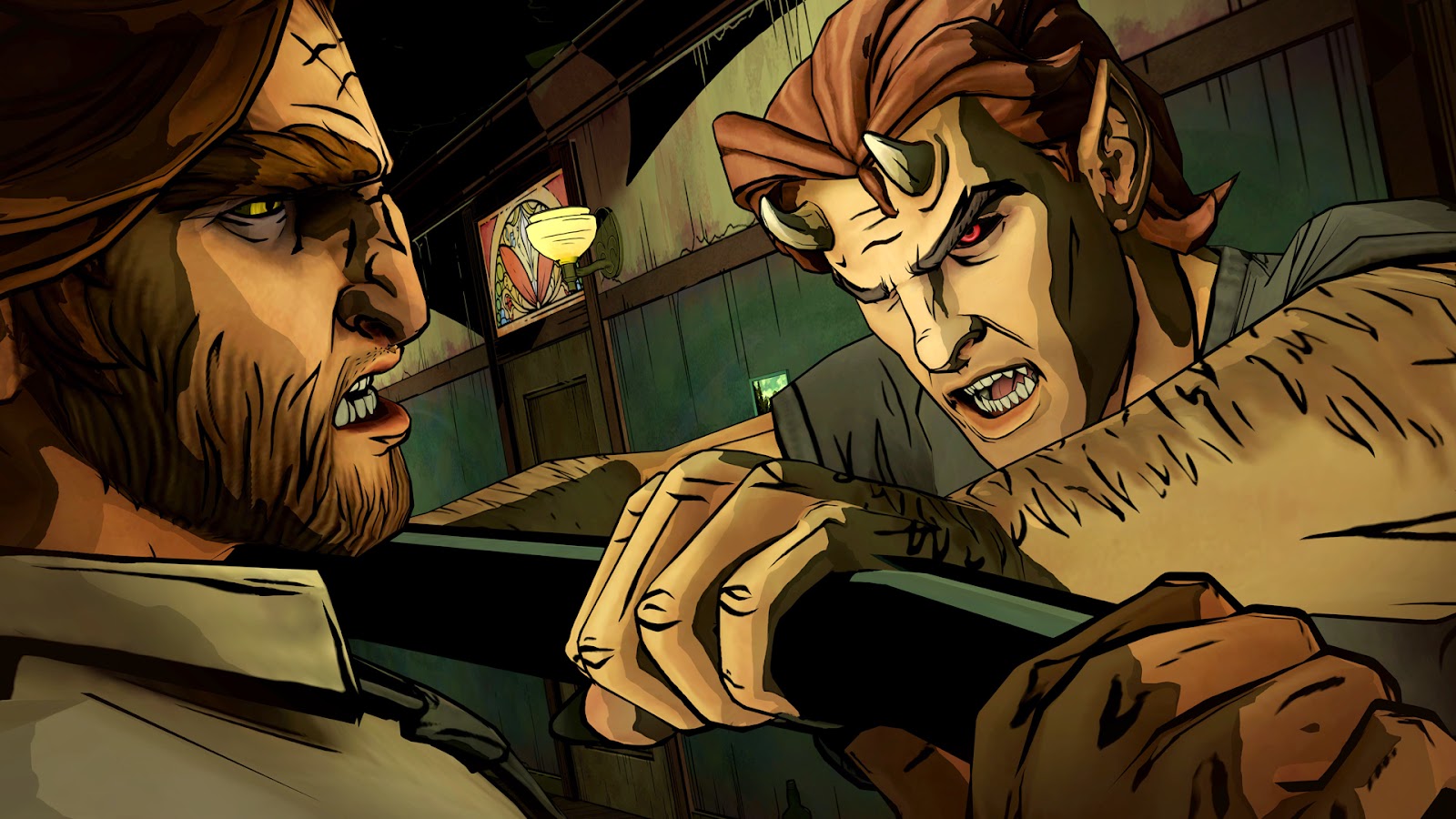 If you have read my earlier episode reviews (Episodes 1-3 and also Episode 4), it should come as no surprise that the full package is well worth the ride.

Picking up at the cliffhanger from Episode 4, the finale is fast and furious with answers and action – yet is possibly the shortest of all episodes, clocking in at just a hair under an hour. Breaking free from the “investigation, action, resolution, and next episode setup” there is an interesting chase sequence, and a much larger climactic fight, in lieu of any sort of investigation. The heavy amount of prose relegates the rest of the episode to exposition, which was to be expected.

I could not think of any loose ends which were unaddressed, though months have passed since my first playing. I’m hesitant to delve into any specifics with this episode, as it is brimming with plot endings. What I will say is that you must make tough choices as Bigby, Bloody Mary is sufficiently creepy, and The Crooked Man is a well written and interesting character that I wish had played a more prominent role in earlier episodes.

What is clear throughout the full episodic arc is that Telltale had a talented and passionate team to back up a cohesive vision. The engine in use here, tweaked and improved through two releases of The Walking Dead, has a gorgeous new coat of paint. The visual style of the characters and environments is gorgeous, and there is raw emotion that comes from simple facial animation. The mechanics of the engine allow just enough player agency is provided to allow for the investigation and combat scenes to be interesting, but still keep things a very focused and fairly linear experience. And that focused experience is necessary to break the full story arc into 1 – 2 hour bite sized episodes, each of which are fulfilling and satisfying on their own, but leave you wanting more. I’m somewhat prone to binge watching entire seasons of a TV show in a matter of days, so having to wait a few weeks between the last couple of episodes was torture, sated only by picking up some of the Fables trade paperbacks. 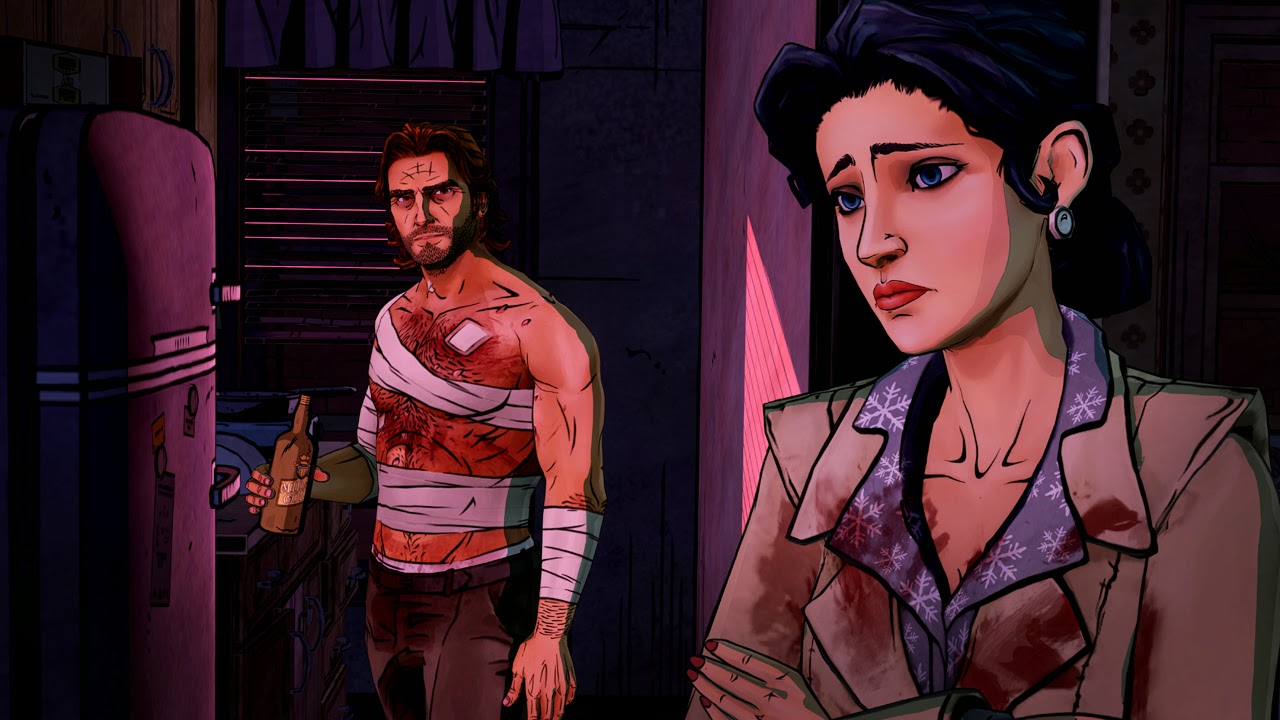 The series was not without flaw, as there were some rough spots that could have used a few more resources or time. The game system where your decisions will have long lasting impact seems fairly weak, having little to no long term impact short of jump-cut intro sequences in new episodes. The animator (singular, as only one appears listed in the credits) seems rather constrained by either the engine or time constraints, as some animations are slapdash or herky-jerky, and hard to ignore.

In the fifth episode especially, where tensions rise and a number of characters are yelling over one another, audio mixing and compression have a harsh result at times, taking a bit away from the fantastic voice acting. The fifth episode was also a bit rushed through answers without rehashing questions, which would be a non-issue for a binge play through, but left me scratching my head at times. And although the action scenes were enough to be engaging, only the last episode really toys with a new way to approach how it plays.

Anyone with even a passing interest in the Telltale style of adventure game, or the Fables source material, owes it to themselves to play The Wolf Among Us. They have really refined their episodic formula, allowing a small development team to consistently put out well crafted chunks of a story, rivaling any prime time drama series. The rough patches in production can be easily overlooked to see the forest through the trees as all the elements come together into a compelling experience in a fantastical secret world with familiar human trappings. I could not be any more excited for a games sequel, and so far signs point to a Season 2 down the road.