Xenonauts puts you in command of a multi-national military force that was created to defend a Cold War-era planet Earth against an alien invasion. Does it sound familiar? It should if you are a fan of the XCOM line of games since Xenonauts draws its inspiration heavily from Firaxis Games’ excellent reboot as well as the original XCOM games. It is fairly common for developers to go through and use the winning formula from other games with a little tweaking of their own; unfortunately in most cases it comes off as simply an attempt to get rich off of someone else’s ideas. Fortunately though, Xenonauts developed by Goldhawk Interactive, is not a clone or a riff-off of the XCOM games. It clearly knows that the XCOM games are a source of inspiration and every single aspect of Xenonauts is in some way an honorable nod to the longstanding classic tactical strategy games. Xenonauts is exactly what XCOM would be if the original games were released today. The real question, though, is whether Xenonauts is worthy of being a spiritual descendant of those wonderful XCOM games. 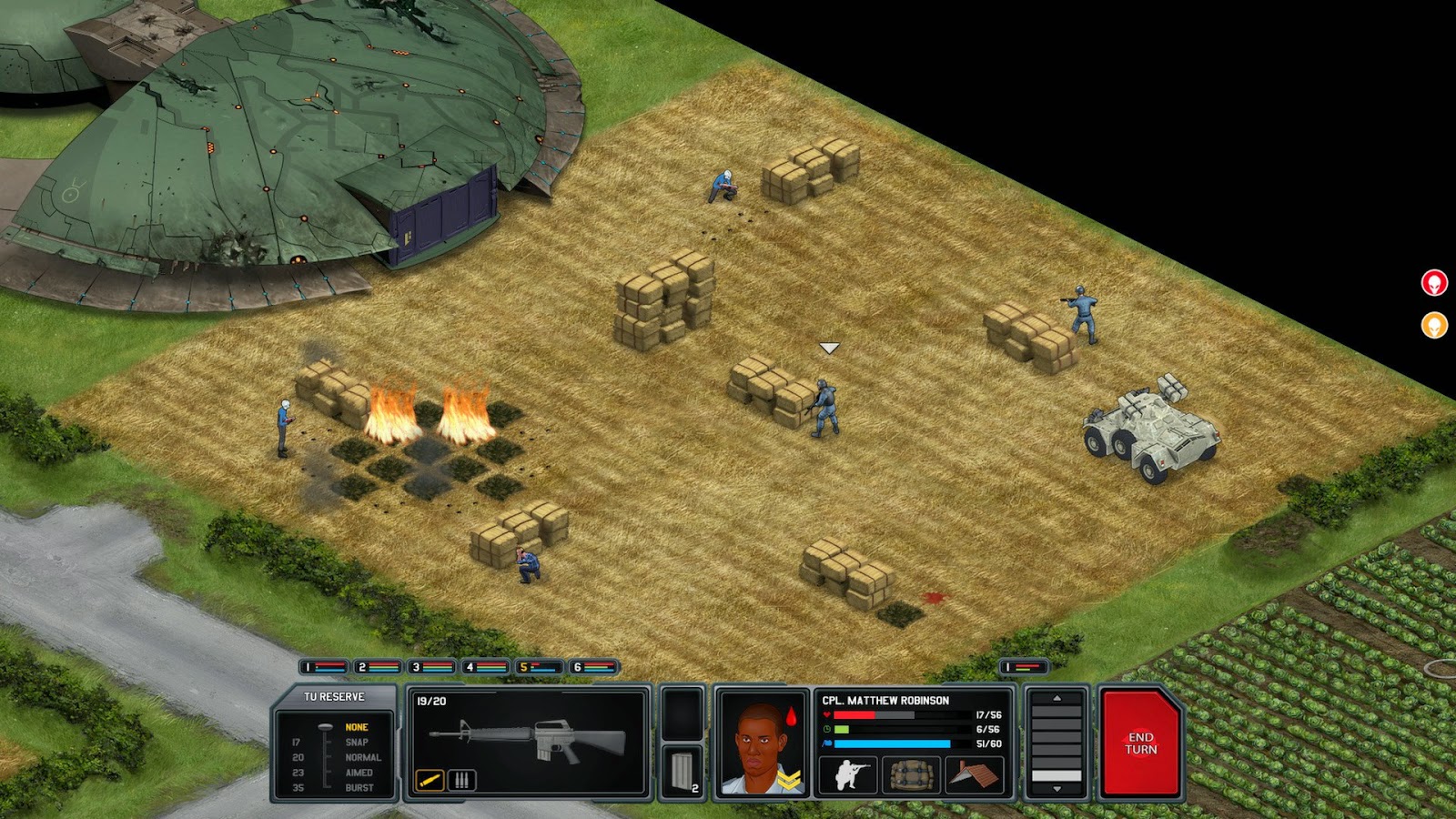 From the very moment you start up Xenonauts veteran strategy gamers will feel right at home; the opening cinematic explains the story and shows, through military-style reports, that the Earth is being invaded and it is up to you, the commander of a multi-national military task force to protect the earth and drive off the alien invasion. Settings and options are pretty simple and straightforward which is fine since the real objective is to simply get in game and smite some xeno’s. When you start up the game you are walked through a number of tutorial missions that I strongly recommend you take a moment to sit down and play; Xenonauts is a brutal, yet spectacular strategy game and while the ground combat is generally the easier aspect of the game, the overall package is intense and running through the initial training sessions is strongly recommended.

Some of the different aspects you will be in charge of will be, naturally, the ground combat that will accompany any downed UFO or invasion point, as well as managing the research and maintaining relations with the rest of the world. As with other global defense / simulation / strategy games, you will need to pick and choose the countries you defend on a risk vs reward basis. For instance, I started my initial game by placing myself in a south eastern corner of Russia. The reason behind it is because your starting base has a limit to how far your aircraft can go in defense of the nations; placing my main base in Russia gave me the largest single income source and placing in the south eastern corner allowed me to cover a large chunk of the Soviet Union, Indochina, Europe, The Middle East, and Northern Africa. The more territory I cover the faster I can respond to threats, the faster I can respond to threats the happier those nations will be, and the happier those nations are the more money and resources they give me. As you move through the game you will be able to cover more area and push back more, eventually going on the offensive; I admit to completely ignoring Australia as it is way out in the boonies and I seem more inclined to assist the rest of the world. 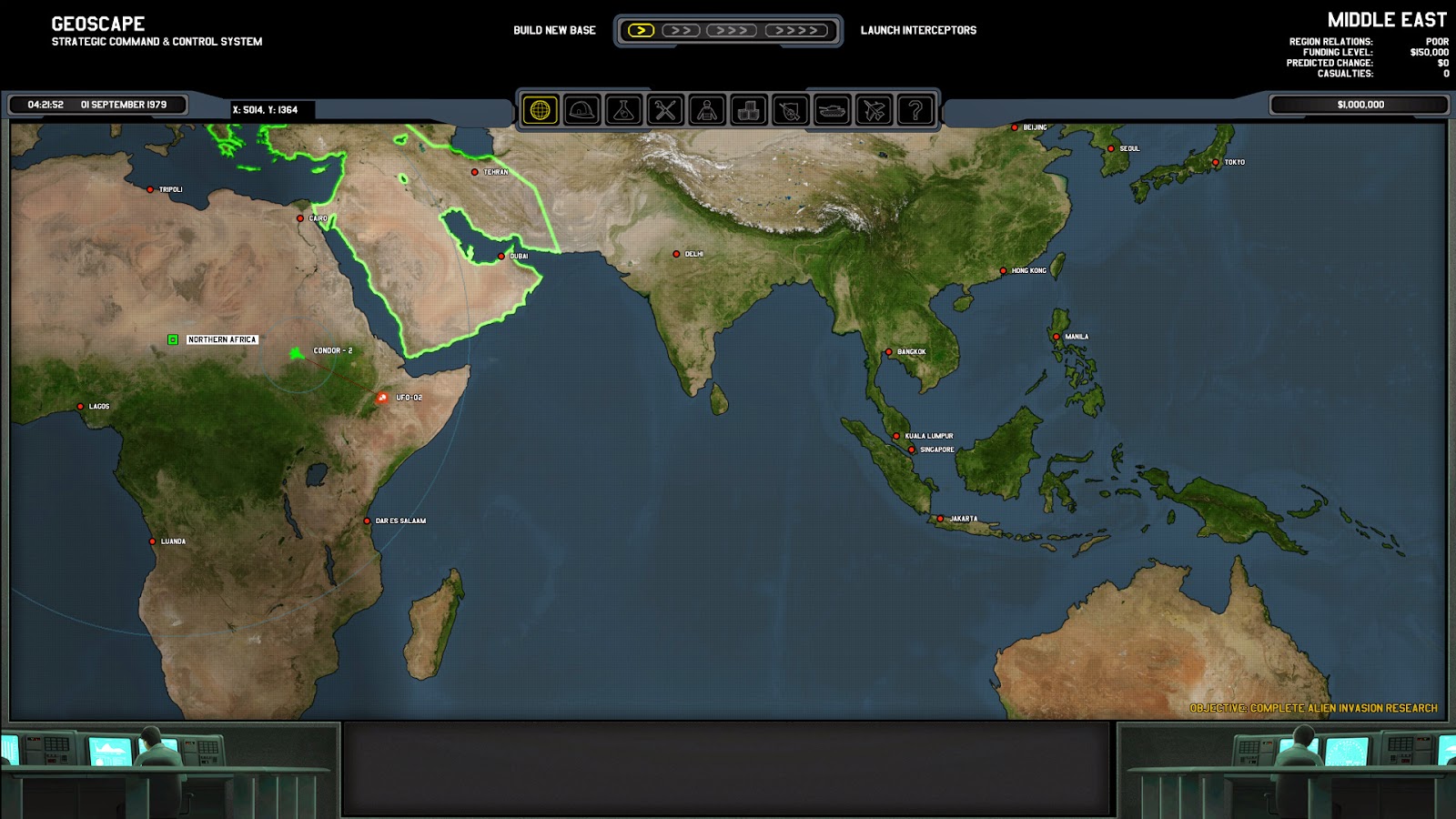 The graphics are straight out of 1994 and they are great. Simply great. From the 2D world map to the almost-sprite based isometric ground based combat, Xenonauts would fit right at home next to X-COM: UFO Defense. Naturally each of the units are customizable, building loadouts for your individual soldiers or creating specific kits. As you continue to research and locate additional weapons and armor, your gear will need to be continually managed to ensure the survivability of your squad. I did find that having a larger ground team with two heavies, one assault, one rifleman, and four snipers was a relatively deadly mix of long-range death. With that particular makeup I survived a majority of the combat mission relatively unscathed, though, that is likely due to my extremely defensive style of game play.

I could only imagine what kind of damage a full group of heavies or a full group of assault characters would dish out. While the visuals are clearly a throwback to the past games, the audio does feel a bit lacking in comparison. It is not bad audio, it is simply there. The background music is far more enjoyable than the actual sound effects (seriously, when a rifleman shoots the ballistic rifle it sounds like something out of the early 90’s). While passable, the ambient effects are truly forgettable and playing the game on mute was at times, an improvement over the low-quality explosions and death throes. 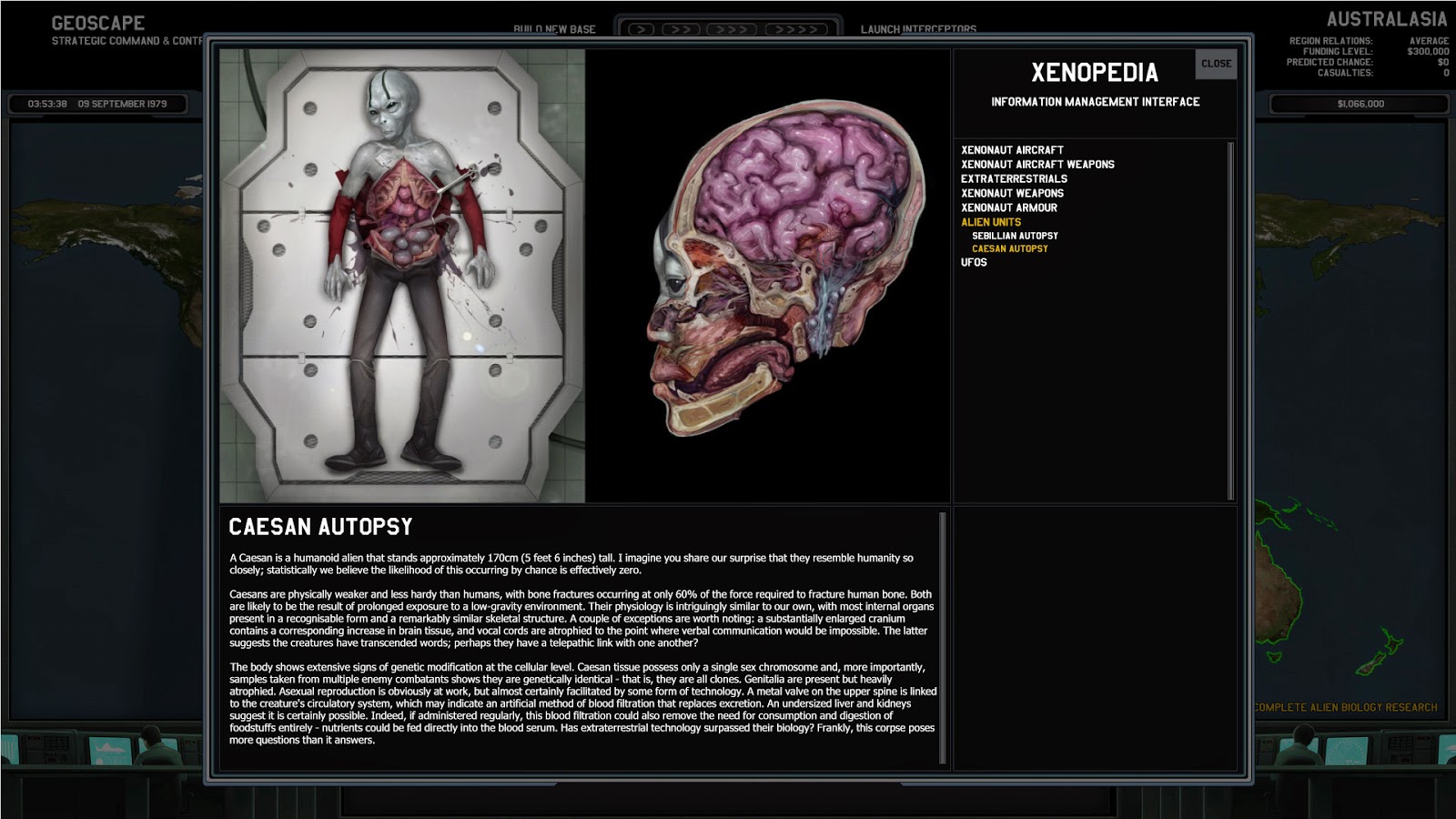 The biggest concern I had, outside of the brutality of some of the scenarios, is that there is just an absolute ton of information. Not that it is a bad thing, however it is very easy to become lost in the information-overload that is bound to happen. I did find though, that by spending the time to really sit down and dig through all of the content that I began to become much more attached to the game. With the sheer amount of information and the fact that no two play-throughs will be identical adds so much more the the game.

Overall Xenonauts is an amazing strategy game that provides you with as much information as you could ask for and more and it will certainly scratch all of your XCOM-style gameplay needs. From the hand-drawn art assets, the clean user interface, the encyclopedia of information stored in the help databases, and the straight-out-of-the-90’s sound effects and music are all wrapped up in a wonderful package that was lovingly crafted after the classic strategy games of yesteryear. I strongly recommend this wonderful title be added to any strategy gamer’s library of games.