Alpha Kimori: Great Doubt is the first episode of a trilogy of classic JRPG games; developed by a studio that has provided artwork for games like Drawn To Life and Scribblenauts. Their first foray into the JRPG market, Sherman3D has developers that span the globe but make their home in Malaysia and aimed to develop an RPG that fans of the classics like Chrono Trigger and Final Fantasy would be able to pick up and enjoy. Taking it a step farther, Sherman3D aims to take and infuse their RPG with some of the influences you would see in anime (notably some of the Mobile Suit Gundam series’). This blend of styles is not entirely unique to the RPG genre, as the Xenogears and Xenosaga games that came well before Alpha Kimori, but what makes it unique is the colorful and vibrant world of Alpha Kimori. Previous titles were dark and heavy where Alpha Kimori is bright and bold. The real question is whether the anime-inspired world and classical JRPG gameplay of Alpha Kimori blends as well as it sounds. 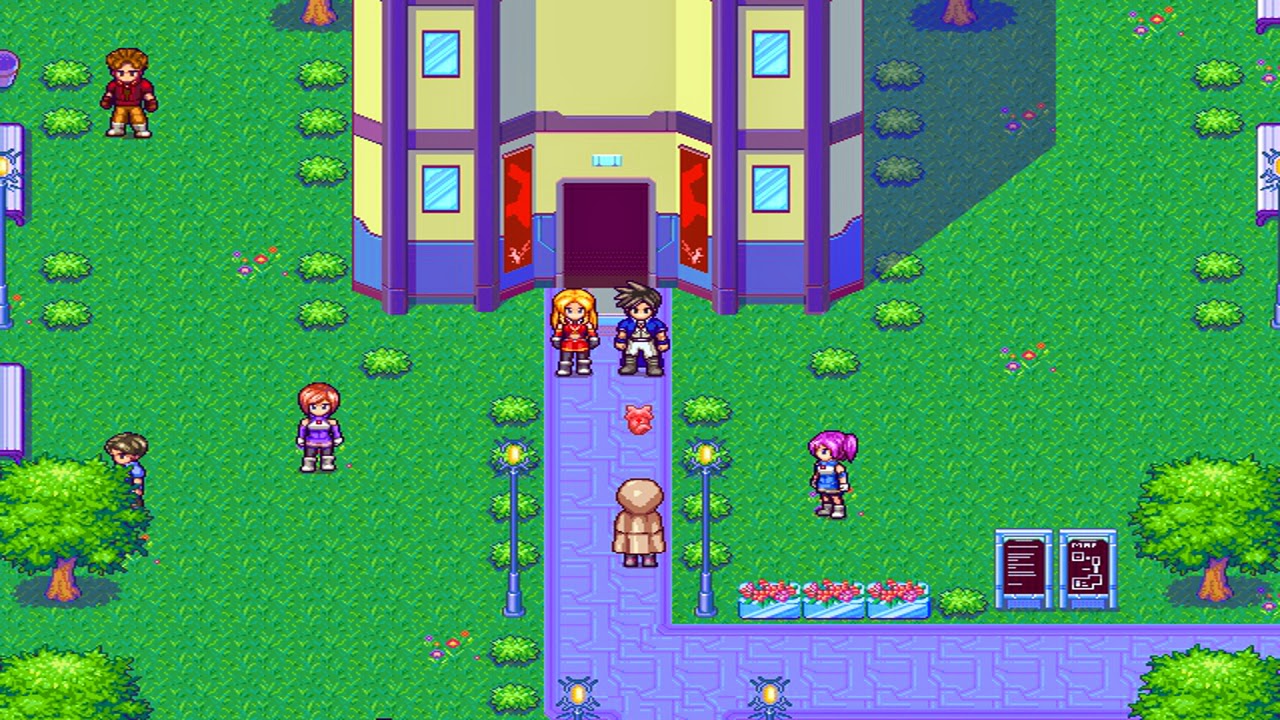 For those of us old enough to remember what it was like having to blow into your Nintendo cartridges as you try to get the game to sit just right in the tray so you could load up your game of Final Fantasy or Dragon Warrior, that nostalgic feeling of warmth and familiarity is magnified ten-fold when starting up Alpha Kimori: Great Doubt. From the very first note of the intro song to the very first pixel that appears after the leering ninja-eyes that are Sherman3D’s logo, us old folks will feel right at home; starting up a new game even though I had never played it, felt like something I had been doing for years.

The wonderful 16-bit era is beautifully recreated in Alpha Kimori but where it really succeeds is in the vibrancy of the world. Plants and trees, wildlife and citizens, enemies and your own avatars are wonderfully animated and extremely detailed for being such a small sprite. The special effects ( i.e. your skills ) are animated cleanly and are very fast, leaving no trace of a framerate drop or stuttering. Had Alpha Kimori released 20 years ago, during the Super Nintendo and Sega Genesis’ hay-day, Alpha Kimori would be standing on top of the graphics ladder, setting the bar higher than most of those core classic JRPG files.

The audio in Alpha Kimori is fairly standard; not terrible but not spectacular either. The music, while upbeat and positive, is fairly forgettable. While there are different tracks I felt that a lot of the music sounded so much alike that if felt like a song was on repeat for 20+ hours and only broken up by a victory fanfare or battle music. As I mentioned, it is not terrible, but it is not the best music that I have heard. The sound effects / ambient audio is more than passable and is of higher quality than the music, though there were a few sword swings that sounded a little tinny, though that could be due to the aging JBL speakers I was using with my laptop. Over all the audio is decent but when compared to the quality of the graphics as well as the quality of the story, Sherman3D missed the mark on this one. 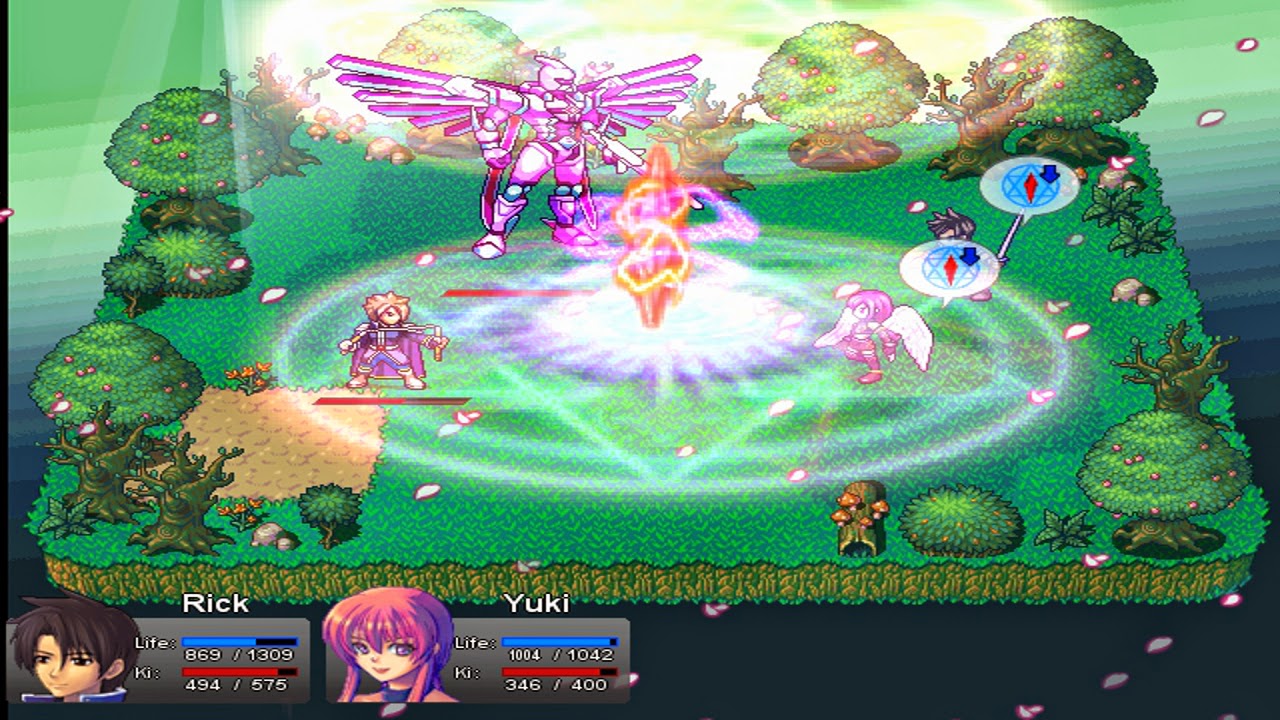 I would have liked to see much more variety in the soundtrack and a bit more time spent on ambient audio. Things like birds tweeting and crickets chirping, of a bubbling brook and bustling city, as well as the howling of the window can bring a game to life, more audio effects like those would bring another level of immersion that other JRPGs have not integrated. In todays market fancy graphics are not the end-all-be-all, it is the experience and when tools like RPG Maker VX Ace (see my review here) are readily available, you need to sell the entire experience, not just one or two aspects of the package.

While the sound may be lackluster at times, the story and quality of writing nearly make up for it. One of the big drawbacks in a gaming world where game engines and tools are available to everyone, is that you will have to wade through the garbage to find that one good game. A lot of hopeful developers will slap together some words that align with their own dreams and aspirations and then ship the game via their CDN platform preference. Unfortunately we (the gamers) are left with a ton of throw-away titles that bury the quality games and make choosing a game a bit like playing the lotto. 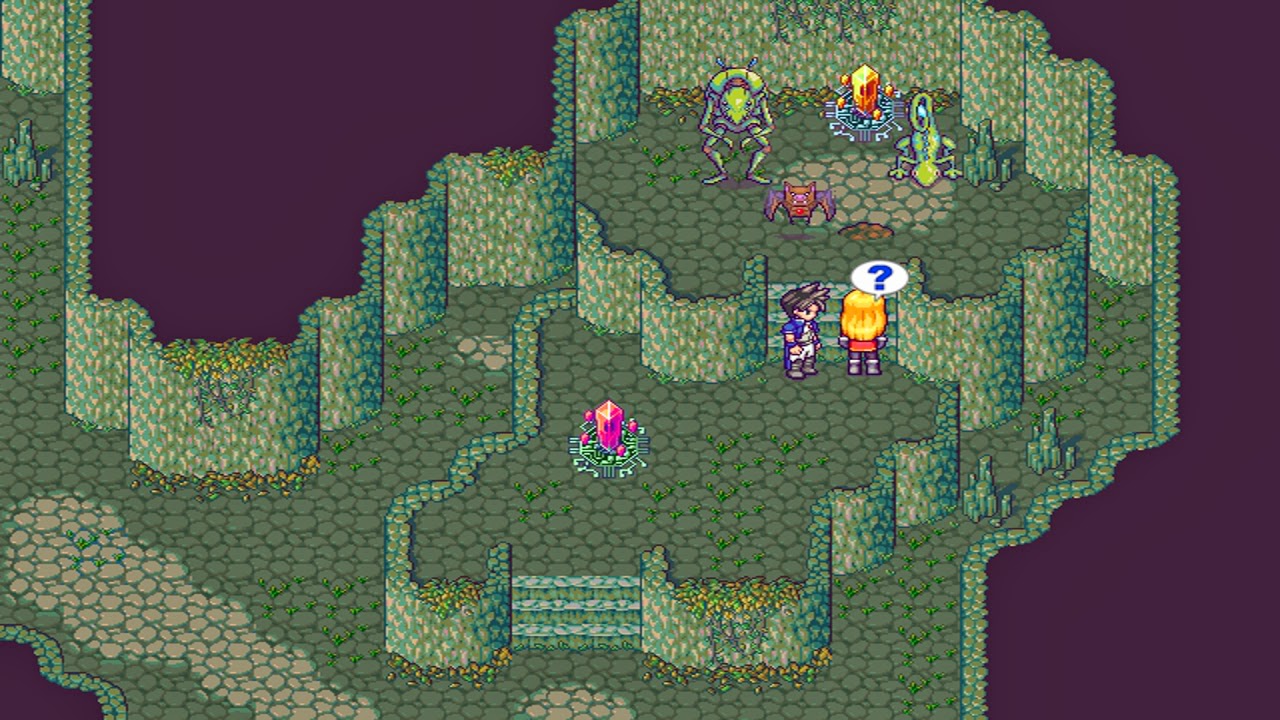 You never know if you are going to get a good one and if you do, you feel like a million bucks. Fortunately Alpha Kimori: Great Doubt is one of the good ones; you have a story that starts off as a spat between two characters as they prepare to go on a mission. As the game continues on you will find yourself attached to the different characters as they traverse the world experiencing everything life has to offer them. One of the key arcs is a love triangle and when you add that to the heavy mecha theme and the style of characters used, you pretty much have an anime that you are playing with Alpha Kimori. I was quite impressed at the quality of writing and can say that Alpha Kimori has a lasting future if Sherman3D continues to uphold the excellent writing.

As a whole, Alpha Kimori: Great Doubt which is the first episode of a trilogy, sets the ground work and backstory for the universe that Sherman3D has created. With as good as the first game is, Sherman3D has their work cut out for them with the second episode. Historically speaking far too many games have sequels that simply suck and I am hoping that the Indie nature of Sherman3D can prevail and provide us with a high quality sequel. If they were to build upon the classic JRPG gameplay, quality story-telling and if they were to improve the audio by adding more diversity in their soundtrack and by adding ambient or environmental audio, the Alpha Kimori trilogy could become a mainstay title for fans of the genre.