Class of Heroes 2G is an old school dungeon crawling RPG that is coming out for PlayStation 3 later this month. I was a huge fan of the game when it released on PSP, and am looking forward to getting a chance to try all of its new features when it re-releases. 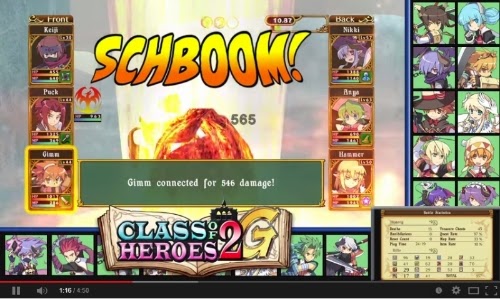 We will continue to follow along with this title as we get more information on it, but here is the press release:

MonkeyPaw Games and GAIJINWORKS have detailed how the North American exclusive dual-screen feature will work for the dungeon crawling RPG Class of Heroes 2G for the PlayStation®3 that is arriving in August 2014.

The dual-screen feature is accessible to anyone with a copy of Class of Heroes 2G for the PlayStation 3. Adventurers will also need a PSP® or PlayStation®Vita to link to the game to display the second screen.

The second screen will allow players to get constant access to important details like in-game maps, comprehensive character status/information and detailed enemy descriptions along with what loot they drop.

Not only will the PSP® or PlayStation®Vita offer the extra nuggets of valuable information but allow players to control the on-screen action for Class of Heroes 2G, creating a fully immersive experience.

All the information displayed on the PSP® or PlayStation®Vita is still accessible in the game without the additional hardware, it just won’t be displayed alongside the action on the screen.

And here is a description of the game:

When crisp air turns foul, and hideous beasts creep forth to dine on the flesh of innocents, a call will go forth. A call for brave adventurers skilled enough to protect the weak and…cowardly. And when the pale moon runs crimson, and blackness devours the land with a thick fog of death, the call will turn to a howl – a plaintive, pleading shriek. In that desperate moment, the students of Crostini Academy of Adventuring Arts stand ready to quell the darkness with staff and blade.

Choose from 10 races and 18 classes to build a party, then dive into dozens of locations with over 100 death-dealing Labyrinth maps crawling with over 250 monsters. Collect artifacts, conquer adversity, explore inter-dimensional travel, cheat death, then get back to campus to collect the “A” on your final!

The PlayStation 3 version features all-new weather effects in the Labyrinths, more music, more monsters, an all-new 10-level boss-packed Labyrinth, and optional dual-screen play, where a PSP or PS Vita can be used as the controller for the game and it will display additional information relevant to what’s happening on the main screen.

Now, for some screenshots: 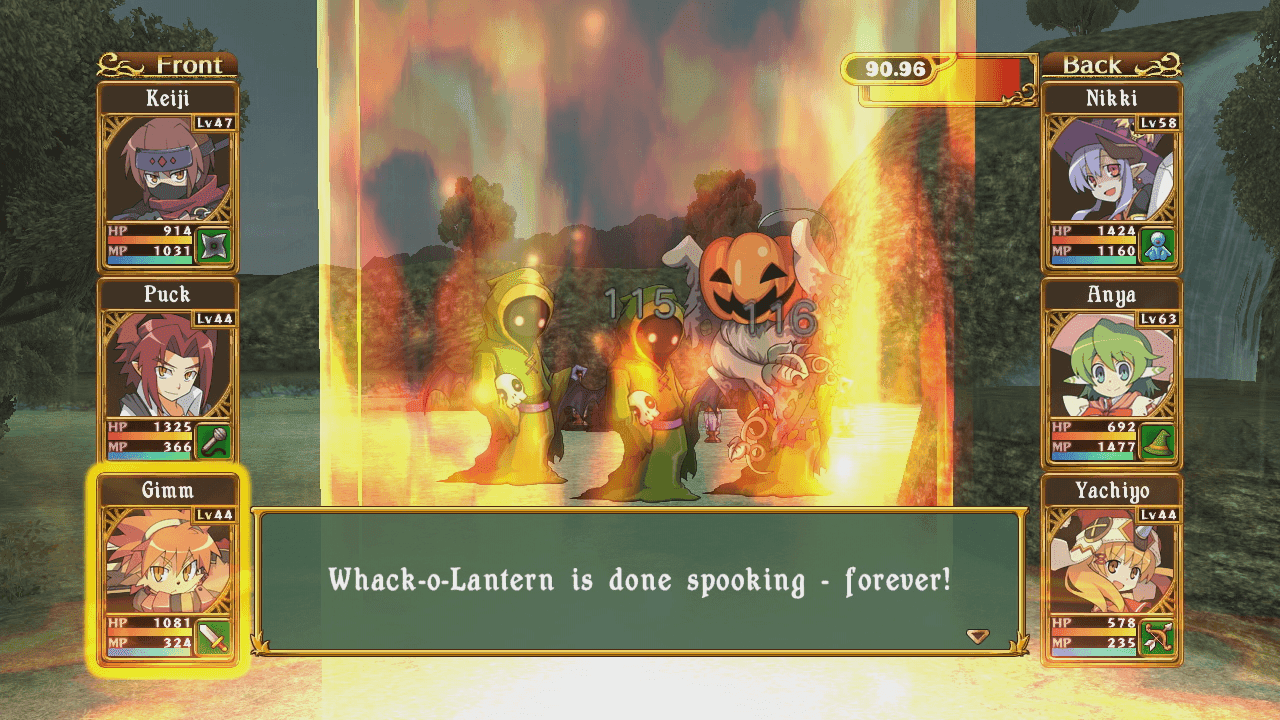 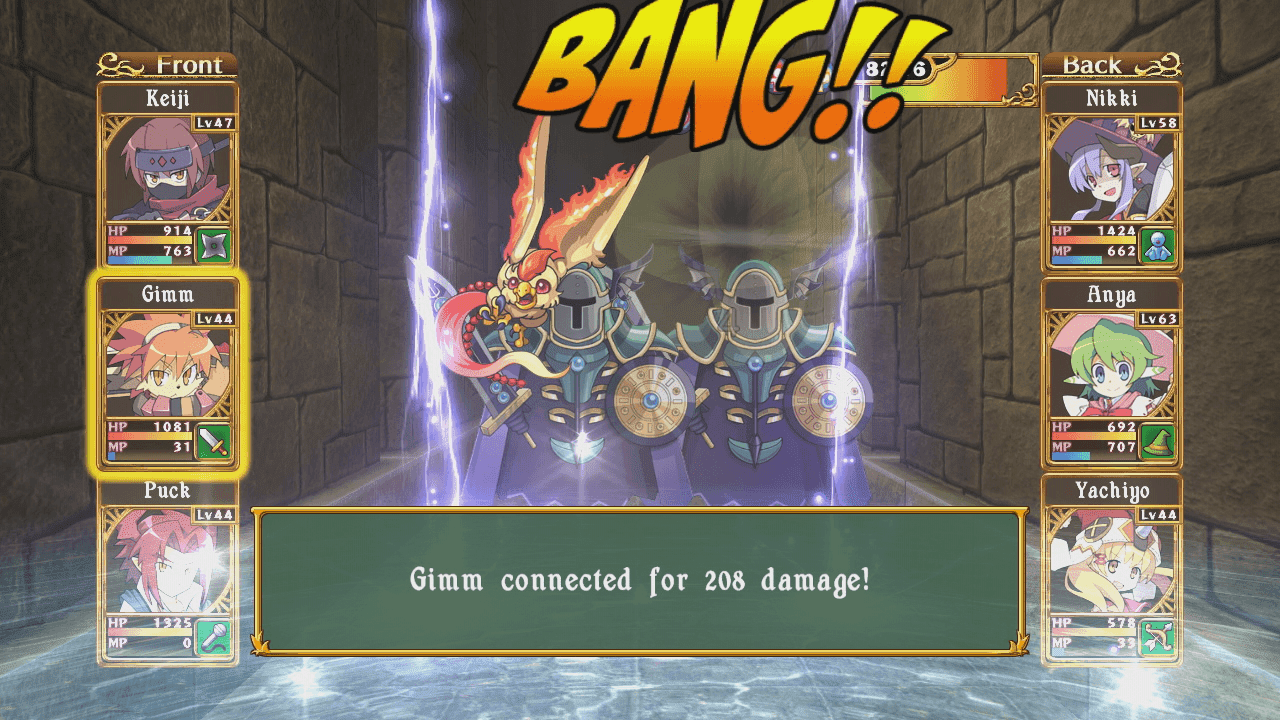 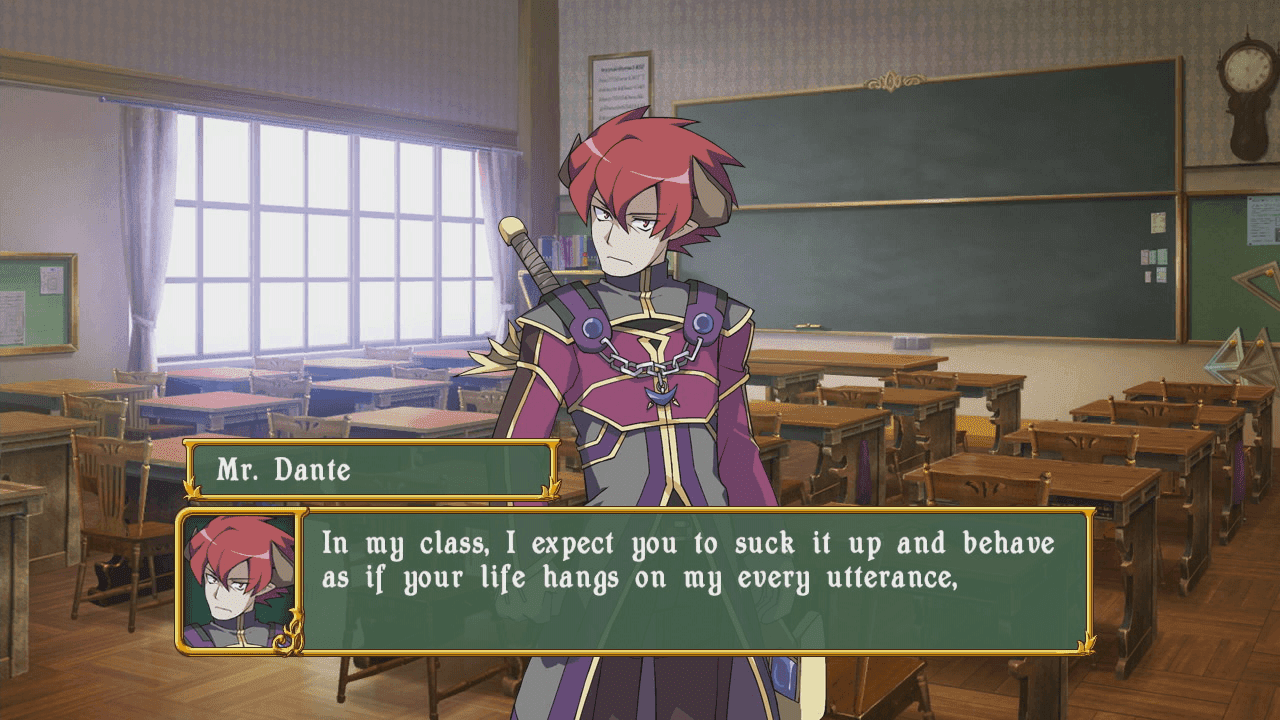 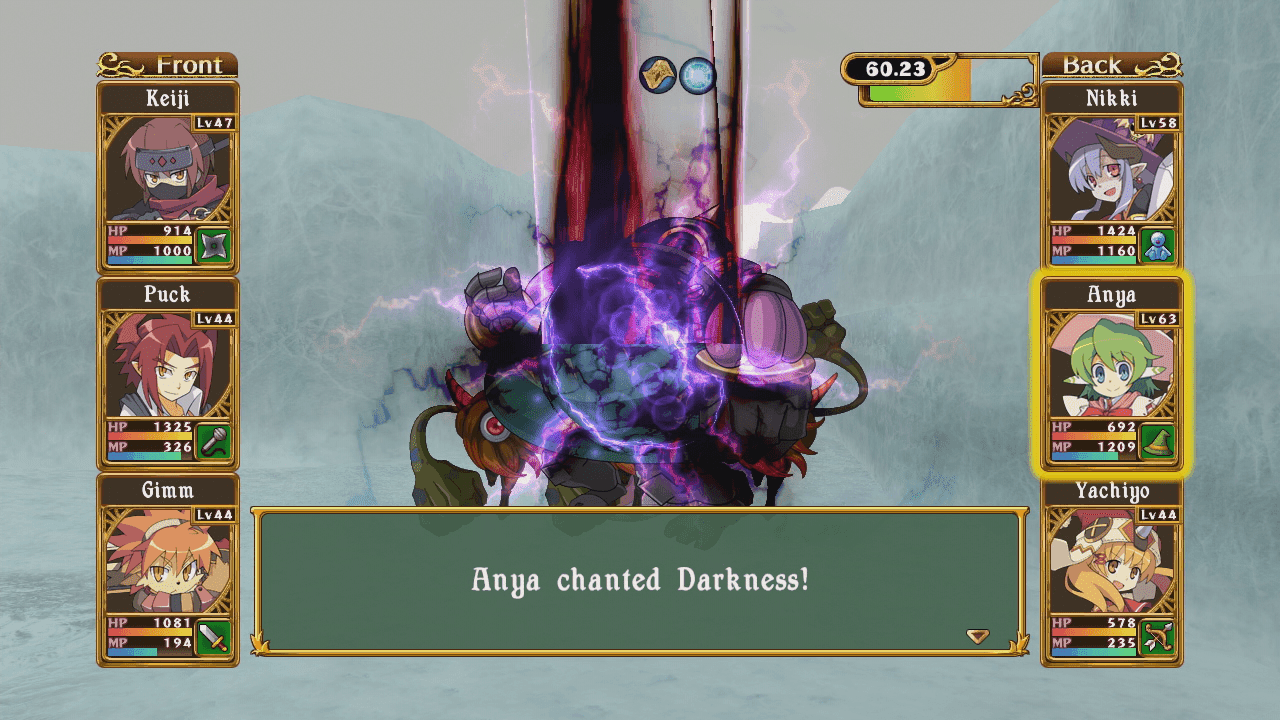 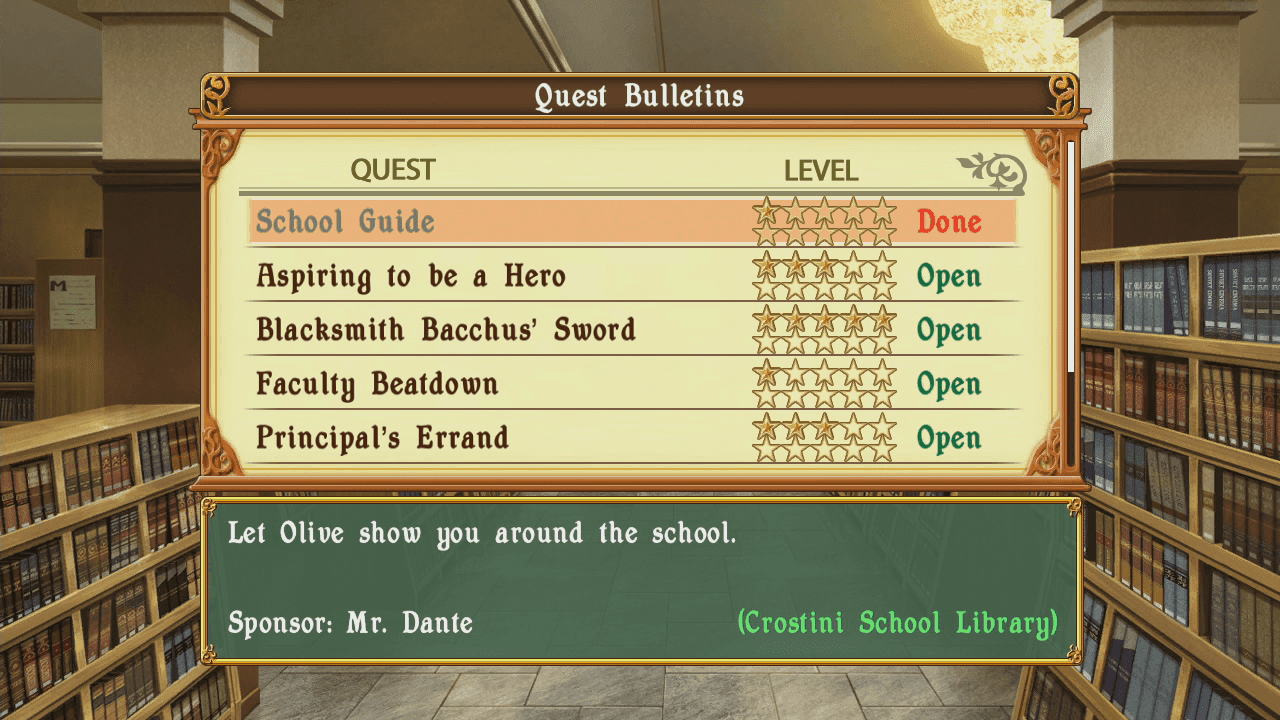 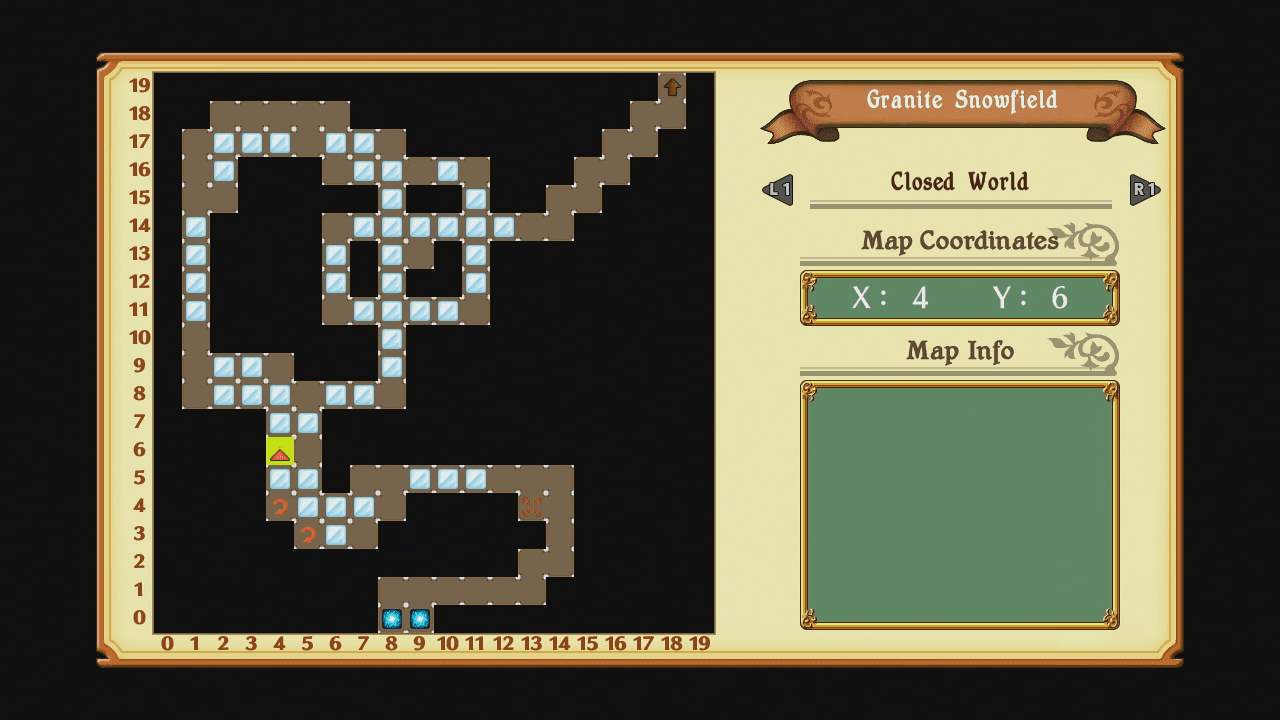 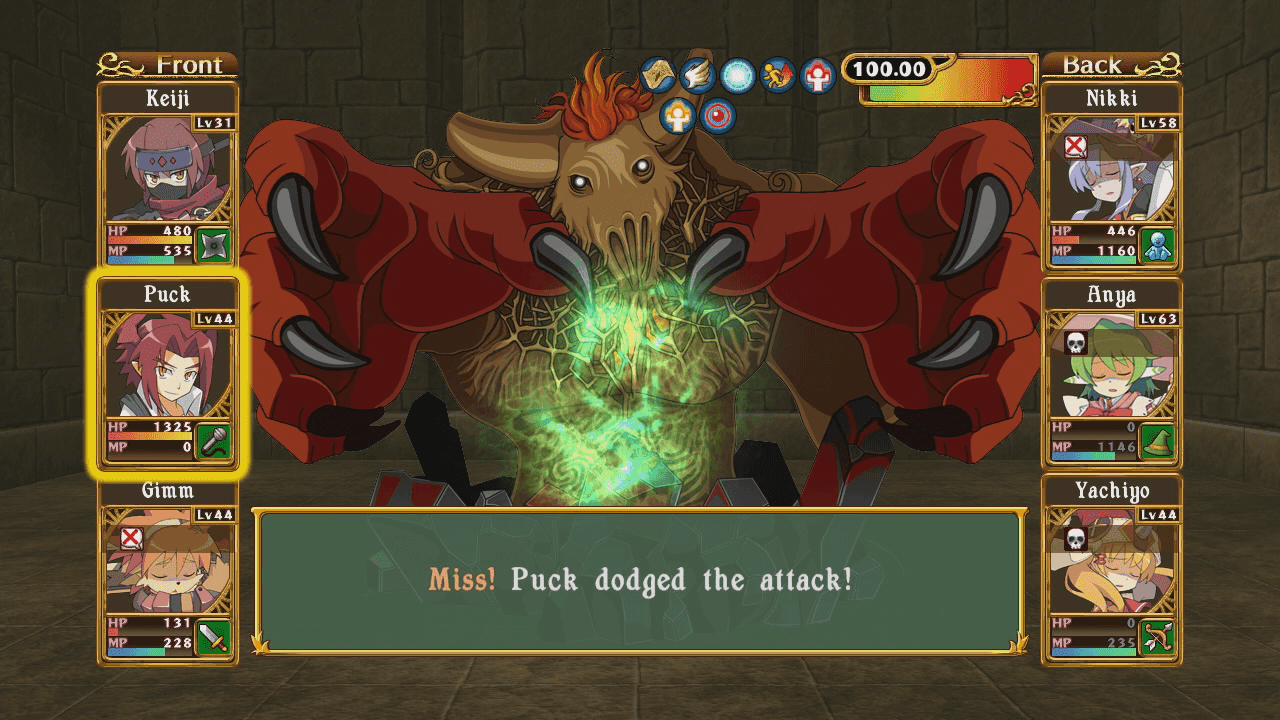 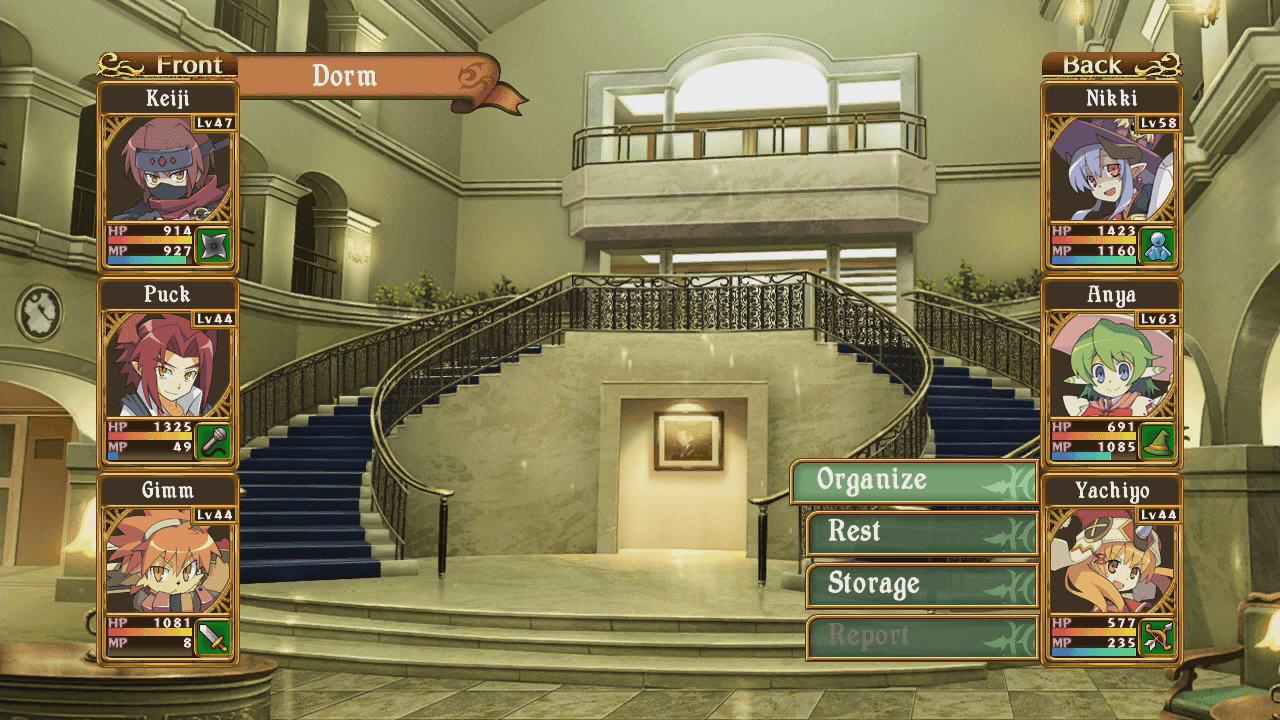 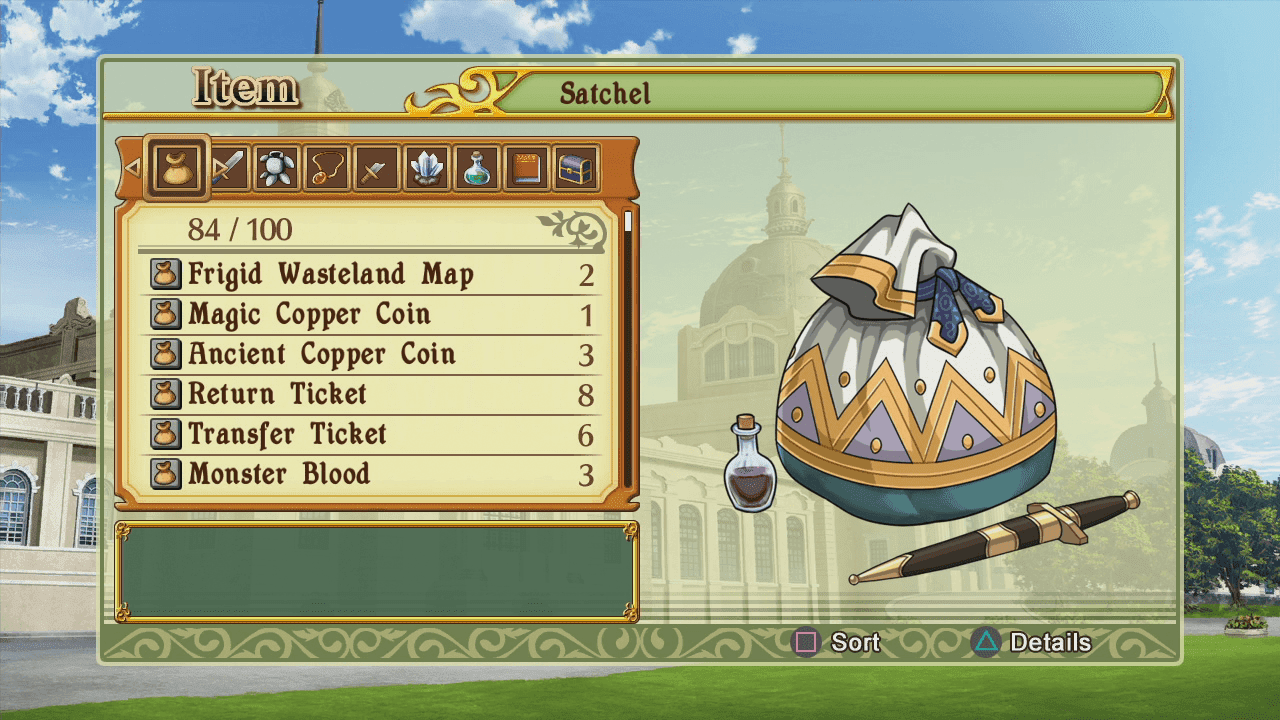 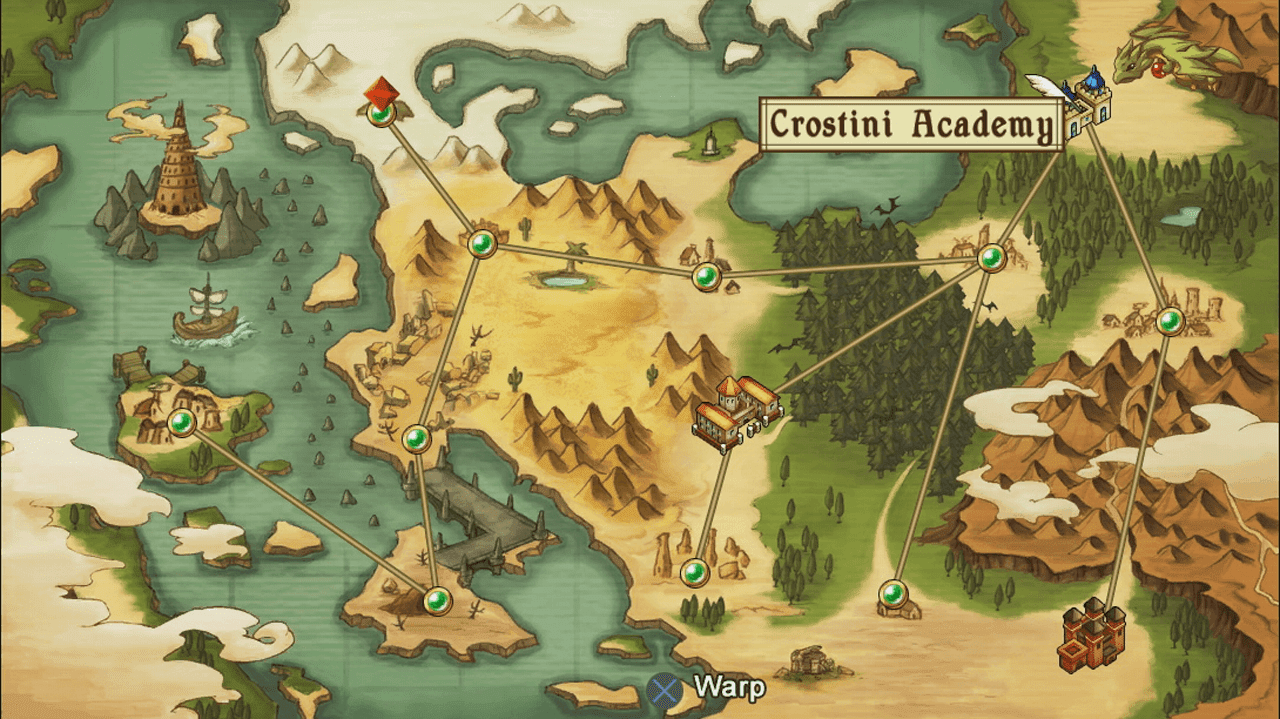 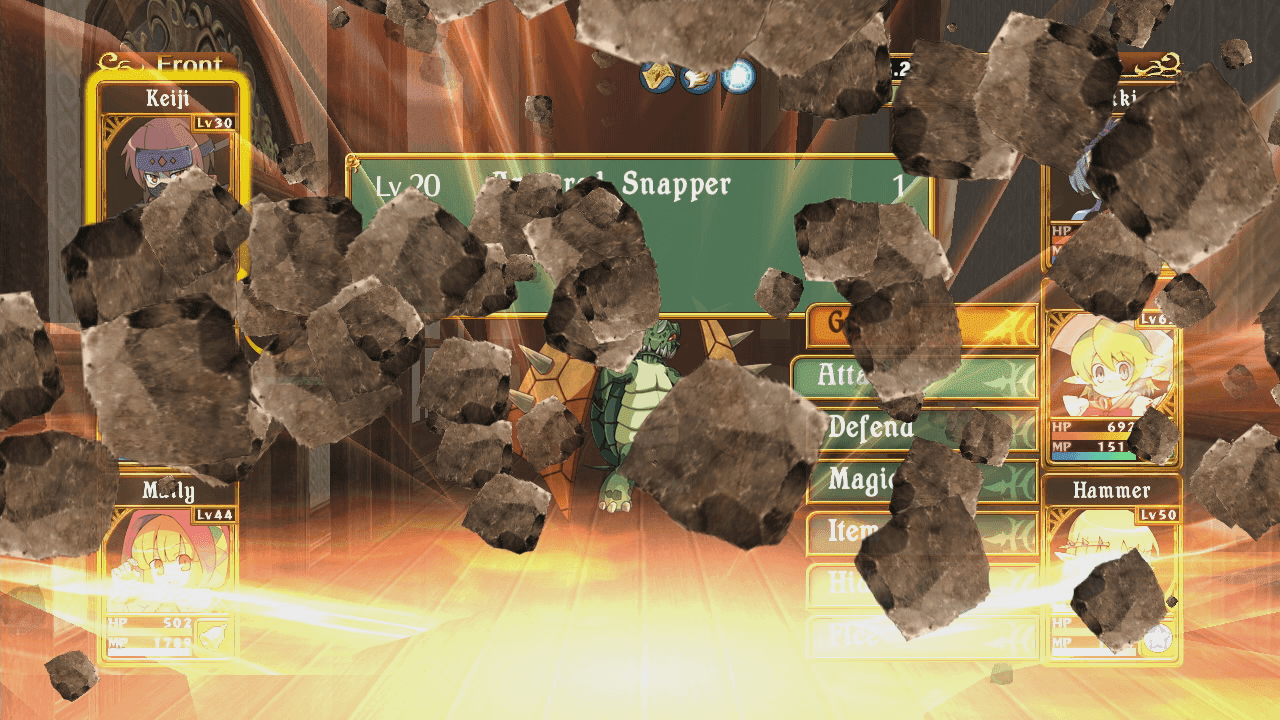 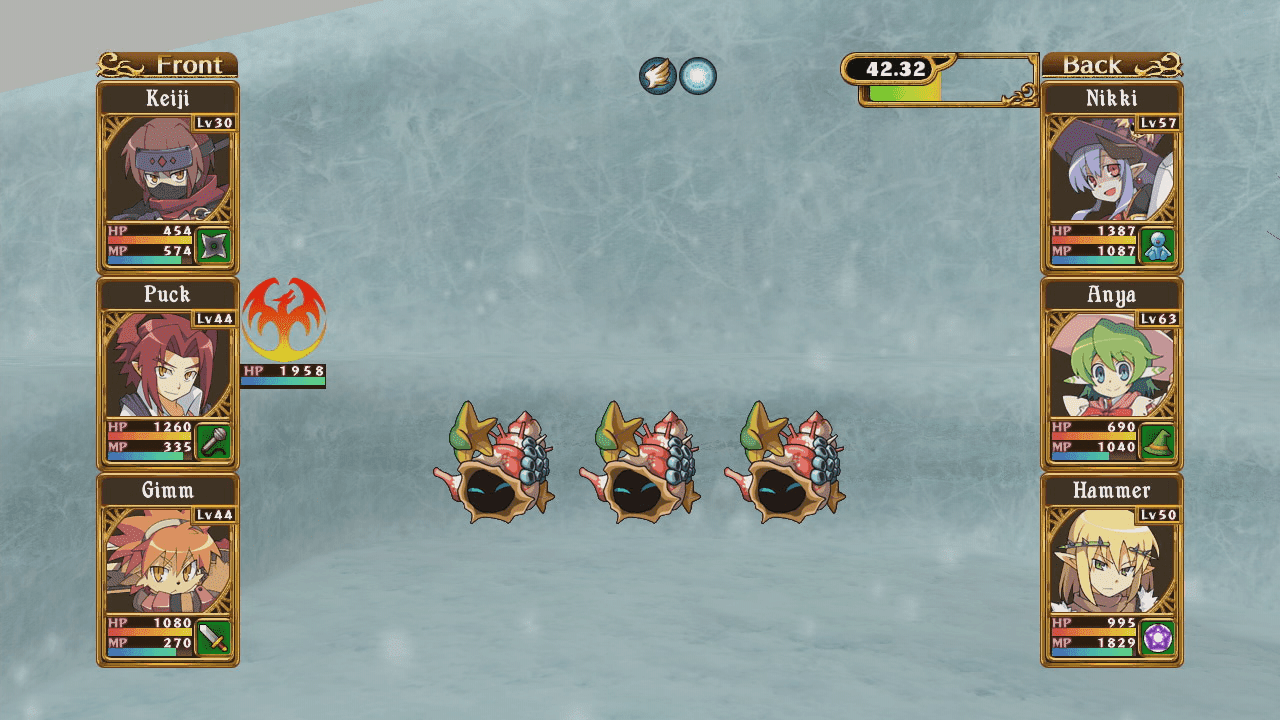 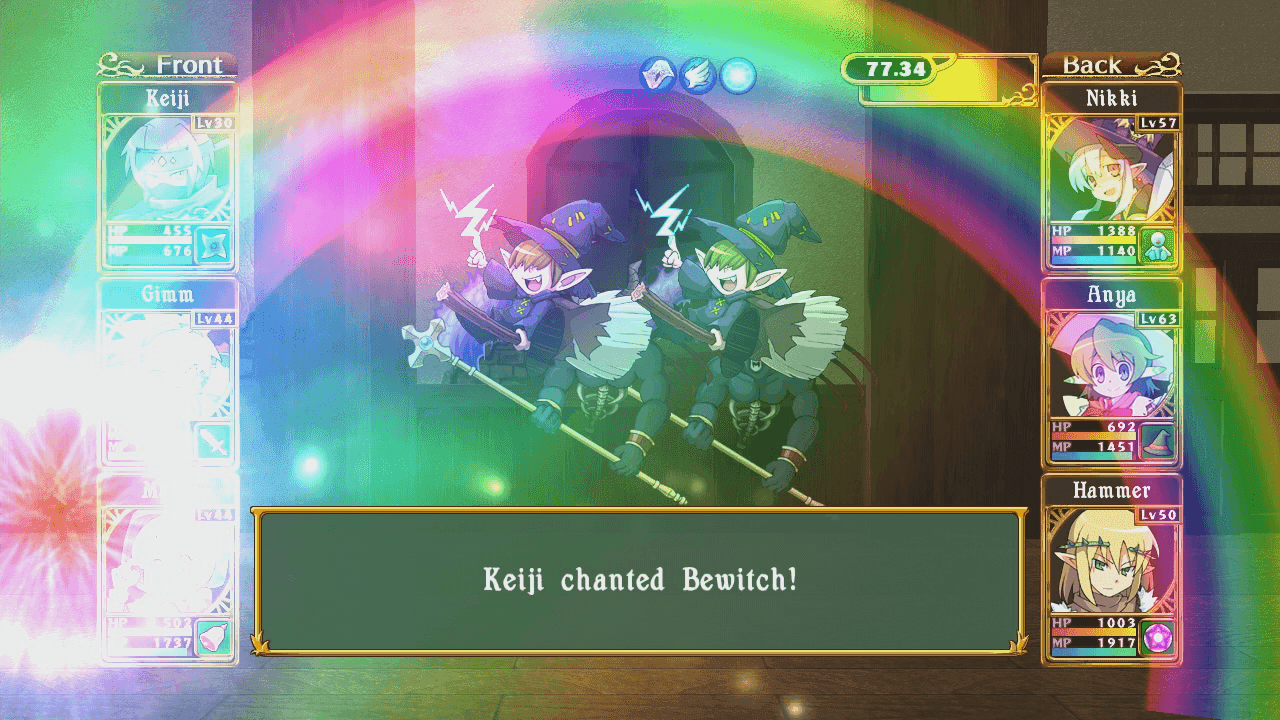 Last but not least, a video detailing the Dual-Screen feature in action: