Now that you have played Dark Souls 2 and died a few thousand times, you
are ready for the first of three DLC packs that have been announced for
Dark Souls 2. Crown of the Sunken King leads off the trilogy by adding a
few new zones, a whole host of new puzzles, and more enemies that are
looking to thoroughly thrash you. Bringing into the depths of a sunken
temple, you will wade through the ruins of a monarch long dead finding
new powerful gear and clever traps that are challenging to get beyond
and rewarding when you do. Read on to hear my take in this opening DLC
for Dark Souls 2, the Crown of the Sunken King downloadable content. 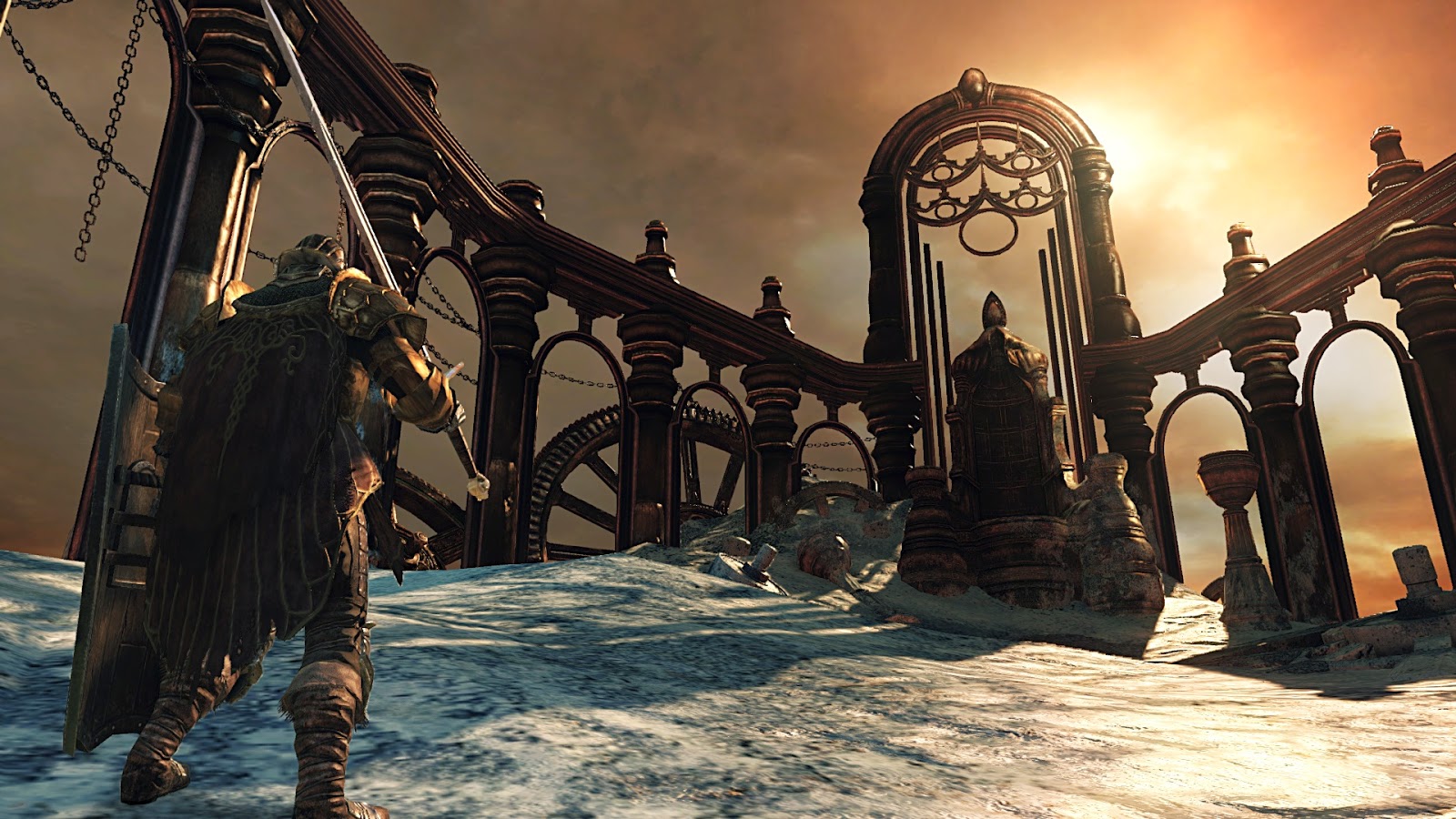 Dark Souls 2 is a spectacular game. When I sit back and really ponder
it, Dark Souls 2 is my #1 game for 2014 (as it is for the
Editor-in-Chief, Nick, you can see that here) and I cannot say enough
good about it. While I always try to stay spoiler free, if you have not
played the core game I suggest that you finish that wonderful game and
then read my review of it here. The last thing I want to do is spoil
anything for those of you who have yet to play the game; that would be
pretty terrible of me, so go, go now and play Dark Souls 2, you will not
be sorry.

Graphically the game has not changed; the new zones seamlessly mesh together with the core game so well that the only way you can distinguish the two apart is how to actually get to the new zones. Where Dark Souls 2 is a huge open world, Crown of the Sunken King is an appropriate add-on to the world of Drangleic where you will need to be teleported via a shrine that is accessible through the Black Gulch. When you purchase the DLC you will have an item in your inventory that when you examine it, provides a hint as to where you need to go and once you clear the poison-spitting dangers of the Black Gulch you will be able to use a shrine that is nestled in a corner behind the Primal Bonfire. This shrine will teleport you to an underground temple that lay in ruins. As you move throughout the halls, you will be set upon by hollows that are just different enough from the hollows that are throughout the core game but are designed so well that they feel like they have been a part of your travels since the very beginning.

These new hollows are vicious; there are these mace-carrying hollows that will charge you and smash you with their weapon and it hits like a ton of bricks. If your head is not on like a swivel it will be real quick after you get ambushed by one of these guys; they are brutal and more than once while trying to shield myself from one such charging attack that was was knocked back so hard that I would be thrown from the narrow cliff paths. I died more times than I can count because of those god-forsaken mace-wielding hollows; whether it is from taking the mace attack on the shield and being tossed off a cliff, or foolishly rolling out of the way … off of a cliff. I eventually learned to roll into the attack, this way I could avoid the cramped quarters. There are other denizens of the deep too, a nasty little bug-like thing that has these hideous bloated sacks of poison on their backs, as well as a few very well modeled bosses; it should go without saying, Crown of the Sunken King’s enemies are some of the best looking bad guys in the Dark Souls universe. 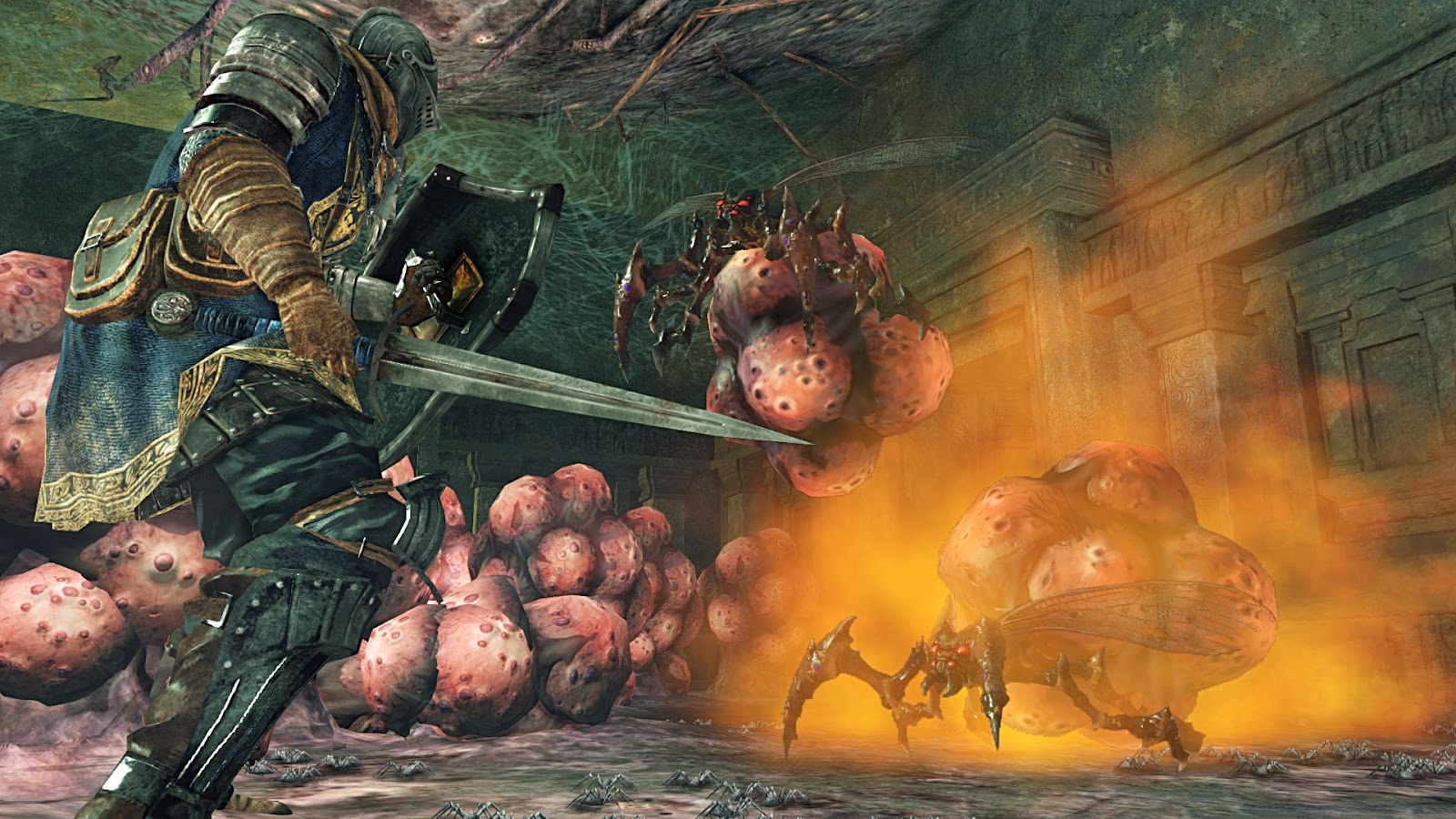 In the review for the core game I mention the audio; frankly Dark Souls 2 has some of the best audio I have ever heard in a video game. As you enter the DLC area, you are descending this rocky hill and the scope of the cavern really hit me as the audio gradually changed. The area you are coming from, while rocky and such, is no where near as cavernous and dilapidated as the zone you are journeying into and the sound carries you every step of the way. From the crumbling rocks at your feet to the distant scrape of a Hollow’s axe, each sound bit is painstakingly crafted in such a way that it keeps you alert yet lulls you into a false sense of security. There are two spots that stick out in my mind in Crown of the Sunken King; the first is along the very first path. As you descend deeper you begin to hear these various echoes and as you go deep the echoes become more defined, yet still indistinguishable and as you round a particularly sharp bend you are standing face-to-face with, well you will see (it is pretty terrifying though).

It is a bit of a shock and with the audio being so good and sucking me right into the game, well, I will admit that my first reaction was to dive back for cover. The problem was that the ledge was a bit narrow which means I dodged … right to my death. That happens. A ton. The other point that I found both amazing and disturbing is while you are traversing the upper levels of this particular cavern and in these temple rooms you would hearing this clicking and skittering as you walk by them. On top of the disturbing clicks, clacks, and scuffles you hear these grotesque squelches; it is all quite gross. However the way that the levels are designed it is difficult to get in them right away, so these terrible sounds are building up the anxiety as are trying to peer slowly around the corners and you keep hearing these sounds. When you do round the corner or get into the room, well the sight is just as creepy and disgusting as it sounded.

On top of some superb new models and the continuation of the amazing audio, Dark Souls 2: Crown of the Sunken King really shines in the gameplay aspects. The controls are just as light and responsive as they were in the core game, so navigating your walking meatbag is a breeze, it is in the puzzles and level design where Crown of the Sunken King reigns supreme. Puzzles and pathways in the core game were great, but the puzzles in Sunken King are exemplary and they make Dark Souls 2 look like child’s play. There were sections of the DLC where I had to put the controller away for a few hours to take my mind off of things, as concentration and attention to detail are prerequisites for these puzzles, however they also tend to favor the more curious adventurers, commonly having keys to the puzzle off in some corner that only a roaming adventurer may go. 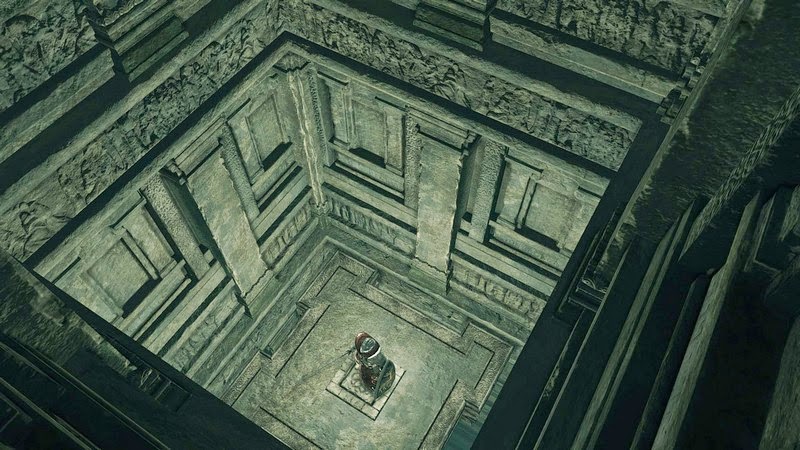 If there is one thing that Dark Souls (both 1 and 2) has taught me, it is that curiosity will generally lead to rich rewards. Or death. Most likely death. The puzzles and paths are so cleverly melded into one another that exploring and risking the coming pain and anguish is well worth the hassle. Exploration in such a hostile environment was at times, exceedingly fun and on more than one occasion, got the adrenaline flowing as you go bolting back towards a bonfire for some relative safety. If Crown of the Sunken King is any indication of what is to come, I am absolutely and unequivocally excited for the future of Dark Souls 2.