The Tower Defense genre has been a popular format, typically found in Flash or other web-based games. Usually adhering to a top-down format of placing defenses at static locations in order to protect against waves of enemies, it lends itself well to short pick-up-and-play sessions. While there have been some standout releases like Defense Grid and Anamoly that have come out on Steam, most other releases have felt like ports of existing web or mobile games. In order to bring a more robust and unique experience to gamers, the Action Tower Defense genre was born. Putting the player in charge of an avatar inside the game world, and allowing for more customization and direct interaction with the enemies and surroundings, games like Sanctum and Orcs Must Die have created a completely new experience. Dungeon Defenders from Trendy Entertainment was among the first wave of entries in the genre, and their follow up game Dungeon Defenders Eternity has just been released. But does the game do enough to build upon the early groundwork of its predecessor, and create a fresh experience? 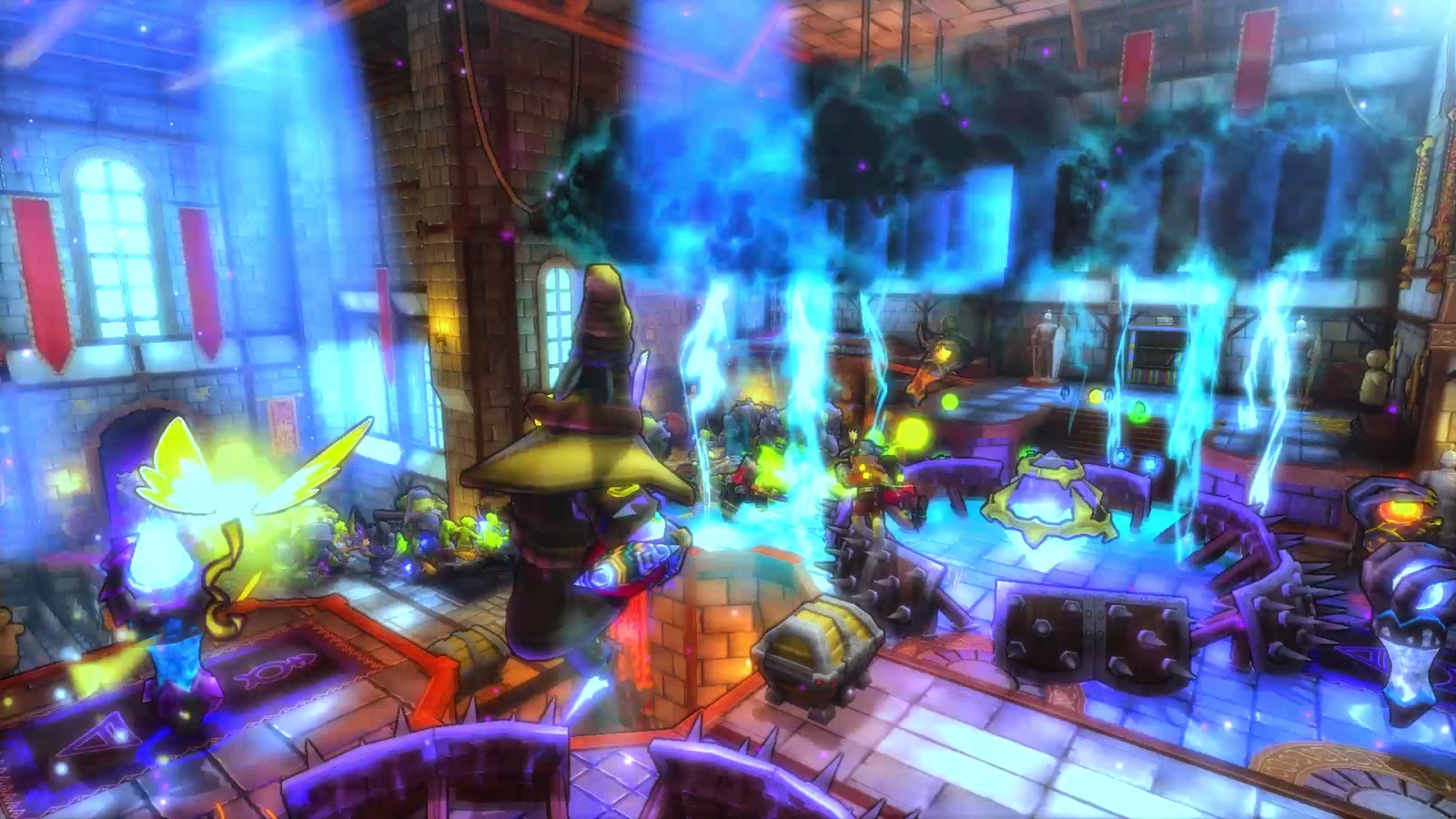 Dungeon Defenders touts itself as a “tower defense action RPG.” From a third-person perspective, you are tasked with defending the Eternia Crystal from an onslaught of enemies. Each level has a unique, serpentine layout of paths through which enemies will assault the crystal. While you have the ability to attack enemies directly with ranged or melee attacks, with your own damage and defense growing as you equip new gear and gain new experience levels, you will not be able to cover all lanes of approach at once. To defend the unattended flanks, autonomous defenses such as spike walls, ballistas, and cannons can be summoned anywhere on the map. With the careful use of choke points and lane overlaps, it then comes down to simply ensuring the defenses remain repaired between attacks. These core gameplay mechanics are what set the stage for the first Dungeon Defenders, and remain largely unchanged in Eternity.

In fact, the theme of being largely unchanged applies to quite a bit of the core game here. The first Dungeon Defenders was rife with DLC which added new maps, characters, and equipment. Eternity’s base package incorporates a large chunk of that content in the base package, resulting in a lot of maps and encounters that are uncomfortably similar to the original game. Equipment drops are still plentiful in the game, and managing all that equipment remains a nightmare – even with the revamped equipment system. There do not appear to be any additions to the usable towers and defenses at your disposal, meaning that strategy in that regard cannot evolve much.

What is worse, is that quite a bit of what doesn’t feel similar actually feels like a step backwards. 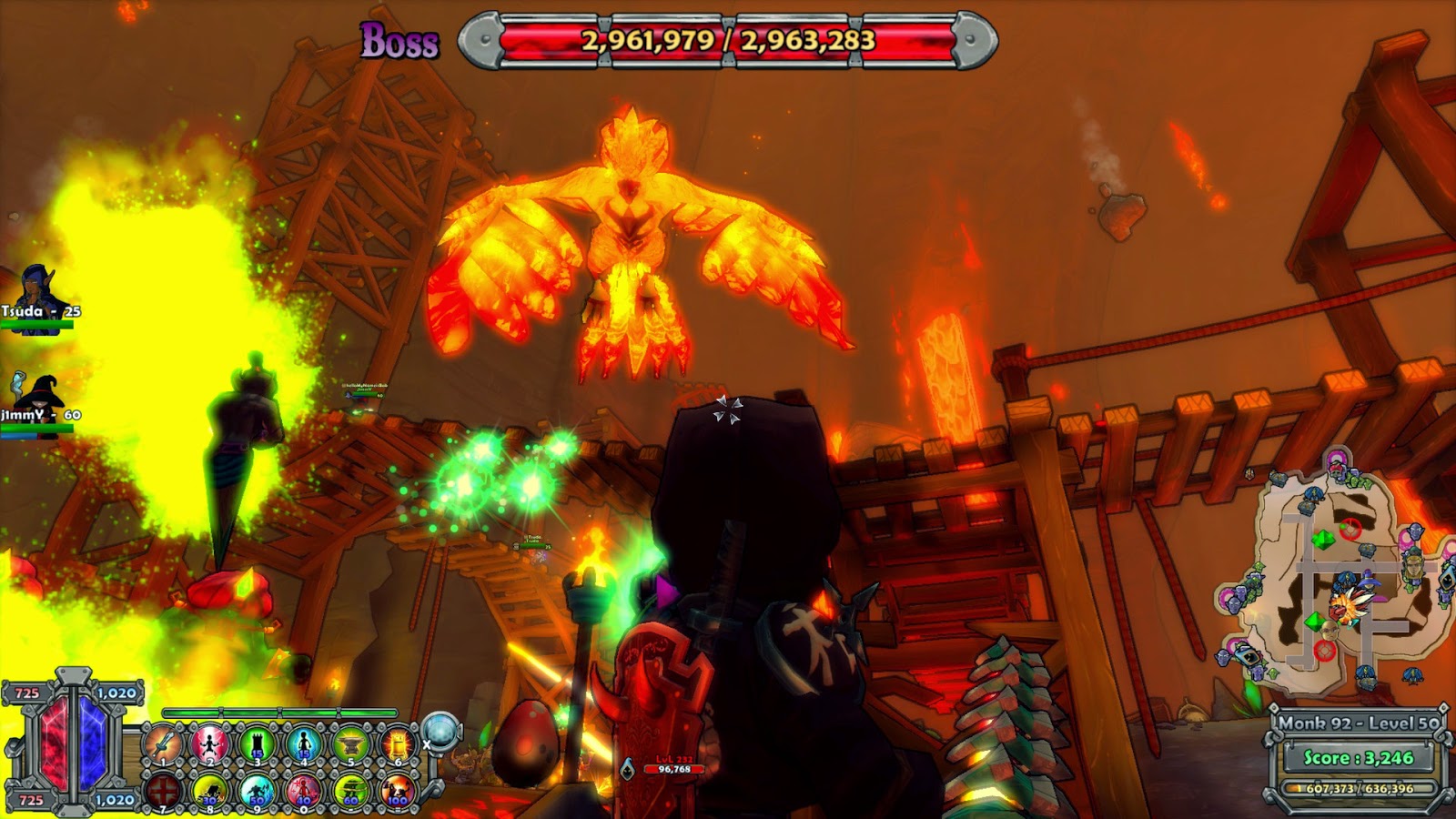 The inventory system is still a nightmare, and though they claim to have simplified management a bit, it’s a confusing display of stats, and really not suited to the sheer quantity of equipment being doled out. A crafting system was also added, which feels superfluous and unnecessary for this experience. The tavern that serves as your testing ground and character management area is now cluttered with other players puttering about, testing things on their own. This makes it hard to actually interact with certain elements, and there never seemed to be much in the way of actual player interaction taking place. The worst aspect is the newly implemented DRM and game streaming layer. Presented as anti-hacking, I can see the benefit there, but this was not an issue I would ever encounter in my  games anyway. It forces you to connect to servers, even if you wish to do single player or local coop, and it is presented with a completely disjointed side panel that pops out when you join the server.

It is not all bad, though, as there were some changes to the game mechanics that serve the experience well. The control you have over tower placement is much improved, allowing you to move around and manipulate tower facing far more easily. The always-on minimap effectively packs a lot of information into an easily understandable view, which is vital in the more labyrinthian maps. Your character now has a dash that can be used to quickly move around the map, though it does have to recharge after a few uses. The actual maps and encounters are much quicker now, which is great as the old game could really drag on with lengthy late game encounters. And despite the presence of old maps, there is still quite a bit of new content in terms of levels and customizable equipment.

As a new release in the Dungeon Defenders property, Eternity comes across as a very divisive release, and one that does not come across as a truly new release or sequel. Though there are a few improvements to the core game itself, the rehashing of existing content, and inclusion of a troublesome form of DRM detract from that “new” feeling I was hoping for. It was really just more of the same experience that I enjoyed from the first Dungeon Defenders, but something that has grown stale over time. If you are new to the series, this is still a viable choice as it bundles a lot of things up into a cheap standalone package. But for someone that has played the original, there are two many steps in the wrong direction, and not enough innovation here to make this a recommendation.