comments Share
You are reading
Fist of Awesome – PC Review

Please note that this review is for bearded folk only; those of you that do not have said beard must spend an eternity ever wondering what it is like to be so blessed by such awesome chops. Fist of Awesome is a manly-man’s game; it makes those Old Spice commercials seem like a group of frail little school-girls huddled up around the newest fashion doll (now with 8 opposable joints!). In the world of video games, Fist of Awesome is Chuck Norris; that fist hidden in Chuck’s beard? It is a Fist of Awesome. If you do so happen to have a beard, please, pick up the nearest fallen tree to use as a tooth pick and come right on into this wonderful land of bear-punching goodness. 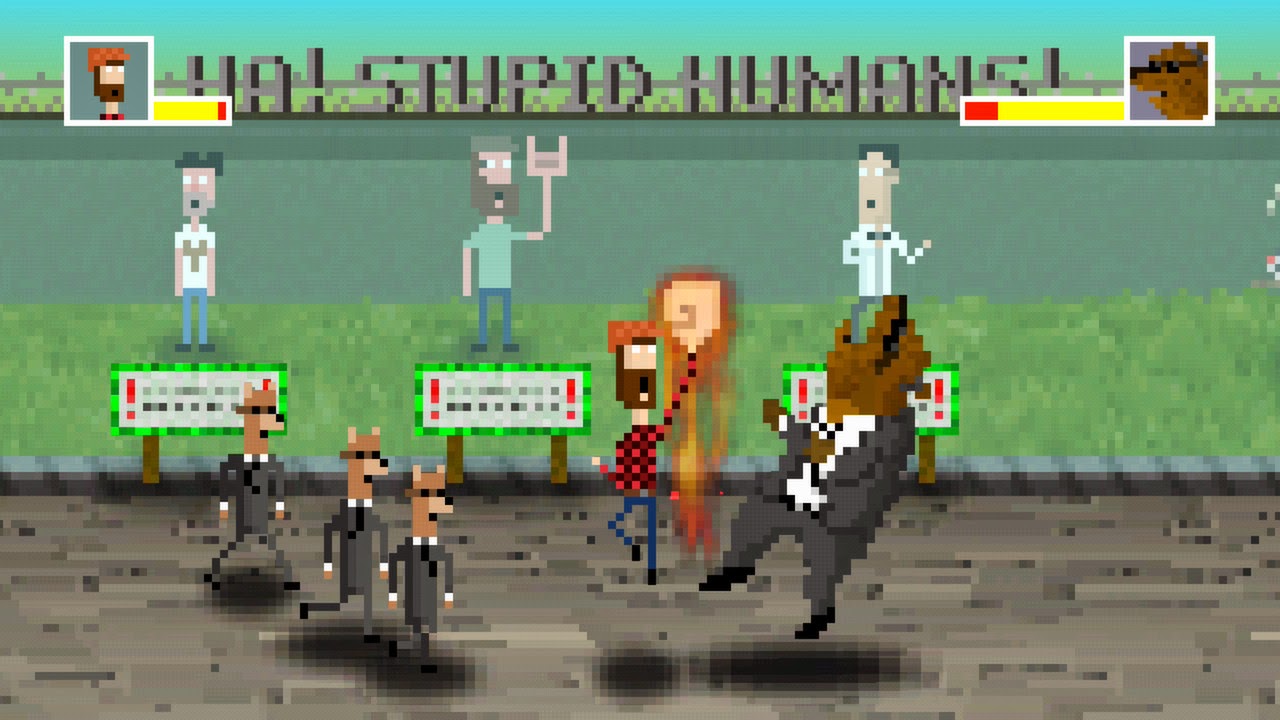 Fist of Awesome is for real men (or ladies that like real men). You are Tim Berr; Time has a beard. Tim also wears a flannel shirt. That is about all you need to know. Tim decides that he is going to have some close friends and family over to his log cabin and all was well until a strange sound and a quick flash. The next thing you know is Tim’s house is on fire and his dearest family and best pals are gone! Does Tim wallow in self pity? Does this bearded masterpiece of mankind sulk about wondering where all his buddies have run off to? No, he does not. Instead he punches a bear. He punches a lot of bears. How well does he punch bears you ask? Don your beard and read on to hear more about Nicoll Hunt’s bearded bear-punching side-scrolling beat ’em up, Fist of Awesome.

I honestly do not know where to start; when I sit down and revel in my time playing Fist of Awesome, which not only is an action-y beat ’em up with RPG elements, is a game made by, and for, folks with beards. As I sit here trying to come up with a more comprehensive review for you I am at a loss, all I can think of are terrible one-liners like ‘Has beard, punches bears, would buy again 11/10′ but that does not really do this little title justice. Put together by a small team, Fist of Awesome, while having a fairly comic plot, is actually an extremely solid side-scrolling beat ’em up. Use graphics that could only be described as ‘hardware accelerated original Pitfall,’ Fist of Awesome makes a point to not take itself seriously as soon as you start it it and it works. Simply works. The same premise is followed with the character designs and animations; as you wander through each level punching and kicking countless deer, bear and other evil fauna that has taken over the planet, you will be constantly reminded that Fist of Awesome was given one purpose and one purpose along. To bring joy and happiness to the world. There are no glitzy particle effects, no glamorous 3D models; just you, a beard, and some bears that need to be punched. I cannot fault Fist of Awesome for poor or low-fidelity graphics as that is exactly what they are trying for, something basic, simple and engaging and graphically speaking, they pull it off excellently. 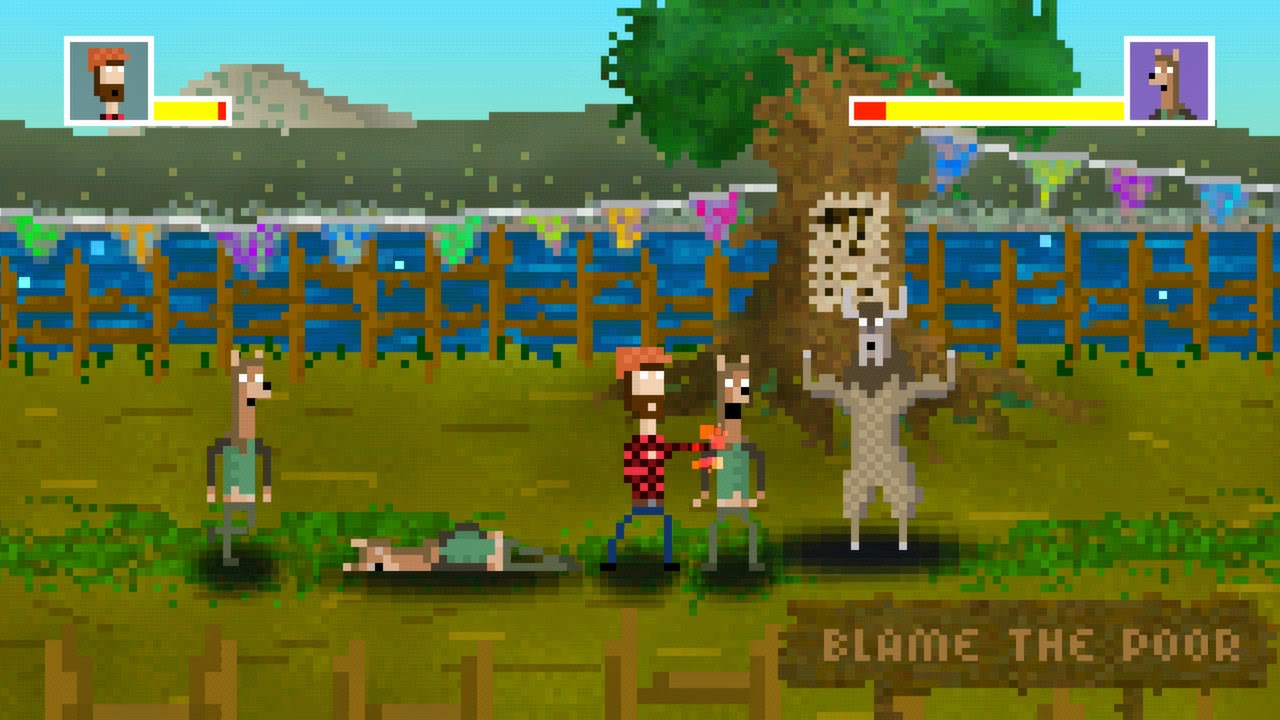 Sound effects are on par with what you would have found in the 16-bit era of gaming goodness; with quality bips, bops, and beeps, Fist of Awesome’s aural aesthetic fits right in with its visual. Naturally the background sound track and the quality of the sound effects themselves are a bit cleaner than you would have found back in those days, but it helps carry the classic beat ’em up feel that Fist of Awesome is going for. Honestly, I would have never guessed that the thwack of kicking a deer in the crotch could be so hilarious or so gratifying, but thanks to Fist of Awesome I am now in the know. That sentiment is pretty common throughout the game as well; ever wonder what it sounds like to do a flying karate kick into the face of a giant bear? Well, Fist of Awesome will fulfill your quest for knowledge when it comes to those oddball requests.

I truly wish that there was more to say but really if I said much more I would just take away from the game itself, which would be horrible. Fist of Awesome is wonderful little title that is a throwback to bearded folks and beat ’em ups like Final Fight or Double Dragon but with a whole lot more humor thrown in. Fist for Awesome represents to me some of the best that Indie developers have to offer. Take a classic, tried and true formula, think up a crazy, out of this world plot, then put a bearded man in it; it is a recipe for awesome-ness and this title certainly is.