As some of you may know I am a pretty big fan of tools that allow gamers and aspiring developers to create their dream, tools such as RPG Maker VX Ace and FPS Creator Reloaded are designed by gamers, for gamers. I originally came across FPS Creator Reloaded while browsing the Steam Greenlight projects for additional game creation or modding tools when the title caught my eye. On a whim I clicking the link and was in for a relatively big surprise. More often than not tools that are claiming to be easy to work with tend to be a bit on the sub-par side. FPS Creator Reloaded looked not only easy, but the Steam page was full of some excellent videos and screenshots showing that the application was not only easy to use, but incredibly detailed and thorough. I was immediately hooked and reached out to The Game Creators, the small Indie studio behind the FPS Creator application.

When my email was responded to, I was delighted and thrilled to find that the development team was extremely down to earth and incredibly active within their community. The dedication that The Game Creators have, not only to the software, but to their fans is inspiring and a perfect example of how developers should act. The entire team has been incredible responsive and help with any number of questions or issues and will do everything they can to ensure their fans are taken care of; needless to say I am nearly in awe of the application and am extremely impressed by the developers as I was granted an interview with Lee Bamber, a lead developer and founding partner.

My experience with first person shooters dates back to the good ol’ days of Quake, Doom, and Duke Nukem (I played a little Wolfenstein but it was not my thing) and 3.25″ diskettes. I was immediately hooked; I mean I could run around and destroy waves upon waves of demons. Then “multiplayer’ exploded with the help of the now-defunct GameSpy multiplayer platform (R.I.P. GameSpy, I enjoyed many years of your service). As games, hardware, and the internet evolved I was introduced to StarSiege: Tribes which was very open to modders; you could find custom textures, models and even targeting reticles; I read a few articles and talked with some friends and learned how to customize my game. That little bit of experience that I learned put a bug under my skin and gave me the itch to create my own content. 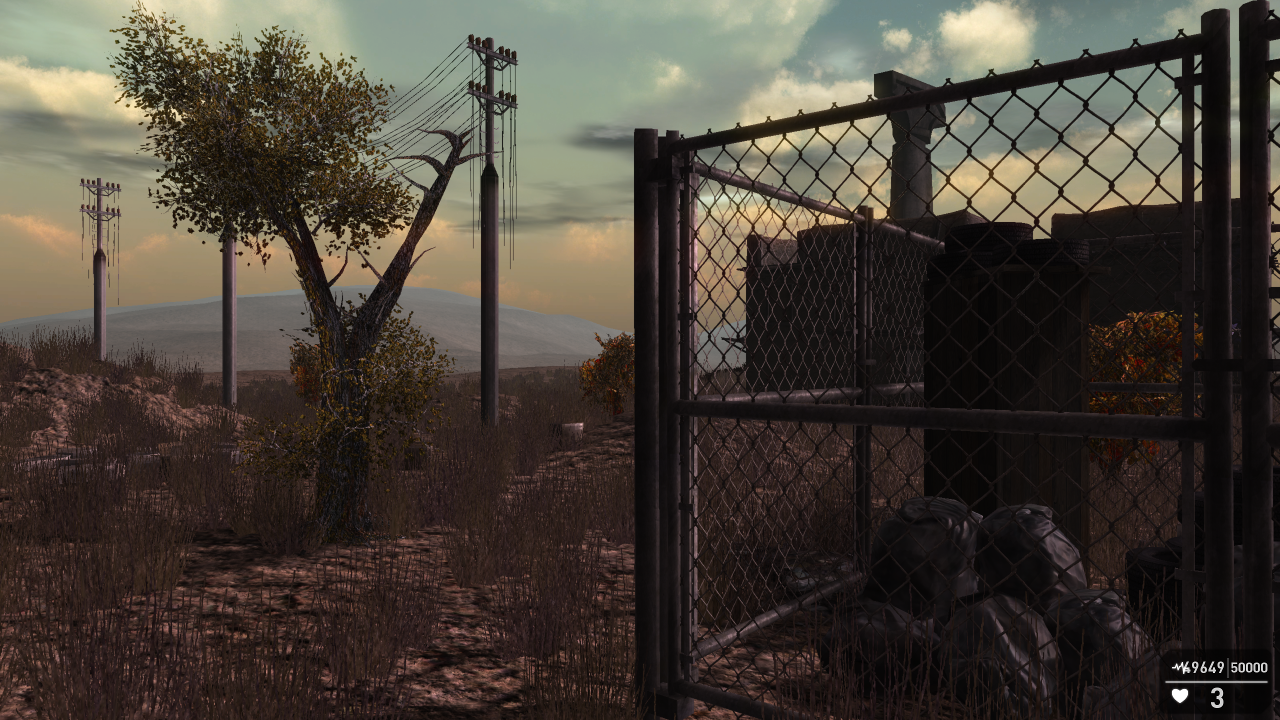 When WorldCraft (now Valve Hammer Editor) first gained traction in the modding / custom levels world, I was immediately drawn to it; WorldCraft was fairly easy to pick up and learn and I was able to make maps! It was awesome. Over time I stepped out of the first person shooter genre on the PC as the dungeon master tools in role-playing games like the Neverwinter games. It was not until a few weeks ago when I got a response back from the good folks at The Game Creators, that I realized how much it is that I missed letting those creative juices fly. The issue that I had though, was that other editors, like UDK or Unity were just a bit much for me and tutorial guides and videos are nice, but I am what is called a “tactile-kinesthetic learner” which means I learn by doing; I have to ‘feel’ what it is that I am learning while being taught. Then came FPS Creator Reloaded; I did not need to be a rocket scientist, nor did I need to be a programming wiz-kid; it is a tool that is not only easy to use, but it is fun!

Over that last few weeks I have made maybe a dozen of so maps, well, started a dozen or so maps as I will get three-quarters of the way done with a map then I will find a new shiny bauble in the system that I want to play with, which then needs to be implementer everywhere in the map. Instead of retrofitting the map with said bauble (it could be something as simple as new structures or entities), I would start over from the very beginning. That is okay though, since FPS Creator Reloaded, even in the beta state, is fast and very easy to use. As development continues, The Game Creators will be releasing purchasable packs that will give you more models, textures, and items to use in-game; I for one am looking forward to the fantasy pack that they hint at in their teaser video ( found here ). Being able to fire up FPS Creator Reloaded an quickly start working on new or existing landscapes is a breeze and navigating the software does not require an engineering degree. 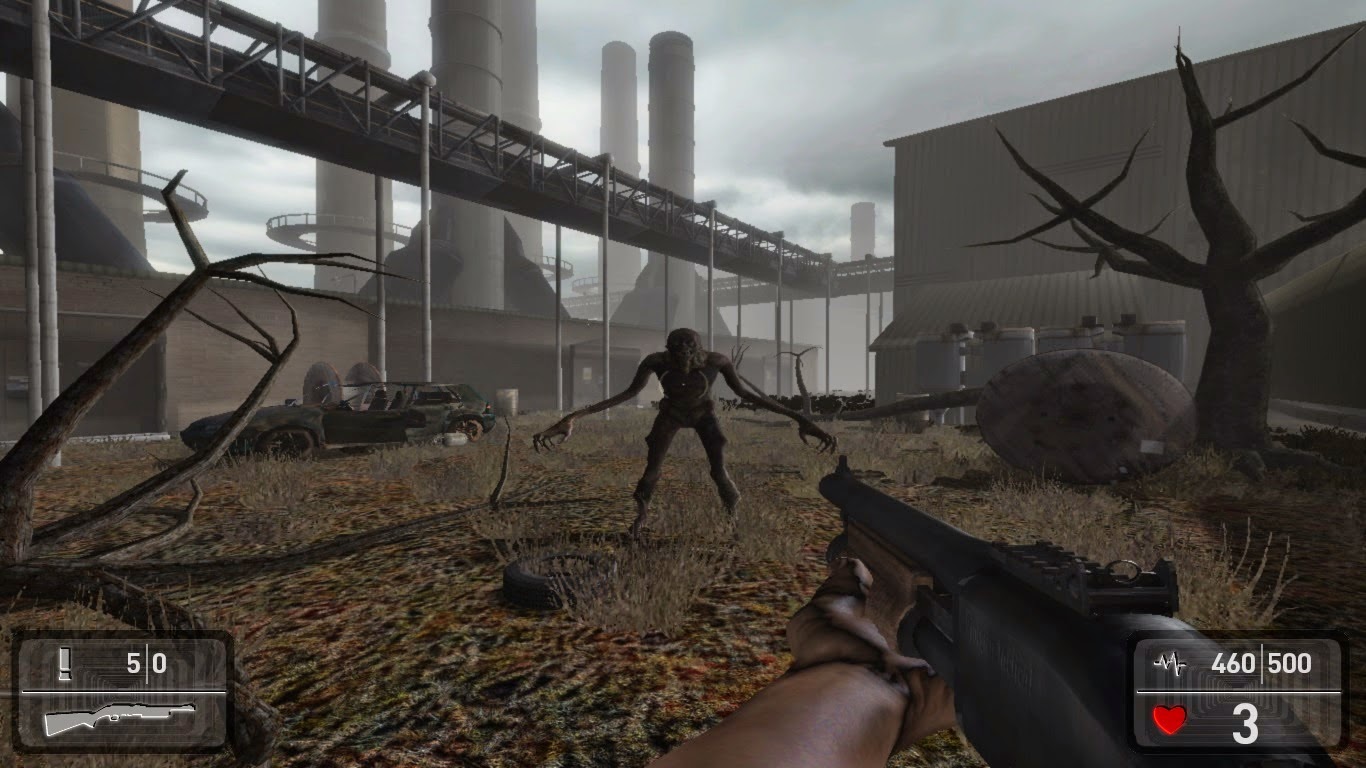 While there are relatively few menu options, the meaningful information is comfortably packed into a dock-able ‘Library’ that is easily accessible. Rather than digging through menus whose sub-menus have sub-menus (are those sub-sub-menus? oi…), The Game Creators keep the important tools, such as the terrain leveling tool as well as the waypoint tools, on a quick access toolbar at the top of the window and the icons that are used are easily recognized and are large enough that these old eyes have no issues distinguishing them over the rest of the window. The ‘Library’ houses your markers ( you can use markers for starting points, lighting effects, triggers and victory items) as well as the ‘entities’ tray. Entities will range from pre-constructed architecture and character models to furniture, grass, trees and even garbage. As you use an entity, it is stored in this little window for quick access; I found it extremely useful for the rapid deployment of assets. Even though FPS Creator Reloaded is still in beta and thus being tweaked based on user feedback, the user interface is simple and fast and as the application continues to grow and evolve I can only hope it does not do so at the expense of a clean, easy to follow UI.

FPS Creator Creator is built for beginners but powerful enough for professionals. It has been a long time since I have enjoyed a 3D level design tool, let alone a 3D FPS game creation tool, and The Game Creators have caught me hook, line and sinker. From the easy to use interface to the scalability that comes with additional packs, FPS Creator Reloaded is a wonderful tool that is shaping up to be the go-to application for small developers and gamers with dreams of doing more (like me). The support and community for the software are both stellar and as FPS Creator Reloaded grows, so too does this wonderful community. This is one piece of software that I strongly recommend.