From start to finish, Hyperdimension Neptunia Re;Birth1 feels like the perfect hopping in point for players new to the series, while those who played the original should find plenty to like about this updated and thoroughly improved version of the original. Brought to the PlayStation Vita with a variety of improvements over the original, Re;Birth brings a light-hearted story together with an interesting combat system. 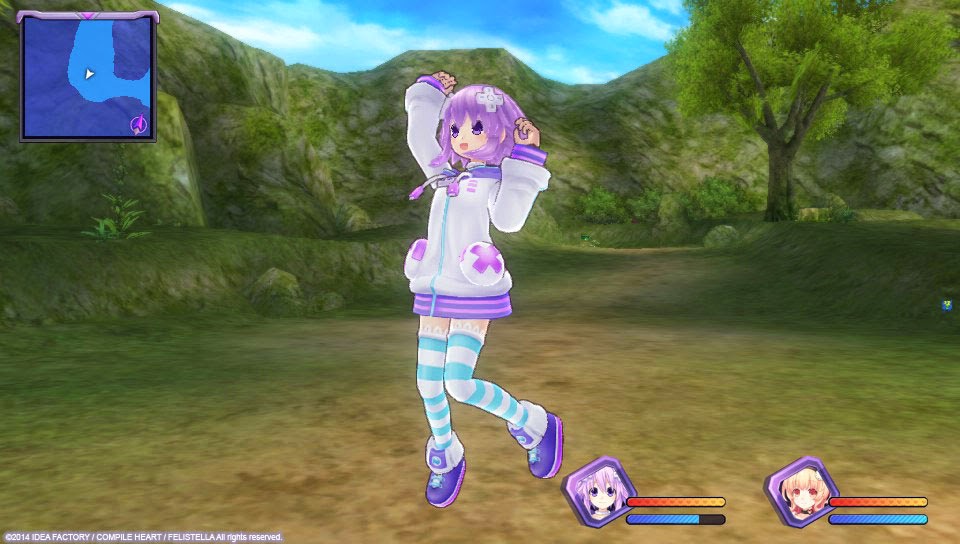 While the graphics in the Hyperdimension series have never been the sort to push the technical boundaries of the consoles they are produced for, they have a bright, colorful feel to them that holds up just as well then as it does now. The Vita’s screen makes a completely viable home for these graphics, which still pop on that small display. Similarly, the voice acting is cheerful, with likeable characters who look and sound like they would fit in with a variety of animes.

We had a chance to preview Re;Birth a couple of weeks ago, and our early impressions were favorable. Having had even more time to spend on the game since, those impressions not only remained positive, but have actually improved.

The storyline in the Hyperdimension series has always been about a comical representation of the ‘console wars’, and while it is nowhere near as deep or serious as some JRPGs out there, it is simple enough to follow and charming enough to be entertaining. Things kick off in exciting fashion, amidst a big battle where our titular character Neptune wakes up without any memories afterwards. She is the goddess of a land called Planeptune – representing Sega. Lastation is meant to represent PlayStation, Lowee the Wii and Leanbox the Xbox – each with its own over-the-top goddess battling it out for supremacy over the others in the land of Gamindustri. It is very easy for me to see how this storyline may not appeal to everyone. My son for example just could not get into the characters or the overall plot. 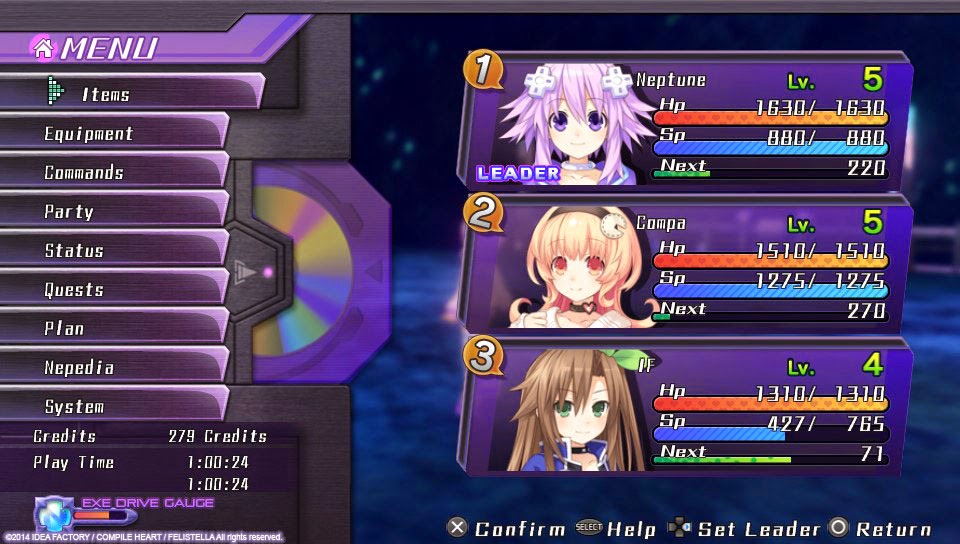 There is an absolute mountain of text and voice, which has been localized wonderfully. This in and of itself is deserving of mention because that is no small task – especially when there is this much written dialog. By and large, the story is not what received the significant update here, however. It is the gameplay itself. However, there is enough reading to be done that at times it can feel more akin to a visual novel like Xblaze than a true game. That too could turn some gamers off.

First and foremost, this shows itself in the combat. The original Hyperdimension title had a simplified, but often frustrating battle system that I personally struggled to get into. Re;Birth utilizes the same one found in Hyperdimension Neptunia Victory, and this is a great decision. The field of combat offers a lot of movement and flexibility, as characters roam about to interact with enemy monsters. Different attacks have different ranges and types of effects, so trying to strategically place a character so they can do maximum amounts of damage just feels incredibly rewarding. By the same token, while there is offensive strength in numbers, there is defensive vulnerability as well as an enemy may launch an attack that can strike multiple characters of yours as well, turning the tides in a hurry.

Combat gains more layers over time as additional skills are learned, but none are more rewarding than the EXE gauge, which allows your characters to transform into their goddess selves and perform incredibly powerful and visually rewarding super attacks. These are an absolute treat when you get to pull them off, similar to how a summon in a Final Fantasy title creates an over-the-top visual right before slamming your enemies with a ton of damage. We showed off some gameplay footage in a prior preview, including a couple of these EXE attacks. These do come in handy as the game’s difficulty can swing on you at unexpected times. The majority of Re;Birth is cupcake easy, but every now and then a fight works its way in that really makes your strategic approach very important and one or two missteps can mean defeat. 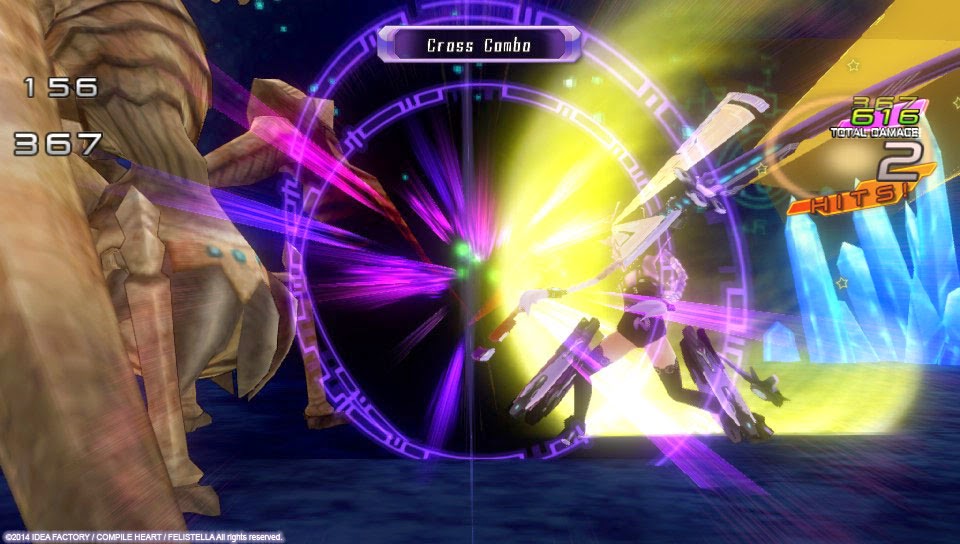 Thankfully Re;Birth seems to know just how long of a game it should be. A few dozen hours in, and the combat was starting to get somewhat repetitive to me, and the characters and story felt like they were perhaps threatening to also begin to feel like they were losing some of their likeability, but Re;Birth comes to a solid end at just about the right time.

Everything from the bright visuals, playful story, young-sound voice actors and charming characters make Hyperdimension Neptunia Re;Birth1 fun to play. The unexpected level of depth in the combat and character progression gives gamers looking for more plenty to sink their teeth into as well. I am not a big fan of remaking a game just for the sake of remaking it, but here Re;Birth took the original title and made significant improvements in almost every area, completely validating the choice to recreate Neptune’s original adventure.